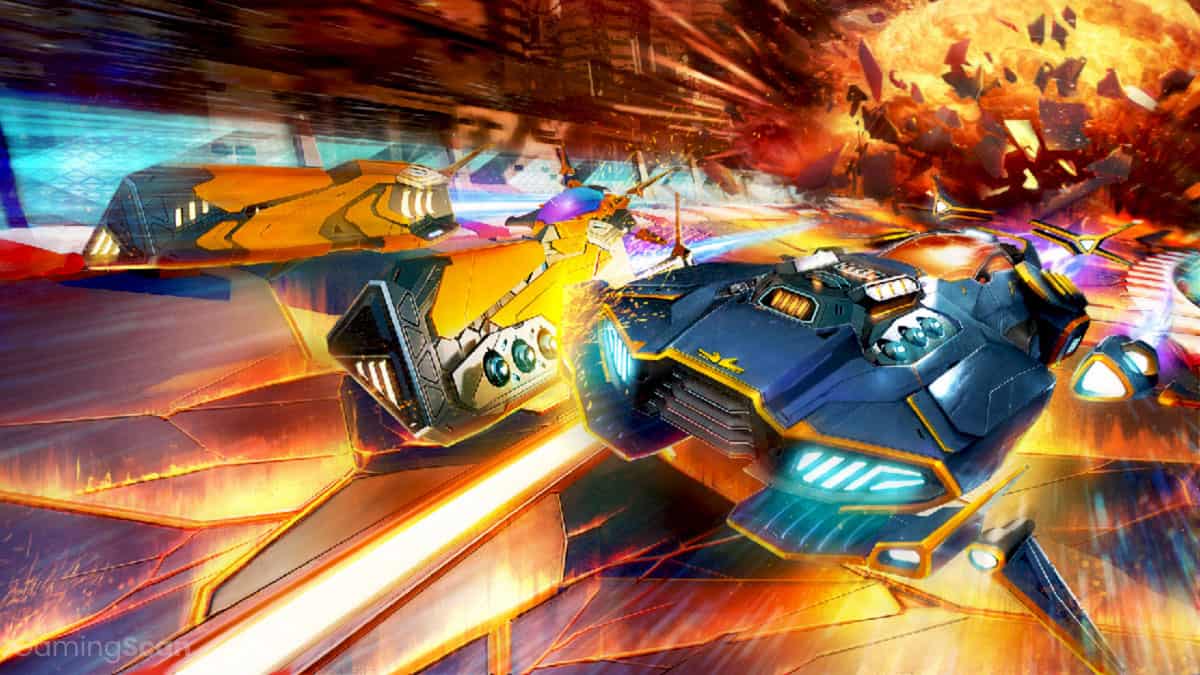 From F-Zero to Wipeout and everything in between, futuristic racing games have been around for decades and have managed to stand the test of time.

So whether you enjoy gliding across neo-city landscapes, driving sleek sci-fi vehicles, or experimenting with anti-gravity mechanics, this list is for you.

Join us as we count down our top picks for the best futuristic racing games on Steam, PlayStation, Xbox, and Nintendo Switch platforms.

For more recommendations, check out our growing library of curated gaming lists, and comment below with your favorite futuristic racers of all time!

To get started, we’re highlighting Hovercars 3077: Underground, a combat racer set in the far future where flying cars compete on apocalyptic tracks with harsh weather conditions.

In this high-octane racing game, players can collect and buy cars using Bitcoins before heading into one of several modes such as league, time trial, or arcade.

There are 15 tracks to start with and 70 different hovercars to unlock, each offering a unique driving experience and performance based on the vehicle’s gravity, weight, and speed.

Lastly, the game supports local and online multiplayer where you and a friend can compete to see who the better driver is.

The spiritual successor to Wipeout and a direct follow-up to developer 34BigThings’ critically acclaimed racer, Redout 2 is a fun and fast-paced futuristic racing game.

Much like the original, gameplay sees you pushing vehicles to reach impossibly high speeds on anti-gravity tracks spanning both single and competitive multiplayer game modes.

This all comes together to deliver one of the best futuristic racing game experiences of 2023.

Pacer is another supercharged anti-gravity racer modeled after the Wipeout series, with some of its development team having direct involvement with creating Wipeout 3.

Similar to those games, Pacer emphasizes craft and weapon customization throughout its single-player campaign and explosive PvP races.

Players have the option to choose from four speed classes ranging from 400 km/h to over 1000 km/h before putting their skills to the test in modes like Elimination and Endurance.

To help get you in the zone for some futuristic combat racing, Pace lets you create a personalized playlist from over 80 songs, including exclusive tracks by CoLD SToRAGE.

Those looking to shake up their racing game library with new and inventive titles are welcome to check out get REKTorized, a free-to-play futuristic racer created by docfo4r.

In it, players can dive into a story mode with both narrative and literal twists that see you gliding across intricate tracks inspired by retro racing titles.

There are nine teams to join up with, each with its own selection of unique ships with distinct looks, stats, and race voice announcers.

Outside of the campaign, players can explore classic and new PvP race modes, including experimental originals like ParticleAccelerator and HauntedCity.

Anyone who’s spent enough time researching futuristic racing games has likely come across GRIP: Combat Racing at some point or another.

Originally released in 2018, this fast-paced combat racer drops players in a sci-fi setting where vehicles can not only drive on the ground but also on walls and ceilings.

These options definitely come in handy while trying to dodge incoming bullets from enemies before firing back your own barrage of projectiles, homing missiles, and more.

Longtime genre fans will feel right at home behind the driver’s seat of GRIP’s 30-vehicle roster which includes some clever nods to Wipeout and F-Zero.

Developed as a love letter to the original Wipeout trilogy, BallisticNG is an anti-gravity combat racer with robust modding sandbox tools.

Set in the year 2159, the game has you gliding through futuristic courses littered with deadly weapons to help squash out the competition.

Much of BallisticNG’s design is centered on authentically recreating PS1 Wipeout-era game physics with streamlined controls and handling mechanics that are satisfying to master.

Beyond the single-player campaign, players have their pick of the litter when it comes to cross-platform multiplayer and can even create their own custom race types.

The single-player challenge takes players through 15 unique tracks with varying weather conditions and a host of vehicle customizations tied to different in-game teams.

Once you’ve earned all the Championship cups, you’re free to explore alternative modes like Time Attack and Custom.

In it, players take on challenging tracks stuffed to the brim with deadly obstacles and formidable AI ghosts that demand precision to beat in several race modes.

Getting to the front of the pack won’t be easy without using every tool at your disposal, including high-flying stunts that see you jumping, rotating, and soaring through the air.

Like many entries on this list, Distance features a powerful level editor along with local/online multiplayer for 2-4 players.

Another futuristic racing game that boasts neon-soaked visuals is the combat racer Phaseshift, which is currently in Steam Early Access.

Inspired by legendary 1990-2000s racing franchises like Wipeout, Extreme-G, and Rollcage, the game has you engaging in madcap vehicular combat with 16+ unique abilities and weapons.

Weapons cover a wide swath of sci-fi technology such as plasma launchers and laser cannons as well as the more “conventional” homing missiles and proximity mines.

What’s more, each vehicle can be equipped with up to four abilities at any given time, allowing you to devise on-the-fly tactics and adjust your playstyle between races.

Carrying on, we suggest picking up Neodash, an indie arcade racer that focuses on speed and precision while drifting across gaps and traps throughout neon-drenched environments.

Each level sees you defining your own path as you try to maneuver around deadly obstacles and avoid falling into the abyss as the world disintegrates around you.

At the onset, players can take on a thrilling hand-crafted campaign, work their way through a plethora of community tracks, or try their hand at making their own.

Along the way, you’ll be able to unlock new car models, wheels, and other cosmetics to ensure your futuristic death trap looks as cool as possible.

One of the more standout entries on this list, Turbo Golf Racing is an arcade racer that combines futuristic gadgetry with golf-based objectives and a sprinkling of Rocket League.

Each match sees up to eight players competing to guide and slam their oversized golf balls into a hole before their opponents manage to do the same.

A successful win requires a mix of both speed and aggression as you race down futuristic-looking courses littered with obstacles and explosive power-ups.

Moving on we have Riptide GP: Renegade, the latest entry in the arcade racing franchise by Vector Unit that started life on mobile before expanding to PC and console releases.

In this iteration, players are transported to a future world where illicit hydro jet racing is all the rage.

Enter in you, an aspiring speedster ready to hop into the water and put your racing skills to the test in a deep career mode with vehicle customization and a boost-replenishing trick system.

Over time, you’ll unlock new tricks, upgrades, and hydro jets to add to your collection and bring along in local/online matchups against other players.

Taking its cues from Nintendo’s F-Zero series, Super Pilot is a retro-inspired futuristic arcade racer that sees you gliding across tracks at ridiculous speeds.

Unlock many of its contemporaries, the game strips out physics and weapons in favor of purely skill-based racing where mastering boost, drift, and speed is essential to winning.

Tracks are just as demanding and will catch you by surprise with their impossible loops and turns that can be made even more complex by designing your own via an in-game editor.

Lastly, races can support up to 48 AI opponents and 4-player split-screen with global leaderboards.

In it, players use every part of their surroundings to guide anti-gravity spaceships through intricate environments comprised of abstract architecture.

These serve as ideal surfaces for carving out the perfect racing line in solo, online multiplayer, and local split-screen races with up to four players.

We suggest picking up the Hyper Edition, which tacks on new content in the form of an expanded campaign, competitive multiplayer modes, a trick system, and visual upgrades.

To conclude our list of futuristic racers, we recommend checking out Fast RMX, the third installment in the Fast series and exclusive to the Nintendo Switch.

The single-player campaign features 10 cups spanning 30 courses and there are also 15 unlockable vehicles in the game.

Last but not least, Fast RMX supports up to four players locally and up to eight players online via Nintendo Switch Online. 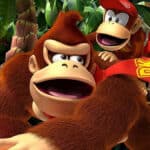