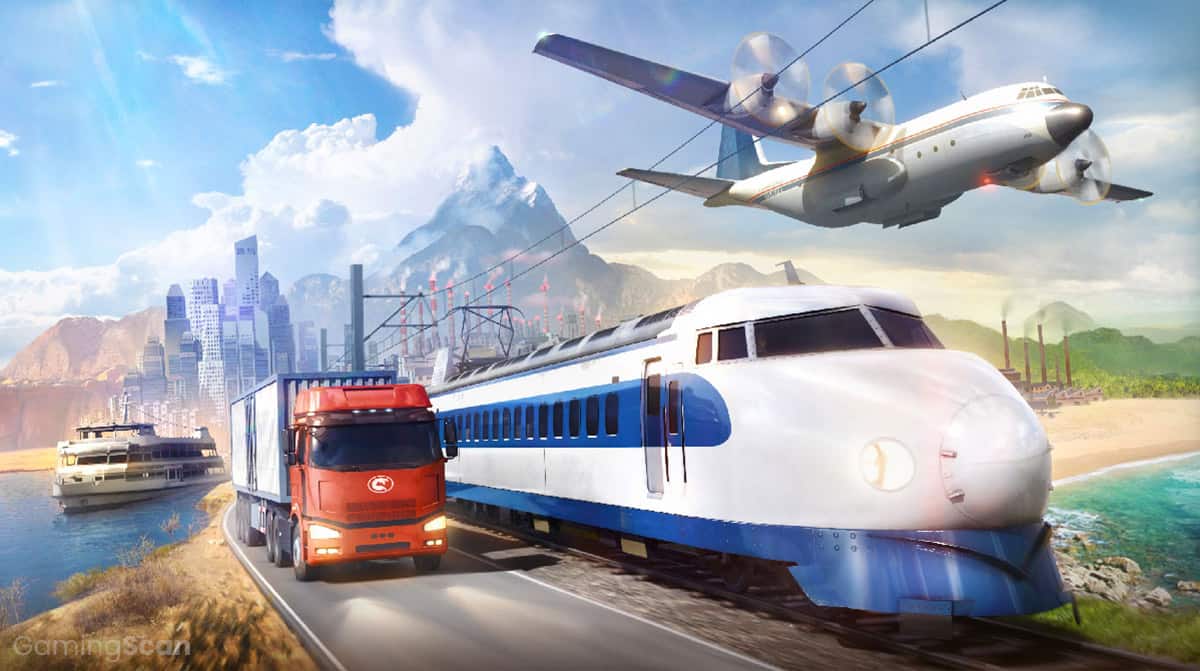 If you enjoy hauling cargo and getting passengers to their destinations safely and efficiently, then there’s a good chance you’ll enjoy playing the best transportation games.

From driving sims to tycoon games, you’ll find strategy, automation, and resource management at the heart of these logistics-driven transportation games.

To help steer you in the right direction, we’re highlighting the best transportation games on Steam, PlayStation, Xbox, and Nintendo Switch to play in 2022.

To get started, we’ve chosen to include Mini Motorways, a strategy simulation game that focuses on designing road maps for growing cities to meet any and all traffic demands.

In it, you’re tasked with creating traffic networks one road at a time until eventually weaving a web of intricate pathways spanning an entire city.

All the while, you’ll be unlocking new upgrades to meet shifting priorities as well as improvising to overcome new logistical challenges and keep your roadways clear.

Our next suggestion for transportation games is Railbound, a relaxing indie puzzle game about fixing train connections while traveling around the world.

Joined by a pair of train conductor dogs, you’ll connect and sever railways across the globe by placing, removing, and rerouting track connections.

The game has a cozy comic book look to it and offers 150+ brain-teasing puzzles with various terrain, hills, and twisty passageways for you to try and navigate.

Building off of its predecessor, Transport Fever 2 sets a new standard for classic transport sims that transcends land, water, and air.

Using intuitive construction tools, you’ll build and expand your transportation empire while leveraging railroads, road vehicles, aircraft, and ships to get people and goods where they need to go.

This can be done via a campaign mode that spans transportation history across three continents and a free-play mode with several configuration options that introduce new challenges.

Next up is Derail Valley, a train simulation game that has you driving massive locomotives and building your career in a vast open railway network.

Your primary task is to deliver cargo to various industries spread out across a sprawling open world with beautiful and challenging environments to overcome.

Money earned from completing jobs can be used to buy new licenses, upgrade trains, and advance your career as a train engineer.

Rail Route is another train simulation game but takes a more barebones, minimalist approach with its UI design and puzzle-style gameplay inspired by railroad dispatching.

In it, you construct your own sprawling rail network with control over traffic and the ability to keep expanding as you unlock new technology, infrastructure upgrades, and automation tools.

The game includes three modes: Endless, Rush Hour, and Timetable, along with an in-game editor for designing your own maps.

Like many resource management games, Satisfactory tasks players with streamlining their production chains to create the most optimal system possible.

This requires a great deal of planning and exploration as you scout out the best locations to harvest resources and get to work building conveyor belt networks.

Doing so allows you to get your materials to their next destination so that you may refine them and craft new weapons, tools, buildings, and vehicles.

Factory Town is another game in the same vein as Satisfactory that revolves around building, automating, and optimizing your production lines.

As you would expect, this requires plenty of transportation as natural resources are typically far from your village’s processing factories.

To get them where they need to go, the game provides you with an array of tools and machines that includes conveyor belts, trains, chutes, pipes, and even manned airships.

Taking transportation to the skies, Fly Corp is a casual strategy game that has you developing your own transport network spanning multiple countries and cities.

The goal of the game is to make steady progress by opening new routes, buying planes, and unlocking upgrades to increase your airports’ capacities.

Along the way, you’ll discover new countries that can be added to your network and adapt whenever random events try to throw a wrench in the system.

One of the more popular transportation games on this list, Factorio challenges players to take blank slate sandboxes and turn them into production paradises.

Of course, this comes with its own set of challenges on an alien planet where natural resources like wood and ore are aplenty and the local wildlife is anything but friendly.

To avoid being overwhelmed, you’ll need to monitor assembly lines as materials travel across conveyor belt networks to your fortified bases.

Set in an infinitely large world, Voxel Tycoon is a management sim that has you mining resources and processing them into goods at custom-made factories.

Part of the game requires you to set up supply chains and passenger routes using a fleet of trains, trucks, and busses that can be further expanded via modding.

As your business grows, you’ll see surrounding small towns turn into giant cities with thriving economies powered by your hard work as a transporter.

Blending both city builder and tycoon gameplay, Workers & Resources: Soviet Republic is a real-time strategy game about managing your own nation’s industries.

Given the role of leader, you’ll transform a poor country into a rich industrial superpower by building infrastructure, gathering resources, manufacturing goods, and managing traffic.

To be as immersive as possible, the game includes a fully simulated economy with fluctuating prices and demands that have to be taken into account when planning your next move.

Mashinky is another strategy game about train transportation and building your own empire on procedurally generated maps with gorgeous landscapes.

In it, you assume control of a transport company and get to work laying tracks on difficult terrain while researching technology, buying new vehicles, and managing existing routes.

The goal is to make as much profit as possible by efficiently transporting passengers and cargo in a competitive space with rival companies.

Played from an immersive first-person perspective, SnowRunner is a sandbox driving sim that sees you conquering extreme environments to transport goods.

These can range from thick pockets of mud to torrential waters and slippery snow that will challenge your driving abilities while putting your cargo at risk.

As you complete assignments, you’ll find yourself unlocking new vehicles and equipment to make things easier or pull yourself out of trouble when things get rocky.

This list wouldn’t be complete without at least one entry in the Truck Simulator series, which continues to be among the most-played transportation games.

To conclude our list, we’re throwing in a beloved city builder management sim that places a big focus on transportation.

In Cities: Skylines, players set out to create massive metropolises with all the necessary amenities and infrastructure required for modern life.

This covers everything from education and policing to water, electricity, and roadways that have to be carefully constructed and managed using intuitive tools. 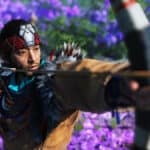