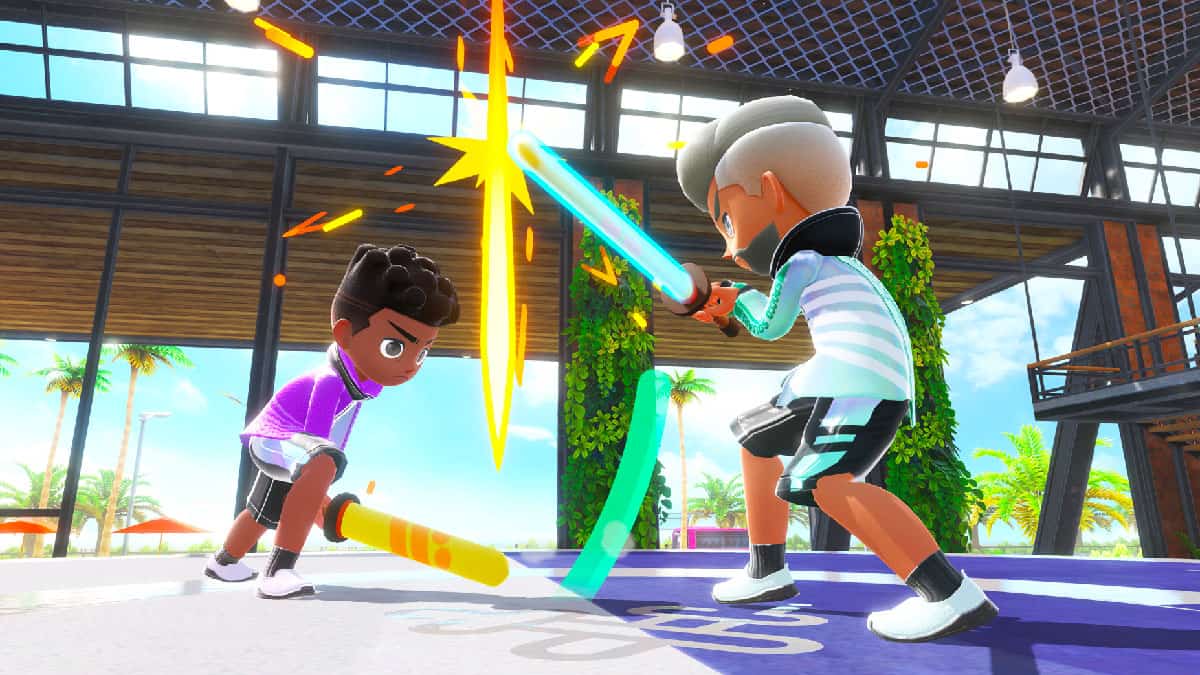 When it comes to motion control sports games suitable for the whole family, no one has the market more cornered than Nintendo.

Along with the killer apps Wii Sports and Wii Fit, the company has also put out games like Ring Fit Adventure, Nintendo Switch Sports, and various Mario Sports titles.

So if you’re a Switch owner looking for more ways to exercise while having fun, keep reading on to see our suggestions for the best games like Nintendo Switch Sports in 2022.

Last but not least, consider bookmarking this list and checking back in the future for more Switch sports and party game recommendations.

Anyone who gets excited by facing off against their friends in sports games like Nintendo Switch Sports can keep the competitive spirit going with Mario Strikers: Battle League.

Shying away from realism in favor of chaotic, balls to the wall mayhem, the game includes a wide array of power-ups and special attacks at players’ disposal.

Super Rush is the sixth entry in the Mario Golf series and offers casual sports gameplay reminiscent of games like Nintendo Switch Sports.

Included is an extensive roster of familiar Mushroom Kingdom characters that have gathered together for some healthy competition across a variety of golf modes.

One of Super Rush’s new additions is Speed Golf, a mode where players race to complete courses in the shortest amount of time, rather than the fewest strokes.

This game is the perfect remedy for anyone still feeling bummed out over golf’s absence in Nintendo Switch Sports.

While the latest Nintendo Switch Sports does include tennis, its features are not as extensive as a dedicated tennis title such as Mario Tennis Aces.

Furthermore, this official sixth entry in the Mario Tennis series brings with it a ton of new content, including a story mode where Mario and Toad set out to rescue their friends.

Like Switch Sports, there are several multiplayer modes where you and your friends can compete in standard and modified tennis matches using special powers.

Since its release, Mario Tennis Aces has received support in the form of post-launch DLC that adds more characters to its base roster.

If you’re searching for a party game like Nintendo Switch Sports that can be enjoyed with friends or the whole family, Mario Party Superstars is the best alternative.

Designed to celebrate Mario Party’s legacy, it includes five classic boards from throughout the series along with a total of 100 mini-games based on previous Mario Party titles.

Much like Nintendo Switch Sports, the game supports motion controls using the Switch joy-con in either local or online multiplayer modes.

Even if most of the mini-games included aren’t necessarily sports-based, you should have no trouble finding some new favorites to play over and over again.

Having fallen out of favor with fans after several less-than-stellar releases in the series, Mario & Sonic has returned in full force.

Mario & Sonic At The Olympic Games Tokyo 2020 sees these two classic gaming rivals coming together to compete in a variety of Olympic events with support from their extended universe of characters.

It’s the first game in the series to offer a story mode in addition to alternate 2D events that adapt classic Olympic games to retro-inspired 8 and 16-bit graphics.

This makes it the perfect recommendation for any Nintendo Switch Sports players looking for something similar to play.

Want the excitement of Nintendo Switch Sports but in a more relaxing setting? Then consider picking up the Namco Bandai party game Go Vacation.

Originally released for the Wii in 2011, it was later ported to the Switch in 2018 with a host of new features including a photo mode for capturing your favorite moments.

In it, players explore four resorts across the tropical Kawawii Island and participate in over 50 activities and mini-games, including sports like golf, tennis, and racing among many others.

Speaking of joy-con support, 1-2-Switch was one of the earliest games released for the console and does an excellent job showcasing the Switch controller’s features.

Comprised of 28 mini-games, many of which are based on sports and party games, it sees one or more players competing using gesture-based inputs.

While the games themselves are pretty surface level and last only a few minutes, Switch Sports fans are likely to find some enjoyment with what’s included.

With that said, it can be argued that 1-2-Switch is more of a tech demo for the Switch hardware than a full-fledged game, so try to temper your expectations before going in.

Instant Sports Plus is another third-party-developed sports game like Nintendo Switch Sports that transports players to a tropical destination for some fun.

In it, you and your friends can explore a vibrant oasis to learn its history and mysteries while participating in 16 unique mini-games and sports.

From bowling to table tennis, jet-skiing, and more, Instant Sports Plus includes a nice variety of activities designed for up to 4-player local multiplayer.

Building off of previous Instant Sports titles, the game offers hundreds of items to unlock and use for customizing your characters.

Switching over to more exercise-focused Switch titles, Ring Fit Adventure is a great Nintendo Switch Sports alternative for anyone who wants to work up a sweat.

Building off of past Nintendo titles like Wii Fit and its Wii Balance Board, the game relies on the use of the Ring Fit wheel and thigh strap peripherals.

Throughout the game, players can unlock new workout activities to use as attacks during battles along with new workout gear and stat-boosting smoothies.

The Just Dance series skyrocketed to popularity on the Wii and Just Dance 2021 carries on that tradition on the Switch console.

Players can extend that library further by signing up for Just Dance Unlimited, a subscription service that adds hundreds of more songs to dance along with.

If you’re searching for another game like Switch Sports that plays like a classic Wii party game, the Clubhouse series is worth looking into.

It also offers an assortment of Wii Play classic mini-games like Shooting Gallery, Tanks, and Air Hockey in addition to Toy Baseball, Tennis, and Bowling.

You’ll find many of the titles included with Clubhouse Games support motion controls for up to 4 players both locally and online.

Building off of the original Fitness Boxing for Switch, Fitness Boxing 2: Rhythm & Exercise sees you punching, ducking, and dodging to the beat of catchy pop songs for a full-body workout.

In it, you select from one of nine virtual trainers before starting your fitness career and taking on workout routines tailored to your preferred intensity level.

As you progress, you’ll unlock new challenges and receive feedback from your trainer to help improve your skills and get the most out of your workout.

Similar to Nintendo Switch Sports, Fitness Boxing 2 allows you to bring along a friend for your rhythmic adventures.

Next up, Let’s Get Fit is another exercise gaming title for the Nintendo Switch that’s sure to get your blood pumping.

It offers a wide selection of pre-made workout programs that range from soft gymnastics to high-intensity cardio along with over 100 unique fitness moves to create your own.

To set you up for success, the game assigns you a trainer and uses an in-game calendar to track your progression and make sure you’re meeting your daily goals.

While it may take a more serious approach to exercise than Switch Sports, Let’s Get Fit is worth checking out for anyone who wants a proper gaming workout.

Our other recommendation for golfing on the Switch comes from indie developer Blacklight Interactive and puts a clever spin on the iconic sport.

As its name suggests, Golf With Your Friends is all about getting together with buddies and playing through several holes of miniature golf.

The twist here is that many of the courses and mechanics included are designed to push the limits of the sport by incorporating crazy new modifiers, obstacles, and gameplay elements.

With support for up to 12 players online, Golf With Your Friends becomes increasingly chaotic and fun the more people join your session.

Last up on our list is Rocket League, the hit soccer-meet-cars sports title from Psyonix that’s been available on the Switch since 2017.

In it, players get behind the wheel of flashy vehicles before heading into arenas for high-octane soccer matches with tons of room for skill and strategy.

Like Switch Sports, the game allows you to face off against your friends and family locally or take the action online in either casual or competitive multiplayer.

Rocket League also offers alternate modes based on other sports like basketball and hockey as well as an in-game shop where players can unlock new cars, skins, and cosmetic items. 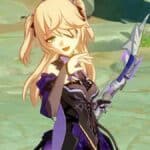