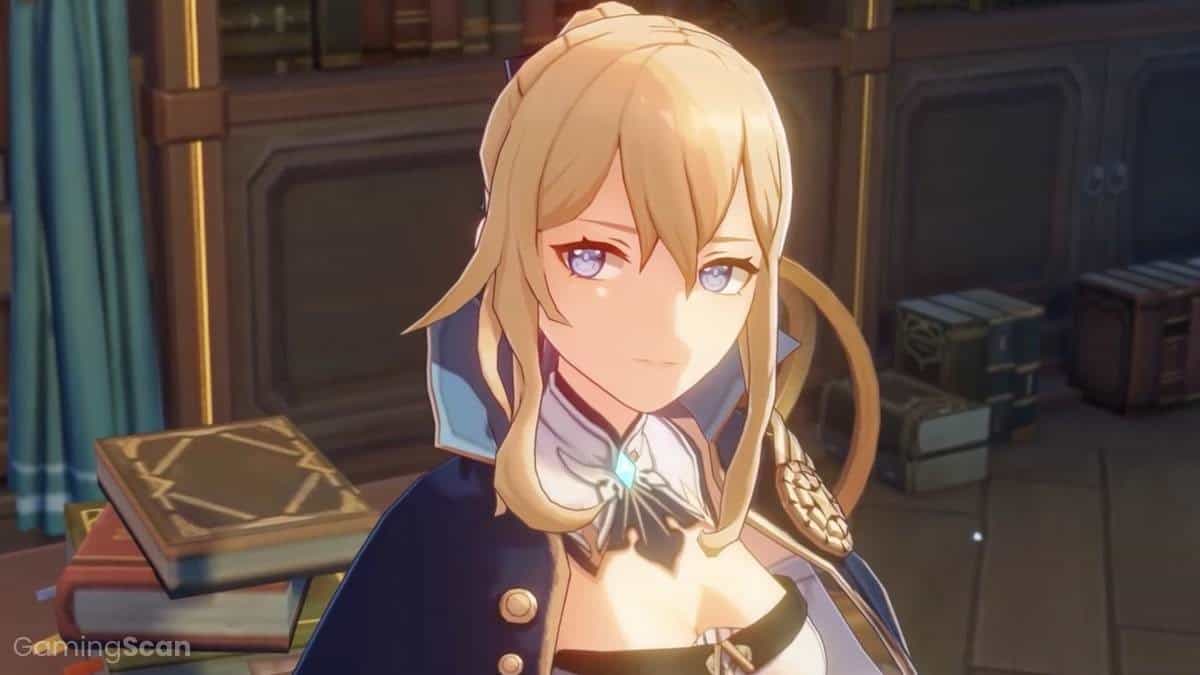 That’s a lot of team roles we’ve just mentioned, but somehow, Jean manages to excel at all of them. So despite her being one of the five Standard 5* characters that you’ve probably just lost the 50/50 to, Jean is an exceedingly useful Support that can be used in a plethora of team compositions.

She’s also a character who can be built and played in many ways. It’s not unheard of for players to run Jean as a Physical DPS. We’ll provide some footnotes on her Physical DMG build, but we’ll focus on optimizing her supporting capabilities since this is the role in which she shines the most.

In this Jean build guide, we’ll tell you how you should prioritize her talents, how good her constellations are, which weapons and artifacts you should give her, and which teams she’s good in.

So without any further ado, let’s begin the guide!

Jean’s stats are a bit all over the place. Despite the fact that all her healing scales with her ATK, she has a rather low base ATK—lower than that of several 4* characters. Her Ascension Stat is also Healing Bonus instead of ATK, which would have benefited her kit much more. And for some reason, she boasts the second-highest base HP in the game, tied with none other than Zhongli, whose whole kit revolves around his HP.

Yet despite all of this, Jean is not only functional, but powerful. Her ability to abuse falling DMG—which scales off of the enemies’ max HP—and one-shot enemies by drowning them is fun, but not something that’d net her an A-Tier ranking on our Genshin Impact Tier List. But her instantaneous team-wide healing and sizeable DMG she effortlessly does along the way are just that good. Not to mention the fact that she can use the Viridescent Venerer which is arguably the best artifact set in the game.

What’s more, she arguably has the best constellations of all Standard 5* characters. So let’s take a look at why you shouldn’t feel too bad about pulling duplicates of Jean.

Half of Jean’s constellations expand her repertoire of supporting utilities to include ATK speed and movement speed buffing, DMG mitigation, and—most importantly—Anemo Resistance shredding. The other half greatly increases her DMG and healing.

It’s never a great feeling when you’re trying to get a Limited 5* character, expend all of your hard-earned Primogems, and get your hopes up upon seeing the golden shooting star, only to get Jean’s portrait flashing on your screen. But once you get past the disappointment, you can at least find solace knowing that her constellations are all valuable.

We’ve mentioned it many times already, but we’ll say it again—Viridescent Venerer is arguably the best artifact set in the entire game. It not only boosts Jean’s personal DMG, but also allows her to buff the DMG of Pyro, Hydro, Cryo, and Electro DPS units into the stratosphere. Other artifact sets simply don’t come even close enough in terms of boosting Jean’s supporting capabilities. So, of course, you should give her a 4-piece Viridescent Venerer set.

In terms of stats, though, you’ll want to build Support Jean like a typical DPS unit. This means giving her ATK% on the Sands, Anemo DMG on the Goblet, and CRIT DMG/CRIT Rate on the Logos. You shouldn’t underestimate the DMG Support Jean can bring to the table if her abilities are given the chance to CRIT. Aim for a 1:2 ratio for your CRIT Rate and CRIT DMG.

If you’re using Jean in a team with an Anemo or Gao DPS, then use either a combination of 2-piece Viridescent Venerer and 2-piece Gladiator’s Finale/Shimenawa’s Reminiscence set bonuses, or make her an ATK buffer with the 4-piece Noblesse Oblige.

And if you’re building Jean as a Physical DPS, then give her a Physical DMG Goblet and a combination of 2-piece Bloodstained Chivalry and 2-piece Pale Flame set bonuses. The 2-piece Gladiator’s Finale and 2-piece Shimenawa’s Reminiscence are also viable alternatives.

Xingqiu is the secret ingredient that makes all F2P Electro-Charged teams possible to run, and this one is no exception. His Off-Field DMG and Hydro application is essential for making this team work properly. No other character can replace him. But Jean is great at supporting any Elemental DPS who’s not Anemo or Geo, so if you don’t have Xingqiu, you can easily slot her into another team. It just won’t be an Electro-Charged team.

Beidou is the character who will likely be dealing the most DMG in this team, despite her here also contributing all this DMG via her Elemental Burst while off the field. Jean’s job will be to reduce the enemies’ Electro Resistance to make sure Beidou’s raw DMG, as well as Electro-Charged DMG, both get buffed. Electro Traveler is a viable replacement for Beidou.

Rosaria is one piece of the puzzle needed for triggering Superconduct to lower enemies’ Physical Resistance. While any Cryo unit will do—like Kaeya or Diona—we prefer Rosaria for her high DMG, the ability to buff Jean’s CRIT Rate, and even her Physical DMG buffing, if you happen to have Rosaria’s C6.

Fischl is here to provide the second piece of the puzzle needed for triggering Superconduct. While any Electro character could do this job, we chose Fischl as she’s the most consistent Off-Field Electro application you can find in the 4* roster. Her constellations also all benefit Jean’s Physical DPS build. However, she is far from irreplaceable. The Electro Traveler is a great alternative, as are Lisa, Kujou Sara, and Beidou, provided you can feed them with enough energy to support their costly Bursts.

Yun Jin buffs up Jean’s Normal Attacks like no other character in the game can. And for Physical DPS Jean, Normal Attacks are her main source of DMG. If you don’t have Yun Jin, you can either replace her with Bennett, or another Cryo or Electro support mentioned above. Beidou works particularly well with Fischl.

Xiao is the main DPS in this team. He relies on Jean to feed him with Energy, keep him healed up, and—if you’re lucky enough to have her at C4—shred the enemies’ Anemo Resistance. With two Anemo characters, you also get the Anemo Resonance, allowing both Jean and Xiao to activate their Skills more frequently. Since Xiao is an Anemo unit, you won’t get any benefits from the 4-piece Viridescent Venerer set in this team, so you should opt for some alternatives.

Albedois here for his plentiful Off-Field DPS as well as to unlock the Geo Resonance, which provides Xiao with a substantial DMG increase. Instead of Albedo, you can use Bennett.

Is Jean Worth It?

The way we see it, Jean is the most universally useful Standard 5* character you can get.

Keqing and Diluc are DPS units who got power crept and Qiqi technically heals more than Jean but offers none of her other utilities. You could argue that Mona is better because she’s part of the so-called Morgana team—one of the strongest meta teams in the game—but outside of this one specific team which requires many Limited 5* characters and is therefore inaccessible to many players, she sees next to no use.

Jean, on the other hand, is a universal support who can be slotted into any team and offer enormous, instantaneous team-wide healing, Resistance shredding, and loads of Anemo DMG. All of this makes her the most worth it Standard 5* character in our eyes.

However, she’s still not worth wasting Primogems on the Standard Banner for—no character is. But if you already have to lose the 50/50 sometimes, Jean is one of the best consolation prizes you can get thanks to her ability to support many teams, serve as a Physical DPS for new players, and her overall good constellations. 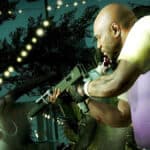