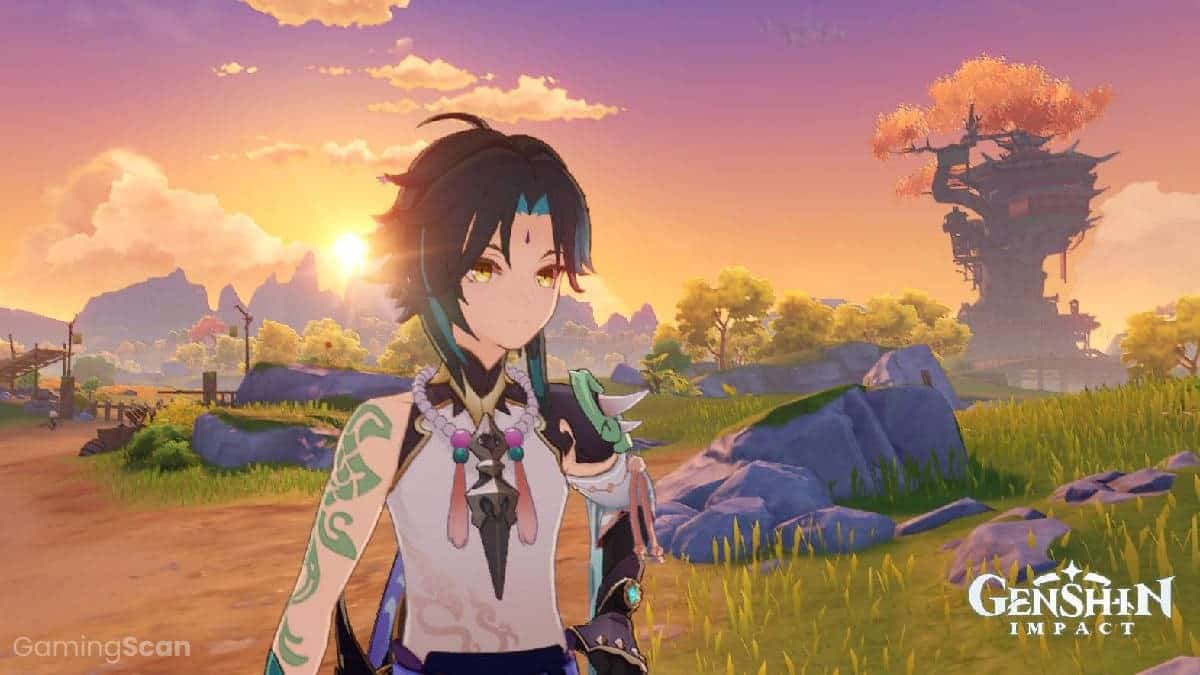 Xiao is an Anemo Polearm user known for his insane AoE DMG output. As a hypercarry—a one-man army who deals amazing DMG but also demands active field time to do so—Xiao is one of the most powerful units in the game. He is also one of the most F2P friendly hypercarries in the game. In other words, everyone’s favorite Adeptus edgelord has a lot going for him.

However, Xiao is definitely not a character that’s for everyone. Even discounting the fact that his Plunging Attack-oriented gameplay can leave some players feeling nauseated, Xiao suffers from a lack of support. He has no artifact set tailor-made for him and even his signature weapon doesn’t feel as impactful as, say, Raiden Shogun’s signature weapon feels on her.

In this guide, we’ll cover everything you need to know about Xiao and how you should build him and play him in order to maximize results. We’ll also discuss the value of his constellations, his best teams, and ultimately, whether or not he is worth your Primogems.

Xiao really is unlike no other character. While his gameplay may not be for everyone, what with the Plunging Attack spamming, those who love this play style will find no other character in the game who can scratch that itch. As an Anemo DPS, there are also no Elemental Shields that can render him useless during his infusion, which is the case for all other Elemental DPS characters excluding Geo ones.

His gameplay is also very simple, requiring you to expend the Skills, Bursts, and buffs of other characters before switching to Xiao and then simply going ham—no need to worry about complicated rotations. As stated previously, you do have to cast his Elemental Skill before casting his Burst in order to get some Energy back, and most of the buffs you can give him will expire before his Burst ends, allowing for some gameplay nuance, but mostly you just Unga Bunga your way through most content.

His gameplay can get completely transformed through constellations, though, so let’s examine those.

The reason Xiao is so F2P friendly is because his constellations are, for the most part, absolute garbage. His C1 is okay, and his C6 is transformative, but nothing in-between offers any value whatsoever. Even then, you aren’t always guaranteed to do more DMG as a C6 Xiao than a C0 Xiao when fighting single Boss enemies.

In other words, C0 Xiao is almost as good as it gets for this character. Whether this is a pro or a con is up to you to decide.

The sad truth is that Xiao still doesn’t have any artifact support whatsoever. There have been leaks and rumors of a dedicated 4-piece Anemo DPS set, but so far nothing has come of these rumors.

This means that he has to scrounge up 2-piece bonuses for maximum value. At the moment, he gets the most value from mixing a 2-piece Viridescent Venerer bonus with either a 2-piece Gladiator’s Finale or a 2-piece Shimenawa’s Reminiscence bonus. Unfortunate as this is, it does make Xiao easier to build than other characters.

If and when he gets a dedicated artifact set for him, he’ll become an even better hypercarry.

As far as main stats go, Xiao adheres to the standard DPS formula—ATK% on the Sands, Anemo DMG on the Goblet, and CRIT DMG/CRIT Rate on the Logos. For maximum DMG output, it’s recommended to keep the ratio of CRIT Rate to CRIT DMG at 1:2.

Anemo is the best Element at supporting other Elements, but it doesn’t support itself all that well. And other Elements only know how to be on the receiving end of buffs when combined with Anemo. In other words, it doesn’t matter which Elements you stack Xiao’s team with. As you’ll soon see, one of his best teams features 2 Anemo and 2 Geo characters. Since Anemo and Geo are mutually inert, this means that such a team is unable to create any Elemental Reactions on its own.

Much more important than simply the Element of the characters you pair up with Xiao are the kits of said characters. So let’s see who Xiao’s best teammates are.

Xiao is a selfish DPS. He needs to be the active character to deal DMG, and you don’t want to swap other characters in early as this will end Xiao’s Burst prematurely. With that in mind, Xiao is best paired up with Burst supports and characters with off-field impact.

Sucrose provides loads of Anemo Energy to battery Xiao’s expensive Burst, especially if you equip her with Sacrificial Fragments. Her Skill and Burst also both group enemies, making it easier for Xiao to DMG multiple targets with his Plunging Attacks. Last but not least, as the second Anemo character, Sucrose provides you with Anemo Resonance, letting the entire party spam their Elemental Skills more frequently. Sayu is a decent substitute for players who don’t have Sucrose, and if you have neither of them feel free to use Anemo Traveler.

Bennett both heals Xiao and buffs his ATK into the stratosphere. It’s imperative that you run a healer alongside Xiao, and Bennett is easily the best healer F2P players can team him up with. If you don’t have Bennett or can’t spare to put him in Xiao’s team, consider running Diona, as she can both heal and shield Xiao.

Xinyan is famously considered one of the worse characters in the game. Our Character Tier List reflects this sentiment. But in this team comp, she works incredibly well. Xiao needs a shield to do his thing and Thoma’s shield doesn’t synergize with him at all, due to its incompatibility with Plunging Attacks. Thanks to Sucrose’s grouping abilities, she can also easily proc stronger versions of her shield. Her shield’s Pyro afflicting pulses can  set Xiao up for doing some extra DMG via Swirls. And on top of all that, as the second Pyro character in the team, she’ll give you access to the amazing ATK buffing Pyro Resonance. If you don’t run Bennett though, then you shouldn’t run Xinyan either. In this case, consider running Fischl for some extra off-field DMG and guaranteed Swirls.

This is the team we mention which is incapable of creating any Elemental Reactions on its own.

Jean puts her jack-off-all-trades kit to great use here, acting as a battery for Xiao, a healer for the entire team, and even a cleanser. What’s more, as the second Anemo character, she unlocks the Anemo Resonance. While other Anemo characters may be able to replace Jean at earlier constellations, a C4 Jean is the best support for Xiao in the entire game. Of all the Elements in the game, Anemo is the most difficult to shred Resistance for, and her C4 shreds Anemo Resistance by a huge amount.

Zhongli is great at supporting all characters, but Xiao needs his support more than most. Xiao is vulnerable to DMG while jumping to perform Plunging Attacks. Any attack received mid-air has the potential to stop his attack and send him plummeting on his back. Zhongli’s shield eliminates this risk. Furthermore, Zhongli’s shield also provides Anemo shred, and unlike most buffs in the game, it lasts for the entire duration of Xiao’s Burst.

Albedois basically Zhongli’s +1. In other words, if you don’t have Zhongli in your team, there’s no reason to put Albedo there either. But together, they buff Xiao’s DMG through the amazing Geo Resonance and provide massive amounts of off-field DMG. Albedo’s C4 is also one of the rare ways to buff Plunging Attack DMG, so if you have him at C4, that’s even better.

Is Xiao Worth It?

There’s a lot that Xiao lacks, which most other DPS characters have, including:

On top of this, his kit of full of inconveniences, such as his Elemental Skill only generating particles outside his Burst, his Burst not snapshotting buffs yet lasting longer than most buffs, and even the whole HP drain mechanic.

Yet through raw DMG alone, Xiao is still able to compete with even S-Tier DPS characters.

This means that, in addition to being perfectly strong at the moment—if clunky to play—Xiao can only get stronger as more Anemo characters get added into the game and a DPS Anemo artifact set finally gets released.

In other words, you shouldn’t skip Xiao out of fear of him being power-crept. If you need a powerful Hypercarry, you won’t regret spending resources on Xiao.

However, if Plunging Attack spam isn’t your jam, then he isn’t worth it. So make sure to test him out before committing your Primogems. In addition to this, if you want a character with more versatility, you should also skip him. Unlike Ganyu and Zhongli, who can be played in many ways, Xiao is only ever going to be useful as an on-field Hypercarry. If you already have enough main DPS characters, it’s better to skip him for some supports. 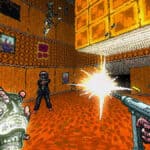