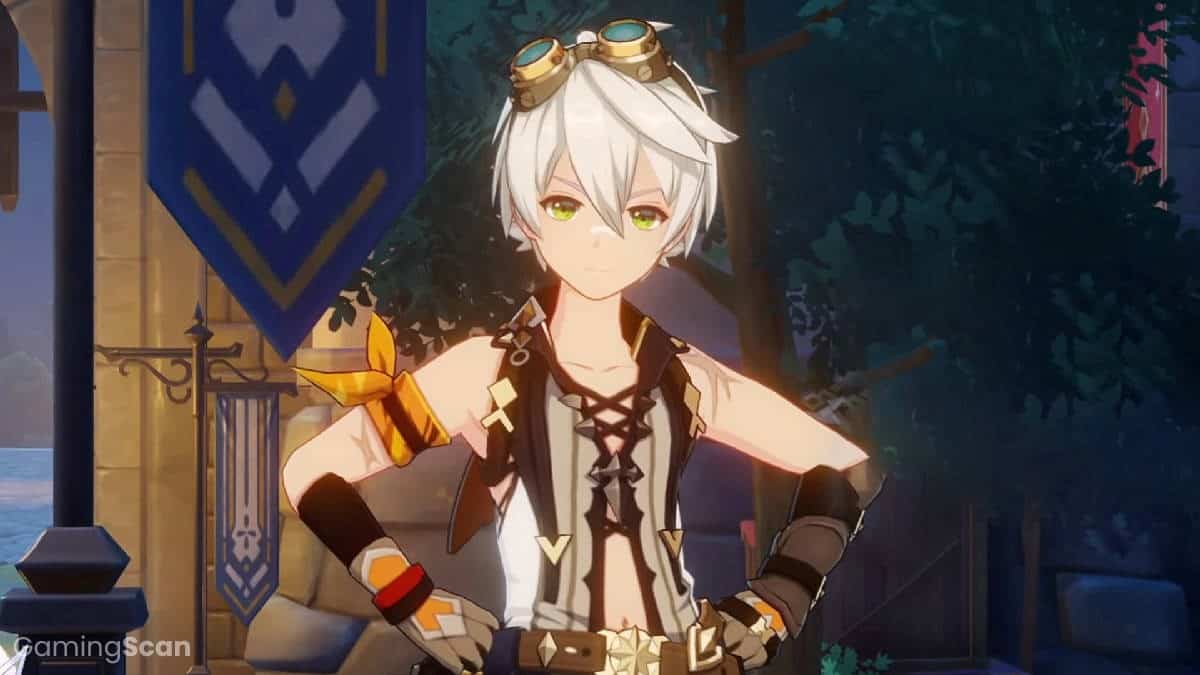 Bennett is a 4* Pyro support character that can heal and provide massive ATK buffs to your on-field DMG dealers. This ATK buff is so immense that Bennet is hailed as arguably the best and most valuable character in the entire game. At the very least, there’s no doubt that he’s the best 4* character, and that he eclipses many 5* characters in terms of the value they bring to the team.

With that being said, even though we ranked Bennett in S-Tier, you still have to be careful about how you build him if you want to see S-Tier results. In this guide, we’ll show you how to prioritize Bennett’s talents, discuss how valuable his constellations are (and which one you should AVOID!), and finally which weapons and artifact sets fit him the best. As always, we’ll also provide you with the best F2P and Whale team compositions for Bennett, as well as one extra team composition in case you want and activated the constellation you weren’t supposed to.

Since the entire game’s meta quite literally revolves around Bennett, we’ll also add an extra segment dedicated to characters that don’t depend on Bennett to enable them. This is important, as the most difficult endgame content requires you to build two teams with unique characters, and you can only put Bennett in one of them.

So with all of that out of the way, let’s begin.

Bennett’s kit is simply amazing. Correction—Bennet’s Elemental Burst is just brokenly good. The Elemental Skill is only used for generation Elemental Particles, not for its DMG. But this doesn’t matter, precisely because of how good the Burst is.

Technically, the Burst lasts for 12s and has a 15s cooldown. This is already great uptime. But on top of that, the ATK bonus he provides lingers for an extra two seconds, meaning that you can maintain almost constant uptime on his ATK bonus. And the ATK bonus is huge, scaling slightly past 100% of Bennett’s base ATK at talent level 10.

Compare this to Sara—the other ATK buffer whose buffs are clunkier to get, last shorter, and don’t scale nearly as well. In other words, many DPS and sub-DPS characters simply rely on Bennett to do their best and feel gimped without him. Bennett gets even better with constellations, but there’s one you should avoid like the plague, so let’s discuss all that.

To reiterate, while Bennett is already good at C0, it’s his C1 that turns him into a truly broken unit. At C5, his DMG boosting capabilities get another huge spike, with everything in between being largely inconsequential.

If you’re looking to run a wonky DPS Bennett build, then C6 is incredible. It’s also highly impactful in certain team comp. But in others, it can be devastating for the same reason we’ve ranked Chongyun so low on our Character Tier List—many melee DPS characters are only done a disservice when their attacks are forcibly converted into Pyro. For this reason, Bennett is best left at C5.

Hopefully, miHoYo will add the option to manually turn obtained constellations on and off. This would make Bennett even better in certain teams. Until then, you have to think long and hard whether that C6 is worth activating. If you’re a dedicated Diluc main, then it is. But you have to be really dedicated at that point.

Since Bennett’s ATK buff isn’t affected at all by artifacts, these are best spent optimizing the consistency and healing of his Burst. To this end, we recommend giving him an Energy Recharge Sands, an HP Goblet, and an HP Logos. If you find that you already have plenty of Energy Recharge from your weapon or substat, you can even go HP on the Sands.

In terms of substats, you’re aiming for Energy Recharge, HP%, and flat HP. Elemental Mastery doesn’t hurt either, but it’s not a requirement by any means.

As far as set bonuses go, you’ve effectively got only one option—the 4-piece Noblesse Oblige. The 2-piece bonus is wasted on Bennett, but the added teamwide ATK% buff of the 4-piece bonus doubles down on what Bennett already excels at.

There is, however, an amazing combination of two 2-piece bonuses that shouldn’t be overlooked. We’re talking about the 2-piece Tenacity of the Millelith for the extra HP together with the 2-piece Emblem of Severed Fate for extra Energy Recharge.

Technically, you could also go 4-Piece Tenacity of the Millelith. The 4-piece bonus is yet another ATK buff, but one that lasts several times shorter and that Bennett needs to be active to reapply, which is why we don’t recommend it.

In other to understand why Bennett is as good as he is when paired with many characters, you have to first understand the concept of snapshotting. Snapshotting is the characteristic of some (but not all) abilities in the game that last a long time, but calculate all their DMG based solely on the character’s stats as they were at the moment of casting the ability.

You can refer to the following list to see which abilities of which character snapshot. Abilities marked with a plus do snapshot, and those marked with a minus don’t. If a character isn’t on the list, then none of their abilities snapshot.

The so-called national team is a proven F2P powerhouse that can tackle even the hardest endgame content with relative ease.

Xiangling is the main DMG dealer thanks to her Pyronado, which you should always remember to snapshot. As the second Pyro character, she also enables the Pyro Resonance, further buffing the entire team. Xiangling is free for all players, so accept no substitutes! Bennett and Xiangling form the core of many great teams, not only F2P ones.

Xingqiu also does loads of off-field DMG. In this case, we’re talking about Hydro DMG that’s going to Vaporize the enemies affected by Pyronado. Since no other F2P character can apply Hydro like this, we suggest replacing him with either Kaeya or Rosaria to double down on Melt DMG in case you don’t have Xingqiu.

Chongyun does a fair bit of Cryo DMG himself, but the most important thing is that the field he generates converts the attacks of all melee characters inside it into Cryo—exactly like Bennett’s C6 would convert them into Pyro. This lets him (or anyone else) attack and continue to apply Cryo while the Pyronado is up and running, maintaining the consistency of Melt reactions.

This is the hardest segment to get right as Bennett goes amazingly with so many units. In fact, it would be easier to list the units in the game that don’t benefit from Bennett.  This mostly includes DPS characters that don’t scale off of their ATK. Albedo and C6 Noelle come to mind first. The following is just one of the many amazing team compositions players with access to all characters can utilize Bennett in:

Xiangling retains her role here. She and Bennett are such a powerful duo that you would really not have anyone else here.

Ayaka is the on-field DPS. In addition to providing her incredibly powerful Elemental Burst, Ayaka can infuse her weapon with Cryo to constantly proc Melt off of Xiangling’s Pyronado. While Melt does work better with higher instances of DMG, the consistency with which this team will be able to maintain Melt reactions coming will outweigh the non-ideal power of each individual Melt proc.

Kazuha is used to add some Swirl DMG, shred Elemental Resistance’s with the Viridescent Venerer set, and increase the Elemental DMG of Ayaka and Xiangling. What’s more, he can help group enemies, ensuring that Xiangling’s and Ayaka’s Burst affect more enemies.

In case you messed up and activated Bennett’s C6, you can do two things: use ranged DPS characters with Bennett or use Diluc. The following is a Diluc comp that manages to bring out the best in the power-crept King of DPS.

Diluc does the on-field DPS. He also activated the Pyro Resonance, which is always valuable.

Xingqiu applies Hydro, allowing Diluc to Vaporize every Pyro-infused hit. Diluc is the main DMG dealer in this team, and he requires both Bennett and Xingqiu to enable him to remain competitive.

Sucrose clumps enemies together and reduces Pyro resistance through the Viridescent Venerer set bonus. Sucrose can be replaced with any Anemo support, we just chose her because she’s a 4* character. Kazuha also fits this team composition well. Alternatively, you can forgo having an Anemo support in favor of Zhongli for added defense.

Is Bennett Worth It?

This is a silly question.

Yes, Bennett is absolutely worth it. He is the benchmark for what makes a great character. All support characters are compared to him and all DPS characters are weighed on how well they pair up with him.

In other words, Bennett is the single most useful and most powerful 4* character you can pull for. His first constellation is amazing, but aside from that, he doesn’t need anything to consistently perform well. Furthermore, his desired weapons and artifacts are very F2P friendly in the sense that other characters’ trash is Bennett’s treasure.

If you don’t already have a Bennett and you aren’t pulling for him, you’re doing yourself and your account a disservice. 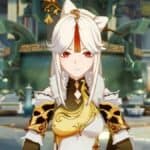