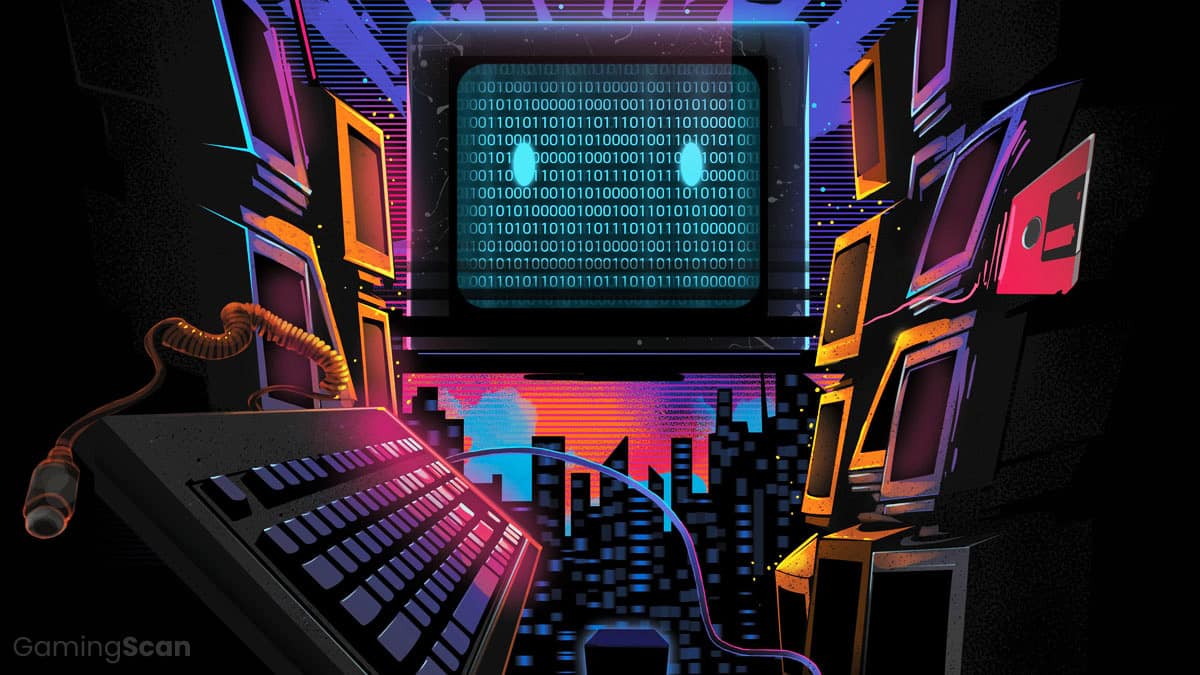 We all have a particular gaming era we’re nostalgic for, from arcades to early Nintendo games, GBA and DS, original PlayStation and PS2, Sega Dreamcast, and so on and so forth.

The unfortunate reality is that many of these games are hard to play in 2022 short of spending money on secondhand retro consoles, controllers, and the games themselves.

This is where the best emulators for PC step in, allowing you to explore a wide selection of classic titles for just about every console and handheld you can think of.

In this list, we’ll highlight the best emulators for retro gaming on PC and mobile, including free Nintendo emulators, PlayStation emulators, and Sega emulators.

For more retro game recommendations, check out our other curated gaming lists, and comment below with your favorite retro game emulator! 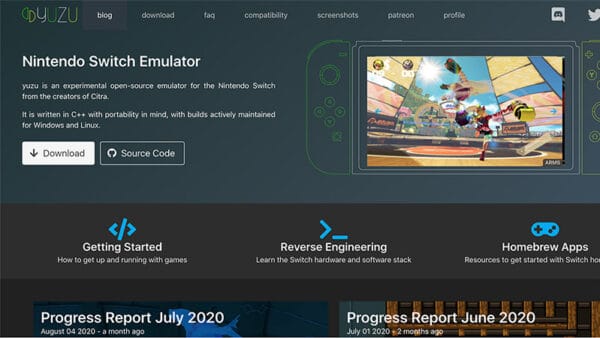 To get started, we’re highlighting Yuzu, one of the best Nintendo emulators for playing Switch games on your PC in 2022.

This emulator comes from the same creators of the 3DS emulator Citra and has been just as speedy in its development cycle.

While it’s still not compatible with most games in the Switch library, many indie games as well as first-party titles like Super Mario Odyssey run well enough.

Bear in mind that there aren’t many legal avenues for getting Switch ROMs at the moment, so anyone using Yuzu will likely have to resort to piracy, which we don’t recommend. 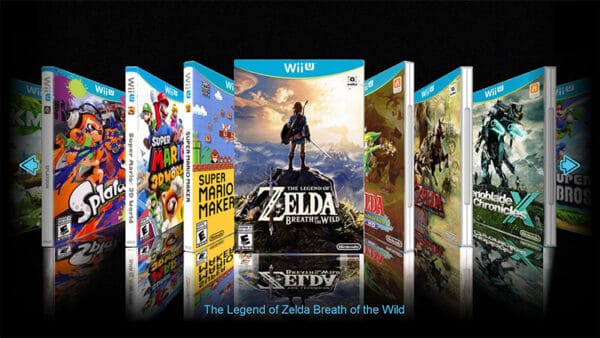 Much like the Switch, Wii U emulation is still in its infancy with roughly half of the library playable using the CEMU emulator.

To get this emulator running, you’ll need a powerful machine capable of providing the resources needed for Wii U emulation on a PC.

So far, users have managed to get Wii U games like Mario Kart 8 and Twilight Princess HD running on CEMU with little to no issues.

Again, users will have to resort to piracy to obtain most Wii U ROMs, so keep that in mind before you decide to download. 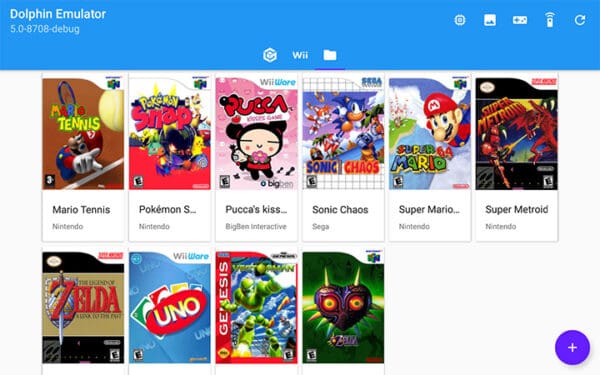 Dolphin has been the go-to emulator for GameCube and Wii games for quite some time and we doubt that will ever change.

It’s regarded as one of the best retro emulators in terms of performance and supported software as most GameCube and Wii games run seamlessly.

Since this emulator is open-source, you’ll find several versions that introduce different enhancements to address various bugs and compatibility issues users may encounter. 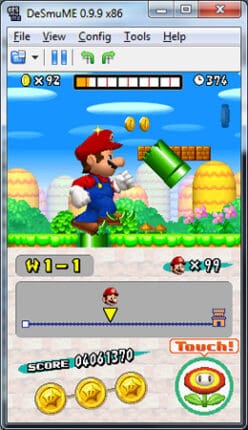 Moving on to the best DS emulator, users will find there are several options to pick from, with DeSmuME being the most popular for PC and Android.

This is due to it having the simplest set-up along with many graphical and audio settings for players to mess around with.

While it’s somewhat limited in terms of DSi compatibility and Wi-Fi support, there are other alternatives that offer such features.

Minor limitations aside, DeSmuME provides users with the best performance and easiest set-up of any Nintendo emulator on the market. 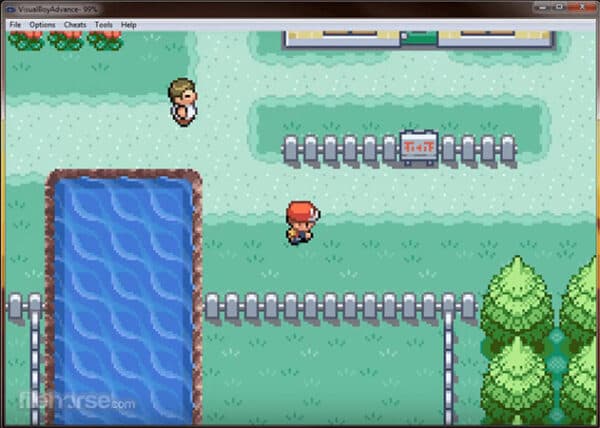 Despite lagging behind its competitors in terms of updates, VisualBoyAdvance remains to be one of the more popular emulators for running retro Nintendo handheld games.

This is due to the fact it can run Game Boy, Game Boy Color, and Game Boy Advance ROMs without needing any additional cores.

It also includes some neat features not offered by many GBA emulators such as graphical filters, debugging tools, screenshots, auto-firing, fast-forwarding, and a full-screen mode.

Keep in mind that while a standalone emulator, VisualBoyAdvance will require users have the latest version of Microsoft DirectX installed to run games properly. 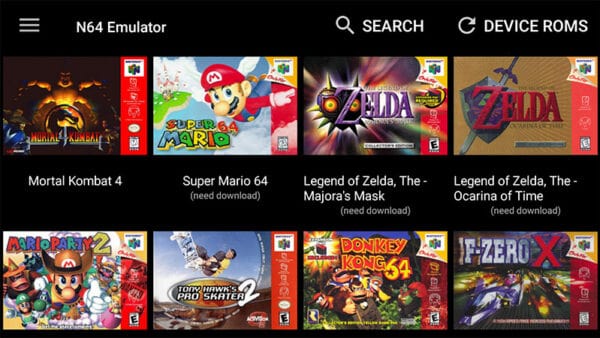 Mupen64Plus and Project64 have been gunning for the top spot in N64 emulation for years now and are fairly comparable in terms of performance.

However, for our money, Mupen is the better option due to its support for features like save states, screenshots, online play, anti-aliasing, Vsync, and built-in cheats.

Like many retro emulators showcased in this list, it has minimal set-up with straightforward steps to get it up and running and start playing games.

The only challenge comes with setting up a controller on a PC, as Mupen64Plus assigns all your inputs to keyboard bindings by default, requiring you to manually configure settings for your controllers. 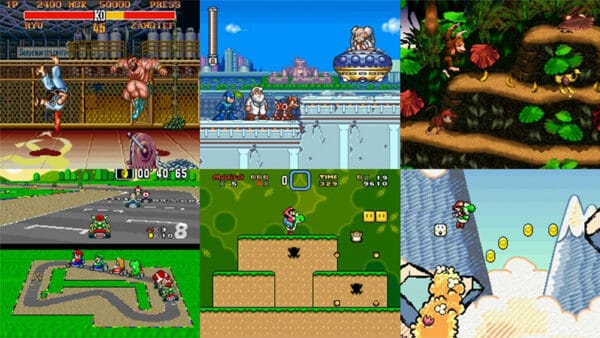 When it comes to Super Nintendo emulation, Snes9x has long been considered the top contender and is also capable of running late-era Super Famicom titles.

In terms of features, this emulator is pretty much unmatched and offers image upscaling, video filters, built-in cheats, a turbo mode, and online multiplayer support.

Lastly, Snes9x is one of the most versatile retro emulators when it comes to ports and is available on a wide range of PC, Mac, and mobile platforms. 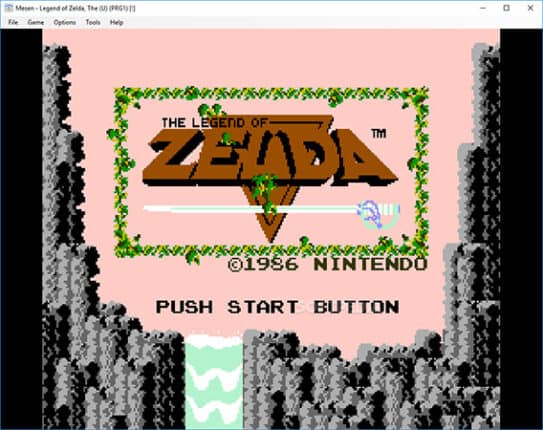 If you’re more interested in emulating NES and Famicom games, then Mesen is one of your best options for retro emulators.

It includes a ton of cool features such as built-in video and audio recording, screenshots, debugging tools, online multiplayer, and rewind functionality.

This makes it the ideal emulator for users that want to implement HD texture replacement packs to upgrade the visuals of their favorite NES titles. 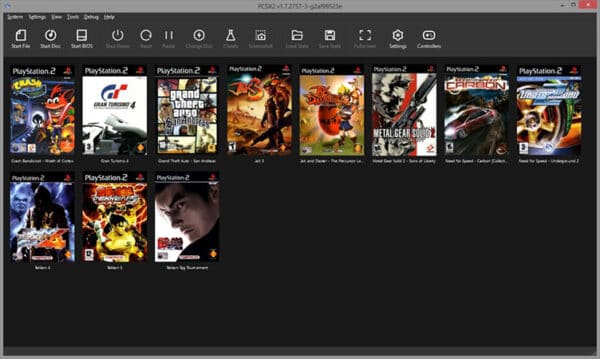 If we’re being honest, PlayStation emulation is still far from perfect but emulators like PCSX and its successor PCSX2, show promise for the future.

Both emulators were created by the same team and seek to recreate the performance of playing on the original PlayStation and PS2, respectively.

To this point, they include your standard set of emulation features along with extensive compatibility with both systems’ libraries.

While setting up either emulator takes a bit of research and file sourcing, with a few video plugins and a PlayStation BIOS image file, you should be good to go.

PlayStation Portable emulation is even more limited than its console counterparts, with PPSSPP being the one and only real option for running classic PSP titles.

Thankfully, this emulator performs very well and includes an easy-to-navigate UI that organizes all of your installed ROMs nicely.

As a boon, PPSSPP adds the ability to run games at twice their base resolution while removing any harsh polygonal edges caused by the handheld’s low-res display.

The best part is you don’t need to download any legally gray BIOS files to get the emulator up and running on a PC or mobile device. 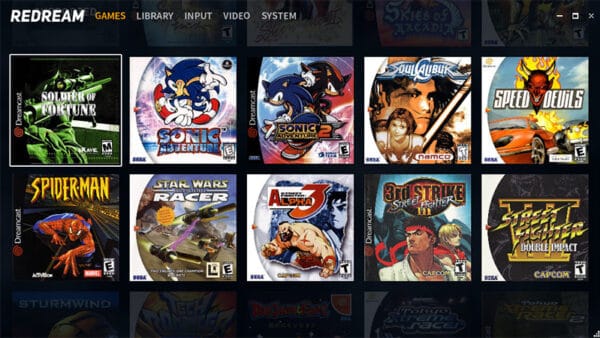 Switching over to Sega’s line of consoles, Redream is the best emulator for playing a wide selection of Dreamcast games on your PC.

It doesn’t require any BIOS files or controller configurations to get started and allows you to upload your games directly into the program’s library for easy access.

Titles can be swapped between mid-game as well as played using gamepad controllers with remappable inputs and cheat codes.

While the basic version of Redream is free-to-download, users are encouraged to upgrade to the Premium edition to unlock multiple save slots and 1080p/4K HD support. 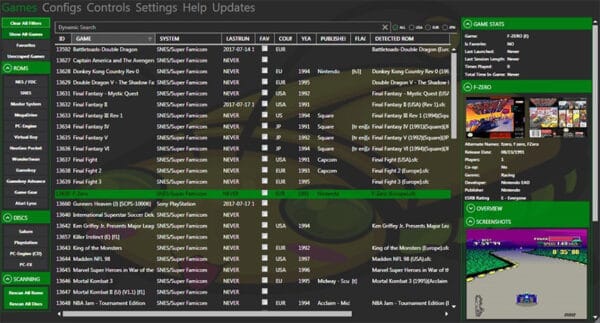 Next up is Mednafen, a multiplatform emulator that lets users play original PlayStation, TurboGrafx-16, and Sega Saturn titles among many others.

Set-up is much more involved than other emulators on this list, requiring you to install the Mednafen .exe file, associated BIOS files for the console you’re trying to emulate, and the ROMs themselves.

There’s also the issue of Mednafen’s GUI, or lack thereof, which forces users to seek out different front-end solutions for organizing their library.

With that said, this emulator is unrivaled when it comes to Saturn emulation and supports popular features like save states, rewinding, screen filters, cheat codes, video recording, screenshots, etc. 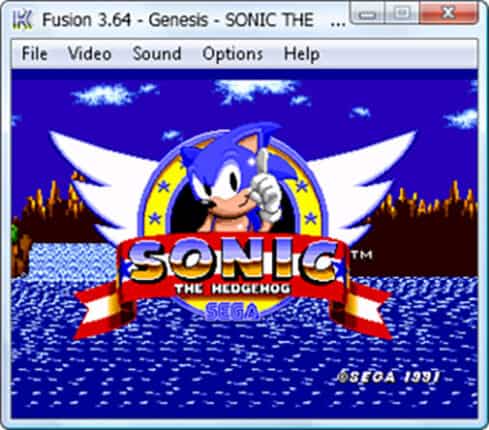 Fans of the Sega Genesis have very few options for running retro games from that era but Kega Fusion stands out as the most reliable and versatile of the bunch.

This is because Kega Fusion is compatible with not only most Genesis titles but also a wide array of Game Gear and Sega CD ROMs as well.

Furthermore, it includes all of the standard features one would expect, including save states, cheats, audio and video capture, online support, and controller configuration.

On top of this, the emulator allows you to run games in full-screen with upscaled resolutions and various rendering filters designed to improve graphical fidelity. 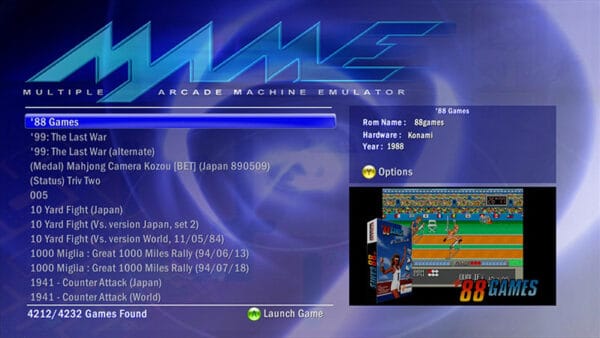 When it comes to emulating classic arcade games, MAME is the preferred option for those who would rather boot up a PC than shell out quarters for machines.

The program was initially created for the purpose of historical games preservation but can be downloaded and used freely by arcade fans around the world.

It’s pretty barebones in terms of UI and features, offering an optional full-screen mode and little else that detracts from the authentic arcade experience.

However, MAME has the advantage of supporting Neo-Geo games, which are notoriously difficult to emulate, and can be used to create custom at-home arcade machines.

Going back even further, Stella is a retro game emulator designed to run classic Atari 2600 titles with the ease and comfort of a modern PC.

Supporting both standard UI and command line navigation, the software comes bundled with several features that allow you to customize and streamline the process of running 2600 games.

This includes the ability to set hotkeys for different actions like controlling save states, adjusting difficulty, taking screenshots, etc. 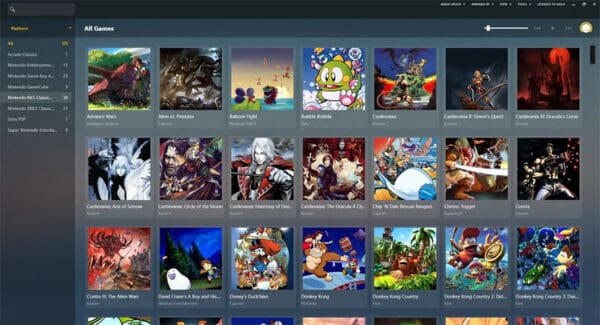 If you haven’t noticed by now, some emulators are better at supporting a wide range of retro gaming platforms rather than a single console.

Such is the case with RetroArch, a program designed to streamline the emulation process and act as a hub for all your retro gaming needs.

This is done by downloading and installing different emulation cores, importing your ROMs and save files, and configuring the front-end system to meet your needs.

Although the breadth of options can be overwhelming for novice emulation users, the amount of customization RetroArch provides is perfect for those who want total control over their experience. 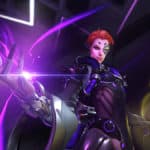