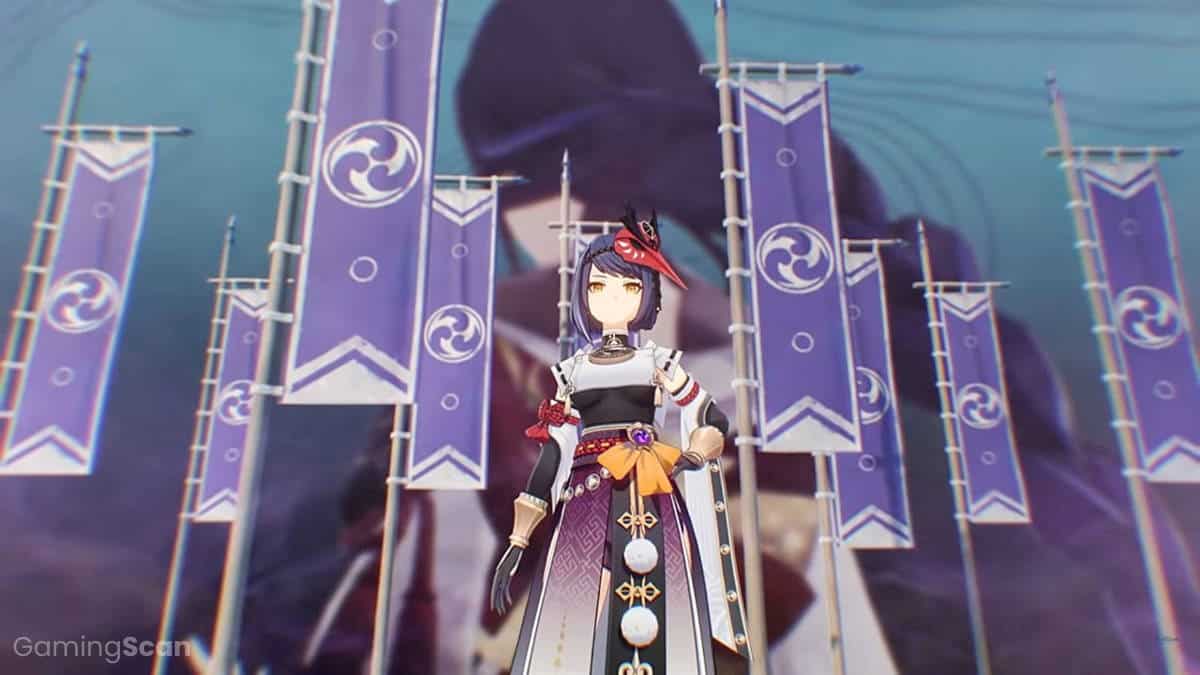 Sara is an Electro Bow support with an emphasis on ATK buffing.

ATK buffing is arguably the best utility a support can bring to the table in Genshin Impact. This is the main reason Bennett is considered such an outstanding unit. Sure, he also heals and generates a ton of energy, but it’s the ATK buff he can give to other party members that makes him so incredible.

So, if you’re looking for another ATK buffer to take with you into the Spiral Abyss, look no further than Kujou Sara.

Just beware that she is a lot clunkier to use than Bennett, so you’ll need to follow multiple steps to get the most out of her. So if you’re curious how you should build Sara to get maximum value, you’ve come to the right place.

Kujou Sara does two things—buff ATK and deals devastating Burst DMG. It’s unfortunate that the ATK buff she provides only lasts for 6 seconds. You can refresh its duration by using her Elemental Burst, which would allow you to refresh it once more with her Elemental Skill, so there is some kind of rhythm there.

All of this is to say that using her as an ATK buffer will require more effort than using Bennett for that same purpose, but it’s very much doable. You just need to equip her properly. But before we get to her best equipment, let’s see whether it’s worth it to chase her constellations.

Sara’s constellations can be broken down into 3 segments:

So whether or not you should chase her constellations depends on how you plan to use her. If you just want to slap any old 4-Piece Noblesse Oblige on her, give her a high Base ATK weapon and call it a day, then it’s not worth it to go beyond C2. Frankly, you can keep her at C0 if this is the case and experience no difference.

But if you’re serious about equipping her with proper artifacts and weapons, then all her constellations are great. In particular, her C6 bears the promise of making Electro great again.

In either case, they want the same main stats on her artifacts—Energy Recharge% on the Sands, Electro DMG on the Goblet, and CRIT DMG/CRIT Rate on the Logos. If you’re running her with an Energy Recharge weapon (Sacrificial or Favonius) you can give her an ATK% Sands instead.

Which set bonus you should get will depend on your plans for Sara:

Normally we’d recommend some 2-Piece set bonus combinations as well, but since the quality of the artifacts does not matter at all for the 4-Piece Noblesse build, it’d be a bit redundant here.

Electro isn’t an element known for its synergy with other elements. That said, some are simply better than others. The noteworthy elements to pair with Sara are:

Surprisingly enough, there aren’t any Elements that Kujou Sara specifically minds having on the team. Nevertheless, there’s less upside to using these Elements:

Sara is a character that can be slotted into any team whatsoever. Even in a Freeze team, where Electro characters are generally unwelcome, she can buff ATK by shooting the ground rather than enemies. So really, you can’t go wrong whoever you team her up with.

But, some notably synergistic teams include:

Razor is the Physical DPS for the team, but he also serves as a reliable battery for Sara thanks to his low cooldown Elemental Skill. If you don’t have Razor, you can replace him with another 4* Physical DPS (Rosaria, Kaeya, Xiangling), but this may lead to some energy issues. If you’ve got a C6 Sara then no 4* can top Razor.

Diona is one of the most versatile supports in the game—she shields, heals, and in this case, procs Superconduct to make your Physical DPS hit harder. Shields are essential to maximizing the DMG output of your Physical DPS. If you don’t have Diona, consider running a Xinyan or Noelle. Both of them can also function as a main DPS with constellations.

Sucrose offers great crowd control and can increase Electro Burst DMG of both Sara and Razor thanks to the 4-Piece Viridescent Venerer set. Most players who have Sara are likely to have Sucrose as well, but any Anemo character can fulfill this role. Alternatively, you can use this last slot to add anything that’s missing to your team. For example, if you don’t have Diona, you may add Sayu or Barbara for healing.

Slotting 4* characters who aren’t Bennett or Xingqiu into Whale team compositions is no easy task, as whales would likely have other 5* characters who can take their place and do their job even better. That said, this is one whale team where Sara fits in nicely. She’s not irreplaceable, but she pulls her own weight.

Raiden Shogun deals immense Electro DMG and acts as a battery for Sara (and the whole team). In case your Sara is C6 this is even better.

Eula does Physical DMG while Raiden Shogun’s Burst is on cooldown. Thanks to Baal and Sara, she will always enjoy the benefits of Superconduct.

Zhongli shreds Resistances and keeps the rest of the team safe, allowing them to focus all effort on dealing as much DMG as humanly possible. With the 4-Piece Tenacity of the Millelith set, he can also act as the second source of ATK buff for the team.

Is Sara Worth It?

Sara is only the 2nd character in the game with the ability to buff up the ATK of her teammates. The 1st one is Bennett, who’s been sitting comfortably in the S-Tier on our Character Tier List since the game was launched. This led many to speculate that Sara will be the new Bennett.

Sara isn’t the new Bennett. She’s not even close.

It looks like miHoYo really didn’t want that to happen, so they made her ATK buffing not only inferior but also much more complicated. On top of that, it only lasts for 6 seconds. And if that wasn’t enough, they made it so that she offers next to no DMG outside her Burst.

And you know what?

Sara is still worth it!

That’s just how valuable ATK buffers are. Sure, she isn’t nearly as good as Bennett, but you can only have one Bennett. And you need two teams to tackle the Abyss.

So if you need a character to buff the ATK of the DPS in your other team, you can’t go wrong with Sara. As we’ve said, she can slot into any team. You’ll need to invest a lot into her if you want to see big numbers from her Burst, but you can just give her a high Base ATK weapon and any 4-Piece Noblesse set and she will outperform most other supports in the game. 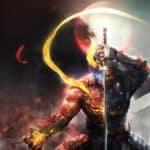