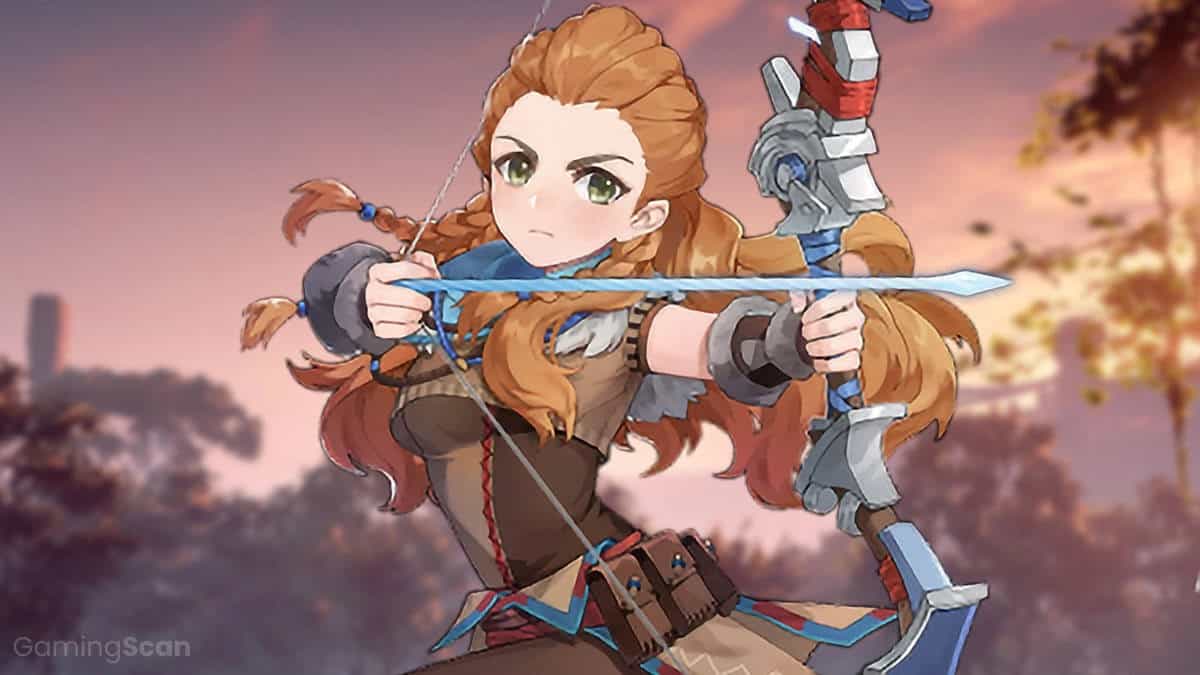 Aloy from Horizon Zero Dawn is a 5* Cryo Bow user and the first-ever promotional crossover character to come to Genshin Impact. She is also the first-ever 5* character that players will be able to obtain for free.

Technically, the main character is also a free 5* character, but when we look at their stats we can see that the developers really didn’t want the Traveler to be too good. Hence, the Traveler functions more like a 4.5* character.

The purpose of this guide is to see how good of a 5* character Aloy is and how players should build her to unlock her full potential.

Aloy’s base ATK is pretty low for a 5*, but her passives give her enough ATK and Cryo DMG bonuses to where she can become a frightening DPS. The plan is to give her the Cryo infusion and soon as possible and then go to town on the enemies. Since her Cryo DMG will increase for the first 10 seconds after obtaining the infusion, it would be ideal to have her be the last link in your rotation.

As a support, Aloy can contribute to the team with her massive Burst DMG and party-wide ATK% buffs.

Aloy is the first and only character in the game not to feature any constellations… yet.

It looks like miHoYo doesn’t want to commit to the idea of cross-over characters having no constellations. They may change this in the future, but for now, once you obtain Aloy, that’s it.

When run as a main DPS, Aloy can bring the most pain using the 4-piece Blizzard Strayer set bonus. This will let you stack CRIT DMG on her without having to worry about CRIT Rate.

As far as stats go, Aloy wants ATK% on the Sands, Cryo DMG on the Goblet, and CRIT DMG on the Logos. If you don’t have a full 4-Piece Blizzard Strayer set on her, then you may need CRIT Rate on the Logos instead.

As a Cryo character, Aloy has great synergy with the following Elements:

Elements that don’t gel well with Aloy include:

Since Aloy wants to be left alone on the field to maximize the DMG of her Normal Attacks as a main DPS, she works best with characters that offer a lot of off-field support.

Diona does a bit of everything—shielding, healing, Cryo particle generation, you name it. As a second Cryo character on the team, she also unlocks the Cryo Resonance, raising Aloy’s CRIT Rate even higher. Those who don’t have Diona can instead use Xinyan. Her shield is weaker, but as the second Pyro character, she’ll unlock the Pyro Resonance, giving Aloy plenty of additional DMG.

The Anemo Traveler enables Aloy to consistently proc her Cryo infusion thanks to his Elemental Skill. If you find that you don’t have a problem activating Aloy’s Cryo infusion even without an Anemo support, you can replace the Traveler with Xingqiu for some Freeze shenanigans.

Xiangling is such a potent Off-field DPS that not even 5* characters can replace her.

Mona will help keep enemies away from Aloy and keep them Frozen. The DMG buff she provides on top of that is just the icing on the cake.

Kazuha is also here to help activate Aloy’s infusion, but he can also amplify her DMG by a lot.

Is Aloy Worth It?

In our other Genshin Impact build guides, this question relates to whether it’s worth it to spend resources on obtaining a certain character.

But Aloy is free.

All players who are at least AR 20 will receive her in either patch 2.1 or 2.2. If you’re not sure what AR is and how to level it up check out our Beginner’s Guide for Genshin Impact. So the question becomes whether or not Aloy is worth investing resources into.

And the answer to this question depends on the state of your account.

If you’re a beginner, then yes, Aloy is very much worth it. Thanks to her being a Cryo character with an Elemental Infusion, she’s able to outperform even some other 5* characters in terms of DPS. As far as the Standard Banner goes, only Diluc could do more DMG in the endgame. And even after you’re able to replace her with a more powerful DPS, you’ll still be able to use her as a Burst Support.

That said, once glance at our Character Tier List will reveal Genshin Impact features no shortage of S-Tier or A-Tier Cryo DPS characters like Ganyu, Ayaka, and Eula. So if you already have some of them leveled up, Aloy doesn’t look so amazing anymore. She can still make for a fun change of pace, but by no means will she outperform the three 5* Cryo characters listed above. 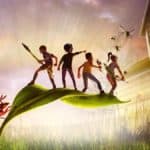