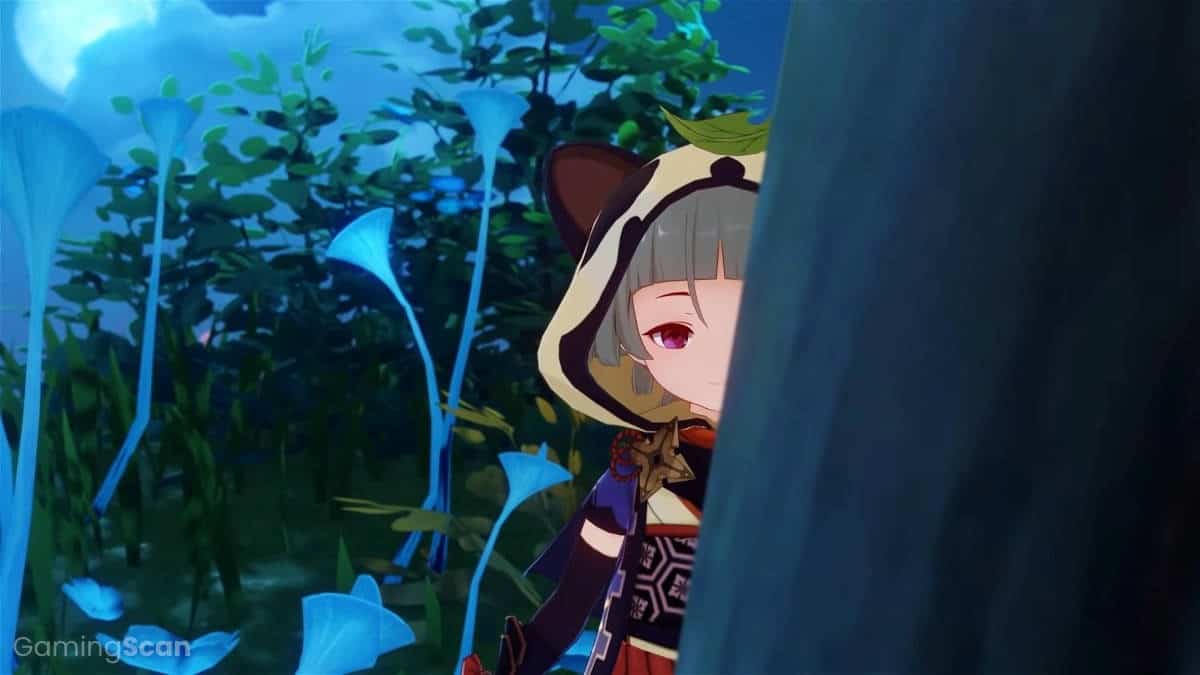 Sayu is an Anemo Claymore Support who can function as a Healer, sub-DPS, or in some cases even a main DPS. How you intend to use her will determine which stats you’ll want to prioritize and which weapons to equip.

In this guide, we’ll focus mainly on her role as a Swirl-based sub-DPS with solid healing capabilities.

We will also present you with the best weapons and artifacts for builds that specialize in healing or DPS, but we won’t dive too deeply into these playstyles as a combination of Swirl sub-DPS and healing makes for Sayu’s most optimal support playstyle.

As we’ve mentioned earlier, Sayu can be built in many ways, but the most optimal build will take what she’s already great at and ramp it up to eleven. And what Sayu wants to do is heal the party while proccing Swirl.

Therefore, we will focus more on Elemental Mastery than Energy Recharge while equipping her with weapons and artifacts. But before that, let’s see how good you will feel about pulling duplicates of Sayu.

Sayu looks like an S-Tier 4* character in the making. Like Bennett, she can heal and increase your overall DMG potential, even at C0. In theory, she’s even better than Bennett, as her own DMG output is decent and her constellations more impactful than Bennett’s. Plus, she can wear the 4-Piece Viridescent Venerer set.

But in practice, Sayu has seen little to no actual use for endgame content. She can still be used to great effect in fun and competent team compositions. But unfortunately, there seems to be no place for her in the meta.

You can run Sayu in a myriad of ways, but to get the most out of the Swirl support build we recommend giving her Elemental Mastery on the Sands, Anemo DMG on the Goblet, and ATK% on the Logos.

Don’t be tempted by the idea of Healing Bonus on the Logos. This would only increase her healing capabilities, but more ATK% increases both her healing and damage. If you’re lucky enough to have a C6 Sayu, just put Elemental Mastery on the Sands, Goblet, and Logos. Also, feel free to replace the Sands with Energy Recharge in case you’re not running an ER weapon. This will make her Swirls less impactful, but it’s more important that you can cast her Burst as soon as it comes off cooldown.

In terms of substats, you’re looking for Energy Recharge, ATK%, and Elemental Mastery. CRIT Rate and CRIT DMG are normally the premium substats for most characters, but Swirl can’t crit, so you can just ignore them and finally put those artifacts you thought were trash to good use.

As far as set bonuses go, we feel that the 4-Piece Viridescent Venerer works best for Sayu. This will not only boost her Anemo DMG and Swirl DMG, but it will also make your DPS deal more Elemental DMG.

All of this is to say that Sayu is a character that can work incredibly well with low-investment. Even if you don’t have a solid 4-Piece Viridescent set to give her, you can still make her work extremely well with loads of other set bonuses. On top of that, she doesn’t hog artifacts with premium main stats, like CRIT Logos or ATK% Sands.

Anemo is the extrovert’s element – it plays well with all the other elements! Well, except for one.

The only Element that you should consider avoiding while running Sayu is:

Every player has Kaeya and Xiangling, so the only character that may be missing from some F2P players’ rosters is Sucrose, for whom we will offer some alternatives.

Xiangling is used for her Burst. Pyronado rotates around the active character clockwise. The best way to maximize how many tics it scores against a single enemy is to move your character counterclockwise around them. And no character can move even remotely as fast as Sayu while she’s holding her Skill!

Kayea is also used for his Burst, which functions a lot like Pyronado. Both of these Bursts will follow your Sayu around while she’s spinning and, best of all, they will proc Melt for some insane DMG.

Sucrose is used to boost the team’s Elemental Mastery, generate Anemo energy for Sayu, and activate the Anemo Resonance. Not only will the extra EM make your Swirls more powerful, but it will also increase the potency of the Melt reactions triggered by Kaeya and Xiangling.

For an entirely F2P team, consider replacing Sucrose with the Electro Traveler who can effortlessly supply Sayu with Energy. Furthermore, this will give you access to Superconduct, thereby allowing Xianging or Kaeya to also function as a Physical DPS while their Bursts are on cooldown. Alternatively, you can replace Sucrose with Amber. Amber’s taunt will help keep enemies around Sayu’s Burst and you’ll get that sweet Pyro Resonance that the whole team can benefit from.

A player with access to multiple 5* characters will likely not want to keep Sayu on field for long. In this team, Sayu is just one of the Supports geared at making the hypercarry unstoppable.

Xiao is the on-field Attacker. He relies of Sayu to generate Anemo particles for him, as well as to keep him alive with her healing, as Xiao’s Burst passively drains his HP.

Bennett is here to buff up Xiao, although he can also function as a healer. This redundancy might be problematic in a team where all units are expected to contribute equally to the overall DMG output, but with a hypercarry like Xiao at the helm, it really doesn’t affect the team’s DMG potential at all.

Zhongli is here for his beefy shield. In addition to helping Xiao remain uninterrupted as he goes about his business of destroying all enemies in sight, Zhongli’s shield also reduces the Anemo Resistance of nearby enemies, making Xiao even stronger.

Is Sayu Worth It?

If you’ve checked out our character Tier List, you’ll know that there aren’t many 4* characters that are considered S-Tier. Bennet is one of them, but despite sharing a lot of similarities with Bennett, Sayu ranks low on that list.

This may lead you to think that she isn’t worth it, and if all you’re considering is endgame meta viability, you’d be correct.

However, what Sayu lacks in meta viability, she more than makes up for with fun factor and versatility. For beginner players, she’s one of the best units you could get due to how incredibly well she pairs with many of the free starter characters.

So, if you’re a beginner, someone who doesn’t care much for the Spiral Abyss, or just someone looking to play a fun and quirky character, then Sayu is definitely worth it. You can learn all about how you can obtain her by clicking here. 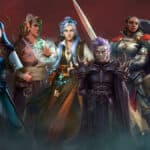