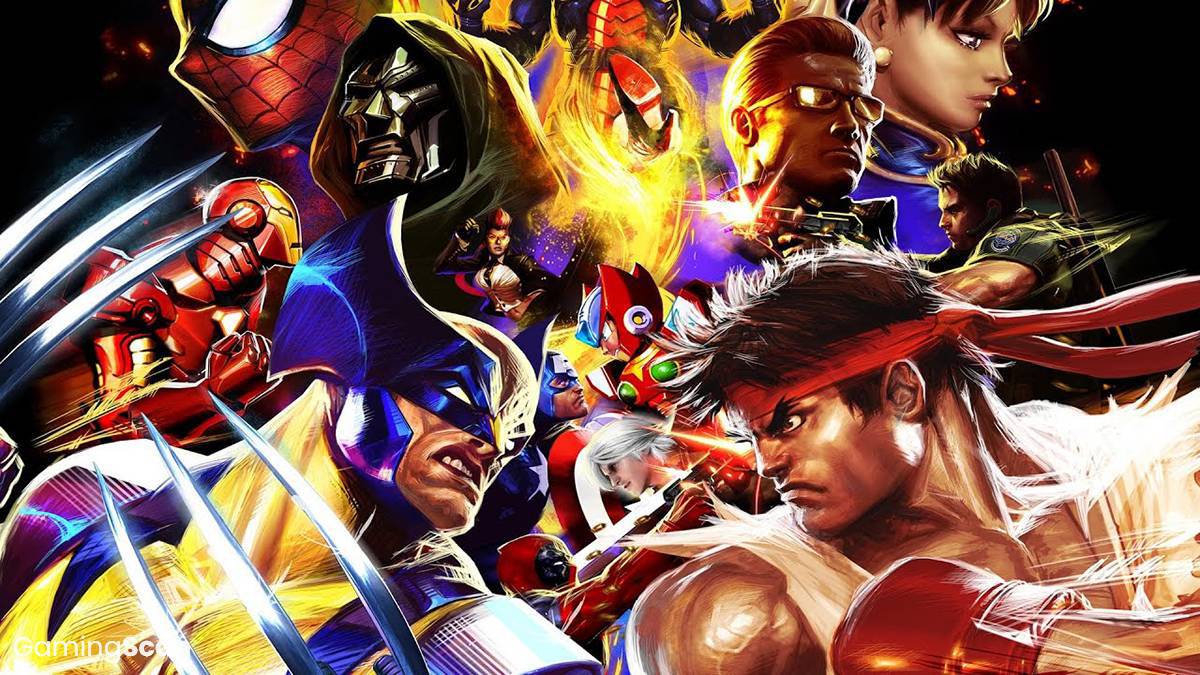 Marvel vs. Capcom is among the most beloved fighting game franchises and considered one of the most successful crossovers in video game history.

Developed and published by Capcom, the series originated as coin-operated arcade cabinets that were later ported and released for home gaming consoles and personal computers.

Each installment includes an extensive roster of Capcom and Marvel characters along with new features which we’ll attempt to organize by exploring every Marvel vs. Capcom game in order of release date.

We encourage you to check back for updates regarding rumored projects such as Marvel vs. Capcom 5, as well as any announcements from Capcom concerning future plans for the franchise! 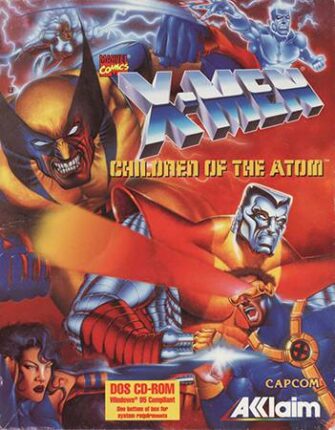 X-Men: Children of the Atom

While not technically part of the series, X-Men: Children of the Atom was the first fighting game produced by Capcom to feature Marvel characters and is loosely based on the Fatal Attractions storyline from the comics.

Released shortly after Super Street Fighter II Turbo, the game leverages the same sprites and animations for its 12-fighter roster of X-Men heroes and villains along with one hidden unlockable character.

This 1v1 fighter is often credited with laying the foundation for future releases and popularizing now-common fighting game techniques such as super jumps, super combos, and technical hits.

Upon release, X-Men: Children of the Atom was widely praised for staying faithful to its source material with colorful animations and voice actors from the original X-Men animated series. 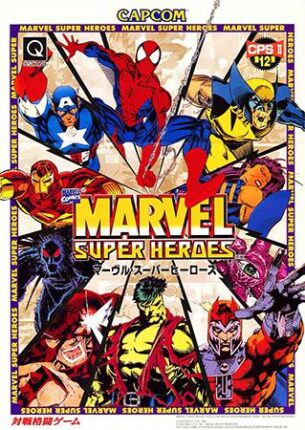 Marvel Super Heroes is another Capcom-developed superhero fighting game that predates Marvel vs. Capcom and introduces main of the core concepts that appear throughout the series.

The game’s story is loosely based on The Infinity Gauntlet storyline from the comics and sees 12 heroes and villains (plus one secret unlockable character) facing off in 1v1 battles to secure the Infinity Gems.

Building off of its predecessor, Marvel Super Heroes includes a more simplified super meter, infinite combos, and a new Infinity Gem mechanic that provides each character with additional abilities.

Following its release, the game was met with positive reception praising its use of colorful graphics, challenging gameplay, and an abundance of moves, throws, and counters. 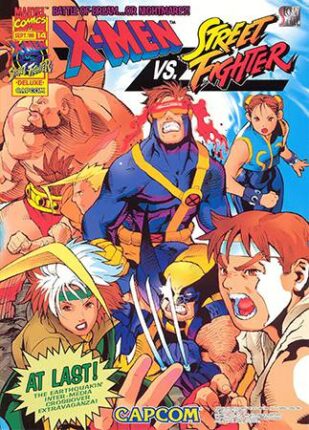 X-Men vs. Street Fighter is the first official game in the series and combines elements of Street Fighter, Children of the Atom, and Marvel Superheroes in one satisfying package.

As its title suggests, the game includes a 17-fighter roster consisting of characters from both Marvel’s X-Men comics and Capcom’s Street Fighter franchise (including one hidden fighter).

Some notable new features include new tag team-based combat where each player selects two characters to compete in 1v1 battles with the ability to swap between fighters at any point.

Much like its predecessors, the game was released to generally positive reviews citing its gameplay refinements and improved sprite animation quality. 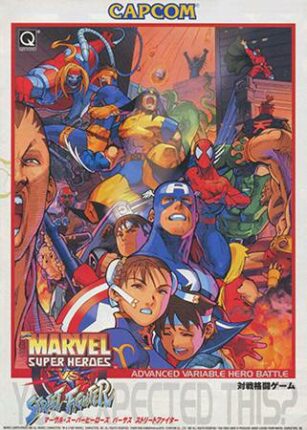 Most of the X-Men cast from the previous games were replaced with characters from other Marvel properties alongside many returning and new Street Fighter characters.

Additionally, the game introduces a new mechanic known as Variable Assists, which lets players summon their off-screen character to perform a special move without changing their current one.

Marvel Super Heroes vs. Street Fighter was met with average to positive reception as critics praised its gameplay, roster, graphics, and sprite animation quality while criticizing its lack of innovation. 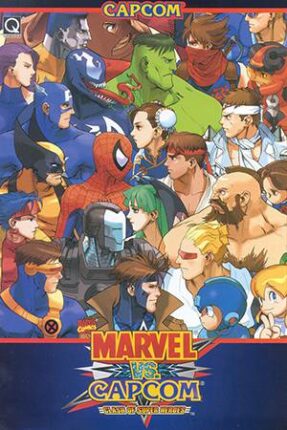 Debuting in arcades in 1998, Marvel vs. Capcom: Clash of Super Heroes is the third installment in the series and features largely identical gameplay to its predecessors along with some new features.

The most notable difference is its 15-character roster, which expands its scope beyond Street Fighter to include characters from various other Capcom franchises such as Darkstalkers, Mega Man, and Strider.

In addition, Clash of Super Heroes removes the traditional assist system in favor of random assist summons and Duo Team attacks where players control both characters on their team for a short duration.

Upon release, the game was praised for its animation quality and fast-paced combat while some critics took issue with its overall lack of depth compared to previous entries. 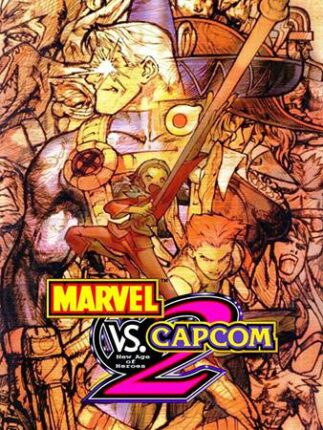 The next game in the series is Marvel vs. Capcom 2: New Age of Heroes, which was released in arcades in February 2000 before making its way to consoles later that year.

The story takes place two years after the battle against Onslaught in Clash of Super Heroes and features a staggering 56-character roster based on different Marvel and Capcom properties.

While the gameplay was largely similar to previous entries, teams were expanded to support three characters that would share a single super meter.

New Age of Heroes received positive reviews and is widely celebrated for its frantic gameplay, detailed backgrounds and visuals, as well as its extensive cast of playable characters. 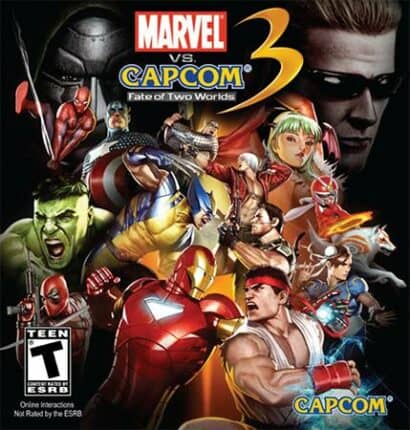 Released a decade after MvC2, Fate of Two Worlds is the fifth installment in the franchise, the first console exclusive entry, and the first game to use 3D character models instead of 2D sprites.

At launch, Marvel vs. Capcom 3 included a base roster of 36 characters, with two additional characters, Jill Valentine and Shuman-Gorath, available later on as DLC.

The game maintains the tag team battles of its predecessor while incorporating new techniques like hyper combos, snapbacks, crossover combos, and an X-Factor mechanic that offers increased damage, speed, and health regen for a short period.

Following its release, MvC3 received glowing reviews from critics and was celebrated for its gameplay and character roster despite concerns regarding technical issues with its online multiplayer. 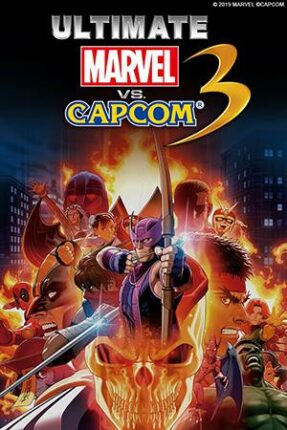 The updated game contains the original 36-fighter roster from Fate of Two Worlds along with 12 new playable characters, listed below.

While many gameplay mechanics were retained, Ultimate makes some notable adjustments to how aerial combat and X-Factor systems work along with the game’s art style.

Critics and fans were satisfied with Capcom’s efforts and praised MvC 3 Ultimate for its expanded character roster and improved online multiplayer. 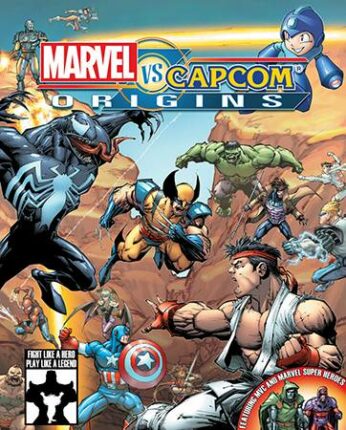 In order to maintain the integrity of both games, Origins utilizes the original arcade ROMS, meaning they featured the same roster and made no changes to the gameplay mechanics or character balance.

New features include HD graphics with several options for filters and viewing angles, enhanced online multiplayer, and a new challenge system for unlocking secret characters, concept art, and other content.

Origins was met with mixed to positive reviews following its release, with some critics praising it for staying true to the arcade versions and adding features while others criticized its outdated gameplay and unbalanced rosters. 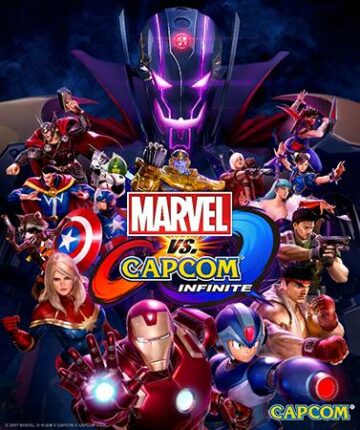 Serving as the sixth and most recent installment in the franchise, Marvel vs. Capcom Infinite is a proper sequel to MvC 3 that makes some significant changes to the series’ classic formula.

While battles remained 1v1, teams were limited to two characters each rather than the three-on-three format of previous games, and the base roster was shrunk down to 30 fighters with 10 post-launch DLC fighters.

Infinite also makes several gameplay changes such as replacing character-assist moves with tag-based combos and adding an Infinity Stone mechanic that grants temporary abilities and stat boosts depending on the type of stone.

Upon release, the game received mixed to positive reception as critics were impressed with the new gameplay elements but ultimately let down by the new art direction and limited character roster. 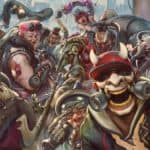 Bleeding Edge Review – Should You Play It?
Related Topics Tags