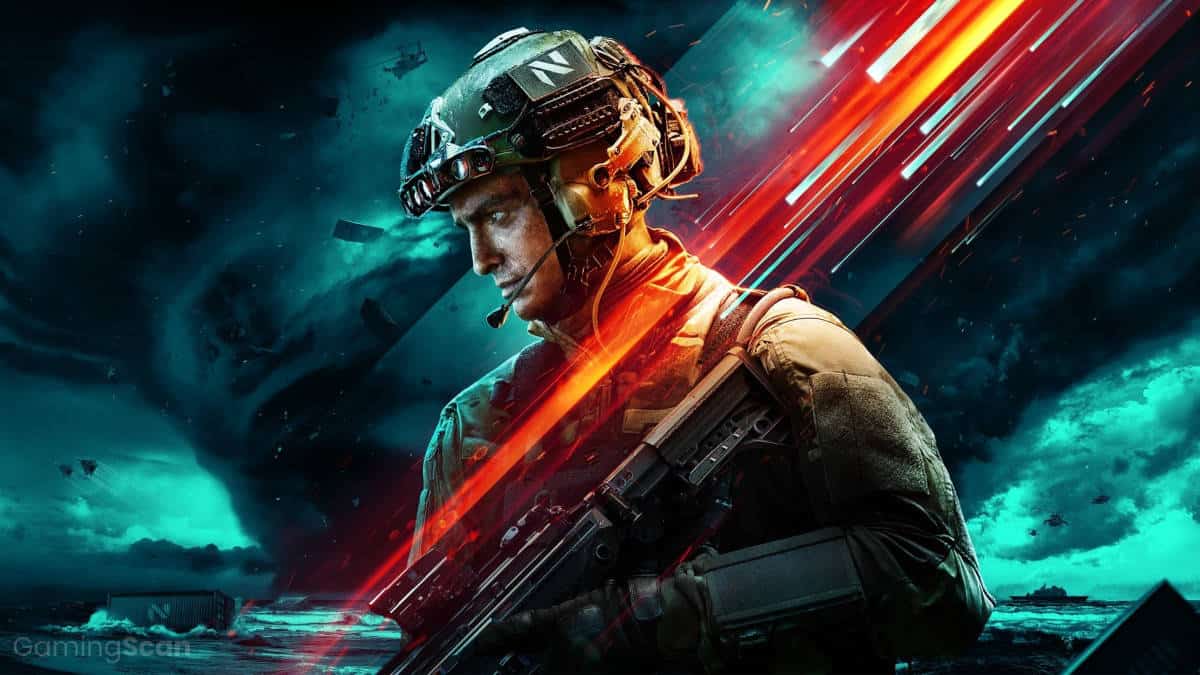 Battlefield is one of the most successful first-person shooter franchises of all time, with many entries achieving both critical and commercial success since the series’ inception in the early 2000s.

It’s famous for featuring large, sprawling multiplayer maps and was one of the first military FPS games to incorporate player-operated vehicles such as jets, tanks, drones, among others.

In this list, we’ll explore all of the Battlefield games in order of release date, including the main series, spin-off games, and DLC expansions released throughout the years.

Lastly, we’ll be updating this list in the future as new Battlefield games get announced, so make sure to check back! 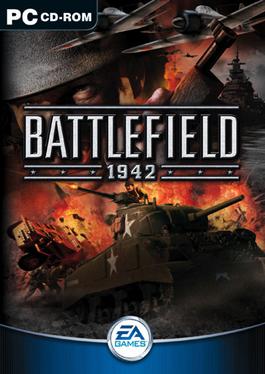 We kick off the main series with Battlefield 1942, a game that managed to redefine the FPS genre by combining familiar modes like Death-Match and Capture the Flag into something entirely new.

While the game’s graphics and overall visuals are outdated compared to modern releases, it was seen as remarkable at the time and would go on to win numerous awards. 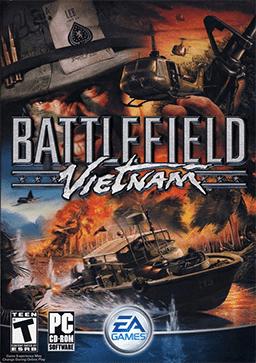 Additionally, passengers in vehicles gained the ability to shoot from the sides of war machines while another player drove around the map.

While multiplayer was practically unchanged, it greatly benefited from a host of new guns, maps, and vehicles inspired by the actual Vietnam War.

There were slight improvements in the graphical department; however, the main focus was still the satisfying gunplay and multiplayer-driven warfare. 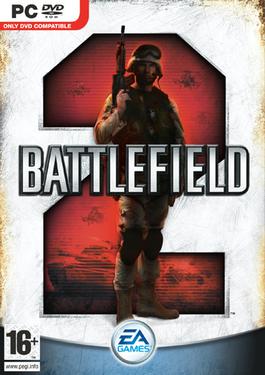 The series starts to take on a more modern look and feel with Battlefield 2, which introduced new class mechanics such as the Medic gaining a defibrillator to revive downed teammates.

In-game voice chat was also introduced as one of the core new features, assigning each team a Leader and Commander that could communicate directly to request reinforcements, airstrikes, and supplies.

These changes would lay the foundation for the Battlefield formula going forward and are more or less still present in recent entries.

With all these new features came a myriad of technical problems for Battlefield 2 including glitches and bugs that were either addressed through patches or still exist in the game today. 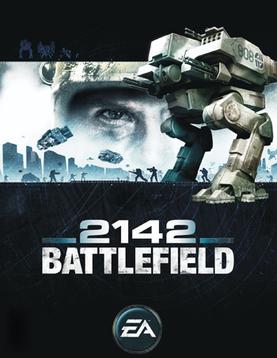 Battlefield 2142 draws influence from popular sci-fi tropes while advancing Battlefield 2’s modern concepts with even faster combat and an arsenal of overpowered weaponry.

The story takes place in the future during the 22nd century amidst a global ice age where the EU Union and Pan Asian Coalition are at war.

The new mode was well-received by critics and fans along with refinements to the game’s reward and promotion systems and a slew of new maps. 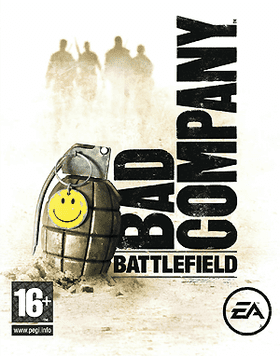 Undeniably a high point for the series, Battlefield: Bad Company features one of the best single-player campaigns the franchise had ever seen, complete with an interesting storyline and unique characters.

Players follow Private Preston Marlowe and his squad as they attempt to steal gold from a band of mercenaries amidst a war between the US and Russia.

Powering all of this was DICE’s new Frostbite engine, which allowed for more complex physics and visual effects, namely destructible environments. 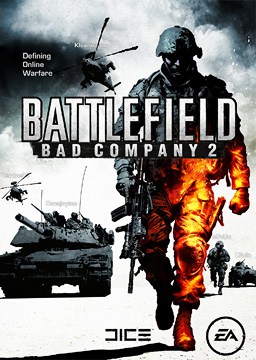 After the success of Bad Company, EA and DICE released a follow-up, Battlefield: Bad Company 2, in which players reprise their role as Private Preston Marlowe in the single-player campaign.

The story takes place during a fictionalized version of WWII and sees Marlowe and his squad battling Russian forces to secure a powerful new-age weapon.

Refinements to the Frostbite engine allowed for even more impressive destructible physics, visuals, and immersive sound effects throughout the campaign and online matches. 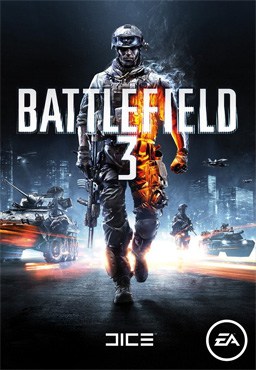 Battlefield 3 marks the start of a new era for the franchise in regards to large-scale multiplayer content and graphical fidelity.

Online multiplayer saw a wider selection of weapons, vehicles (namely jets), and maps that could house up to 64 players in a single session.

Further improvements to the Frostbite 2.0 engine meant better visual effects compared to previous games; now more than 11 years later, Battlefield 3 is still one of the best-looking games in the series. 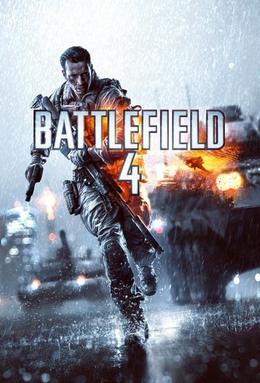 Doubling down on Battlefield 3’s vehicular warfare, Battlefield 4 features an expanded roster of designated fighter jets belonging to either Stealth or Assault classes.

With the power of the new Frostbite 3.0 engine, destructibility was enhanced further, allowing players to alter physical aspects of the map such as toppling skyscrapers to create large plumes of smoke and dust.

The Commander mode first introduced in Battlefield 2 was brought back, resulting in new team strategies as players coordinated their attacks.

Despite suffering from a host of technical issues, lackluster single-player content, and even legal issues related to the game’s release state, Battlefield 3 would receive positive reviews and become a commercial success. 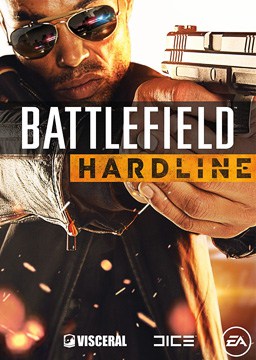 The first game in the series to be developed by Visceral Games and not DICE, Battlefield Hardline pivoted away from the franchise’s primarily military-centric formula.

Instead, most of the game revolves around conflicts between specialized police task forces and thieving criminals across various new modes including Heist, Blood Money, and Hotwire.

While each one had its fair share of pros and cons, the basic concept of cops versus robbers did not go over well with longtime fans with more ambitious ideas for the series.

As a result, Hardline received mixed reviews from divided critics and fans that either admired the new additions and changes or downright detested them. 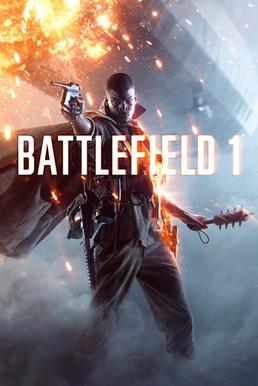 After the divisive mess that was Battlefield Hardline, DICE would step in to work on the next game in the series, Battlefield 1, named after its historic wartime setting.

In the single-player campaign “War Stories,” players are transported to WWI and closely follow the battles fought by soldiers across various fronts around the world.

The ever-popular Frostbite 3.0 engine would allow for better-looking visuals with higher graphical fidelity that shed light on one of the most important global events in history. 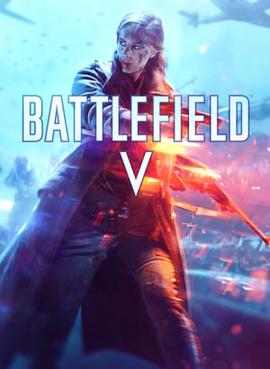 Although the series had made a comeback with Battlefield 1, its success would be somewhat short-lived with the next entry, Battlefield V.

Returning to WWII for its setting and story, the game featured a suspiciously similar campaign to Battlefield 1’s War Stories, casting players as various soldiers in combat.

Additionally, its predecessor’s Operations mode was recycled and rebranded as Grand Operations, though new weapon and vehicle modifications provided some variety along with a new battle royale mode called Firestorm.

As a result, Battlefield V ended up being another divisive entry in the series, with many critics praising its gameplay variety while fans took issue with the game’s historical inaccuracy and lack of innovation. 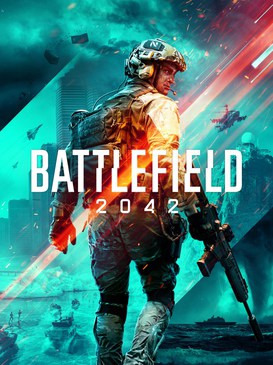 The latest installment in the Battlefield series introduces a host of new features and shiny tech courtesy of the ever-evolving Frostbite engine.

Battlefield 2042 sees players competing across various modes including staples like Conquest and Breakthrough along with the co-op-centric Hazard Mode and another that’s yet to be revealed.

Since the game is set in the near future, there is an abundance of futuristic weapons and gadgets such as deployable turrets, drones, and vehicles. 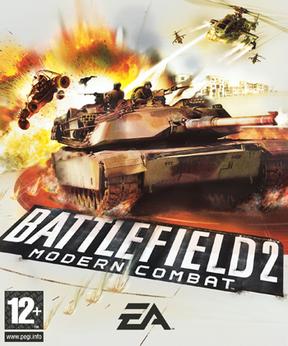 Battlefield 2: Modern Combat is a console version of Battlefield 2 optimized to run on weaker hardware and sports some key differences.

The single-player campaign chronicles the events of a fictional war set in the nation of Kazakhstan between NATO and Chinese forces.

Online multiplayer features a modified version of Conquest that sees up to 24 players, 12 on each side, battling for control throughout various maps.

Modern Combat would later receive new online features leading up to the game’s release on Xbox 360 in 2006, namely Clan support and graphical improvements. 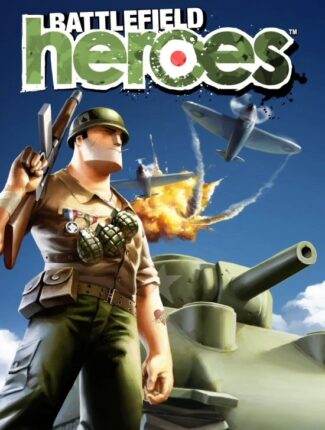 A more lighthearted take on the franchise, Battlefield Heroes was designed as a free-to-play third-person shooter with cartoony visuals reminiscent of modern games like Fortnite.

The game is exclusively multiplayer or rather was, considering it was shut down in 2015 after ongoing controversies surrounding its pay-to-win progression system.

While most content could be enjoyed for free, Heroes also featured premium cosmetics and EXP boosters, the latter of which was frowned upon by the game’s community.

There were 4 maps included along with countless weapons and vehicles inspired by previous Battlefield games but with a unique spin. 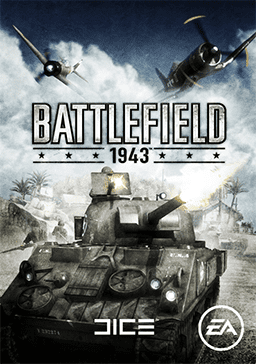 Battlefield 1943 is an updated version of Battlefield 1942 with the single-player campaign stripped out and a greater emphasis on online multiplayer.

It features three original maps from 1942 including, Wake Island, Iwo Jima, and Guadalcanal, along with a new one, the Coral Sea, which is limited to Air Superiority mode.

The main multiplayer mode is Conquest, which supported up to 24 players and introduced modified game mechanics to help differentiate 1943 from its predecessors.

For one, players were given unlimited ammo and their health would regenerate over time; the game was ultimately a success and would go on to become the top-selling Xbox Live Arcade game of 2009. 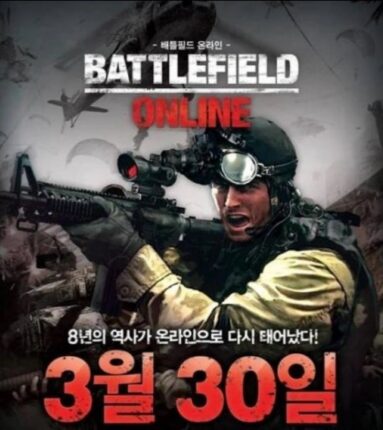 A failed attempt at tapping into the Eastern market by EA, Battlefield Online was positioned as a free-to-play online shooter that would be outsourced to a South Korean developer, Neowiz Games.

Essentially, the game was a remake of Battlefield 2 that ran on Battlefield 2142’s engine with some slight graphical improvements.

During its second beta test, it was shown that Battlefield Online could support up to 100-player battles despite suffering from a host of technical issues.

This combined with a general lack of interest in the Battlefield franchise outside the Western world, resulted in Battlefield Online’s slow demise until EA shut it down three years later in 2013. 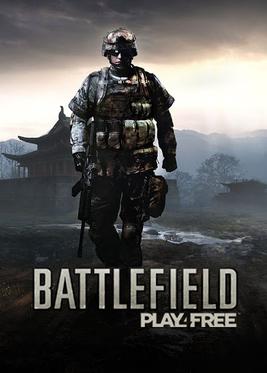 EA and DICE’s last attempt at a free-to-play Battlefield experience, Play4Free was a multiplayer-exclusive first-person shooter that featured Conquest as its main mode.

While Battlefunds could be earned in-game just by playing, anyone who purchased them using real-world money had a clear advantage from the start.

Much like Heroes, things wouldn’t last long for Battlefield Play4Free and EA would shut down the game’s servers in 2015. 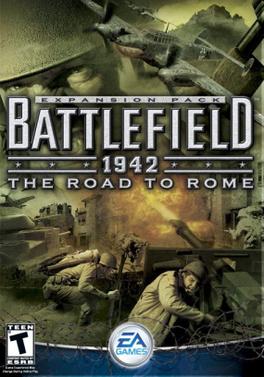 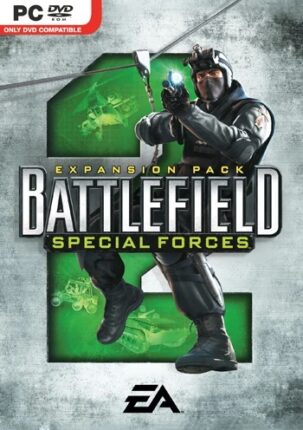 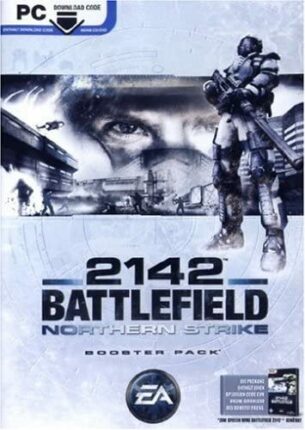 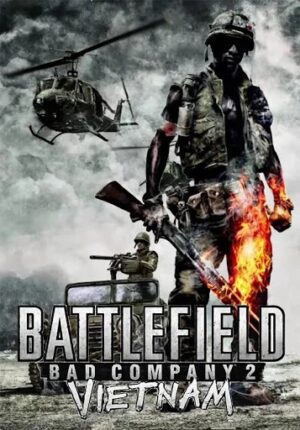 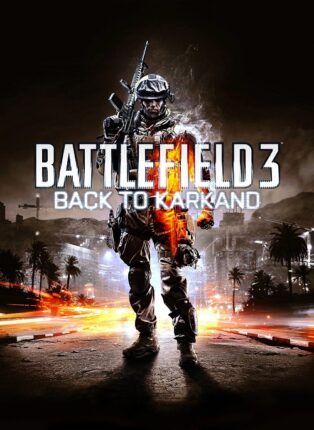 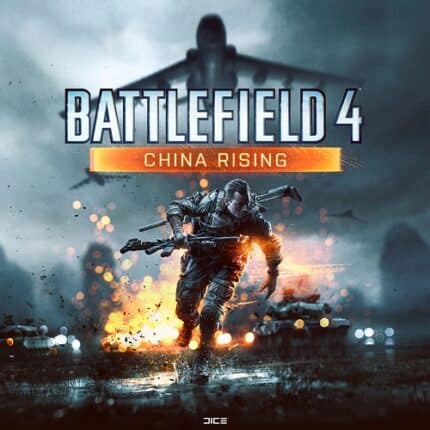 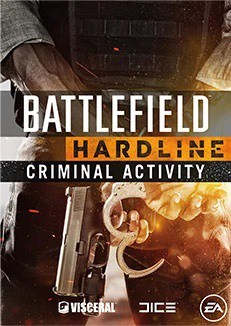 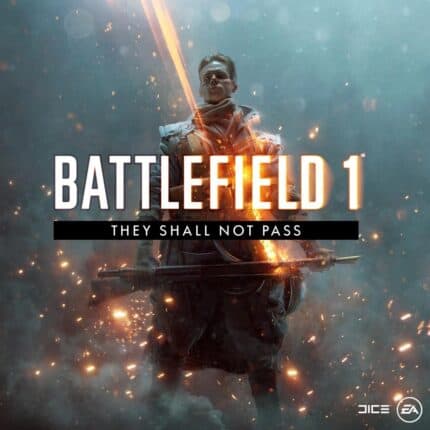 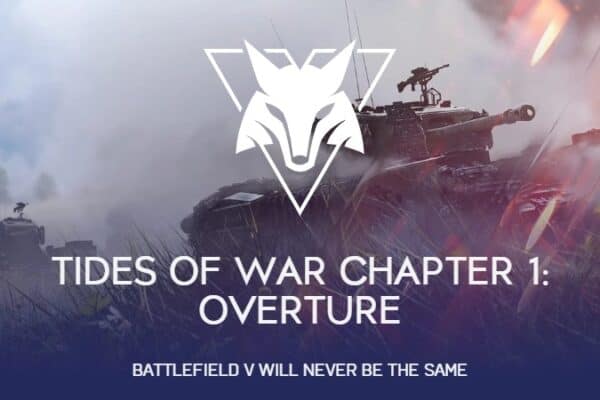 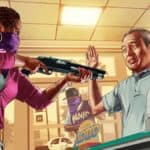