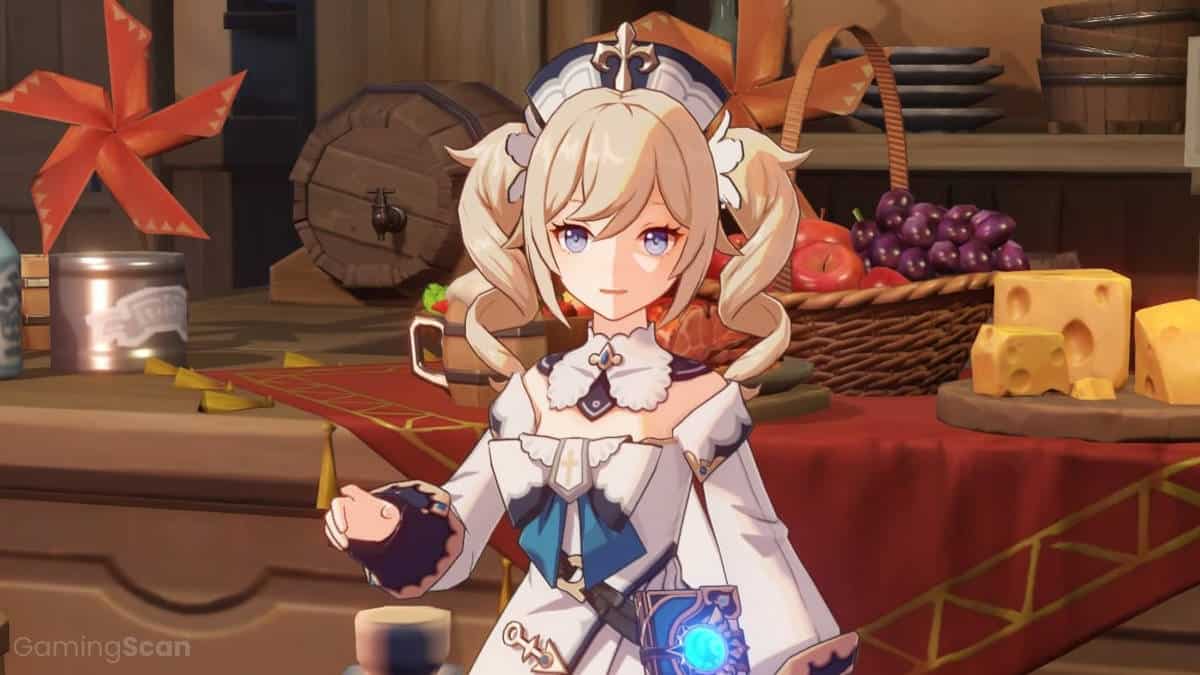 Barbara is a 4* Hydro Catalyst Support whose main role is that of a team healer.

She’s also one of the free characters that all players are guaranteed to obtain just by playing through the early chapters of the game’s story. Traditionally, free units in Genshin tend to be underwhelming and Barbara is one such unit.

As far as her healing capabilities go, Barbara is more than capable of keeping any team alive. What’s more, she even has the ability to revive fallen allies, provided you’ve unlocked all of her constellations.

However, Barbara’s kit offers very little outside of healing. In a game where Supports need to accomplish more than this to stay relevant, she lags behind. This is why we put her in C-Tier in our Genshin Impact Tier List—a place reserved for average characters that are good in some situations or only excel at one thing.

You can still use weapons and artifacts to boost her overall utility, allowing her to buff the team’s ATK and/or Elemental DMG in addition to healing, but this requires some clever itemization.

In this Barbara build guide, we’ll show you how to maximize Barbara’s effectiveness as a Support by making her more than just a healer without reducing her healing capabilities.

To this end, we’ll need to evaluate her:

With all of this info, you’ll be able to turn Barbara into a capable unit.

The main issue is that she does nothing but heal. Let’s compare this to other 4* healers:

Poor Barbara just can’t keep up with all this utility without relying on the power of her equipment to carry her.

Worst of all, she’ll inevitably end up Freezing you when you use her Elemental Skill. This doesn’t happen often, but it’s infuriating whenever it does happen.

So, for the rest of this guide, we’ll focus on ways in which you can improve Barbara’s effectiveness outside of healing.

First up, let’s see if her constellations help.

Overall, Barbara has some of the worst constellations in the entire game.

C1 and C4 try to address her Energy issues, but they do so in the most ineffective ways possible.

C3 and C5 increase her healing, which is just overkill in most situations. At the very least, it’s useful for not letting her healing suffer if you want to focus all your itemizations efforts on other supporting utilities.

C6 seems great, but it just doesn’t make sense within the confines of Genshin Impact where death has no penalty and you can always ditch combat anyway—even midway through a fight.

So the only good constellation she has is C2, which slightly reduces her long Elemental Skill cooldown and increases the DMG of on-field Hydro DPS characters like Childe and Ayato.

As mentioned, our focus in this build guide is to make Barbara more than just a healer. So, instead of using a healing-oriented artifact set bonus, we feel that she works best with the 4-piece Noblesse Oblige.

Sure, she is unable to benefit from the 2-piece Noblesse Oblige set bonus since her Burst doesn’t deal any DMG. However, the 4-piece bonus will increase the ATK of all party members by 20% for 12 seconds whenever she casts her Burst, giving her that extra utility.

The main stats that work best on Barbara are:

As for substats, try and aim for:

In case you’re running Barbara as an on-field DPS in an Electro-Charged team, you should try to get some Elemental Mastery on her as well. In this situation, feel free to use the 4-piece Ocean-Hued Clam set to greatly increase her DMG output.

Despite being overshadowed by all other 4* healers, Barbara has the benefit of being team agnostic—she’ll perform her role equally in any team. You could even run the following team comprised of only free characters to great effect:

Barbara is the team’s healer and ATK buffer. With both Thrilling Tales of the Dragonslayer and the 4-piece Noblesse Oblige, she’ll be able to buff the ATK of all characters by 20% and one additional character by another 48%.

Xiangling is the team’s off-field Pyro DPS. Since her Burst can snapshot and lasts so long, it’s best to give Xiangling the buff from the Thrilling Tales.

Kaeya is the team’s main DPS, dealing Physical DMG with his Normal Attacks and Cryo DMG with his abilities. He can Freeze enemies who come in contact with him when Barbara’s Elemental Skill is active. Finally, together with Xiangling, he can proc Melt Reactions to multiply his DMG output.

Electro Traveler is the team Energy generator. All other characters require a lot of Energy to cast their Bursts, so Electro Traveler is used to feed Energy into the character who needs their Burst the most. The off-field Electro DMG he does is just the cherry on top. Alternatively, you can use Chongyun to make it so that even Kaeya’s Normal Attacks deal Cryo DMG, Thoma for some shielding, or really any other character. Barbara will make sure the team stays alive, no matter how unconventional the party composition is.

Barbara is the on-field DPS responsible for keeping Hydro applied to enemies with her Normal Attacks. In this team, it’s best to use the Hakushin Ring and 4-piece Ocean-Hued Clam set bonus to greatly increase the team’s overall DMG output.

Beidou ensures steady access to Electro-Charged Reactions though the Elemental Burst, which offers enormous amounts of AoE off-field Electro DMG.  You could use Lisa as a replacement, although this will significantly lower the team’s DMG output.

Fischl is used to generate a bunch of Electro Energy for Beidou with her Elemental Skill. She also does a bunch of off-field Electro DMG in her own right. Electro Traveler works as a replacement.

Xingqiu is here for additional Hydro DMG since he can also benefit from the DMG bonus of the Hakushin Ring passive. However, you can use a variety of characters for this last party slot. Sayu and Sucrose both come to mind for their Elemental Resistance shredding with the 4-piece Viridescent Venerer set bonus.

Barbara is the healer and ATK buffer in this team. Since the team features an on-field Hydro DPS, her C2 also gets to shine.

Childeis the team on-field DPS. Truth be told, Xiangling will be the one doing most of the DMG by Vaporizing Hydro. This is because Childe attacks so rapidly that he’s unable to be the one to consistently proc Vaporize himself. You can use Ayato in this team instead and very little would change.

Xiangling is the team’s off-field Pyro DPS, just like in the F2P team.

Kazuha is the team’s source of crowd control, buffing, and debuffing, all at once. Since none of his buffs directly affect ATK, you won’t get any diminishing returns from using him together with Barbara and her ATK buffing equipment.

Is Barbara Worth It?

It should be painfully clear by this point that Barbara is not a good character.

Her kit is just too one-dimensional, with or without constellations.

The only way to make her more effective is by using equipment or creative team compositions, but even then she’s suboptimal.

In a game where you’re always starved for resources to level up characters, leveling up Barbara is just not worth it.

However, if you’re a fan of her character, you can use the tips and tricks shown in this guide to at least make her a bit more effective than she’d otherwise be. 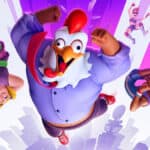