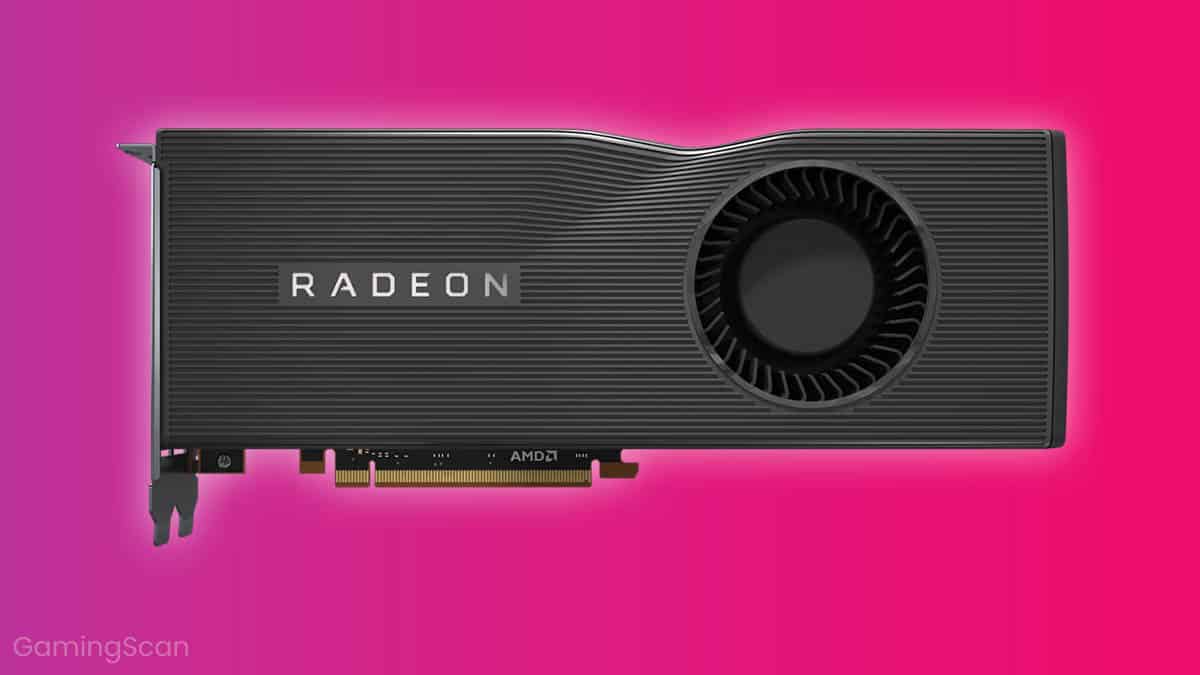 The new AMD Navi GPUs are a worthwhile upgrade if you still have an old and/or dated GPU. However, they don’t offer any substantial improvements or software features that would warrant an immediate upgrade for those who already own GPUs that can provide satisfactory performance.

Throughout the 2010s, AMD was something of an underdog in the mainstream PC hardware scene. True, their CPUs were still highly popular in budget builds, their GPUs were usually better than whatever Nvidia had to offer in the lower price ranges, and their Jaguar processors powered both the PlayStation 4 and the Xbox One.

As we know, the release of Ryzen in 2017 leveled the playing field when CPUs are concerned, but AMD is still to offer good competition for Nvidia when it comes to high-end GPUs, something they aspired to do with their new Navi lineup.

Currently, a total of seven Navi GPUs have been released, but they are all budget and mid-range solutions. So, are any of these GPUs worth getting, and does AMD have something more powerful coming up?

What Is AMD Navi?

Before we proceed, let’s do a quick recap of the basics – what is AMD Navi?

Virtually, Navi is a codename for a series of GPUs that utilize AMD’s new “Radeon DNA” GPU microarchitecture – RDNA for short.

RDNA GPUs are manufactured using the TSMC 7nm process, which makes the new architecture more power-efficient than the earlier Polaris and Vega models, which were based on the 4th and 5th generations of the old GCN architecture. Moreover, RDNA is even ahead of Nvidia’s Turing architecture, as the later is made using a 12nm process.

Moreover, RDNA graphics cards utilize GDDR6 RAM, which is a clear step up from GDDR5 and is a better solution than HBM2 when gaming is concerned. This type of memory was used in Vega GPUs that preceded Navi, and while it has much greater bandwidth than GDDR5 or GDDR6, the manufacturing costs are what drove Vega prices up and made them very poor options for gaming setups.

So, now that we have briefly gone over what Navi actually is, it’s time to take a look at the Navi GPUs that have been released thus far!

What Navi GPUs Are There?

As mentioned in the introduction, there are a total of seven RDNA-based AMD graphics cards available at the moment:

You’ve probably noticed that the Radeon VII is missing from the list, and the reason for that is simple – it’s not an RDNA-based GPU. Rather, the Radeon VII is a Vega GPU based on an updated 7nm version of the 5th-generation GCN architecture.

Now, as mentioned before, the GPUs listed above are mainly budget and mid-range solutions, seeing as they are primarily focused on the $200-$400 price range. So, how do they stack against AMD’s older models, and more importantly, are they better than what Nvidia has to offer right now?

If we compare the currently most popular Polaris GPUs with the new Navi models, how do those two stack up against each other?

Well, truth be told, the RX 580 and the RX 590 are both slightly better options than the RX 5500 and the RX 5500 XT, respectively, as they have an edge in most benchmarks and offer somewhat higher FPS in games. Moreover, since they are using a more dated architecture, they cost a little less, too, making them more viable as budget picks if you’re pinching pennies.

However, as we move up on the price ladder and get to the RX 5600 XT, the performance that Navi GPUs can bring becomes apparent, and the older RX 400 and RX 500 series AMD GPUs can’t really compete with them.

That said, if you own one of the more powerful RX 400 or RX 500 GPUs, there is little point in upgrading to Navi just yet, unless you plan on getting at least an RX 5600 XT, as the RTX 5500 and 5500 XT would offer rather poor value for your money.

When it comes to Vega, only four desktop GPUs were ever released by AMD: Vega 56, Vega 64, a liquid-cooled Vega 64 model, and as we’ve previously mentioned, the Radeon VII, which was developed using an updated 7nm version of the 5th-gen GCN architecture. Whereas the original Vega GPUs were made using a 14nm process. Of course, this excludes the Vega 3, 6, 8, 10, and 11 GPUs used in laptops.

Now, as far as performance is concerned, the RX 5600 XT is ahead of the Vega 56 and is on roughly even terms with the Vega 64, all the while the highly expensive Radeon VII offers about the same performance as the RX 5700 XT.

However, it’s worth noting that Vega cards do come with HBM2 memory rather than GDDR6 and that this type of VRAM is in a whole other league when it comes to performance, as it has much higher bandwidth. But despite this, HBM2 offers little to no performance enhancements when it comes to gaming, and it is much more expensive to produce. Vega prices quickly skyrocketed because of this, so it’s not difficult to see why they never found their way into gaming rigs.

So, if you were wondering whether Navi is superior to Vega, then the answer is yes – at least as far as gaming and value for money are concerned. RDNA is superior to GCN in pretty much every way, and AMD is yet to explore the capabilities of this architecture fully.

Now, for the important question – did Navi do anything to shake up Nvidia’s monopoly in the high-end?

Well, sadly, no – at least not yet. The most expensive Navi GPU, the RX 5700 XT 50th Anniversary Edition, comes with an MSRP of $449. This makes it a mid-range GPU whose performance fits roughly between the RTX 2060 Super and the RTX 2070 Super, priced at $399 and $499, respectively. As such, it can’t really compete with the pricier RTX 2080 Super when it comes to raw performance, and the Navi GPUs don’t have ray-tracing capabilities yet.

In the lower price ranges, the situation is a bit different than before. Namely, while AMD used to be the definite choice when it came to budget GPUs, the cheapest RX 5500 and RX 5500 XT models are both outclassed by the Nvidia GTX 1650 Super on both the performance and pricing fronts, as this $160 GPU easily outperforms the $200 RX 5500 XT.

As we move to the mid-range with models like the AMD RX 5600 XT and the Nvidia GTX 1660 Ti, Navi begins to show its value, as it is slightly ahead of Nvidia’s mid-range model and even keeps up with the RTX 2060, and offers good value compared to the newer RTX 2060 Super.

Finally, as we get to the RX 5700 XT, it is probably the best upper mid-range GPU available right now, as it not only outperforms the similarly-priced RTX 2060 Super but can also go to toe-to-toe with the significantly more expensive RTX 2070 Super in some titles.

With all of that in mind, we’d say that, when comparing AMD’s current Navi GPUs with the current Turing GPUs, the cheaper Navi models aren’t really worth considering but the mid-range ones definitely are, as they offer great overall value for your money.

Of course, ray tracing remains an Nvidia-exclusive feature right now but it’s not exactly a major selling point, seeing as few games support it and those that do, don’t often make full use of it. Moreover, ray tracing delivers a serious performance hit with mid-range GPUs such as the RTX 2060 Super.

We don’t know much about what AMD has in store for the Navi 20 GPUs, but considering that it has been confirmed that both the PlayStation 5 and the Xbox Series X will be powered by Navi and that they will have ray tracing, it’s obvious that AMD has serious plans to contend with Nvidia in the high-end.

In fact, an “Nvidia killer” high-end Navi GPU is in the pipeline, though it has not been formally announced and doesn’t have an official name yet. However, it is likely that it will be released by the end of 2020, if not earlier.

Conclusion – Are AMD Navi GPUs Worth It?

With all of the above in mind, should you upgrade to a Navi GPU right now?

Well, as far as we’re concerned, the RX 5600 XT and the RX 5700 XT are the only worthwhile models available right now, as they are both very good GPUs that can go head-to-head with what Nvidia has to offer in that same price range, albeit without the ray tracing.

As for the cheaper RX 5500 XT and RX 5500, they are overshadowed both by Nvidia’s GTX 1650 Super and even by AMD’s older RX 500 and RX 400 models that can actually offer better value for your money in this price range, even though they are somewhat outdated.

Of course, things are likely to change in the future, and the second generation of the RDNA architecture is bound to bring some major performance improvements, as well as ray-tracing capabilities. 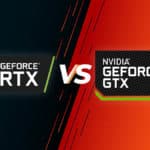 NVIDIA RTX vs. GTX – What Is The Difference?
Related Topics Tags