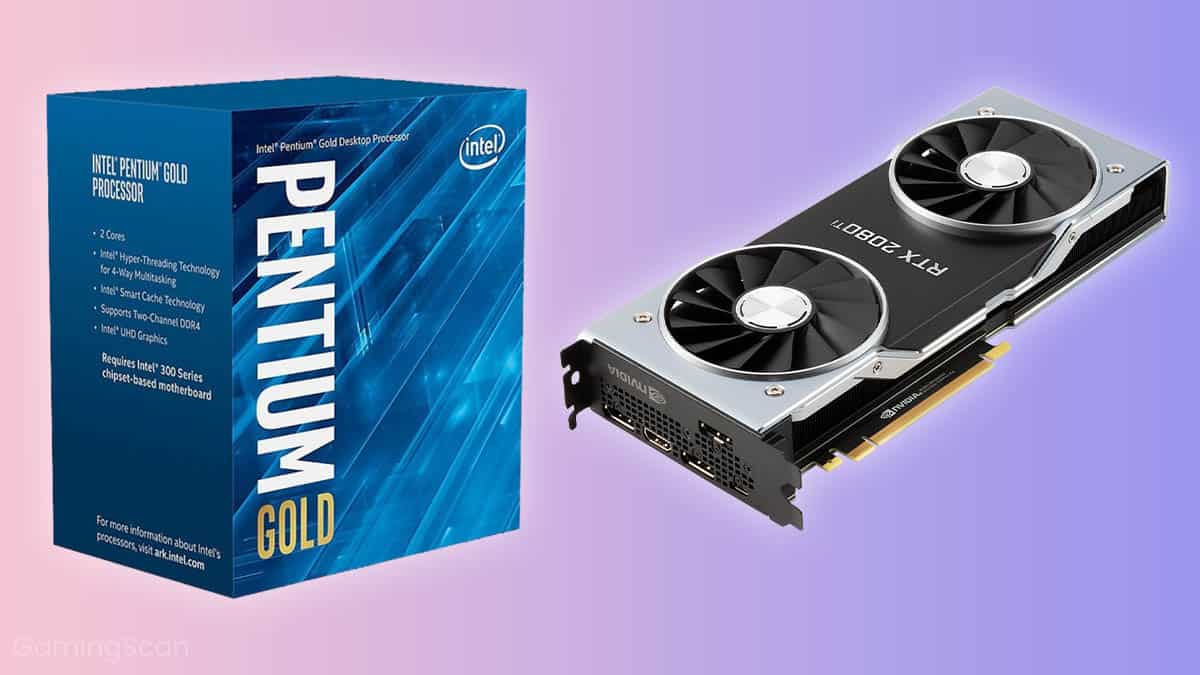 If you’re new to PC gaming and have only recently tried putting together your first gaming configuration, chances are you’ve come across the term “bottlenecking” while doing your research.

So, what is bottlenecking in the context of PC building, how do you avoid it, fix it, and how can you tell if there’s a bottleneck in your existing configuration? We’ll go over all that in this article, so read on!

What Is A Bottleneck?

The term “bottleneck” is pretty self-explanatory if we take a closer look at it. The neck is the narrowest part of the bottle that leads up to the opening, and its purpose is to make pouring whatever liquid is contained inside more controllable by restricting the amount of liquid that can escape the bottle.

Now, when talking about a bottleneck in the context of computer hardware, we are talking about a subpar performance that is caused by the inability of one component to keep up with the others, thus slowing down the PC’s ability to process data.

That said, a “bottleneck” can be created by basically any component that is significantly weaker than the other components that make up the PC. It could be the CPU, the GPU, the RAM, or the HDD that are inhibiting performance – it could technically be multiple components if one component is more powerful than the others.

However, in 2021, CPU and GPU bottlenecks are the biggest factors to consider when it comes to performance bottlenecks, so we’ll get into a bit more detail below.

When it comes to CPU and GPU bottlenecks, it can work both ways: either the GPU is not performing at 100% capacity because of a slower CPU, or vice versa. Either way, you’re going to be getting fewer FPS.

CPU bottlenecks are probably more common in gaming PCs due to one undeniable reason – gamers will almost always make the GPU the priority so that they might skimp a bit on the CPU as a result.

However, the i3-9100 is a budget CPU that just cannot keep up with the RTX 2060S – frankly, even the GTX 1660 Ti would be too big of a challenge for it. As a result, you’d be facing a significant bottleneck, and the RTX 2060S would probably be working at about 70% of its maximum capacity because the CPU just couldn’t process data and issue instructions fast enough.

However, the opposite can happen too. Someone might, due to a lack of proper information or experience, pair up a budget GPU with a CPU that is far more powerful.

Needless to say, if gaming is your primary concern, getting a Ryzen 7 3800X and pairing it up with a GTX 1660 Ti would make no sense. The CPU mentioned above is simply too powerful for a mid-range graphics card such as the GTX 1660 Ti, and a lot of the CPU’s processing power would go to waste.

Granted, a setup such as this one might make sense in a PC that is a workstation first and a gaming PC second. However, if we’re talking solely about gaming, the main question you should ask about a CPU is whether it’s fast enough for the GPU you have your sights set on. This is because the GPU that does the most important heavy lifting in games and all that extra CPU processing power won’t get you more in-game FPS.

Now that we’ve explained what bottlenecks are, we move on to the following question: how to determine if your PC has a bottleneck and what is causing it? This can sometimes be a bit tricky to determine because games can be optimized differently, and some might be putting extra strain on the CPU than others.

One way to test this is by using monitoring software such as the MSI Afterburner, Asus GPU Tweak, the AMD Control Center, or any other overclocking utility that comes with your CPU/GPU.

When the PC is under heavy load (i.e., when you’re playing a demanding game), take a look at the CPU and the GPU loads. If your CPU is operating at 100% capacity, but the GPU is not, the CPU is what’s causing the bottleneck. On the other hand, if the GPU is operating at 100% capacity, but the CPU is sitting at a much lower percentage, then it’s a GPU bottleneck.

Of course, it’s also important to look at the disparity between the CPU and the GPU load. If one of the components is hovering around 90% while the other is maxed out, it’s a small bottleneck and not a big deal, but if the CPU is working at full power and your GPU is chilling at a more comfortable 70%, then you’re missing out on a good chunk of performance.

Alternatively, you can check out a bottleneck calculator that allows you to specify the exact CPU and GPU model that you have in mind, along with the amount of RAM that you intend on installing. Then, it will give you an approximate bottleneck percentage, so it’s a useful tool to have when building a PC.

Now, we should also note that no system is 100% free of bottlenecking, as one of the two components will inevitably be a bit faster than the other. As a general rule of thumb, a bottleneck of up to 10% is no big deal, but if it is higher than that, you could probably tweak the configuration a bit to get better value for your money.

How To Fix CPU and GPU Bottlenecks

With all of the above in mind, the only way to avoid significant bottlenecks is to plan ahead and make sure that your components are in the same league and are properly balanced.

If you have found out that your PC has a significant bottleneck that you didn’t know about before, the only way to fix it is to either upgrade the component that’s lagging behind or to downgrade the more powerful one.

And that would be our quick explanation as to what a bottleneck is, what types of bottlenecks there are, how to figure out whether your PC has a significant bottleneck, and what you can do if it does.

Feel free to come back to this article as this is important to check for when building your new PC or upgrading a component of your current build.