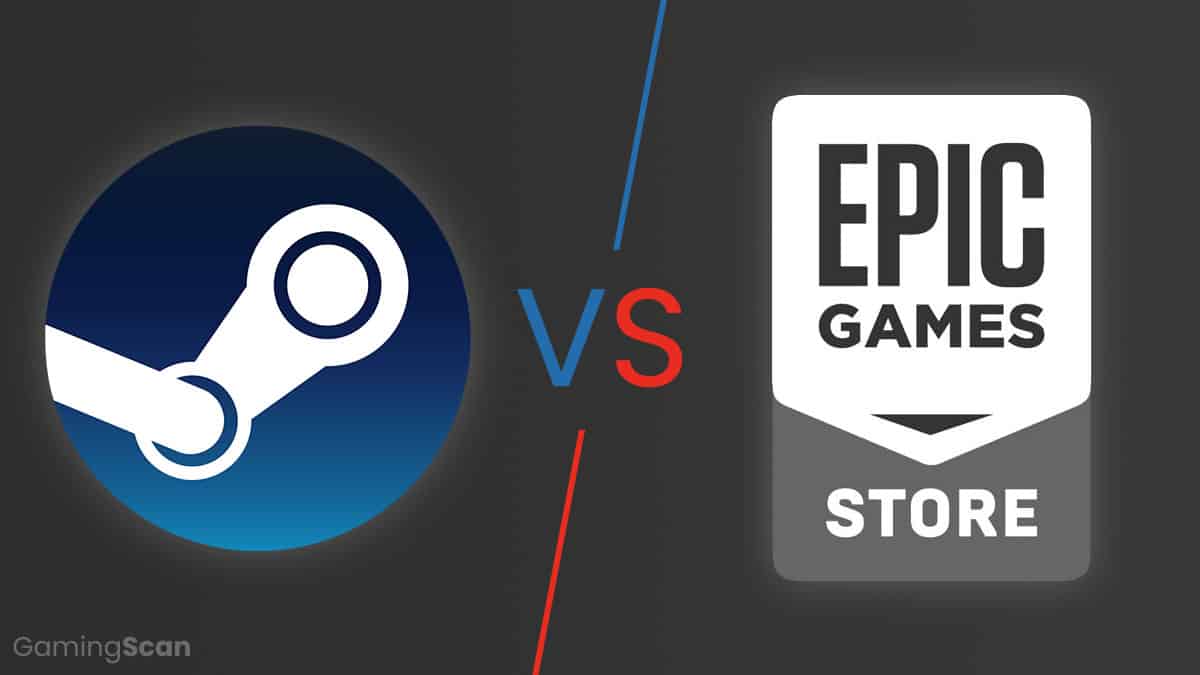 Throughout the years, Steam has managed to position itself as the go-to platform for buying and playing PC games.

And while they may have dealt with some competition in the past, no other platform has come even close to dethroning Valve’s storefront.

That is until Epic Games decided to step into the arena and launch the Epic Games Store.

Although both platforms provide a very similar service, their approach to buying and playing games couldn’t be any more different.

Here, we’ll be taking a look at how Steam and the Epic Games Store stack up across various categories to answer the age-old question: what’s the best PC game store?

Make sure to check back for any updates as these two services continue to evolve and compete with each other.

And while we’ve got you here, consider checking out one of our many curated lists for more gaming recommendations.

Related:Best Games for Low Spec PCsPrebuilt vs Custom PC – Which Is Best?

Additionally, Valve created the Source game engine, which is used for a majority of the titles they develop.

The company launched Steam in 2003, making it one of the oldest digital storefronts in gaming.

While users can access Steam via web browser and mobile, it’s mainly used as a standalone application for laptops and PCs.

Outside of game distribution, Steam serves as a social hub where users can post reviews, participate in community discussions, stream games, download non-gaming software, and much more.

The Epic Games Store is also in the business of distributing digital games.

The storefront was launched in December 2018 by Epic Games, makers of the Unreal Engine, Fortnite, and the Epic Games Launcher, which the store is built off of.

This allows users to access EGS via a web browser or as a standalone application through their desktop, similar to Steam.

While there are other digital storefronts launched and operated by game publishers, a majority are limited to titles they’ve self-published.

Additionally, users can manage their purchases via a built-in games library and stay up to date on sales and upcoming releases by visiting a Home tab.

Now that we’ve established the features offered by both platforms, we’ll see how they compare in everyday use.

Keep reading to see which store comes out on top.

Taking a look at the UI for Steam and EGS reveals streamlined designs for both storefronts.

However, once you put them side by side, it becomes clear that Steam’s UI is much more “busy” with features, images, text, and overall information being conveyed to the user.

Switching over to EGS, you can see things are a lot cleaner to the point of looking a bit barebones in comparison to Steam.

Any news regarding games is limited to the user’s Home tab, freeing up the Library to display games with large icons arranged in a grid.

Finding a game is a lot simpler than using Steam’s list format, and once the user decides on a game, starting it up is as simple as clicking on the icon and selecting ‘launch.’

If you want detailed information at a glance for each game, Steam is probably going to fair better.

However, if you desire a sleek and straightforward UI that allows you to find games without any fuss, you may prefer EGS.

Arguably the biggest category, game selection is where EGS and Steam really come to a head.

Now, when it comes to variety, Steam has EGS beat in just about every genre.

Steam also includes a tag feature that lets you combine keywords to find hyper-specific subgenres such as “roguelike-dungeon crawlers” or “crab-fighting-RPGs.”

However, Steam’s wider selection comes at the price of lower quality games frequently slipping through the cracks, making the store feel cheap and sketchy at times.

Combine this with Valve’s less-than-stellar approach to identifying and removing offenders, and you end up with a bloated storefront that forces users to sift through garbage to find the hidden gems.

On the other hand, EGS features a more limited, curated collection of games for sale.

An increasing number of AAA and indie titles have been making their way to Epic’s storefront, most notably as timed or full exclusives.

However, this is a double-edged sword for Epic, as it attracts both sales and negative buzz from PC gamers who are already entrenched in the Steam ecosystem.

Still, the superior quality of games offered by EGS cannot be ignored.

Since Epic’s exclusivity deals require a great deal of risk-taking on their part, they’re much more thorough in deciding which upcoming games to support.

Epic is also much better than Steam at holding developers accountable for neglecting games in Early Access.

This is an area Steam has underperformed in for years, even before the launch of EGS.

With all that being said, it’s clear who our winners for this category are.

Another area that factors into the appeal of using a digital game store is the price of games for sale.

While neither platform really tries to undercut the other, there are some situations where game prices may differ depending on region-specific pricing regulations.

Since Steam is available in more local currencies than EGS, it typically reflects market-valued prices in favor of a standard dollar conversion.

The end result is a noticeable fluctuation in pricing that may cause users from specific regions to pay a little extra.

EGS fairs better in this regard since it uses a raw conversion rate that ends up being cheaper for a majority of titles.

However, there are situations where Epic imposes its own regional pricing, which may also result in a higher price tag.

When it comes to the revenue split between distributor and developer for games sold, Epic takes the cake.

From its inception, the platform has provided better revenue splits than Steam, currently 12/88 in favor of the developer, whereas Steam’s ranges from 30/70 – 20/80 depending on sales.

However, in the case of Steam, that percentage goes down if a game makes over $10 million.

Epic’s revenue split is the same regardless of sales or revenue earned.

Additionally, any developer who decides to use Epic’s Unreal Engine 4 to make their game can benefit from having the standard 5% royalties fee waived.

Every digital storefront has its own unique perks to help it stand out from the competition while rewarding the user.

This is where Steam’s seniority comes in hand; it’s had years to fine-tune its game recommendation algorithm in order to create the best experience possible.

A good example is the Explore Queue, which features a curated list of recommended games based on the user’s search history and library.

Beyond that, Steam also sells content in the form of mini-games, collectibles, in-game items, and cosmetics for users’ profiles.

However, the best perk that Steam has to offer is its review system, which lets you share feedback on games with developers and other users.

A game’s rating is measured by how positive or negative reception is, with “overall” and “recent” review scores listed.

While Steam’s review system is somewhat beloved, it’s also prone to review bombing—where users artificially lower a game’s score to get back at the developer or publisher.

Although EGS may not have a built-in review system, they do offer some pretty enticing perks.

For one, users are given limited-time offers to download and keep a selection of games each month for free, with highlights like GTA 5 included.

But despite their best efforts, EGS still comes up short against Steam’s suite of user perks.

Steam’s longer lifespan has also allowed it to improve its social features throughout the years.

Users are given their own dedicated profile tab where they can write posts, share media, level up, and receive recommendations based on what their friends are playing.

Lastly, it gives you the option to link your Steam and console profiles, allowing you to communicate with friends across multiple platforms.

This is what we meant when we referred to EGS as feeling too “barebones.”

While users have the option to add people to their friends’ list and chat, that’s pretty much it.

There are no unique profiles, no media sharing, no review system, and no community hubs for games.

While Epic has been taking strides to improve the platform since its launch, they still haven’t been able to catch up to Steam’s level of user-to-user engagement.

With all that said, you can probably already tell where this is heading.

When you take each category into consideration and do some quick math, it’s clear which store wins.

Steam has been around forever and, in that time, has grown a loyal and active userbase.

While this means a lot of junk gets added to the store, there are still a ton of great games to discover using unique keywords and tags.

EGS may look sleeker and have a ton of great exclusives and free games each month, but they simply don’t have enough features to compete with Steam.

That doesn’t mean Epic can’t catch up; if Valve fails to address obstacles like low-quality titles flooding their store, frequent review-bombing, and small revenue splits, the EGS can capitalize by focusing on those areas.

That appears to be exactly what Epic is doing to some success, even though they still have a long way to go. 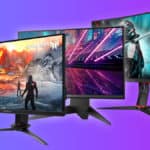 IPS vs TN vs VA – Which Is Best For Gaming?