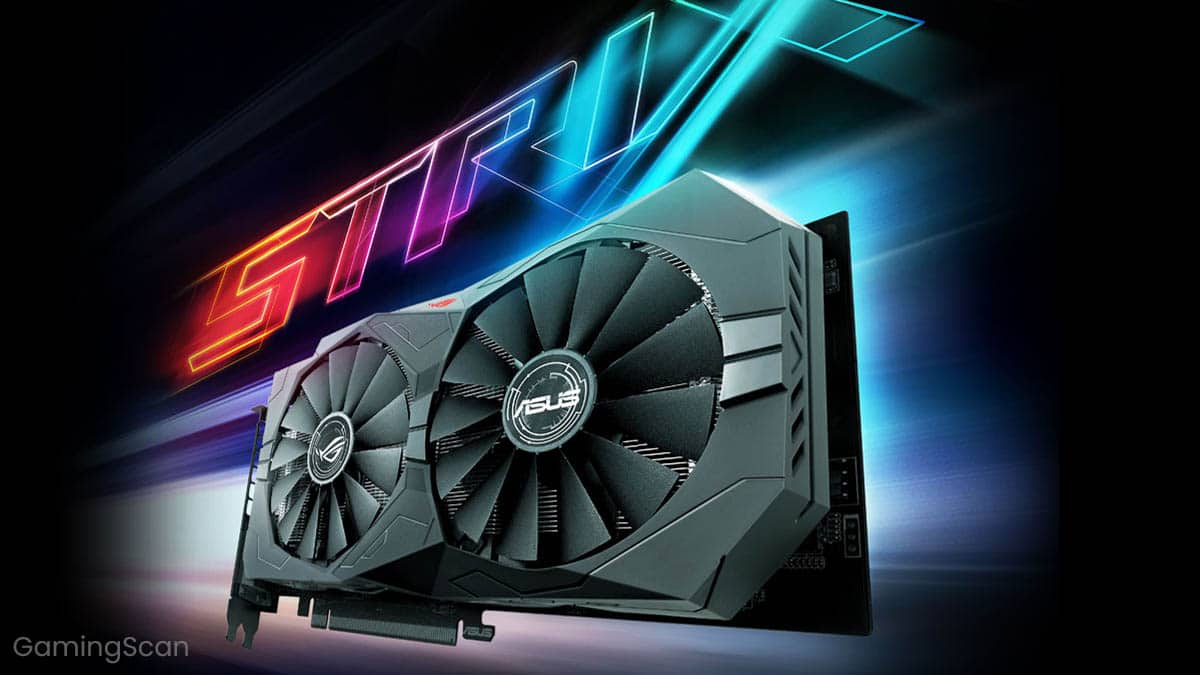 If you’re struggling to choose your next graphics card, you’re not alone. With so many manufacturers out there, deciding on which specific brand and model to go for is by no means an easy task.

After all, you’re about to spend a good chunk of cash on a piece of hardware that is supposed to last you several years, so it’s only natural to want to get the very best graphics card that you can.

But how do you find the one that best suits your budget and needs? What constitutes a “good” graphics card manufacturer and how are graphics cards made by one manufacturer different from those made by another?

We’ll answer all these pressing questions in this guide, and we’ll also list some of the most notable graphics card manufacturers nowadays.

Graphics Card Manufacturers – How Do They Differ?

First and foremost, we should draw a distinction between a GPU and a graphics card.

“GPU” stands for “graphics processing unit” and it refers specifically to the specialized chip designed for graphics processing tasks, as the name clearly implies. In turn, the term “graphics card” refers to more than just the GPU—it includes the PCB, the memory configuration, the cooling, the output ports, and exterior design elements.

That said, Nvidia and AMD manufacture and sell GPUs to the companies that are then free to customize any of the aforementioned aspects of a graphics card as they see fit without altering the GPU itself in any way.

Of course, the manufacturer can still influence the GPU’s performance, primarily based on the type of cooling solution that they implement. However, the difference in raw performance is usually quite small and borders on negligible most of the time.

If we set aside the hardware, there are two other factors that tend to be more important when it comes to picking between different manufacturers, and these are the pricing and the warranty coverage.

Pricing is fairly self-explanatory, but let’s just get a few things straight.

We all know that some manufacturers price their graphics cards lower. Although cheap doesn’t always mean good, some budget graphics cards do offer good value for your money, i.e., they sell quality hardware at a relatively low price. Similarly, a more expensive graphics card could come with, say, a better cooler, but the performance increase might not be enough to justify the price increase.

In general, most manufacturers offer a 3-year limited warranty on graphics cards, while some offer only 2-year coverage. Furthermore, some also give you the option to get extended warranty that can keep you covered for a few more years, provided that you register the product and pay a little bit extra.

Moreover, some people like to keep manufacturer reputation and reliability in mind as well, although this is very difficult to gauge accurately. Why?

Well, simply because customer experiences can vary wildly. While some will swear by a certain company’s customer support, others are bound to have horror stories about it. On top of that, most of the companies listed here sell dozens of different graphics card models, and it’s inevitable that there will be some faulty cards in every series.

Now, with that out of the way, we can start listing some of the best and most well-known graphics card manufacturers that you’ll commonly encounter today! 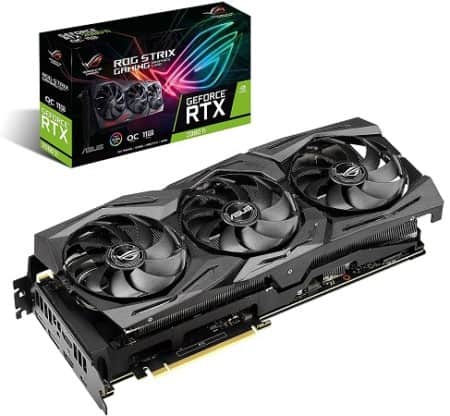 Asus is, without a doubt, one of the biggest and most widely known hardware manufacturers on the list. In addition to graphics cards, this Taiwanese company also makes laptops, monitors, motherboards, smartphones, as well as a variety of computer peripherals and accessories.

When it comes to graphics cards, Asus is perhaps best known for its Republic of Gamers brand. The ROG Strix cards are known for their efficient cooling, aggressive and RGB-heavy design, and for their prices, too, which can definitely be a bit high compared to the competition.

Of course, they also have several other series that focus on more affordable solutions, such as the blower-equipped Turbo cards or the more bland-looking and budget-friendly Dual and TUF series.

So, all in all, Asus is a versatile manufacturer that can meet the needs of both performance-oriented but also average gamers, although their ROG Strix models can be a bit pricier than some competing models that offer a similar level of performance, as mentioned above. 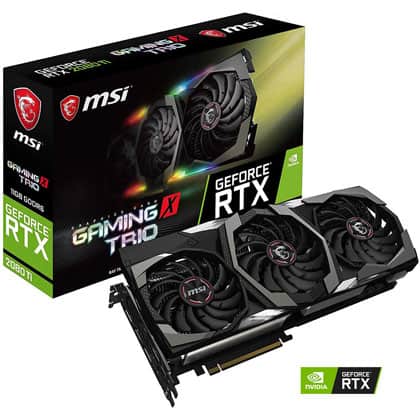 Much like Asus, MSI is another popular hardware manufacturer based in Taiwan. The company also sells its own laptops, motherboards, monitors, peripherals, among other things. When it comes specifically to graphics cards, they also offer everything from budget-friendly solutions to high-end ones that would undoubtedly appeal to any enthusiast out there.

MSI’s most popular graphics card lineup is their Gaming X series that currently features not only a very sleek and good-looking exterior design, but also very efficient and quiet cooling. Meanwhile, just like Asus, they also have a selection of more affordable cards on offer that would appeal to those who don’t have a lot to spend on a graphics card.

Ultimately, while MSI and Asus are on fairly even terms, we’d be inclined to recommend MSI over Asus at the moment. This is mainly because we find that they tend to offer slightly better value for your money overall. We’d also say they look better, but that’s a subjective matter. 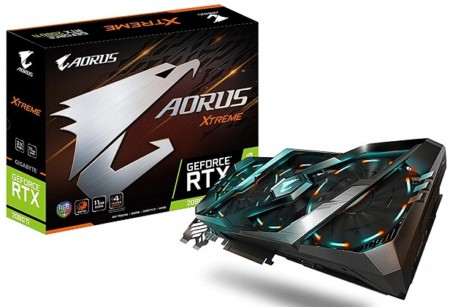 Warranty: 3 years; 4 or 5 years with an extended warranty (only select models)

Next up, we have Gigabyte, which is yet another popular Taiwanese company that sells a wide range of hardware and computer peripherals. Along with Asus and MSI, they are one of the most dominant graphics card manufacturers in the world.

Gigabyte generally tries to offer better value with their cards, at least in the low-end and the mid-range. Namely, while they don’t have spectacular cooling, they tend to be a bit cheaper, and this will always appeal to gamers who are working with a limited budget.

However, in the high-end, Gigabyte’s Aorus brand really goes above and beyond when it comes to design. Namely, Gigabyte Aorus graphics cards usually come with bulky, angular shrouds and heavy RGB lighting that can give Asus’ RoG products a run for their money. While this type of exterior would undoubtedly appeal to RGB enthusiasts, others might simply find it too over-the-top. 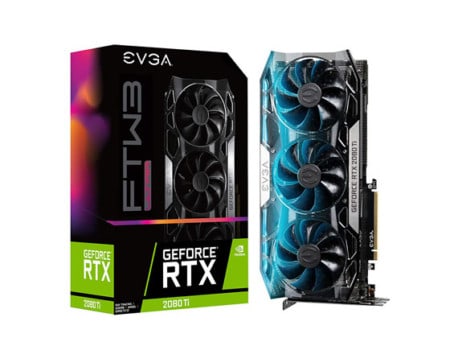 Unlike the three manufacturers listed above, EVGA is an American company and they make only Nvidia graphics cards, in addition to some other hardware and accessories. In any case, EVGA is known for the high quality of the graphics cards they manufacture. While some of the high-end models can be fairly expensive, they still have something to suit every budget.

Moreover, it’s safe to say that they probably have some of the best warranty programs out of any company on this list. We’re talking extended warranties of up to 10 years, which are available at relatively low prices. That said, it’s easy to see why so many Nvidia fans swear by EVGA. 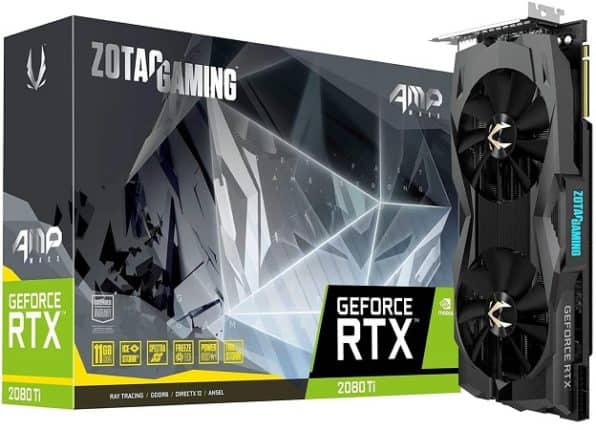 ZOTAC is a relatively young Hong Kong-based company that, much like EVGA, currently manufactures only Nvidia graphics cards, in addition to Mini PCs and some additional accessories.

Their product selection isn’t quite as varied compared to some of the larger manufacturers we have listed so far, but ZOTAC still has something to suit everyone’s needs—from the more RGB-heavy high-end AMP models to some more compact and affordable variants of certain GPUs.

Speaking of which, ZOTAC is probably the best choice at the moment if you’re building a small form factor gaming PC, as their Mini models are quite compact and offer relatively good cooling, too. 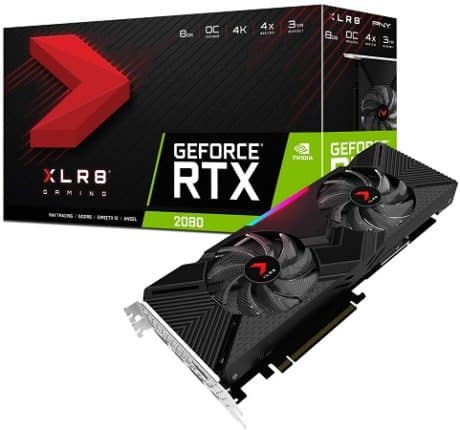 PNY isn’t exactly as widely known a name as most of the others on this list. It is a U.S.-based company that primarily makes flash memory products, but they also have a handful of graphics cards on offer that you might come across.

Overall, the main thing that PNY graphics cards have going for them is their affordability. As you might expect, PNY cuts a lot of corners with their graphics cards in order to make them as cheap as possible, so chances are that their cards will appeal to those who are really pinching pennies and need to spend as little as possible on a GPU. 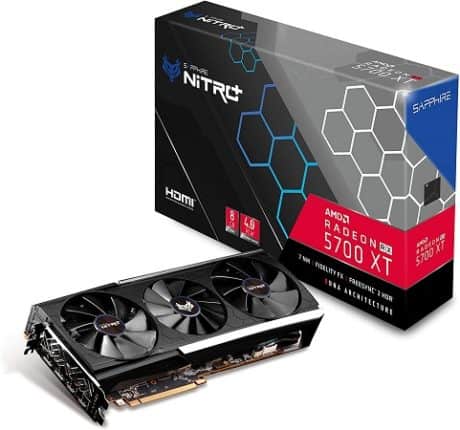 Now, we get to one of AMD’s exclusive partners, and it’s definitely one of the more popular ones—Sapphire. Based in Hong Kong, Sapphire offers some of the best AMD graphics cards that you’ll find at the moment, and it’s not difficult to see why it is the favorite of many an AMD fan.

Their build quality is spot-on, and their coolers are very efficient, too. However, Sapphire offers a relatively short warranty period compared to some of the other manufacturers on this list, so that might put some potential customers off. 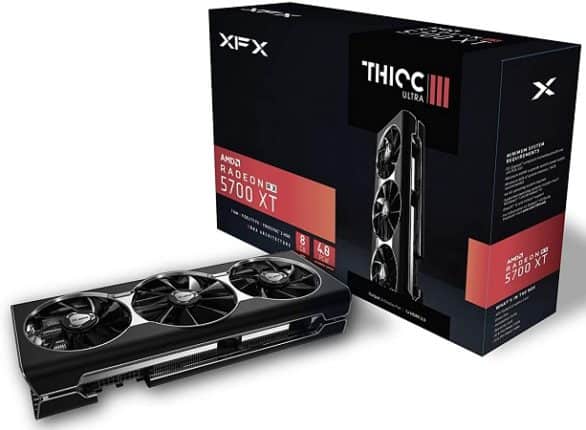 Much like Sapphire, XFX is another highly popular AMD partner that focuses on reliability and value above all else. They are an American company, and while their graphics cards don’t offer much in terms of design, they more than make up for that with their great price-quality ratio.

That said, with their simple black shrouds, the latest XFX cards might not look like much, but they offer good cooling and reliability at a more approachable price than some of their competitors. As for the warranty, they offer a 3-year limited warranty on most of their mainstream cards, although some models only come with two.

That would be our selection of what we feel are the best graphics card manufacturers today. Granted, they all differ from one another in several respects, but as mentioned before, it’s simply impossible to generalize and pick “the best one”.

After all, graphics cards are best judged on a case-by-case basis, which is why we suggest reading our selection of the best gaming graphics cards in 2022.

Check it out if you want a closer look at some of the most appealing graphics cards available today, as well as answers to some of the questions you might have when it comes to finding the ideal graphics card! 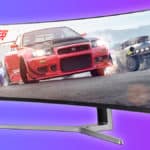 Best Aspect Ratio For Gaming – Which Should I Choose?
Related Topics Tags