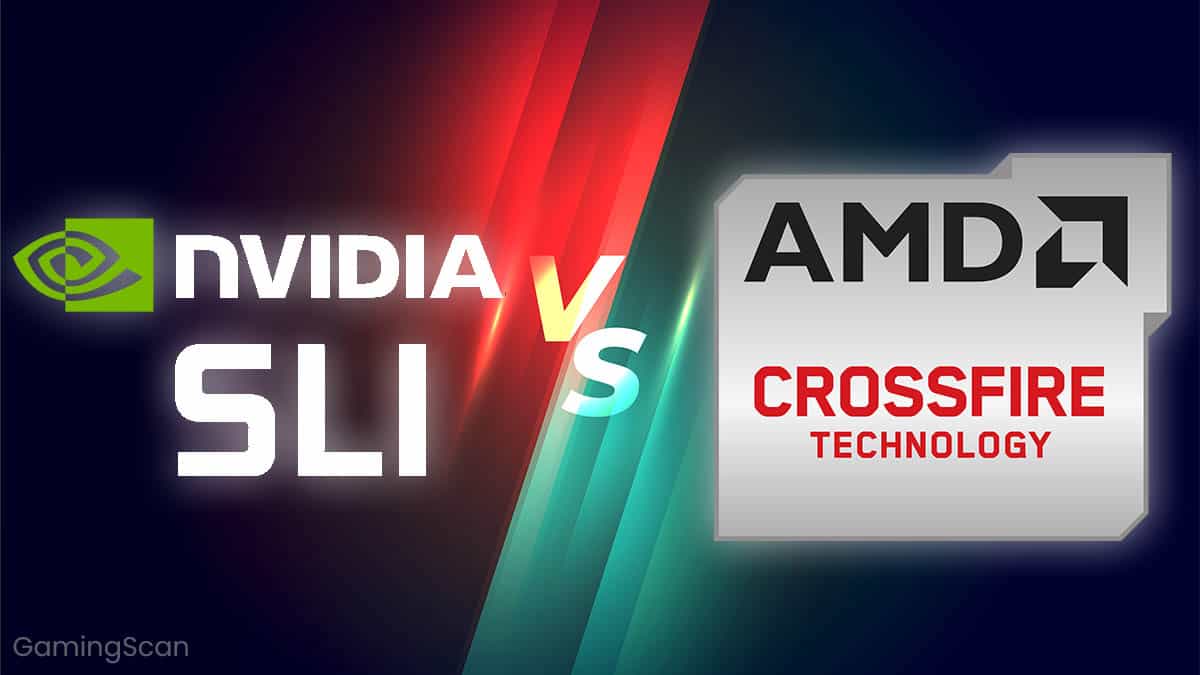 If you’ve ever wondered about how multi-GPU setups work, then you’ve probably encountered the terms CrossFire and SLI. These technologies are what allows two or more GPUs to work in unison, and they were developed by AMD and Nvidia, respectively.

In this article, we will briefly go over what these two technologies are and in what terms they differ, so if you’re thinking about investing in multiple graphics cards, read on!

What Is AMD CrossFire?

CrossFire is, as we’ve already established, the name of AMD’s proprietary hardware technology that allows two or more compatible AMD GPUs to work together, thus improving graphics quality and performance.

What Is Nvidia SLI?

Put in the most basic of terms, SLI is Nvidia’s equivalent of CrossFire, except that it is exclusive to Nvidia GPUs. In its current form, SLI has been around since 2004, although the underlying hardware and technology has morphed considerably over time.

On the surface, AMD CrossFire and Nvidia SLI are the same technology except that they work for each companies line of GPUs. When we scrutinize the specifics, the two techs start to diverge.

First and foremost, CrossFire is compatible with GPUs from the same architectural generation; otherwise, the demands are pretty loose. Different clock speeds, RAM, the manufacturer aren’t an issue.

SLI, on the other hand, runs a stricter set of prerequisites, including the need for two identical graphics processors (clock speeds can be different to allow for overclocking), not necessarily from the same manufacturer (think MSI, EVGA, etc.) and with an identical RAM configuration.

For example, with CrossFire, you can pair an AMD Radeon RX 580 with an RX 570 without any issues, while with SLI, you’ll need to have two Nvidia GeForce GTX 1080 cards.

Nvidia is all about ring-fencing the user experience by limiting compatibility to ensure consistency, while AMD offers versatility and degree of options resulting in less consistent user experience.

In there’s any doubt at this point, combining an Nvidia GPU and an AMD GPU in a multi-GPU setup won’t work regardless of the model, generation, RAM, or whether you hope to use Crossfire or SLI.

In the past, both CrossFire and Nvidia required a bridge; AMD Bridge Interconnect and Nvidia SLI Bridge respectively, although since the 200 series onwards, CrossFire makes use of the PCIe bus instead of a bridge.

AMD achieves this through a hardware engine tech called XDMA that open up a direct channel between the GPUs.

XDMA allows each GPU to communicate with the other while avoiding the processor altogether as well as other non-essential parts of the GPU.

Performance doesn’t take a hit with the current generation of AMD GPUs, and the bandwidth available is more substantial than through Bridge Interconnect.

Nvidia has yet to integrate a similar solution, probably wary of upcoming GPUs maxing out the PCIe bus and causing performance issues.

It has instead updated the SLI Bridge tech over the years from the Standard SLI to SLI HB, and more recently, NVLink. NVLink is a bridge technology offering upwards of 50 times the bandwidth of SLI HB and is only available with the top tier RTX 2080 line of GPUs.

Another difference is that CrossFire works with APUs (integrated graphics units in CPUs) and discrete graphics cards via what AMD calls Hybrid Graphics, previously known as Hybrid Crossfire, and Hybrid CrossFireX.

The tech is mainly geared towards lower-tier cards and for laptops where the integrated graphics unit and discrete GPU combine forces to improve the graphical capabilities of the machine, but also manage power consumption.

For low power tasks like web browsing, less power is used, while for graphically demanding tasks, both cards combine for better performance.

Beyond shared rendering techniques – covered below – CrossFire also uses what’s called SuperTiling, which has each frame broken down into pixel tiles in a checkerboard grid. The grid tiles are then alternately shared among the GPUs for rendering.

A further difference comes down to technicalities. Nvidia requires motherboards to be SLI certified, which means manufacturers must fork out a fee for a license, and PCIe slots need to fit a set of specifications.

CrossFire compatibility, on the hand, is much less stringent, and all a motherboard needs is a pair of PCIe slots. For this reason, CrossFire enabled motherboards are more readily available and at a much lower cost.

Another difference is that CrossFire only works in fullscreen mode unless engineered by developers to do so, while SLI is more flexible with compatibility in windowed/borderless mode.

The above aside, the most significant difference between CrossFire and SLI is that AMD phased out the brand name at the tail end of 2017 in favor of ‘’mGPU support’’ (multi-GPU), while Nvidia has stuck with the SLI acronym.

The logic behind AMD’s decision is that with the advent of DirectX 12, the way a game supports multiple GPUs has changed drastically.

With DirectX 11, the onus was on AMD to create profiles for games. In other words, drivers for their cards with settings geared towards allowing a specific game to make the most of CrossFire.

By comparison, DirectX 12 shifts responsibility to the developers, who must incorporate mGPU support into the game engine with clear instructions on how it must make use of the dual (or more) GPUs.

Although CrossFire has been officially and honorably discharged, AMD continues to provide support for games using DirectX 11 and create profiles.

The move towards DirectX 12 games and engines is a slow process, so AMD support looks to remain for the time being.

Differences aside, the core concept remains identical, and as you’d expect, there is a significant overlap.

CrossFire and Nvidia share the same multi-GPU rendering modes: SFR and AFR. SFR or Split Frame Rendering sees two or more cards share the frame by dividing it into two and rendering their respective parts independently. The rendering work is then combined to create a single frame.

In a CrossFire setup, the mode is called Scissor rather than SFR but is the same process.

AFR or Alternate Frame Rendering works by assigning specific frames to each card on an alternating basis. One GPU renders the first frame, while the other draws the next frame and so on.

As for compatibility, both CrossFire and SLI support dual, triple, or quadruple GPU setups. Also, both technologies work best at higher resolutions for graphically demanding games.

Criticism of both technologies is more or less equal due to the core concept being identical. The most widely berated issue is the need for profiles from AMD and Nvidia for games to work, although this is set to change as DirectX 12 makes inroads in the months and years to come.

Additionally, AFR mode is widely recognized as suffering from micro-stuttering problems for both CrossFire and SLI.

Although understanding the fundamental differences between AMD CrossFire and Nvidia SLI is useful, the popularity of multiple GPU setups is unquestionably in decline. If anything, it’s become somewhat of a niche interest within the gaming hardware space.

Powerful single GPUs can meet the demands of most games – if not all – with quite a bit of wiggle room, meaning that the benefit of dual GPUs is negligible.

The cost of these powerful modern GPUs also means buying multiple copies is prohibitive. In other words, there’s no longer a need for multi-GPU setups apart from hardcore enthusiasts eager to run extremely high resolutions.

AMD passing the compatibility baton for DirectX 12 games to developers may also be a further stick to the spokes of multiple GPU ubiquity. On Nvidia’s side, the integration of SLI in GPUs is diminishing with each new series and reserved for the highest-priced models such as the 2080 cards. 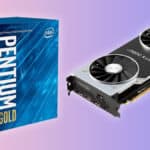 What Is A CPU Or GPU Bottleneck?
Related Topics Tags