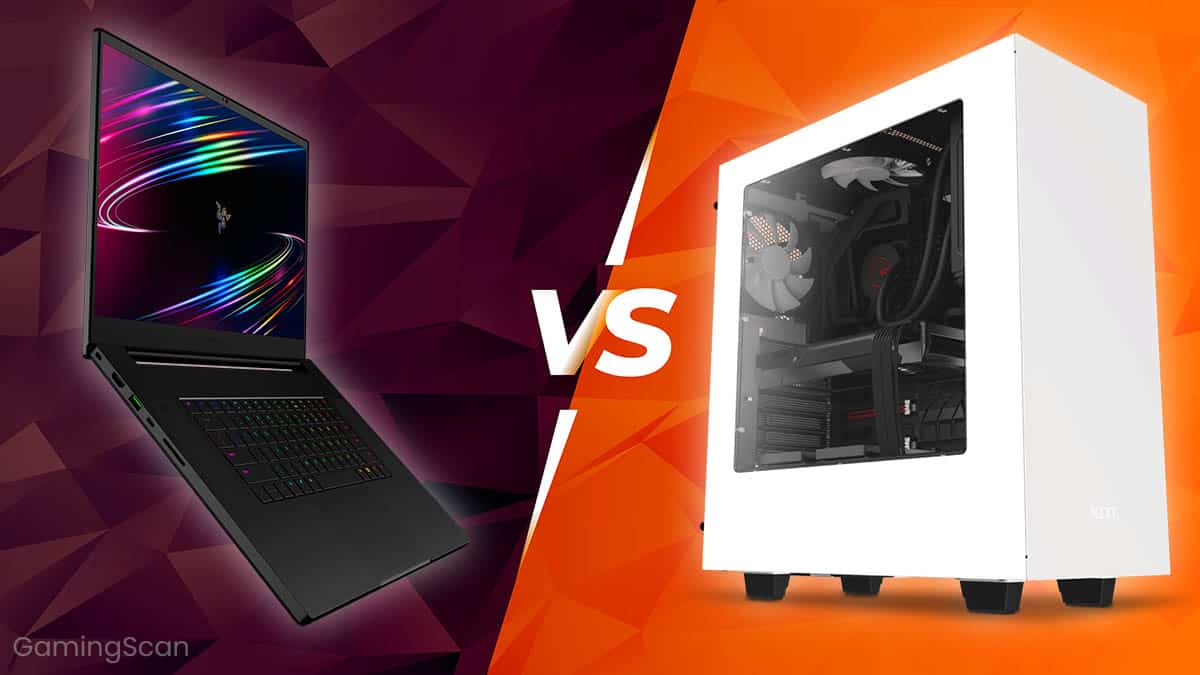 A desktop is much more cost-efficient and future-proof. Only buy a gaming laptop if you truly need the portability. Even then, external GPUs combined with adequately powerful laptops can be a better choice in a lot of cases.

When digital computers were first invented and were taking up entire rooms, with hard drives that looked like washing machines, who would have guessed that roughly half a century later, we would have computers thousand times more powerful and smaller.

Indeed, computers are getting more powerful and increasingly lighter each year. The topic of the day, however, is related to gaming laptops, with the above smartphone reference being used merely to draw your attention to just how much technology has advanced.

To be more specific, we will be comparing gaming laptops and gaming desktops across multiple points and determine which performs better in which regard.

Whenever we’re talking about a gaming system, the GPU specs are almost always the first thing that you want to know. And while it is not that hard fitting an i9 or a Ryzen 7 CPU inside a laptop, GPUs are a whole other story.

The fact is that high-end graphics cards are large. This is not such a big deal with desktop computers, but a laptop’s main advantage is the fact that it is portable and relatively light. As such, there are several issues when it comes to fitting a massive graphics card inside a small and thin plastic frame.

With all that said, there is simply no competition between a desktop and a laptop in terms of raw performance. Furthermore, the fact that a gaming laptop usually costs about twice as much as a gaming desktop with similar specifications is far from encouraging.

But it’s not all hopeless! External GPUs are a great way to turn a regular laptop into a gaming one, as long as you don’t mind the extra bulk, and your CPU is up to the task.

So, it is clear that desktops take a definite lead in the GPU department, but what about the other components?

As you can see, gaming laptops do not make any deal-breaking sacrifices in any of the above departments. However, their expandability is much more limited than that of a desktop computer.

When talking about peripherals, it should be noted that while laptops come with built-in displays, keyboards, and touchpads, that can be either a good or a bad thing.

True, you don’t have to pay extra for any of the above, but what if you’re simply not happy with what you’ve got? If you have your eyes set on a 144 Hz gaming monitor or a flashy mechanical keyboard, then those that come with the laptop just end up needlessly inflating the device’s price.

And, in the end, we have the question of flexibility. There are two areas where either a desktop PC or a laptop will excel. These are:

Arguably the most significant advantage of a gaming PC is just how customizable it is. Anyone with elemental IT knowledge can easily open a PC, and the user is free to adjust, customize, and replace any component that they wish. What’s more, it can be done with only the very basic tools – usually with just a screwdriver.

On the other hand, a laptop needs a much more delicate touch. Yes, they can be opened, and parts can be changed, but it would require specialized tools and components which are not readily available for purchase by consumers.

There is hardly anything that needs to be said in this regard. Whether we are talking about an ultra-light office laptop or a 2kg heavy gaming one, they will always be more portable than a gaming PC. After all, many computer cases alone are heavier than laptops!

Meanwhile, a full gaming PC is not only heavier and larger but also has a lot of peripherals and cables that go with it – the monitor, keyboard, mouse, etc. Obviously, transporting it can be quite a hassle.

Having said all of the above, we can only conclude that a gaming desktop is better than a gaming laptop in the vast majority of cases. They:

Conversely, a gaming laptop’s only real advantage is its portability.

In the end, we wouldn’t advise getting a gaming laptop unless you travel very often. Even then, we would still suggest going with an external GPU since most of them can be easily upgraded and don’t take away much from the portability aspect. 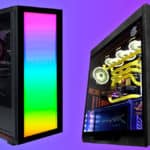