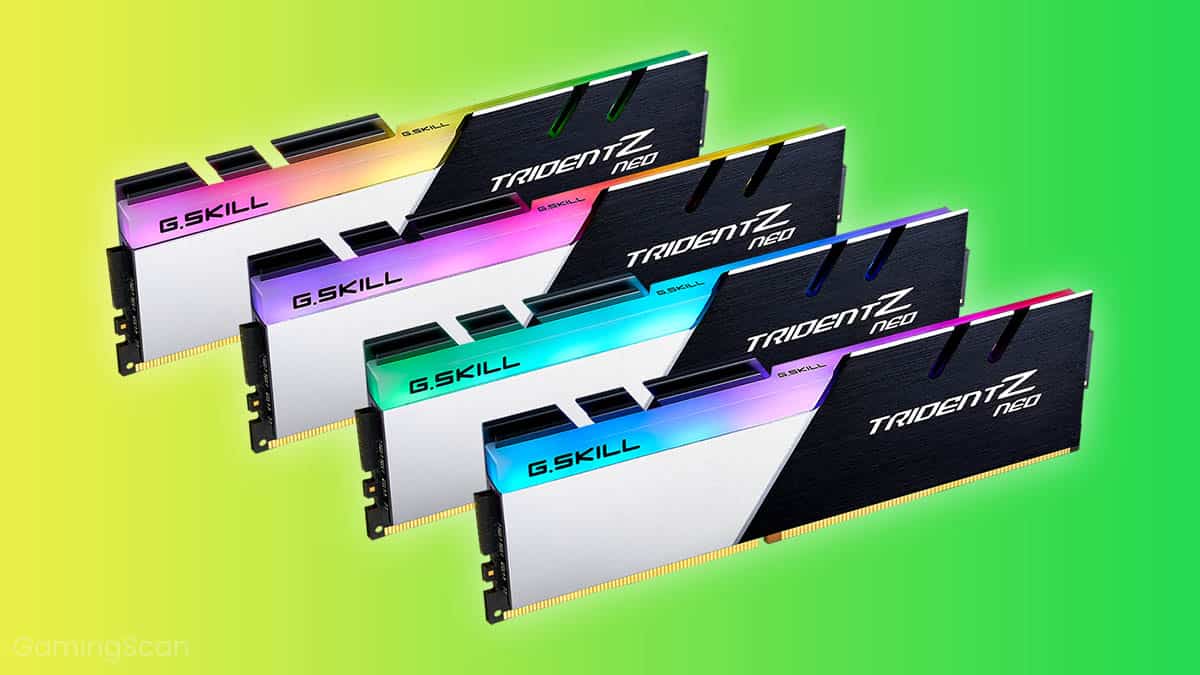 In 2023, 16 GB is the ideal RAM capacity for gaming. Lower capacities can still cut it, but will inevitably run into performance issues. Meanwhile, anything higher is simply overkill unless you’re also using your PC to run RAM-intensive professional software.

Putting together a balanced gaming rig is by no means an easy task, especially if you’re new to the whole thing and have to consider the finer details of a build that go beyond the bare basics.

One such factor to consider is RAM.

There is a lot of variation in terms of memory requirements between different games and a lot of general misconceptions floating around about RAM configurations, so it’s easy to understand why this might be a source of confusion for some people.

So, how much RAM do you actually need for gaming in 2023? Are there any additional factors to keep in mind? Read on and find out!

Related:What Is RAM And What Does It Do?How To Choose RAM

Let’s start with the basics: what is RAM and what role does it play?

Short for Random Access Memory, it is a type of volatile memory that effectively functions as your PC’s short-term memory. It is ludicrously fast compared to even the fastest SSDs currently available, allowing the CPU to quickly fetch any data that is important for the functioning of a program.

That said, in video games, RAM plays a vital role by storing all of the relevant game data in order to ensure a smooth gaming experience. If a PC is working with insufficient RAM, a game will inevitably start lagging, and that’s something nobody wants.

What Are Common RAM Configurations?

When taking a look at today’s PCs, you’ll find that the majority of them have either 8, 16, or 32 GB of RAM, most often in dual-channel configurations.

On the low end, we have 8 GB configurations, which was yesterday’s mid-range. A gaming PC with 8 GB of RAM will cut it in 2023, but you will have to make some concessions and you are almost guaranteed to face some performance issues when running the more memory-intensive games.

In the mid-range, 16 GB is the current standard for gaming. At the moment, no game needs more than 16 GB of RAM to run properly, making his configuration ideal for most gaming PCs.

And then on the high-end, 32 GB is usually reserved for enthusiast-grade gaming PCs and PCs that aren’t specifically built for gaming. This much RAM is, quite simply, overkill if you mainly intend to use the PC for gaming.

Of course, RAM is not capped at 32 GB, and mainstream motherboards can often support as much as 64 or 128 GB of RAM, with some large form factor boards capable of supporting a whopping 256 GB, too. It goes without saying that such high-capacity configurations are only really necessary in workstations and servers, and there is little point in having so much RAM in a regular desktop PC.

Meanwhile, 8 GB is not the lower limit either, as PCs with 4 GB of RAM (or even less, in some odd cases) are not yet extinct. However, it also goes without saying that PCs with such limited RAM are simply not good for running any remotely demanding 3D game.

How Much RAM Should You Get?

With all of the above in mind, how much RAM should you ultimately get?

All things considered, we’d say that 16 GB is the definitive golden spot when it comes to gaming RAM in 2023. It provides you with all the RAM you’d need to run the latest games smoothly, all the while being easy on the wallet and ensuring you won’t have to upgrade any time soon.

On the other hand, if you’re struggling to make your build fit your budget, going with 8 GB of RAM might be a good idea, especially since you can always upgrade easily further down the line. Moreover, if the games you intend on playing don’t require more than 8 GB of RAM, you might as well save some money and potentially put it towards something more important!

And then, 32 GB is also viable, either if you have money to spare and care about future-proofing your build, or if you also intend to use it for memory-intensive tasks, such as programming or video editing. Otherwise, there is little sense in investing in such a high-capacity kit.

With the main topic of the article out of the way, here are some short answers to other RAM-related questions you might have.

RAM speed, while it is a factor, is largely negligible when it comes to actual noticeable in-game performance. On top of that, RAM speed is limited not only by the performance of the RAM modules themselves, but also by the CPU and the motherboard, meaning you might end up investing quite a bit more cash than necessary if you wish to hit those high speeds.

While lower latency is better, much like RAM speed, the performance benefits of lower-latency models don’t amount to more than a couple of frames per second. As such, it is not something the average gamer needs to worry about too much.

Multiple lower-capacity RAM sticks have lower latency, are cheaper to replace in case of failure, and they allow you to take advantage of dual-channel speeds. As such, going with kits of two or four modules is preferable to a single high-capacity RAM stick.

While it is better than DDR4 on paper on all fronts, DDR5 is more expensive, not backward-compatible with older hardware, and games are still not widely optimized to take advantage of its capabilities. Because of that, it is not a cost-effective investment yet.

With that, it’s time to wrap this article up—hopefully, you have found it helpful and informative! Feel free to let us know your thoughts on the subject in the comments below.

And if you’re putting a new PC together right now, we suggest taking a look at our gaming PC builds, as we have a configuration to suit nearly everyone’s requirements across a wide budget spectrum. 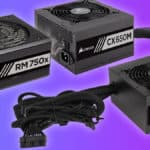