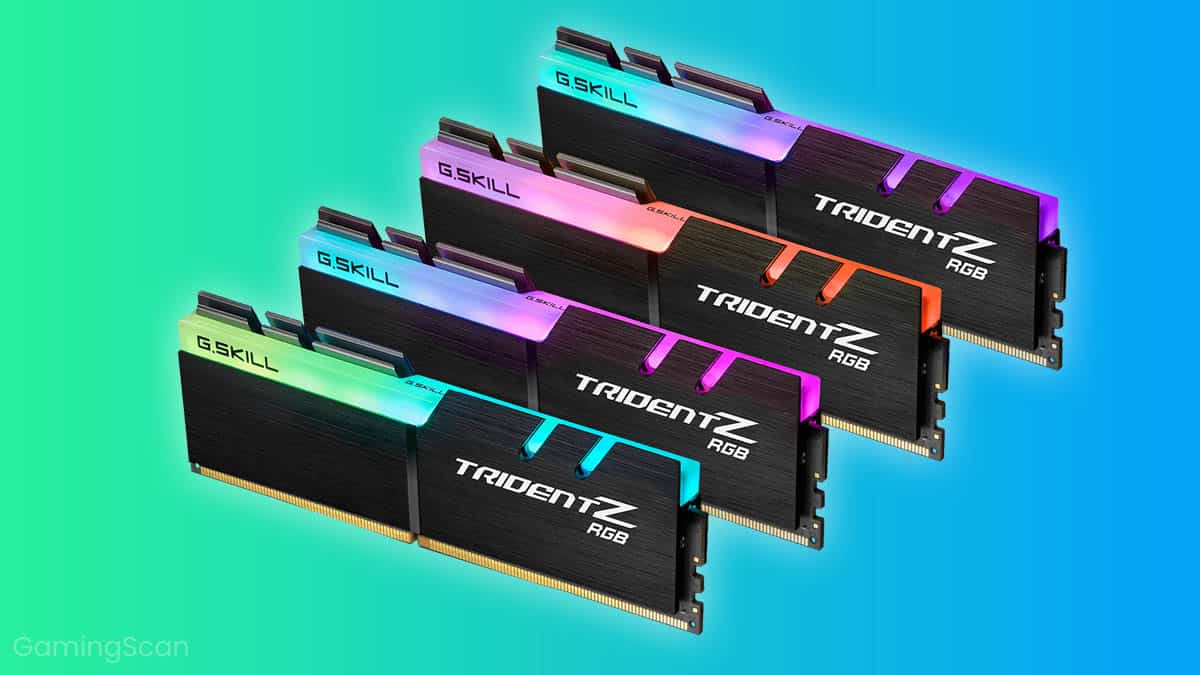 RAM is one of the easiest components to replace or upgrade, and it is often not very expensive either.

Of course, it is one the PC’s key components, which could not function without. But how important is it for gaming?

The Perfect Amount Of RAM

The impact of RAM on gaming is a strange beast, and it is an extreme and disappointing tail-off. If a system has low RAM – let’s say 4 GB – then RAM will have a significant effect on game performance. The game will have less memory to load data sets (game engine, textures, levels, lighting, and so on), resulting in a choppier gaming experience with some off-putting framerate drops.

The simple solution is to add more RAM. Yet, there is only so much RAM you can add before it reaches a certain limit beyond which all the extra RAM will end up being unused. Two factors dictate how high this threshold is and how it can fluctuate.

The first one is how much RAM a particular game is programmed to use. If a game only ever uses a maximum of 4 GB of RAM, then having 8 GB of RAM means that the extra 4 GB will remain unused.

However, it’s not just games that use RAM, and that’s where the second factor comes in: the applications that will be running in the background while you’re gaming. We are talking about streaming software, web browsers, recording software, and programs that may be running in the background (such as Steam, anti-viruses, and so on). Of course, this also includes the RAM used by the operating system itself, so it should always be accounted for as well.

With that said, if you don’t want to close down all the other applications every time you start up a game, then having some extra RAM beyond the bare minimum would be worthwhile. This point is especially relevant for streamers who need to run multiple background programs for long periods. However, this could also include graphic designers or video editors who don’t want to shut down their RAM-hungry professional software every time they want to take a gaming break.

In today’s gaming landscape, anywhere between 8 GB to 16 GB is usually more than enough to run the majority of games comfortably. However, it’s 2020, games are getting more demanding, and developers are making use of more and more RAM.

As such, the minimum recommended amount of RAM found in gaming PCs will grow in time, though at the moment, most agree that 16 GB is the sweet spot: you won’t run out of RAM when gaming, and it’s future-proof.

While 8 GB are still enough and a viable alternative for budget builds, you may encounter difficulties with some of the more demanding games – not to mention that it might get filled up quickly based on the software you’re using.

How Much Of A Difference Does More RAM Make For Gaming?

Once again, upgrading from 4 GB to 16 GB and running a game that uses a maximum of 8 GB of RAM will have a minor, yet noticeable impact. It may run more smoothly, you may get a few extra FPS, and the loading times would also be slightly improved.

Conversely, if you have 8 GB of RAM and are upgrading to 16 GB while the game only uses 8 GB, then the difference will be unnoticeable to the naked eye.

With that said, prioritizing a more powerful CPU or GPU based on what games you usually play and what software you use could be a more worthwhile investment when it comes to gaming.

What About RAM Clock Speed?

The answer here is very similar: the improvement depends on the software that you use, the RAM capacity, and the speed of the previous RAM setup. A higher clock speed means more operations being executed each second so that the RAM will be handling data faster.

However, in the majority of cases, when it comes to gaming, the difference in performance will be unnoticeable or barely noticeable.

Of course, also CPUs and motherboards should be taken into consideration. Not all motherboards support high RAM speeds or RAM overclocking, while there is always the issue of bottlenecking when it comes to the CPU.

If the CPU cannot keep up with the RAM, then you’d be dealing with a bottleneck, and the RAM won’t be utilized to its full capacity.

As usual, when it comes to gaming, it is always the GPU that has the most impact.

GPU and VRAM Are The Most Important Factors For Gaming

GPUs have inbuilt RAM called VRAM, short for video RAM. VRAM is a quick form of flash memory that stores all sorts of graphics data and allows the GPU to access it almost instantly.

Unlike regular system RAM, VRAM is heavily used by games, so even a minor increase in VRAM capacity can create noticeable performance improvements.

This is particularly important with high-resolution displays, such as QHD and UHDs. Today, 6 or 8 GB are generally the ideal amount of VRAM to have in a GPU. You could still manage with 4 GB if you’re on a budget and gaming in 1080p, though it wouldn’t be a very future-proof solution. In contrast, anything beyond 8 GB can be seen as a bit of an overkill unless you also use a display with a high resolution and/or intend to use the GPU in a workstation.

Generally speaking, if you want better in-game performance, focus on the GPU. Upgrading from a 4 GB last-gen graphics card to a current-gen 8 GB one is bound to make for a noticeable performance improvement just from the extra VRAM alone – not to mention how much faster and more optimized the updated GPU architecture would be.

The simple answer is that RAM has a minimal impact on gaming past a certain threshold. As long as you keep the RAM requirements of your favorite games in mind, you won’t end up overspending on RAM.

However, as we’ve mentioned in the article, 16 GB tends to be the optimal amount of RAM to have in a gaming PC in 2023.

However, 8 GB of RAM is fine if you can’t afford more or you’d just rather put the extra money towards a better GPU, which is something that you should prioritize when it comes to gaming. 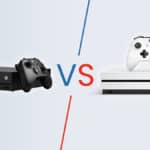 Xbox One X vs Xbox One S – Which Should I Choose?
Related Topics Tags