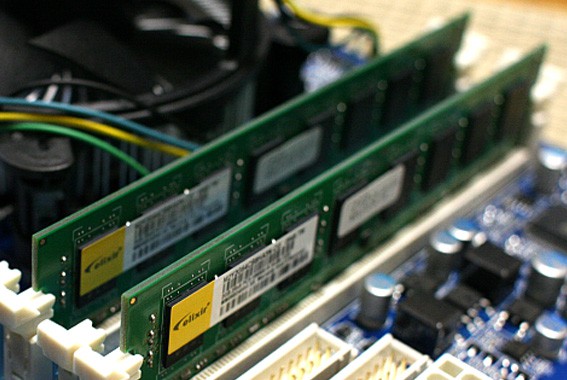 After the CPU and GPU, the RAM is the most important factor when it comes to the overall performance of a build.

Much like the CPU and GPU, the specification sheet of any individual RAM module or kit is a maze of acronyms, features and various other specifications that might mean nothing to the average gamer.

So, how exactly does one choose RAM? As with everything else that has to do with building or upgrading a PC, it’s all rather simple after a bit of research.

Here’s our guide on how to choose RAM.

RAM is an acronym for random-access memory and refers to a form of temporary memory used by computers. Unlike an HDD or an SSD, RAM is continuously overwritten and refreshed because its purpose is to allow a CPU to quickly access relevant data without storing it permanently.

That said, it is significantly faster than any permanent storage solution. Still, the main downside and the reason why it cannot be used for long-term storage is that it can only temporarily store data while it is powered.

And why is RAM important in a PC?

Laptops/notebooks and desktops use a different type of RAM that mainly differs in form factor, that is, size, and the configuration of the connector pins through which it interfaces with the motherboard.

Due to the space constraints inherent in a laptop, SO-DIMM is about half the size of DIMM, 2.74-inches in length, as opposed to the standard DIMM length of 5¼-inches. SO-DIMM has 260 pins, while DIMM has 288 pins.

So, needless to say, laptops cannot fit DIMM memory and desktops cannot fit SO-DIMM memory, so you should take care not to buy the wrong type of RAM. Luckily, they are easy enough to distinguish at first glance.

Choosing The Right Type of DDR

Modern RAM is DDR SDRAM, and the home computer has gone through a total of four versions of it over the past two decades: DDR, DDR2, DDR3 and DDR4.

The vast majority of modern machines use the fourth-generation DDR4 that reached mass-market adoption around 2016. Meanwhile, DDR3 memory and DDR3-compatible motherboards are still available, but DDR3 is on the verge of being completely obsolete.

Without delving deep into the technicalities, let’s just say that DDR4 is significantly faster than its predecessor and that it is an improvement in virtually every way.

Determining whether your motherboard supports DDR4 or DDR3 is quite simple: search for System Information, and then under System Summary, you’ll be able to see which motherboard you have in the System Model field. Then, all you need to do is find that model on the manufacturer’s website and check all the information that you need in the spec sheet.

However, physical slots aren’t everything — there is the maximum amount of RAM that the motherboard can support, and this is also something that you can easily determine with the help of a spec sheet.

But again, this isn’t something that you need to worry about if you’re building a gaming PC, as you’d be hard-pressed to find any newish motherboard model that doesn’t support at least 32 GB of RAM.

Motherboards have a RAM ceiling and so do CPUs. But just like with motherboards, this limit won’t be an issue with modern 64-bit CPUs that commonly support up to 64 GB or 128 GB of RAM, as with the latest 9th generation Intel Core and the 3rd generation AMD Ryzen.

As long as you have a relatively newish 64-bit CPU, you don’t really need to worry about the RAM limitations imposed by the CPU or the OS, as gaming PCs hardly need more than 16 GB of RAM at the moment. But of course, if you’re using an older CPU, it never hurts to check and be sure.

Higher clock speeds and overclocked RAM can indeed constitute a performance improvement, but it would come down to a couple of frames at best, so it’s really not worth spending extra on fast RAM with a flashy heat spreader if you want to get the best value for your money.

After all, DDR4 is DDR4, and there is no big difference between 3200 MHz and 2400 MHz RAM if gaming is your primary concern.

Multi-channel RAM has been a thing for a while now, and its primary appeal lies in greater bandwidth. Namely, there is only so much data that can be transferred between a CPU and a single RAM module. So, in order to prevent bottlenecking, dual-channel and quad-channel setups come into the mix.

However, all the extra bandwidth means little when it comes to gaming, and multi-channel RAM is mostly necessary for servers and workstations running memory-hungry software that transfers vast amounts of data.

But even though the performance benefits of dual and quad-channel RAM may be marginal when it comes to gaming, having multiple RAM modules still has some benefits.

First, there’s the pricing. Getting multiple low-capacity modules is usually cheaper than getting a single high-capacity one. So, for example, if you were building a PC with 16 GB of RAM, you could shave a few bucks off the final bill by getting a 2×8 GB or a 4×4 GB kit instead of a single 16 GB module.

The prices can vary based on the supply and the market conditions, so kits won’t always be cheaper than individual modules.

And second, it’s easier and cheaper to replace faulty RAM sticks if there are two or four of them. Obviously, lower-capacity RAM modules are cheaper. On top of that, if you have a 2×8 GB kit and one module needs replacing, you can still use your PC with only 8 GB of RAM until you get the replacement module.

Conversely, if you had only one 16 GB RAM stick and it failed on you, your PC would be out of commission for a while.

CAS/CL signifies latency, that is, the amount of time that needs to pass from the read command being issued to the data being available for the processor to access. In the case of synchronous DRAM such as DDR4, this latency is measured in clock cycles rather than nanoseconds.

But without getting too technical, let’s just say that latency doesn’t mean much to the average gamer, just like clock speeds and bandwidth. The performance benefits that lower latency offers in regard to gaming are almost non-existent, so it’s really not something that’s worth spending extra money on, and capacity should still come first.

As we have previously mentioned, capacity is the most important factor when gaming is concerned, and at the moment, 16 GB is the golden number. Cramming 32 GB or more RAM into a gaming PC is just overkill in 2023, while 8 GB will usually be too little.

Nonetheless, you could still go with 8 GB at first and then upgrade further down the road, or you could go as high as 32 GB if you also intend on using some RAM-intensive programs or just want a more future-proof build.

Still, the GPU and the CPU are more substantial in a gaming PC, so don’t skimp on those for the sake of more RAM, especially if it’s just for future-proofing. As mentioned above, RAM is the easiest component to upgrade in a PC, and if you ever feel like 16 GB is too little for your needs, you can always add more.

On the other hand, upgrading a CPU or GPU is trickier, which is why you should prioritize them over RAM.

In the end, we should also note that, while different models are technically interchangeable, it’s not recommended. Combining different RAM modules, potentially from different manufacturers, can lead to unexpected compatibility issues, crashes and an overall buggy performance.

On top of that, if you’re using modules that operate at different clock speeds, all the modules will be capped to the speed of the slowest one.

So, to summarize: prioritize capacity over speed and latency, choose kits over individual high-capacity modules, leave expansion room if necessary/possible and don’t mix and match different models if you end up upgrading your RAM in the future.

And speaking of upgrading, if you’re shopping for RAM right now, you might want to check out our selection of the best RAM for gaming in 2023, as you might find something you like. 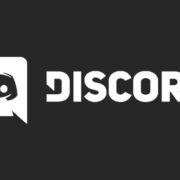