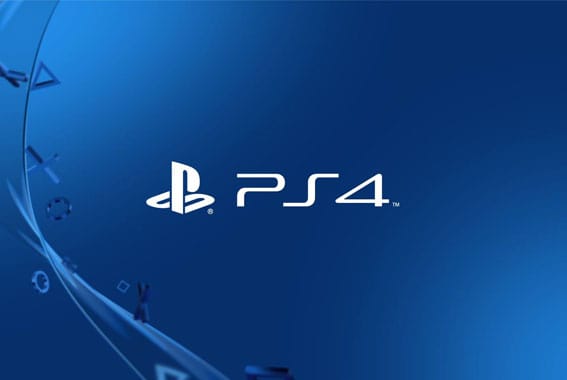 While gaming consoles don’t offer a great deal of customization when it comes to hardware and software, the theme of your gaming console is one thing that you usually have a lot of control over.

Your PS4 theme is cosmetic only, but it’s a great way to show off your personality or gaming interests for others (or just for yourself).

The PS4 has been around for several years now, so there’s no shortage of PS4 themes out there you can choose today, from dynamic animated themes to static color schemes.

Below, we’ll go over the best and most popular PS4 themes available today.

It’s hard to choose just a few best ones because so many are available these days, but we hope you like our selection. Since there are both free and paid themes out there, we’ll be including an assortment of both.

Keep in mind that these themes are listed in no particular order. If you see something you like, or if you have any good themes to add, let us know in the comments below!

If you’ve been following the PlayStation since its inception, this theme is a good option for the nostalgia factor alone. That aside, though, the 20th Anniversary Theme is adorably well-designed, and it features some nostalgic menu music, too. It’s also a dynamic theme, though it’s a simple one, so it won’t overwhelm older PS4 consoles, either.

One of the best aspects of this theme is that it’s absolutely timeless. With game-centric themes, you might feel the need to replace them after you’ve gotten your fill of the game. Not with this one! This Anniversary Theme is a great all-around theme that’s an excellent set-and-forget option.

If you played any older PlayStation consoles (notably, the PlayStation 2), you’d recognize a lot of the influences in this theme. Similarly to the 20th Anniversary Theme, the Legacy Dashboard theme celebrates the dashboard and boot experiences from past generations of consoles, bringing it up to date with the PS4. It features sounds, graphics and animations that hearken back to previous generations of consoles.

Like the Anniversary Theme above, the Legacy Dashboard Theme is another excellent set-and-forget theme. It’s also beautiful, and every time you hear your dashboard boot up, you’ll be taken back to days of nostalgia playing on older consoles.

Another nice thing about the Legacy Dashboard Theme is that it’s a dark theme. While the Anniversary theme is a light-colored theme that’ll look blinding in dark rooms, the Legacy Theme is not. This theme will look great both at night and during the day.

The Firewatch Theme is based on an indie game of the same name, but you don’t have to know anything about the game to enjoy the theme. This theme depicts the sun rising and setting over a picturesque mountain range, and it’s done in a stylized art style. The whole effect is like watching a repeated sunrise and sunset.

If you’re looking for a peaceful, unobtrusive theme that feels relaxing, this is a great choice. It comes complete with quiet music that/s reminiscent of the Firewatch game, and it’s not too bright to be unsuitable for night gaming, either, as it works on a real-time day and night cycle — at night it will be dark, and during the day it will be light.

If you’re looking for a peaceful yet stylized nature influence on your dashboard, this is an excellent option!

Who doesn’t like cats and lasers? While there are several iterations of this theme in the store, it does the laser cat meme exceptionally well. Your background comes filled with some pleasant, upbeat music, and the theme’s sound effects are reminiscent of a laser gun being fired off (but in a good way).

All in all, if you’re a fan of cats and lasers, this is an excellent choice for you!

The RiME Dynamic Theme is another incredible free theme that works great on your dashboard. This theme was released as a bonus for preordering RiME, but it’s since been made available as a free dashboard theme, too. This theme depicts the beach that you see in the opening of RiME.

This theme has some of the most beautiful background music of any theme in this lineup, and its blocky, colorful art style is pleasant to look at, too. Even if it weren’t modeled after a game, this would be a compelling PlayStation 4 desktop theme in and of itself.

Regardless of whether you play the Uncharted games, who wouldn’t want to have a stunning shipwreck on their desktop? This theme shows a visually beautiful shipwreck complete with sunbeams filtering through the ocean water. Fish swim by your menu, too!

To top off the look, this theme changes your menu options to little Uncharted-themed maps, and it adds in peaceful yet ominous background music. If you’ve ever wanted to feel like you’ve stranded yourself after a shipwreck (or if you just enjoy them), this theme is for you.

This theme from Dark Souls is surprisingly thought-provoking yet peaceful. While some people might feel dizzy from the perpetual motion of the main character in this theme, the overall effect is incredibly beautiful. This is a parchment-style theme, so while you won’t see much in the way of bright colors, the animation style and drawing effects themselves are quite striking.

You don’t even have to have played Dark Souls to enjoy this theme, which is one of the reasons why we like it. The music is incredibly beautiful, too, and it’s not obtrusive either. If you have a flair for the medieval, you’ll certainly enjoy this theme.

While dynamic themes are undeniably more interesting than static themes, we had to include at least one static option in the lineup! Some people prefer static themes because they lighten the load on your PS4, and they’re less distracting, too. This theme from Call of Duty: Black Ops III is thought-provoking and striking, and it’s a gorgeous, if macabre, art piece to feature on your dashboard. 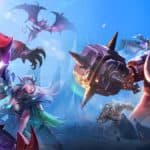