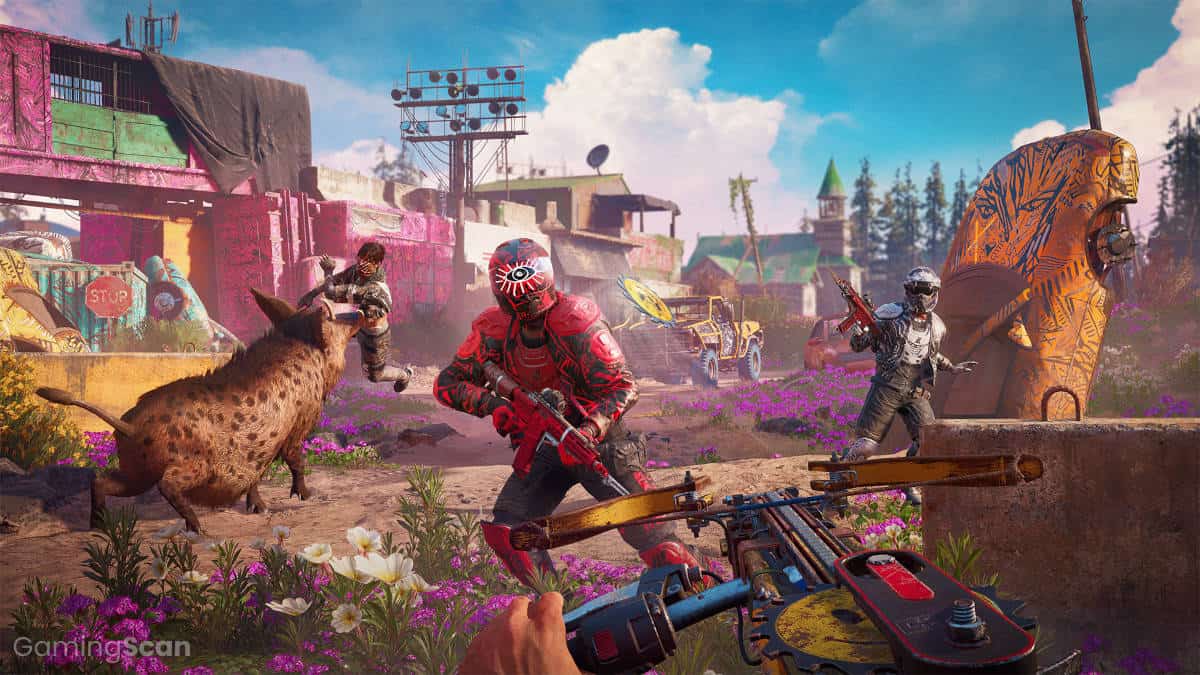 Far Cry is one of the most beloved open-world game franchises and has seen several iterations throughout the years, including the upcoming Far Cry 6 expected to release this year.

While we wait for Ubisoft to announce a release date and show off gameplay, we thought we’d lend a hand and recommend some games similar to keep you entertained until then.

The most recent entry in Capcom’s survival horror franchise picks up three years after Resident Evil 7, with protagonist Ethan Winters living a comfortable life with his wife Mia and newborn daughter.

As is always the case with Resident Evil stories, something goes wrong, and Ethan finds himself transported to a remote snowcapped village overflowing with otherworldly beasts.

While Village maintains the series’ core survival horror elements, it also adopts a more action-orientated approach to combat that will feel familiar to Far Cry fans.

This slight adjustment helps keep you engaged by building up to enemy encounters, though you can still expect plenty of jump scares and creepy moments.

The game’s sprawling sandbox is comprised of two regions: Los Santos and Blaine County, with both offering an exhaustive amount of side activities.

Whether you’re looking to flip stolen cars, participate in street races, or clean out every bank vault, there’s a near-endless number of ways to get into trouble, earn cash, and increase your street rep.

Lastly, since Rockstar added a first-person mode to GTA 5 post-launch, you can now bring the experience closer to playing Far Cry.

Dying Light is a first-person zombie game that follows an undercover agent named Kyle Crane as he infiltrates a quarantined city looking for a rogue political figure.

However, things become more complicated as Crane gets to know the other survivors living in Hassan, forcing him to pick between helping his organization or his people.

Like Far Cry, the game features a vast open-world to explore using creative first-person traversal and a combat system that sees you crafting a wide array of DIY weapons.

While it may not be as new and shiny in 2022, developer Techland has managed to keep Dying Light feeling fresh with post-launch content, including vehicles, new weapon types, and storylines.

The game revisits the Western motif of the original Red Dead but from the perspective of bandit gang lieutenant Arthur Morgan.

Arthur and the rest of the Van der Linde posse go around robbing stagecoaches and evading the law, but in between scripted missions, there’s a lot to see and do.

You can take your horse for a ride around the countryside, head up to the mountains to hunt exotic animals, get into bar fights, or just take a nice long bubble bath before hitting the hay.

TheHunter: Call of the Wild

Speaking of hunting, since you spend a lot of time in Far Cry doing just that, we thought we’d recommend a dedicated hunting sim.

TheHunter: Call of the Wild drops you into an atmospheric open-world teeming with life; animals are realistically modeled, animated, and equipped with unique AI behaviors that respond to your actions.

However, you shouldn’t go into the game expecting to just mow down deer and geese without a care in the world since TheHunter places a heavy emphasis on immersive hunting simulation.

You’ll have to identify spots where your target is likely to appear, camouflage yourself, attract potential prey, and sometimes just wait it out till you have a perfect shot.

Shadow of the Tomb Raider may not technically have an open-world, but there are definitely sections of the map that can feel like it due to their untethered exploration.

It follows the iconic adventurer Lara Croft as she travels to a tropical rainforest to stop the evil organization Trinity from triggering an ancient Mayan curse.

Gone are the days of playing as an inexperienced Lara who would stand her ground when necessary but otherwise avoid violent conflict.

Instead, we get a version of Lara who’s more unhinged than ever before, exploring new hellish tactics that allow for both stealth and more action-based approaches reminiscent of Far Cry’s visceral combat.

Immortals Fenyx Rising is a great recommendation for anyone who wants to play an open-world game that combines the best parts of Assassin’s Creed and The Legend of Zelda: Breath of the Wild.

Gameplay primarily focuses on free-roaming exploration via horseback and a pair of magical wings that let you traverse vibrant environments with ease.

If you enjoy games like Far Cry that give you a checklist of map activities, enemies, and collectibles to hunt down, then you’ll get a lot of value out of Immortals.

The Legend of Zelda: Breath of The Wild

Launching alongside the Nintendo Switch and selling more copies than the console itself, Breath of the Wild is considered one of the best entries in the series.

Additionally, BOTW features the largest, most complex world of any other game in the series, with tons of hidden secrets for players to discover.

This aspect, in particular, is sure to appeal to Far Cry fans that enjoy exploring every inch of the map in search of secrets collectibles and rare gear.

The Forest is an open-world survival horror game about a father and son trying to survive on a remote island after a terrible plane crash.

Things quickly get even grimmer when the father realizes his son has been captured by cannibalistic mutants that inhabit the island.

Related:Best Upcoming Survival Games 2022 (And Beyond)

You’ll have to build shelter, craft makeshift tools, and arm yourself with various weapons to stay alive and defend yourself from locals long enough to find your son.

The game has some obvious similarities with the Far Cry games, namely Far Cry 3, but stands out for its unique enemy AI which behaves differently depending on the time of day.

If you come to Far Cry games for their open-world mayhem, then you’ll surely enjoy parachuting your way around Just Cause 4‘s sprawling sandbox.

The game is all about creating mayhem throughout a vibrant South American landscape plagued by corruption at the hands of a private military group called the Black Hand.

In it, you play as Rico Rodriguez, a special operative tasked with eliminating the Black Hand by destroying their outposts by any means necessary (read: explosions).

Rico can wield various weapons and gadgets to turn enemy camps into fiery pits of destruction, as well as a grappling hook for when things get too hot and you have to flee the scene.

The Rage series is comprised of two FPS games inspired by the Mad Max films, though Rage 2 broadens its influences further by incorporating ideas from both Doom and Borderlands.

The end result is a fast-paced first-person shooter with vehicular combat, open-world exploration, and character progression in a post-apocalyptic wasteland dominated by rival gangs.

Rage 2’s gameplay loop is extremely similar to Far Cry’s and has you traveling to different parts of the map to unlock towers, disband enemy factions, and unlock upgrades.

While the story and writing are nowhere near the quality of Far Cry games, there are plenty of interesting side characters and unscripted moments to be had.

Although not without its flaws, CD Projekt Red’s controversial follow-up to The Witcher 3 has a lot in common with the Far Cry series.

The biggest similarities between Cyberpunk 2077 and Far Cry 5 are that both games feature character customization, first-person shooting and melee combat, and a wide arsenal of weapons to wield.

Depending on how you develop your character, you can become a hacking wizard or brute force your way through each encounter.

Although Cyberpunk 2077 is more of a traditional action RPG with stats and hyper-specific skills, its upgrade system will feel familiar to anyone who’s played Far Cry.

Similar to Far Cry 3, Crysis sees drops you onto an island filled with enemies and challenges you’ll have to overcome to survive.

The game stands out for its visually striking environments and visual effects, which by this point are a given for anyone who remembers the “can it run Crysis?” joke in reference to PC hardware.

In it, you play as a super-soldier whose suit deflects bullets, increases speed, jump height, and physical strength, all abilities that come in hand during combat.

While the series may be starting to show its age, Crysis Remastered addresses this with improved ray-tracing lighting and support for up to 8K resolutions. 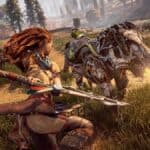