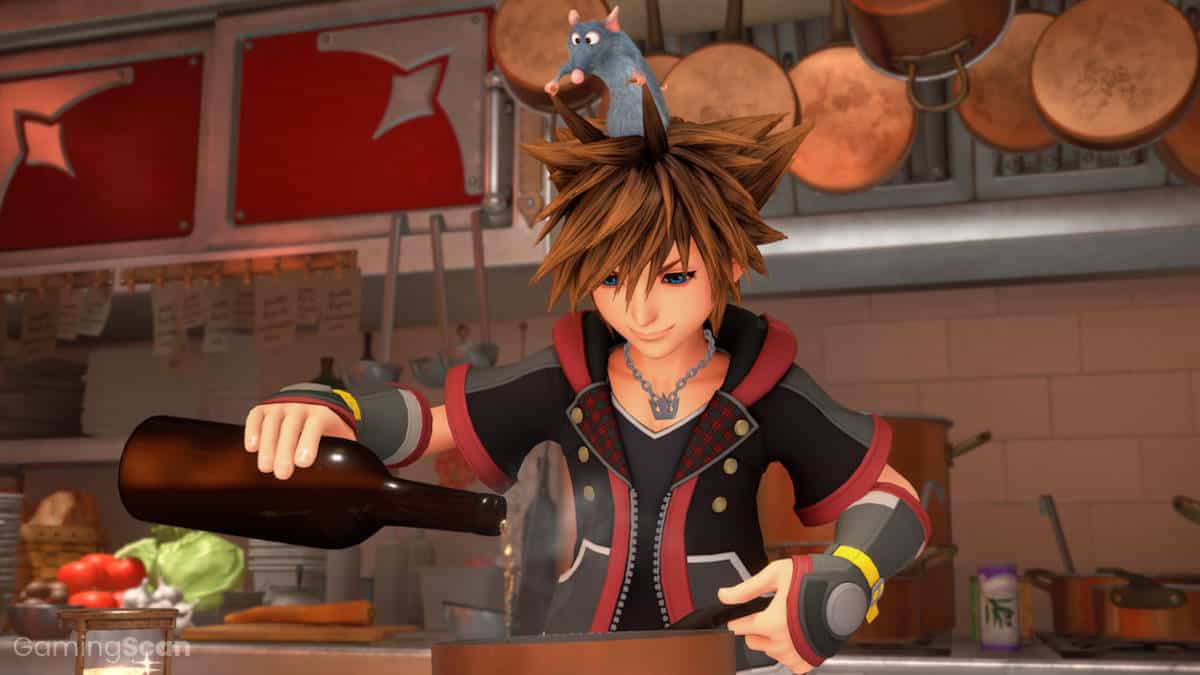 Ever since its debut on the PS2, Kingdom Hearts has amassed a cult following that’s always looking for new opportunities to revisit Square Enix’s unique RPG series.

Whether you’re a fan of the Disney-inspired worlds, eccentric cast of characters, or deep RPG combat mechanics, there’s a lot that sets Kingdom Hearts apart from other games.

We’ll be updating this list in the future with new titles, so make sure to check back and let us know if we missed any games that may appeal to Kingdom Hearts fans!

Our first recommendation is the 3D remake of Square Enix’s iconic action-RPG Trials of Mana, which released in 2020 for Windows PC and consoles.

The game follows three heroes chosen by the player, each with unique motivations and abilities that lead them to obtain the Mana Sword and use it to overcome a world-ending threat.

Gameplay sees you controlling your team of heroes as they fight enemies in real-time combat and navigate open 3D environments, similar to Kingdom Hearts’ party system.

Each character class adds a different flavor to the Trials of Mana’s combat, allowing you to mix and match powers to deliver powerful attacks, much like Sora, Goofy, and Donald’s team-up attacks.

Ni No Kuni II makes several refinements to its predecessor’s gameplay loop that brings it a lot closer to feeling like a Kingdom Hearts game made by Studio Ghibli.

In it, you play as a young king who gets dethroned from his castle and sets out to build his own new kingdom with help from a band of extraordinary companions.

Like Kingdom Hearts, you’re able to combine your heroes’ abilities and combo off of each other’s attacks during battle.

There’s a good deal of overlap between the Tales and Kingdom Hearts fanbases due to both series’ unique take on RPG combat mechanics.

The first Tales game released about a decade before the original Kingdom Hearts, but here we’ve chosen to highlight an enhanced version of the tenth mainline entry, Tales of Vesperia.

The story follows an Imperial Soldier who forms a guild called Brave Vesperia to help a noblewoman on her quest to protect the world’s most precious resources.

It was only a matter of time until we brought up Final Fantasy on this list, and unsurprisingly we actually have two games in the series to recommend (more on that later).

Seeing as both franchises were created by Square Enix, we weren’t too shocked to learn that Final Fantasy XV’s Active Cross Battle system is actually based on Kingdom Hearts’, at least partially.

Additionally, both games were created with the philosophy of giving players the flexibility to make combat as complex or straightforward as they want.

Those who have the skill and discipline to master Final Fantasy XV’s battle system are rewarded with an array of dazzling special moves, coordinated attacks, magical techniques, and weapons to wield.

Set five years after the events of DMC 4, Devil May Cry 5 offers a brand new chapter about three supernatural fighters working together to defeat a Demon King before he destroys the mortal realm.

Series staple protagonist Dante is joined by Nero, a demon hunter with a retractable arm, and V, a poetry-loving client of Dante’s who can summon animal familiars during battle.

If you’re a Kingdom Hearts fan looking to broaden your horizons, consider picking up the Special Edition, which introduces a new playable character, graphical and performance options, and bonus content.

The World Ends With You: Final Remix

Another Square Enix cult classic, The World Ends With You uses a similar character design philosophy as Kingdom Hearts, despite the obvious fact that one is 2D and the other is 3D.

You can combine attacks using multiple characters during battle and raise their potency by completing various music-based mini-games.

Final Remix is an enhanced version of the original for Nintendo Switch that updates the gameplay and visuals in anticipation of an upcoming sequel, Neo: The World Ends With You.

Aside from both franchises being at least partially owned by Disney, there’s not much overlap between Kingdom Hearts and the original Marvel Ultimate Alliance games.

However, the most recent entry switches things up considerably, turning the squad-based action-RPG into a full-on dungeon crawler complete with stat progression and unique bonuses based on your party.

Depending on which of the 30+ heroes you have on your team, you’re able to pull off devastating combos that will leave the enemy reeling as you explore familiar locations from the Marvel Universe.

Like Kingdom Hearts, Ultimate Alliance 3’s story blurs the line between good and evil, often pitting you against heroes who have become corrupted and aligning with villains for the same cause.

While the Persona series may be historically turn-based, Persona 5: Strikers is very much its own thing, combining elements of Musou games with the franchise’s distinct flair.

It features real-time action-RPG combat that builds upon the mainline games while also serving as a direct sequel to the critically-acclaimed Persona 5.

The abundance of fodder enemies and over-the-top, stylish attacks will feel familiar to any Kingdom Hearts fan, particularly those fresh off playing Kingdom Hearts 3.

Lastly, it’s also a much shorter affair than your average 100-hour Persona RPG, requiring about 30 to 40 hours to complete the main story, which isn’t too far off from a mainline Kingdom Hearts game.

The other Final Fantasy game we’re recommending is most likely already on Kingdom Hearts fans’ radars but is still worth mentioning for anyone who’s on the fence.

What makes the remake so great is that it stays true to the original 1997 game while expanding upon its lore through world-building that feels authentic.

Considering it was developed around the same time as Kingdom Hearts 3, it makes sense that they share some elements, such as organizing character abilities into separate sub-menus.

Nier: Automata is one of the few games that can go toe-to-toe with Kingdom Hearts when it comes to overly complicated, borderline bizarre storylines that are tough to follow.

However, in the game’s defense, this is mainly due to how its plot is structured, requiring you to replay the campaign multiple times to gain new insights and revelations throughout its many endings.

It centers on an android named 2B and her companion bot 9S as the pair become entangled in an ongoing war between gigantic machines.

Combat is relatively simple compared to other action-RPGs, and the overall difficulty is comparable to mainline Kingdom Hearts games.

Ys has been around for a long time and is primarily known for its satisfying real-time combat, which partially makes up for the series’ now outdated graphics.

While Lacrimosa of Dana does little to nudge the visual needle forward, it’s still a standout entry in the series that’s worth recommending to anyone who likes Kingdom Hearts.

The story follows a group of survivors stranded on a mysterious island where they’re forced to fight off an assortment of giant monsters while investigating their surroundings.

Six playable characters offer unique playstyles and weapons/armor that can be upgraded by completing side-quests and exploring the open world.

A throwback that’s still worth checking out in 2022 is Dark Cloud 2, an action-based JRPG from the PS2 era that can be played on PS4 via the PlayStation Network.

In it, you control two characters, Max and Monica, as they try to prevent an evil emperor from destroying the world by time-traveling to the past.

It should be noted that this is another game that looks quite dated by today’s standards, though some players may appreciate its heavily stylized look.