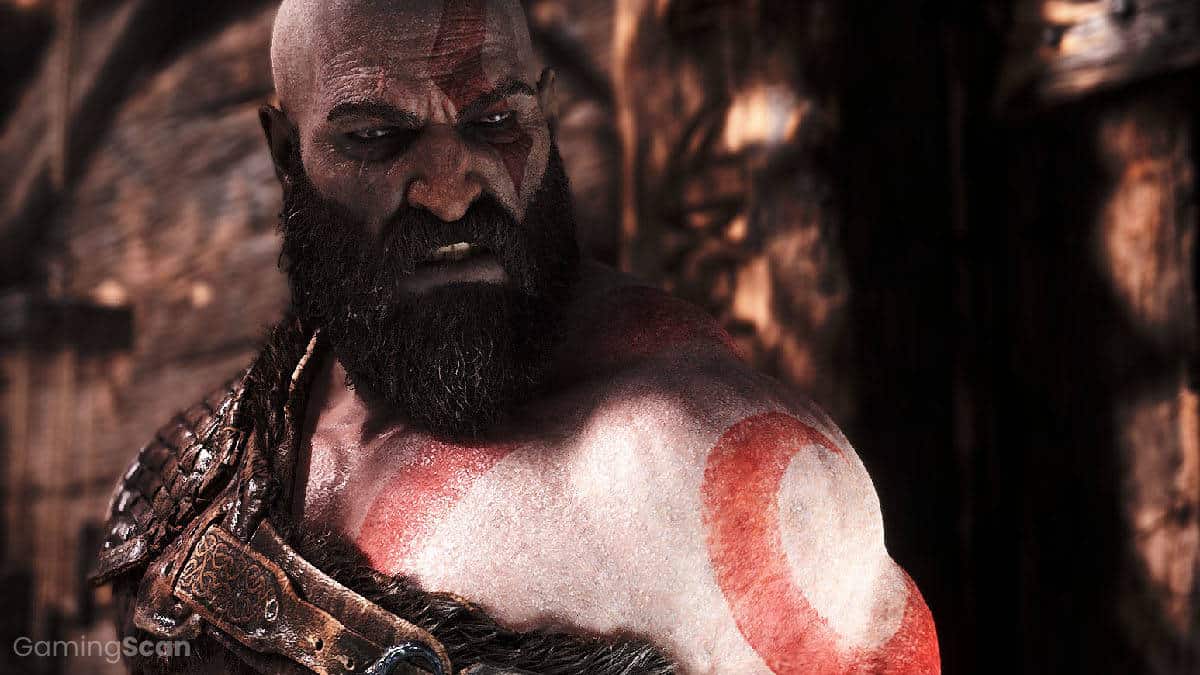 Even though God of War is already a fantastic hack n’ slash game complete with visceral combat and compelling characters, there’s always room for improvement.

Since bringing the PlayStation exclusive to PC, Sony has opened the floodgates for modders to dive into God of War’s files and start making some big changes.

In this list, we’ll highlight the best God of War mods for PC in 2023 and walk you through how they each affect the game’s performance and presentation.

We’ll continue to update this list as new mods catch our eye, so make sure to check back and let us know if we missed any of your favorite God of War PC mods! 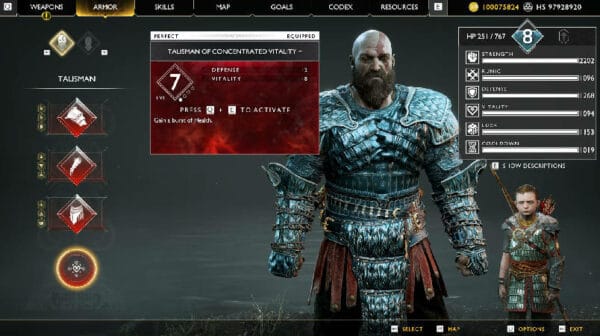 Mod: God of War NG Plus Save File

If you’ve been looking forward to playing God of War on PC for a while, there’s a likely chance you’ve already had some of the game spoiled, whether that be parts of the story or gameplay.

There’s also a good chance you’d like to see everything the game has to offer on your first playthrough, which is only possible by using a modded save like enzonahuy’s God of War NG Plus Save File.

This mod downloads an imported save from the PS4 version with nearly complete progression across three versions with varying fixed stat amounts based on your desired balance. 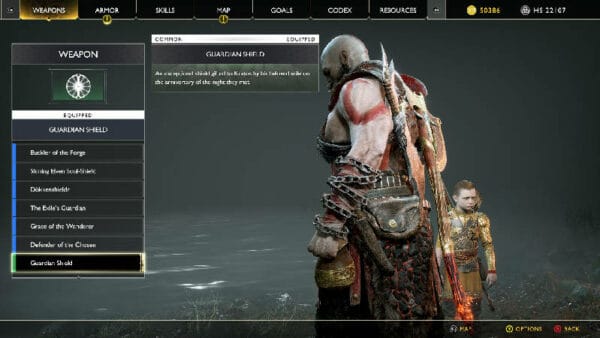 It can feel jarring to see the Ghost of Sparta bringing a shield into battle for any longtime fans that have been with the series from the very beginning.

With trollaxethrowerr’s Invisible Shield mod, you can get recapture Kratos’ glory days (or nightmare depending on how you look at it) by stripping him of his defensive items, at least visually.

Of course, the shield still functions at a gameplay level, only now you don’t have to look at it while chopping up bad guys with the Leviathan Axe or Kratos’ trusty Blades of Chaos. 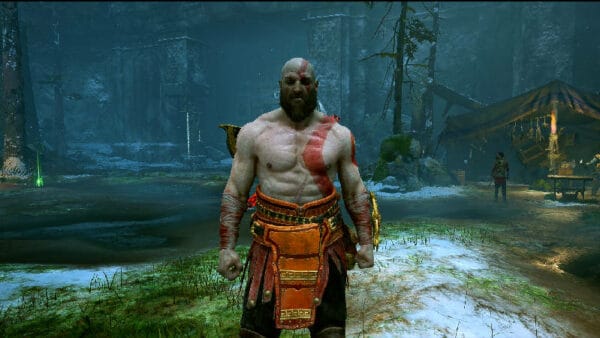 If removing Kratos’ shield wasn’t enough, players can take things a step further by stripping him of all of his new armor in God of War 2018.

Created by VVVvisalVVV, the Clean Invisible Armor and Wrist Armor mod seeks to strip the powerful warrior of his new Midgard upgrades and keep just the essentials.

For Kratos, this boils down to a pair of pants, a belt/skirt, and his wrist wraps; the top half of his body is left completely exposed, allowing you to see more of his iconic Spartan tattoo. 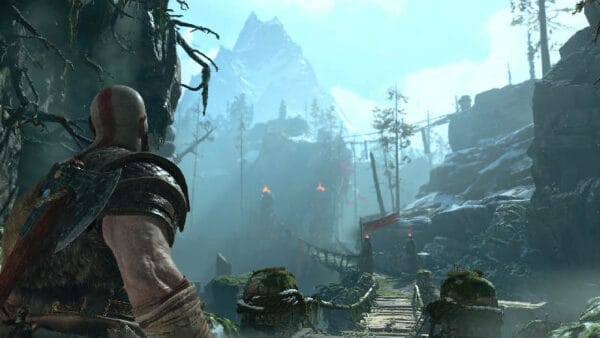 Mod: Less Fog and No Fog

Whether for performance or artistic purposes, God of War tends to be heavy-handed with its atmospheric fog in certain areas such as the realm of Alfheim.

This can make it difficult to make out parts of the scenery and player-sensitive objects like chests and artifacts if you’re not being too careful.

If this is something that concerns you, feel free to install Poponos’ Less Fog and No Fog mod, which serves the function of either reducing or completely erasing God of War’s in-game fog. 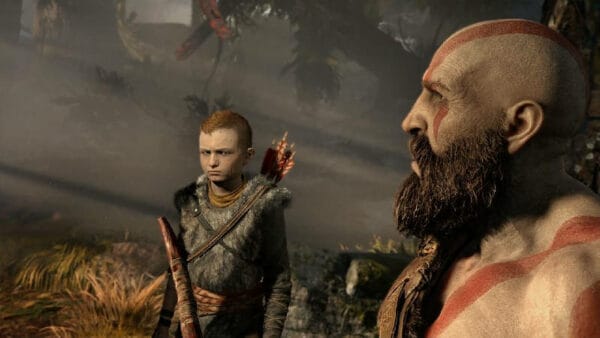 Sony has gotten a lot better at ensuring their PC ports are well-optimized at launch with every new release, with God of War having the smoothest performance out the box.

This isn’t too surprising seeing as it was made to run on older hardware but if you still find yourself having trouble getting it to run, particularly on AMD graphics cards, this mod is for you.

With Instanity’s Vulkan Launcher modified DLL file, you can run God of War on the Vulkan API, in turn, netting you a performance boost of about 10 FPS on most AMD GPUs. 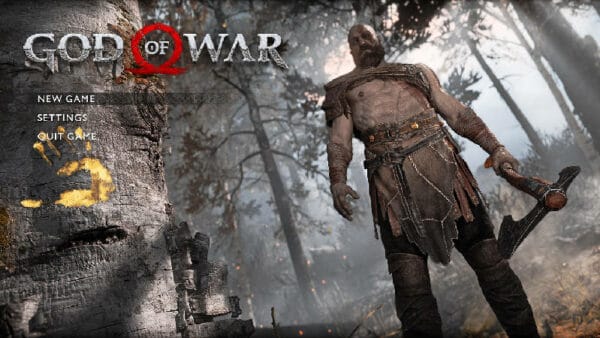 Mod: No TAA No DOF

Thanks to a host of graphical upgrades for the PC port, God of War manages to look just as stunning as it did when it first debuted on the PS4 years ago.

However, it still features some controversial graphical processes, namely TAA or Temporal Antialiasing, which has a tendency of smoothening rougher edges at the cost of making objects appear more blurry.

Therefore, players running the game on resolutions above 1080p may want to consider installing Poponos’ No TAA No DOF mod to remove its effects along with Depth of Field for sharper visuals. 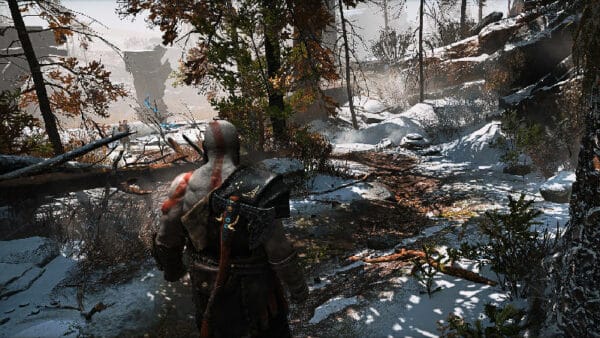 Anyone who wants to take God of War’s visuals even further is welcome to explore the growing list of reshade mods that are beginning to release for the game.

Our two favorites at the moment are William252555’s GOW Regrade and kwz’s Odin Reshade, which go for completely different looks compared to vanilla God of War.

GOW Regrade focuses on subtle enhancements to colors, shadows, and tone mapping sharpness while Odin recolors and ups the contrast to make shadows more prominent and the world dimmer. 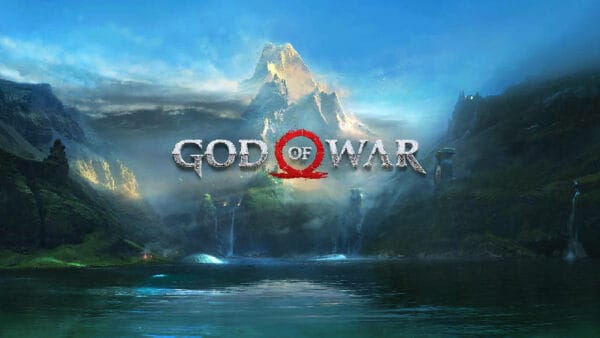 A common complaint regarding console ports, or really AAA games in general is the sheer number of intro videos and startup screens they have to cycle through before getting to the actual game menu.

It would appear this PC gaming gripe is shared by many considering modder Instanity went out of their way to make a God of War mod that skips the PlayStation intro video on startup.

Even if the difference is only a few seconds, that’s less time spent reminded of who funded and made the game and more time spent chopping up Draugr with a magic axe. 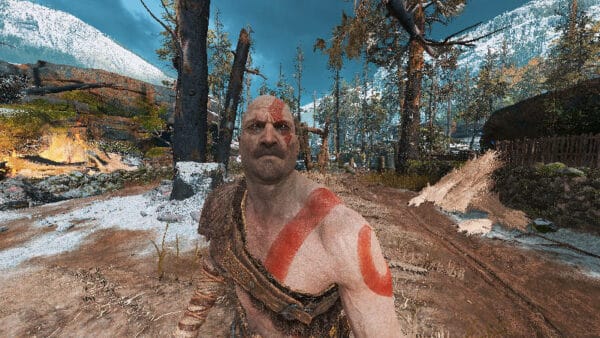 Give Kratos A Clean Shave

Mod: Kratos No Eyebrows No Beard

Last but not least, this mod harkens back to Kratos’ early days before he grew out his beard and became everyone’s favorite dad.

Yet again courtesy of modder Poponos, the Kratos No Eyebrows No Beard mod makes a simple fix to the Ghost of Sparta’s appearance that leaves him completely hairless, well mostly.

Kratos does manage to hold onto some of his gruff through noticeable five o’clock shadow across his upper lip, lower jaw, and neck areas.