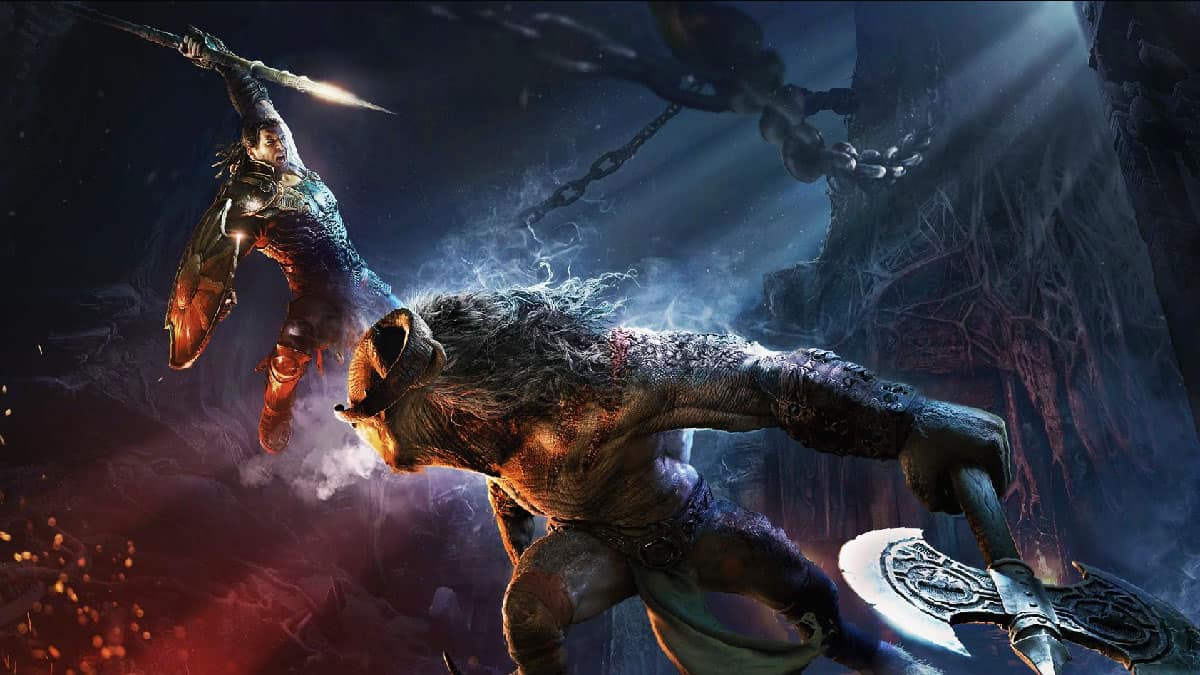 There’s no better feeling than watching your button-mashed inputs get converted into powerful attacks in the best hack and slash video games.

From juggling demons with Dante’s pistols to ripping enemies apart with Kratos’ blades, there’s something so satisfying about hack and slash combat.

In this list, we’ll slice and dice through the genre to find the best hack and slash games on Steam, PlayStation, Xbox, and Nintendo Switch.

For more gaming recommendations, check out our growing library of curated lists, and comment below with your top hack and slash game of all time!

If you’ve got a hankering for dramatic action and intense combos, Ultra Age is a cool new hack and slash game that’s worth check out in.

In it, players must battle ruthless mutants and powerful robots in a futuristic Earth setting where humanity’s days are numbered.

Taking on the role of a young soldier named Age, you’ll set out to prevent humankind’s destruction while honing your combat skills.

As you carry out your mission, you’ll unlock several blades with unique powers that allow you to execute fast and stylish combos.

Nobody Saves the World

Nobody Saves the World is a hack-and-slash action RPG with a creature possession twist that sees you taking on different forms to mix-and-match abilities.

Doing so allows you to traverse a 2D hand-drawn world to reach new areas, battle enemies, and complete challenging quests across shape-shifting dungeons.

There are over 15 distinct forms to unlock ranging from a rat to a rogue to a robot, and many more that keep combat and exploration feeling fresh.

Lastly, the game comes from developer DrinkBox Studios, best known for titles like Guacamelee, and features equally vibrant visuals with a playful feel.

Have a Nice Death

Currently in Steam Early Access, Have a Nice Death is a 2D action roguelike that uses procedural generation and hack and slash combat to make each run stand out.

In it, players take on the role of an overworked soul-collector who’s forced to pick up his scythe and fight after his co-workers start making insane demands.

Making your way around Death Incorporated, you’ll have a chance to utilize over 30 unique weapons and spells that can be upgraded to deliver devastating effects.

At the end of each attempt, you’re given a performance review that determines which items and enemy enhancements will appear on your next run.

Continuing on, we have Thymesia, a demanding action RPG modeled after Dark Souls that offers fast-paced combat and an intricate “plague” weapon system.

Set in a kingdom where death is constantly spreading, it casts you as a mysterious plague doctor who preys upon enemies and wields the power of disease.

Embarking on a mission to regain your memory and uncover the truth behind curing the world of its alchemic curse, you’ll encounter a host of gruesome bosses.

You’ll have to defeat each one and harness their power to grow stronger while upgrading your character’s arsenal of weapons and abilities.

V Rising is a survival game that casts you as a blood-hungry vampire on a quest to rebuild their dark kingdom in an ever-changing world.

This entails a unique blend of open-world, base-building, and action-driven gameplay with hack and slash mechanics.

There’s also a day/night system that impacts where players can go and which activities they can explore without risking death.

Visually, the game sports a distinctly gothic aesthetic and isometric POV that helps it stand out from similar games in the hack and slash genre.

Set in a world inspired by ancient Greek mythology, it has you taking on the role of the mighty warrior Achilles as he wages war with Hades himself.

Throughout the game, players are pitted against formidable warriors and mythological beasts while traveling across vast and treacherous lands.

There’s a surprisingly deep skill tree that lets you explore different tactics as you level up and craft various weapons to forge your own unique playstyle.

Warriors Orochi combines the tactical action of Dynasty Warriors and Samurai Warriors franchises while setting up an alternate, parallel universe.

The series is best known for its over-the-top, hack and slash combat where samurai heroes battle against large crowds of enemies using powerful weapons.

With Warriors Orochi 3 Ultimate Definitive Edition, PC players can experience one of the best entries in the series like never before.

This includes the base game, all previously released DLC, and a host of new characters and modes that help deepen the story and shake up gameplay.

Lost Ark is a vibrant MMORPG where players can explore new lands, discover powerful rewards, and hone their skills in action-packed battles.

Combat is very fluid, fast-paced, and like many MMOs, has an overall hack and slash feel across its many weapons and classes.

To this point, the game supports many different playstyles, so there’s a good chance you’ll find at least one class that meshes with your own.

Finally, Lost Ark is packed with hundreds of hours worth of content with an endgame grind that will keep you busy for quite a while.

Similar to the original, players participate in gruesome battles complete with gut-wrenching screams and bloody beheadings.

The game’s hack and slash combat has also been revamped to offer more options and encourage creative playstyles using an array of medieval weaponry.

Nioh 2 is a single-player, hack and slash action RPG that doubles down on the Soulslike design of its predecessor while allowing you to customize your character.

The story takes place in Sengoku-era Japan prior to the original Nioh and sees you playing as Hide, a half-spirit half-samurai warrior with a long journey ahead of them.

In it, players wield a vast arsenal of samurai-inspired weapons that includes odachi, kusarigama, and dual katanas among many others.

Each one has unique characteristics and combos tailored for different playstyles and tactics with varying effectiveness depending on the enemy you’re facing.

Next up is Skul: The Hero Slayer, a hack and slash action-platformer that incorporates some fun ideas into the roguelite genre.

In it, you play as a small cape-wearing skeleton hero with the ability to swap out his bony head with different skulls.

Doing so allows you to modify Skul’s stats and unlock new powers that can come in handy with certain bosses and enemies.

This is further complemented by a vast array of weapons that work in tandem with each skull to create a distinct playstyle or build for each run.

Both a spin-off and prequel to the original Darksiders trilogy, Darksiders Genesis shares a lot of its DNA with classic hack and slash dungeon crawlers.

While the series is best known for its satisfying combat and puzzle gameplay, Genesis ups the ante with more exploration and character progression.

Played from an isometric third-person POV, the game supports local/online co-op, for 1-2 players with one person controlling Strife and the other War.

This makes it an absolute must-play for any Darksiders fans as its the first time Strife has ever been featured as a playable character.

Our next recommendation is the latest installment in the legendary Capcom hack and slash action game franchise, Devil May Cry.

Boasting fast-paced combat oozing with style and substance, Devil May Cry 5 maintains the flair of its predecessors while offering more combatitive depth.

This includes three playable characters with wildly unique playstyles that bring new strategies to the battlefield.

Of course, if you come to the hack and slash genre for boss fights, you’ll have find comfort in slaying giant demonic beasts throughout DMC5’s story.

Released for PS4 in 2018 and PC in 2022, God of War is a soft reboot for the the Sony-owned franchise that takes on a slightly more mature tone.

The story centers on an aging Kratos as he’s thrust into fatherhood and joined by his son Atreus, a skilled archer on the cusp of manhood.

Together, the pair must learn to put their differences aside to complete their journey and stand toe-to-toe with Norse mythology’s pantheon of gods.

This requires mastery over a deep arsenal of weapons, abilities, and combos that maintain the brutal and bloody hack and slash combat the series is known for.

Carrying on, Hades is a roguelike dungeon crawler that’s won several awards and offers an engaging story and satisfying hack and slash combat.

Each run has Zagreus arming himself with different melee and ranged weapons before heading down shifting routes housing unique perks and dynamic encounters.

Mordhau is another sword fighting game set during medieval times that features free-form combat with unparalleled control over your character’s movement.

Lastly, the game boasts a variety of modes ranging from small squad skirmishes to massive medieval battles with upwards of 60 players.

Failing to include Diablo III on this list would be a huge mistake on our part considering just how influential the series has been on the hack and slash genre.

Released back in 2012, the game has you picking from seven unique base classes before setting off on a quest to defeat the Lord of Terror himself, Diablo.

Along the way, you and up to three friends will encounter and battle droves of enemies and bosses while increasing your power through loot drops.

It’s easily the most accessible game on this list and offers a fun and simple gameplay loop whose difficulty can be raised or lowered accordingly.

In it, you take on the role of a rebel fighter caught in a war between two supernatural forces vying for control over humanity.

Gameplay revolves around exploring various dungeons, caverns, forests, and wastelands filled with enemies and loot to enhance your character’s abilities.

Environments are also littered with hidden caches and bits of text that flesh out Grim Dawn’s distinctly dark fantasy-steampunk setting. 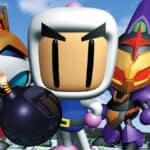