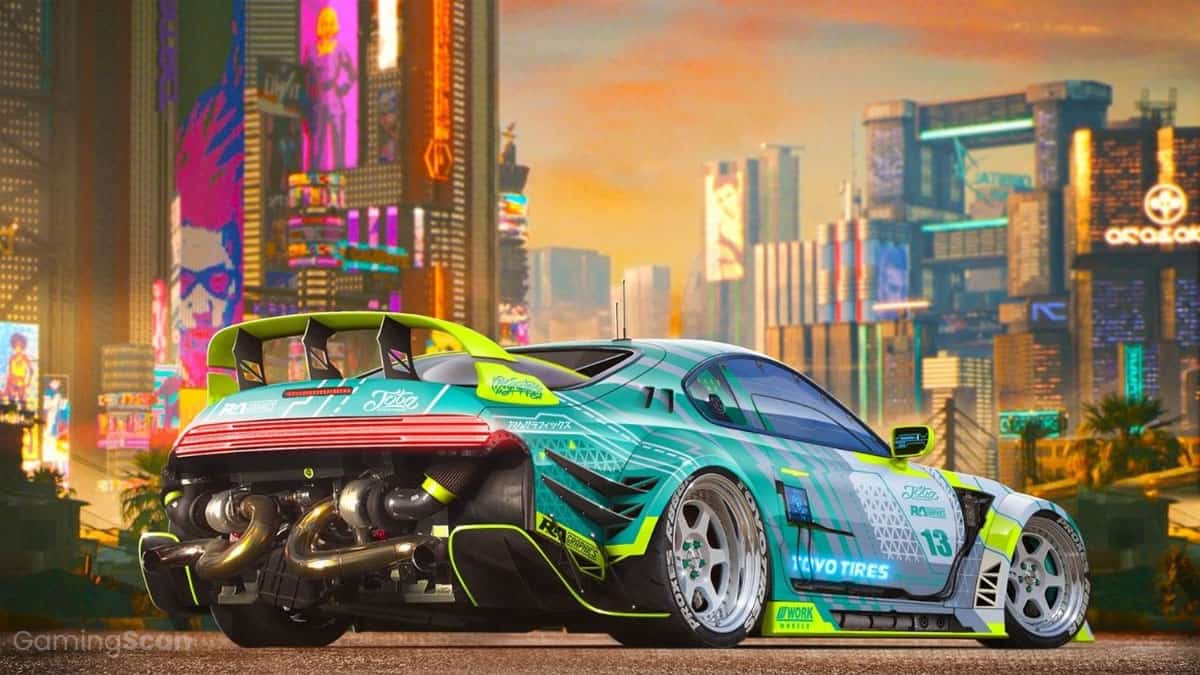 Cyberpunk 2077 is an expansive role-playing game with many systems, mechanics, and details to discover and eventually master.

While this makes every playthrough feel exciting and unique, it also increases the likelihood of missing out on crucial information concerning gameplay, progression, and the main story.

This issue is most prevalent during the first few hours of the game when you’re still settling into your role as V.

In this guide, we’ll share beginner tips and tricks to help you take on everything Night City has to offer.

So jack-in to your nearest terminal as we dive into everything you need to know about Cyberpunk 2077.

Near the start of the game, Jackie gives V a special chip that contains combat training scenarios. There are sections for taking cover, sneaking past enemies, shooting, and hacking.

You only have to complete the first two before V can exit the simulation, but we recommend checking out the two additional modules since they go a bit more in-depth.

These scenarios combine different aspects of gameplay, allowing you to better understand how hacking, sneaking, and combat blends into each other.

Cyberpunk 2077 is not the kind of game you want to play right out of the box without making any adjustments.

Aiming, movement, and driving, in particular, could use some fine-tuning. Luckily, these can be adjusted using various sliders in the game’s settings.

You can change the camera’s sensitivity, ADS sensitivity and blur, controller dead zone, camera height while driving, and much more.

We recommend spending a lot of time messing around with different settings until everything is tailored to your liking.

At this point, you don’t know much about how they all affect gameplay, so we recommend just going with your gut.

As you continue to gain XP, level up, and accumulate more points, you’ll want to invest them in the areas that suit your playstyle and unlock perks that fit the same criteria.

However, before you start going all crazy dumping everything into one category, consider holding onto some points until you reach a point where they can actually make a difference.

For example, there are dialogue checks that introduce new options, doors that can be hacked or pried open, and other possibilities depending on how much you invest in a particular stat.

By holding onto your points, you’ll have the option to use them at critical moments in the story and affect how things play out.

Throughout Night City, there are several Ripper-Docs who will install cyberware you obtain by exploring, leveling up your Street Cred, and purchasing directly from them.

It can be easy to overlook this aspect since the game kind of leaves it up to you to visit Ripper-Docs outside of the main story.

Early on, we recommend focusing on upgrading your Integumentary System and Operating System.

Integumentary System affects your armor and overall survivability while OS impacts hacking and how much RAM storage you can use for quick-hacks.

Investing in these will help you stay alive and increase the number of hacking tools at your disposal.

You’ll find most characters are bullet sponges that require several headshots to take down, especially when you’re just getting started.

So instead of trying to line up the perfect headshot every encounter, we recommend upgrading your favorite weapons and investing points into their respective perks to boost damage.

Eventually, you’ll get to a point where you can one-shot weaker enemies with a headshot during the right circumstances.

Scanning objects and enemies is a big part of Cyberpunk 2077 that can offer up vital information or make your job a lot easier.

If you like to play more stealthily, one feature you should take advantage of is enemy tagging, which makes enemies visible through walls and behind cover.

To tag an enemy, first enter Scan Mode, then aim at the enemy you want to tag and press R3 (controller) or click the mouse wheel (keyboard and mouse).

Enemies can also be tagged using hacked security cameras, allowing you to know where everyone is before entering a location.

The best way to defeat enemies and bypass obstacles is to hack as much as you can. However, doing so requires you to complete a timed mini-game in order to, as its name suggests, “breach protocol.”

You’re given a string of codes that you have to match with rows and columns of similar codes within a set amount of time.

Every time you find a matching code, the selection switches to the nearest row or column depending on which one was previously highlighted.

To ensure you don’t miss any, we recommend planning out each step in your head before you start since there’s no undo button and the cooldown to retry is very long.

Keep in mind that you have all the info you need right from the start, so the focus should be on finding the right path to match every code.

It may be easier for you to work backward from the last code, alternating between rows and columns until you’ve figured it out.

Level Up Your Street Cred

As we’ve already discussed, there are many ways to level up and unlock new upgrades, weapons, and tools in Cyberpunk 2077.

Besides your standard XP, you can earn Street Cred, which factors into which equipment V can purchase and equip, most notably cyberware.

At the start, a lot of items are unobtainable due to V’s abysmally low Street Cred. You can change that by hitting the streets and completing various Side Jobs, Gigs, and Events throughout Night City.

One of the easiest activities for leveling up your Street Cred are NCPD investigations, which typically involve defeating a small group of enemies and retrieving evidence.

We recommend getting your Street Cred to level 10 as quickly as possible since this unlocks a wide selection of useful items.

Remember To Save Frequently

Like most games, Cyberpunk 2077 features autosaving during crucial parts of the story or specific missions. While this ensures you don’t lose any progress, some situations call for manual saves.

For example, say you wanted to approach a mission from multiple angles to see which strategy is best. This is common in role-playing games, so try to get into the habit of frequently saving your game.

You can save manually by pulling up the pause menu and selecting “Save Game.” To save yourself some time, perform a “Quicksave” by pressing Triangle, Y, or F5 from the pause menu.

Scan Every Room For Loot

We’ve already touched upon the benefits of scanning enemies and hackable objects, but what about finding loot? Scanning a room allows V to see what kinds of items are nearby.

These can vary from consumables to gear to random junk that can be either scrapped or sold to vendors throughout the city.

While you’re more than welcome to meticulously search every container, it may be easier to quick-scan the environment by tapping the Scan button rather than holding it down.

Doing so sends out a pulse that marks any nearby NPCs or items that may be of interest to you.

Although Cyberpunk 2077 keeps things flexible enough to make pretty much any playstyle viable, players who focus on hacking will have a much easier time.

Whether it’s using Breach Protocol to extract cash and resources from terminals or Quick Hacks to take control of security cameras and turrets, there are many ways to get the job done.

We recommend hacking whenever possible, even if you’re a “guns blazing” kind of player, since tools like Breach Protocol can be used to weaken any nearby enemies before initiating combat.

You don’t have to commit to a full-on Netrunner build if that’s not how you like to play, but even a little investment in hacking can go a long way.

Scrap Or Sell Any Gear You Don’t Need

Better weapons and armor are continually being thrown your way, so you’ll frequently find yourself swapping out gear and amassing a collection of useless stuff.

Rather than dropping an item as soon as you get something shinier, we recommend selling them to vendors or scrapping them for crafting components.

You can make some decent money selling weapons at the beginning of the game since they’re the easiest to find.

Once you have a considerable amount of funds for purchasing upgrades, vehicles, or whatever else you’re into, try dissembling weapons for parts instead.

Rare and Legendary components are hard to come by, so scrapping weapons of this tier is a great way to broaden your crafting options while making room for more gear.

On the topic of weapon rarity, there’s one tier you’ll want to avoid scrapping and instead focus on upgrading.

Weapons marked as “Iconic” are found in specific places or during certain story missions or sidequests, making them extremely rare.

What makes them so special is that they come with unique perks that set them apart from regular weapons.

Since these perks carry over as you upgrade the weapon and can have a significant impact on combat, it’s worth holding onto them, even if you don’t meet the requirements at first.

Use Vehicles To Stash Your Gear

One of our favorite decisions included with Cyberpunk 2077 is that vehicles also double as Stashes where you can store various weapons, clothing, junk, etc.

While there’s already a Stash in your apartment, since most of your time is spent out in the world, it makes sense to keep all your gear nearby.

There are some limits to this feature; for one, you have to own the vehicle before you can use it to store items. Additionally, the vehicle must be summoned in the world in order to add or remove items.

To access a vehicle’s Stash, walk towards the trunk and press the button when prompted.

Optional objectives in video games are always so mysterious.

“Will it impact the story?” and “Do I get any extra rewards?” are usually the first two questions we ask ourselves when presented with an optional task.

While Cyberpunk 2077 may not lock away some secret overpowered gun behind its optional objectives, completing them will impact the story.

In many cases, we’ve found that checking off that optional task results in extra cash, meeting a new character, or alternate dialogue you normally wouldn’t get.

Sometimes, the results won’t appear until much later in the mission or story, so we recommend playing it safe and checking off optional tasks as much as you can. 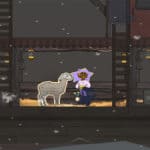 Spiritfarer Guide: How To Get Sheep (All Sheep Locations)
Related Topics Tags