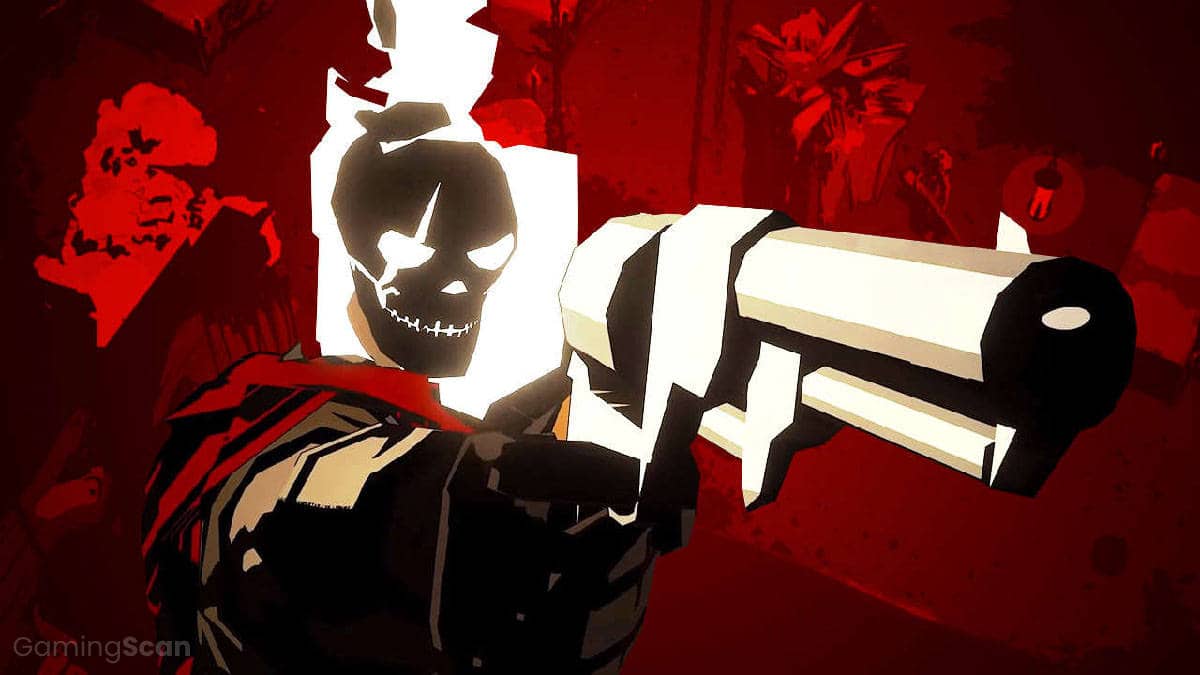 If taming the lawless lands of the Wild West appeals to you, then we’ve got you covered with the top cowboy and western games on PC and console.

These games depict the old American frontier as a ruthless world where kindhearted folk play second-fiddle to those with the most cash and fastest trigger fingers.

We’ll be updating this list in the future with new titles, so make sure to check back and let us know if we missed any of your favorite western cowboy games!

Our first recommendation is Red Dead Redemption 2, which is considered by many to be the best cowboy game of all time.

RDR2’s massive open-world is chockful of captivating sights, mysteries, and fun side activities that are further complemented by a well-crafted narrative that has you taking on the role of an aging cowboy.

Throughout the story, you’ll find yourself grappling with tough decisions that put you at odds with your peers, rival gangs, law enforcement, and your own moral compass.

Beyond that, you’re free to explore a sprawling map as you go horseback riding, hunt exotic animals, get into bar fights, and reflect on your various crimes over a nice, long bubble bath.

The Call of Juarez series is a cowboy lover’s bread-and-butter as far as action-packed Western games are concerned, though some entries have aged better than others.

We’re recommending Gunslinger here over other popular installments such as Bound In Blood simply due to the game’s vibrant cel-shaded graphics which have held up over time.

In it, you play as a cowboy reminiscing about their old exploits and playing them out in flashback sequences that center around fast-paced shootouts and tense ‘Showdown’ duels.

The game also features a satisfyingly cinematic ‘cheat death’ mechanic that slows down time and zooms in on the bullet that’s about to kill you, giving you a chance to dodge it and recover health.

Next up, Hard West is a turn-based strategy game about a Western outlaw that makes a pact with the Grim Reaper for a chance to avenge their family’s murders.

Equipped with a host of supernatural abilities unique to each playable character, you’ll fight to survive through 8 story scenarios and over 40 missions.

Combat is modeled after games like XCOM but incorporates novel concepts like the ‘Luck Meter’ which decides whether you take damage from an enemy’s attack.

Outside of turn-based battles, Hard West features an open world where you can buy items, visit various towns, mine for gold, and strike up conversations with shady criminals.

In this follow-up to Fallout 3, you take on the role of a mysterious stranger looking for clues to solve their own attempted murder while exploring the sprawling Mojave Wasteland.

During your journey in Fallout: New Vegas, you’ll encounter a host of nuclear dangers and sci-fi oddities alongside run-ins with highway bandits and other hostile NPCs.

While ripe with backstabbing and betrayal, the world is also filled with many memorable characters with unique backstories that can be a joy (or downer, depending on how you look at it) to unravel.

Lastly, if you do decide to play New Vegas, we recommend checking out the ‘Wild Wasteland’ perk, which adds weird mysteries ranging from discovering aliens to finding the remains of Indiana Jones in a refrigerator.

For more Western-themed strategy tactics, check out the most recent entry in the Desperados series which takes place during the late 1800s when the Wild West was at its best, by which we mean most corrupt.

In Desperados III, you play as bounty hunter John Cooper as he tracks down wanted criminals with help from iconic Western characters like the runaway bride Kate and shady hitman Doc McCoy.

The adventure spans the entirety of the American frontier, from rural towns to bustling cities and swamp-filled riverbanks all portrayed accurately for the time period.

Although it may not be as fast-paced or visually impressive as many of the other games on this list, if you enjoy strategy games like Hard West and the previous Desperados entries, you’re in for a treat.

Combining twin-stick shooting with roguelikes mechanics, West of Dead has you playing as a slain cowboy on a mission to get through the grim and gritty world of Purgatory.

Each run sees you exploring procedurally generated environments teeming with enemies and powerful rewards including new weapons and upgrades to your abilities.

The game places a big emphasis on using cover and devising unique tactics using objects in the environment such as explosives and traps.

However, if that’s not enough to sell you on West of Dead, the game’s main character (and narrator) is voiced by none other than Ron Perlman.

Reminiscent of chaotic top-down shooters like Hotline Miami, 12 is Better Than 6 casts you as an escaped slave fleeing to the United States in 1873.

The game has a subdued hand-drawn look comprised of outlined environments lacking any color until you start shooting holes in enemies and cause their blood to splash across the screen.

Combat is designed to capture the feeling of Wild West saloon shootouts where everyone is constantly firing guns and shouting insults from behind cover.

What sets 12 is Better Than 6 apart though is its focus on conserving ammo and sneaking up on enemies before landing a well-placed shot in their head.

For a more dark and dreary take on the Wild West, play Hunt: Showdown, a PvPvE first-person shooter that sees you taking on the role of a bounty hunter competing against other players to nail your target.

In it, you play solo or with a team of 2-3 exploring a damp and murky Louisiana Bayou filled with horrific monsters that have taken root.

Your main objective is to track and hunt these creatures before banishing them from the world to earn experience points and unlock rewards for your character.

However, you’ll have to keep an eye out for other bounty hunters who can easily track your location and try and swoop in to steal your kill.

SteamWorld Dig 2 improves upon the original steampunk Western Metroidvania in just about every way without sacrificing any of the first game’s charms.

You play as a robot named Dorothy as she tracks down the protagonist from the first game in a vibrant 2D desert setting filled with colorful NPCs and a seemingly infinite network of underground mines.

As you dig down gathering minerals, crystals, and other resources, you’ll encounter various puzzles, enemies, and traps that will impede your progress.

The more secrets you uncover, the more you’ll learn about the SteamWorld universe and what the future holds for its mechanical inhabitants.

Combat follows a turn-based structure with plenty of comedic gags peppered in, though the real fun comes from interacting with NPCs and seeing what nonsense they have to spew.

To this point, you’re able to customize your stick figure cowboy with over 50 different hats to trigger unique responses from memorable characters including the local Cow Puncher and a drunken horse.

One of the more recent entries on this list, Virtuous Western is a strategy game set in the Old West that sees you gunning down enemies with a limited number of bullets to recover your stolen horse.

The fact that you have a finite amount of ammo forces you to carefully plan out your route and find creative ways to take out foes using objects in the environment.

These methods can vary from dropping crates on an enemy’s head, blowing up barrels labeled ‘TNT,’ and baiting enemies into shooting at each other.

It’s a bit more simplistic in nature than many of the games covered on this list but still worth checking out for some good ol’ Western fun.

A classic throwback to old-school cowboy games, Wild Guns Reloaded is a remastered version of one of the more popular SNES titles.

It tells a story about revenge and upholding your family’s honor through the lens of an arcade shooter/brawler with detailed pixel art depicting Western and steampunk aesthetics.

The unique blend of side-scrolling action and gallery-style arcade shooting makes for a deadly combo that holds up surprisingly well in 2022.

Look past Westerado’s charming pixel art graphics and you’ll realize it’s a surprisingly grim game about gun-slinging in the name of revenge.

In it, you play as a cowboy on a mission to track down the man who killed your family by piecing together a portrait of him through conversations with NPCs.

The twist is the man you’re hunting for is randomized at the start of every new game, requiring a fair amount of detective work to accurately sleuth out the culprit.

What’s cool about Westerado is it lets you accuse anyone of being the murderer before carrying out your own brand of justice with a bullet to the head (of course, there are consequences for such actions).

Another pair of great cowboy games with hand-drawn art styles is Gunman Clive and its sequel Gunman Clive 2, available separately on PC or together in the Gunman Clive HD Collection for Nintendo Switch.

In both games, you take on the role of the titular cowboy as he navigates an 1800s Wild West overrun by ruthless thugs, outlaws, and bandits in an effort to restore order by bringing them to justice.

Gameplay is modeled after classic side-scrollers like Mega Man and Contra and tasks you with defeating a series of powerful bosses possessing unique behaviors and attack patterns.

There are several characters beyond Clive that you can play as and each one does a good job of introducing new skills to play around with in 20+ platforming levels.

While you won’t find much cowboy action in Turmoil, there are still plenty of challenges to overcome in this tongue-in-cheek tycoon game set during the 19th-century American oil rush.

In it, you play as a small-time landowner with big dreams of striking gold, in this case black gold, by acquiring new property and mining it for oil.

However, to truly go from rags to riches as an oil baron, you’ll have to beat out your rivals and dominate the industry by selling at the right times to maximize profits.

It’s a lot more relaxing compared to other games on this list and plays out similarly to an idle game with plenty of upgrades, tools, and shady business deals to explore.

Our final recommendation for anyone who enjoys immersing themselves in the Old West is a management-sim title about the Golden Age of Steam.

We’re not talking about Valve the company, but rather steam-powered locomotives which helped redefine transportation in America during the 19th century.

Railroad Corporation sees you embarking on a career as a railroad entrepreneur working to fulfill contracts and complete missions based on historically accurate rail networks spanning the US.

From laying down tracks to digging tunnels and raising bridges to connect settlements, there’s no job too big or small for your growing company.

Along the way, you’ll gain a deep understanding of the railroad industry and learn how to sniff out the best deals, combine resources, and establish political connections to help sway the law in your favor. 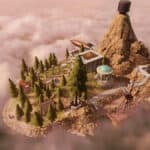