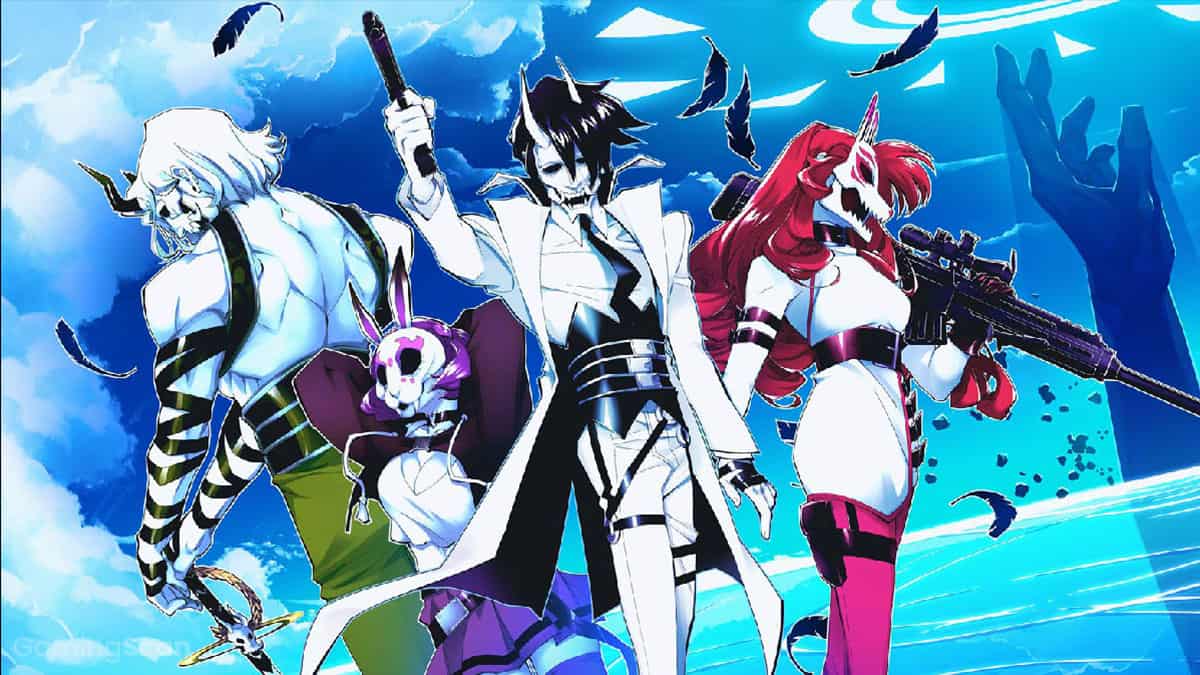 Neon White is a fast-paced blend of FPS combat and parkour traversal in one high-octane speedrunning package dripping with style and visual novel-inspired storytelling.

The game relies on quick reflexes and strategic thinking as players must cycle through a deck of cards on the fly to decide their character’s next move.

While there simply isn’t much like it on the market, we’ve managed to wrangle up the best games like Neon White on Steam, PlayStation, Xbox, and Nintendo Switch.

For more games similar to Neon White, check out our growing library of curated gaming lists, and comment below with your top picks for games like Neon White!

To kick off our list, we’re highlighting Severed Steel, another stylish FPS like Neon White that brings some new ideas to the table.

In it, you play as a one-armed sharpshooter tasked with infiltrating a heavily guarded superstructure using flashy stunts and refined gunplay.

Another game that’s surely crossed paths with any Neon White fan is Ghostrunner, a neon-drenched cyberpunk action game about a katana-wielding assassin.

Our hero is tasked with leading a rebellion against an evil villain called “The Keymaster,” and must ascend a massive structure using parkour maneuvers and precise blade strikes.

Like Neon White, Ghostrunner’s combat is very demanding and calls for quick reflexes as players try to dodge incoming fire using bullet time before moving in for the kill.

The further you progress the more maneuvers get introduced, including wall-running and grappling hook sections powered by vibrant visuals and a bombastic soundtrack.

The main focus of this game is blasting your way through increasingly tense “trials” against mobs of AI gunmen in hopes of getting a high score to rank on the global leaderboards.

To keep things fresh and exciting, the game includes several tools and maneuvers to spice up combat and movement such as bullet time, speed boosts, corner slides, and a shockwave attack.

It’s a great recommendation for anyone who enjoys competitive games like Neon White and wants to directly challenge other players using Warstride’s Nemesis mode.

Developed by Blazing Stick and published by Graffiti Games, it casts you as a cyber hero on a digital mission to escape a hostile virtual world before it collapses on itself.

Similar to Neon White, this translates to high-speed parkour platforming with the ability to scale and ride walls at breakneck speeds.

All the while, you’ll be fighting enemies using a high-powered laser gun and exploring alternate pathways to find the most optimal route for each level.

Continuing on, our next recommendation for games similar to Neon White is Turbo Overkill, a retro-style FPS by Trigger Happy Interactive.

In part inspired by classics like DOOM, Duke Nukem, and quake, it has you playing as a half-metal, half-human bounty hunter named Johnny Turbo.

Equipped with a host of body augmentations ranging from rocket launcher arms to a chainsaw leg, Johnny is able to make quick work of bad guys while flying through cyberpunk environments.

While the campaign is a bit on the short side, coming in at just 24 levels, players will find each one is packed with secret bonus areas and combat puzzles to tackle.

The twist with this one is enemies only move when the player does, meaning every move you make has to be carefully calculated before pulling the trigger.

On top of guns, the game includes a host of melee weapons and abilities that allow you to come up with creative solutions even when the odds are greatly stacked.

This leaves a lot of room for experimenting to see which approach is best for clearing out a room quickly and efficiently, which sounds just like Neon White.

Seeing as Neon White makes it a point to use visual novel techniques to tell its story, we thought we’d include another action game that does something similar with its cast of characters.

What better a game to showcase this type of storytelling than the Dynasty Warriors-inspired spin-off of Atlus’ stylish JRPG, Persona 5 Strikers.

Set a few months after the events of Persona 5, it sees the Phantom Thieves teens enjoying their summer vacation when a series of mysterious events catch their attention.

Combat in this game deviates from the typical turn-based battling Persona is known for in favor of real-time hack n’ slash combat with visual flair reminiscent of Neon White.

If your favorite part of Neon White is its snappy combat, then Bright Memory: Infinite is another FPS worth keeping on your radar.

In it, players take on the role of a special ops agent named Shelia as she investigates a mystery that puts her directly in the crosshairs of well-trained mercenaries.

Much like its story revolving around modern and ancient technologies, Bright Memory draws from the well of both retro and modern shooters.

Along with the usual fare of futuristic firearms, Shelia can wield a cyber-enhanced katana and special abilities that turn her into a one-woman killing machine.

Switching over to purely platformer games, Celerity is a fast-paced FPS parkour title developed and published by Gwyn Dev.

Instead of aiming and firing at bad guys, players must latch on to grapple points in the world to chain moves and maintain momentum.

Like Neon White, speed is the name of the game here as you’ll have to use parts of the environments and certain tools to reach each level’s portal as quickly as possible.

Outside of the main campaign, Celerity includes challenge and free roam modes for perfecting your technique with each obstacle and ability type.

If there’s one thing Neon White is lacking, it’s parkour platforming trucks; thankfully, our next game recommendation looks to address that.

Clustertruck is billed as a first-person platformer starring a fast-moving semi on a mission to clear dizzying obstacle courses littered with lasers, blades, and other deadly hazards.

Similar to Neon White, the game was created to appeal to speedrunning communities and employs several maneuvers designed to shave off seconds from each run.

This includes unlocking abilities that let you build momentum to bypass large gaps and narrowly dodge obstacles by timing your jumps correctly.

The story revolves around a detective hired to investigate a classic “whodunit” mystery with a laundry list of suspects and witnesses to track down and interview.

Each character is more eccentric and offbeat than the last, leading to oddly fascinating conversations with opportunities to explore different angles and create your own theories.

Like Neon White, the game has an obvious look it’s going for, in this case, a vaporwave aesthetic that’s further complemented by a synth-heavy soundtrack.

Without a doubt the most out-of-place entry on this list, Donut County is really only relevant to Neon White players who are familiar with its lead creator, Ben Esposito.

Prior to Neon White, the game maker crafted Donut County, a very different game that centers on a mischievous raccoon bringing an entire city to its knees with a remote-controlled sinkhole.

This serves as the basic setup for what has to be one of the funniest and short indie puzzle games we’ve ever had the pleasure of playing.

While Donut County has very little in common with Neon White in terms of gameplay, story, and visuals, it’s worth checking out if you want to learn more about Esposito’s history as a designer.

Enhanced for PC and console, Super Cloudbuilt is an updated version of the third-person action game by Swedish indie studio Coilworks that was first released in 2014.

In it, you take on the role of a young soldier that awakes in a strange futuristic city controlled by robots with weapons that aren’t too keen on you being around.

Furthermore, Cloudbuilt’s cel-shaded art style has fared a lot better than many of its contemporaries and the “Super” edition is the definitive way to play the game in 2023.

To wrap things up and let you get back to playing games, our final recommendation is an undeniable classic in the parkour platforming space.

Sure, players coming from Neon White won’t likely be impressed by the relatively simple combat in Mirror’s Edge, but there’s so much more to focus on with this game.

Many of the acrobatic feats on display in this game, such as rooftop jumps, wall glides, and zipline slides had never been conveyed with such responsive controls and immersion in a video game.

Neon White fans looking for more of a challenge are also welcome to pick up Mirror’s Edge Catalyst, a reboot for the franchise that puts a bigger emphasis on combat and upgrades. 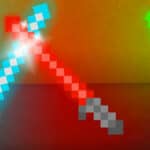 How To Make A Lightsaber In Minecraft
Related Topics Tags