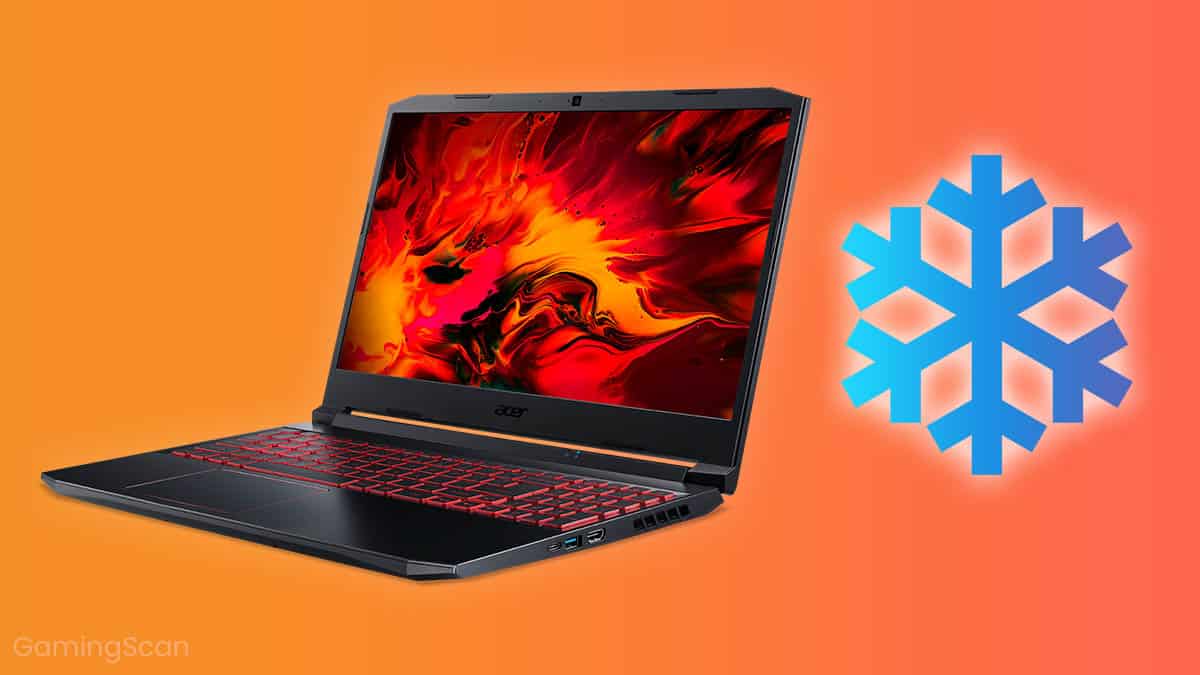 Gaming laptops truly are something. They are (relatively) light, portable, and pack a desktop’s worth of graphics processing power in a compact, easy-to-handle frame. But unfortunately, this very compactness is also their greatest weakness.

Even regular laptops can generate and trap copious amounts of heat. Put a powerful GPU inside it, and the situation gets much, much worse.

After all, there is only so much that hardware manufacturers can do to keep such a cramped space cool when both the CPU and GPU are under heavy load.

So, how do you keep your laptop cool while gaming?

Luckily, there are several things you can do to make sure your PC’s cooling system is functioning properly, and you can even give it an extra nudge as well!

Read on to find out what we’re talking about.

Preferably, a laptop should be placed on a flat, solid surface when in use, and especially when it’s under heavy load.

When placed on a soft surface such as a bed or your lap, some or potentially all of the fan intakes on the underside will be obstructed, thus blocking airflow and preventing the cooling system from functioning properly. On the contrary, when placed on a hard surface, a laptop’s rubber feet elevate it slightly to allow the fans to pull in a sufficient amount of cool air.

If there is no convenient solid surface to place the laptop on, you can do one of the following:

Considering that air is constantly circulating through a laptop, eventual dust build-up is inevitable. There is no way to prevent this, and the best you can do is clean your laptop regularly, preferably every three to six months.

Now, cleaning a laptop is quite simple. Here’s how to go about it:

Apart from merely taking measures to ensure that your laptop’s own internal cooling system is working properly, did you know that you can also get a laptop cooler, or cooling pad, as they’re sometimes referred to?

This is a rather simple and relatively inexpensive accessory that can greatly help with any overheating issues you might be facing. As a matter of fact, a cooling pad is almost indispensable in the case of gaming laptops.

The way that cooling pads operate is simple: you place them on a surface, then place your laptop on top of them, plug them into one of the laptop’s USB ports, and let the fan(s) do their work. Ultimately, you will see lower temperatures during long gaming sessions thanks to the increased airflow.

If you’ve done all of the above yet your laptop keeps overheating, there is most likely an underlying hardware or software issue that needs to be addressed.

True, a dedicated GPU inevitably generates a fair amount of heat, but if we’re talking about a low-end GPU that is being pushed too hard by modern games, then the temperatures might get out of control. The same goes for CPUs with integrated graphics chips (nearly every Intel CPU) or one of AMD’s APUs.

So, if you see noticeable performance drops that accompany the heat increase, this means your graphics processor is reaching critical temperatures. In this case, you need to advance the cooling through either cleaning it or getting a cooling pad, and preferably both.

If that doesn’t help, there are two things you can do:

Most modern laptops (especially the ones designed for gaming) have multiple internal fans that help keep all of the components cool. If only one of those fans were to malfunction, you’d notice a spike in temperature.

The best way to check this without actually opening the laptop is simply to use your ears. Simply put the system under heavy load so that all the fans are spinning at high speeds and listen closely to each of the intakes. There are two giveaways to keep an eye — or rather, an ear — out for:

Now, tinkering with a laptop is not as easy as it is with a desktop PC. It’s best to have your laptop repaired by an authorized professional rather than attempting to do anything yourself.

As a matter of fact, never open your laptop if it is still covered by the warranty, since doing so will most likely void said warranty. 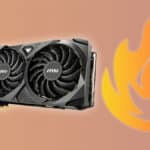 Should I Overclock My GPU?
Related Topics Tags