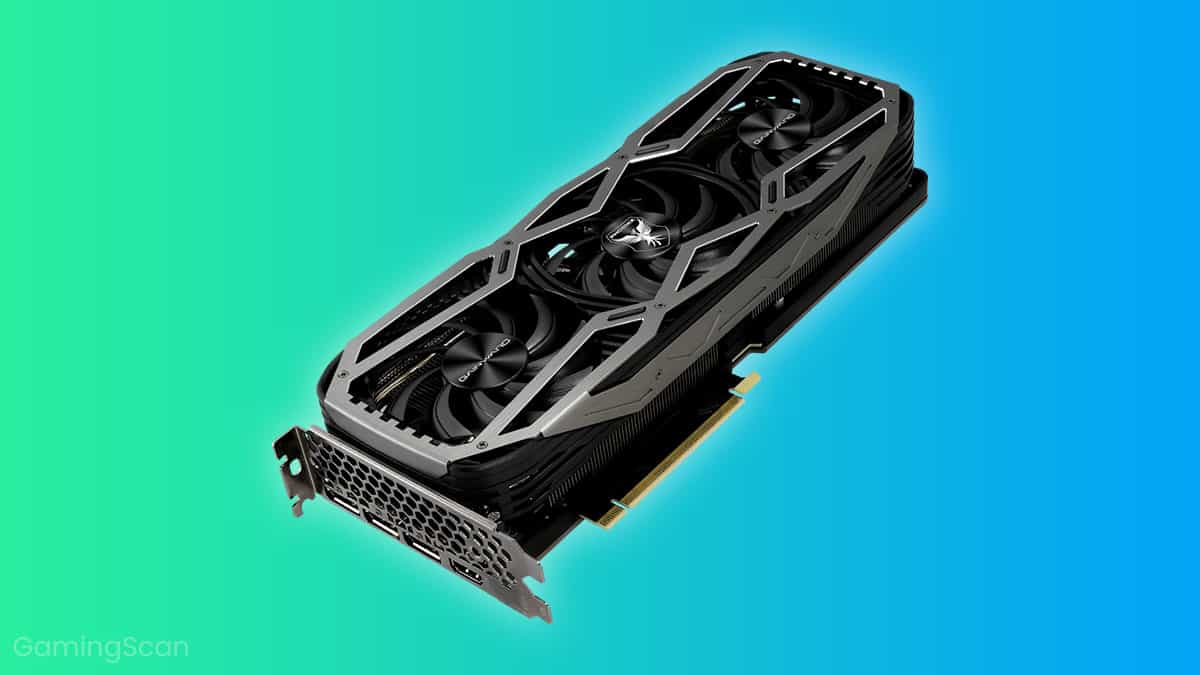 A quite common GPU-related issue is the fan spinning only sporadically or not at all. Keeping your GPU running at a cool temperature is crucial to maintaining your performance.

So, if you’re experiencing this problem, here are some answers on how to fix it and prevent your GPU from heating up.

We’ll start with the most common reason and fix.

The GPU Is In Idle Mode

Numerous GPUs have an in-built feature that only uses the passive cooling hardware (the heatsink) while the PC is idle or performing non-GPU intensive tasks, such as web browsing or basic applications. If this is the case, it’s entirely reasonable for the fan to be off, and this won’t damage or affect the performance of the GPU.

The idea is to cut down on noise pollution by only firing the fan when necessary to keep the GPU within a safe and functional temperature range. Although not hearing the whirling blades of your fan is worrying when you fire up a fresh build for the first time, this behavior is habitual.

The fan is triggered when under load, once it reaches a defined temperature threshold. Power up a graphically demanding game or benchmark tool, and the fan should spring to life.

If that doesn’t happen, the problem may be more drastic.

The simplest solution is often the best one. The go-to fix of IT technicians across the globe for a seemingly faulty GPU fan is restarting your computer. A reboot does wonders to refresh the system and realign settings for proper functionality, including GPU fans.

Graphics processing units need power — and a lot of it. If you have recently installed a new GPU only to find the fan isn’t spinning, the chances are the power connector (combination of 6-pin and 8-pin depending on the model) linking it to the power supply unit is either not connected or the pins are not completely pushed into the card.

Similarly, ensure the GPU is correctly sitting in the PCI-E slot on the motherboard.

Another thing to look out for is whether the power supply unit provides sufficient wattage to power the GPU. If peripherals are unresponsive or the PC repeatedly shuts down for no reason, then the PSU might not be powerful enough.

Doing advance research before purchasing a new card is a no-brainer, but you’d be surprised to know how many unversed builders take the plunge on a top-of-the-line RTX without double-checking the wattage requirements.

If your current power supply unit underpowers the GPU, you’ll need to invest in a more powerful replacement, at which point the GPU fan should work once again.

Another essential check while the PC is open is ensuring that none of the other connections have come loose, especially anything connected to the motherboard, including power cables. Although not directly linked to the GPU fan, these types of connections can have an overall effect on the system, which is a bit like a microcosm where everything needs to work for the sum of its parts to function properly.

Like any mechanical element, the fan bearings can lose some of their spinning capabilities over time, and the best way to remedy this is to refresh the motor with a drop or two of any standard machine oil or sewing machine oil.

Remove the sticker on the top of the fan, pop out the protective plastic cap, and drop a small amount of oil on the bearings. Be sparring as a little can go a long way and too much can ooze out onto the blades and, God forbid, onto the GPU below, causing critical issues. Remember to place the cap back to hold back the oil.

Stay clear of WD40 or household cooking oils as these either leave a residue that can hinder functionality or evaporate too quickly to be useful.

Clean The Fan Of Dust and Other Obstacles

The most common culprit for GPU fans that don’t spin is a build-up of dust and debris on the blades. The fans used on GPUs have very low torque, meaning it doesn’t take much for obstacles to impede movement or completely immobilize the blades.

With their very function to move hot air away from the GPU, the fans continuously interact with errant particles and dust that invariably ends up inside a PC. Over time, this debris comes to rest on the blades. The problem is especially prevalent if the PC hasn’t been used or cleaned in a while.

Invest in a canister of compressed air, open your PC, locate your GPU and clear off any lingering dust from the blades. You could even go further by detaching the fan from the GPU and removing any dust on both sides of the blades with the compressed air.

If you opt to remove the fans from the GPU, take the opportunity to clear the heatsink (if the GPU has one) of any dust build-up, and give the card itself a cleanup. Focus on being careful not to spray too close, to avoid damaging the components and circuitry.

Another similar cause of idle fans is misplaced cabling emanating the fan motor. Over time, these cables can inch their way into the path of the blades, obstructing movement. Additionally, if your overall cable management is, let’s say, lacking, make sure no loose cables are coming into contact with the blades.

Obtain the latest drivers from the Nvidia or AMD websites, depending on the model of your GPU. Install the drivers or, if you have done so recently, uninstall and reinstall them.

Similarly, do the same for any proprietary Nvidia and AMD GPU software like GeForce Experience and Radeon Software. Specific settings can unwittingly mess with fan controls and affect when and under what circumstances the fan spins or doesn’t spin.

Driver issues, more often than not, surface when you’ve installed a freshly released version and the process wasn’t completed correctly, or there’s been an issue on the manufacturer’s end, updated in a recent patch.

If none of the aforementioned fixes work, the chances are you’ve got a mechanical failure on your hands. Fan failures do happen, especially with older models that have been churning away over thousands of hours of use. Conversely, newer GPUs aren’t immune to the occasional fan failure due to an unforeseen manufacturing mishap.

An excellent way to test this out is to download MSI Afterburner, an overclocking and GPU monitoring application that sets the program to run the fan or fans at max speed. If they don’t fire up and you’ve covered all our points above, the problem is more or less guaranteed to be a hardware failure.

Unfortunately, in this case, the only option is to invest in a new fan, assuming you most likely don’t have the know-how to open up a fan and fix it manually. Luckily, fans are among the lowest-priced PC components. It’s possible to bag a decent GPU fan for around $40 to $50.

Having said that, we recommend sticking to respected brands like Cooler Master and Corsair for the peace of mind of product reliability.

Unfortunately, faulty fans aren’t the only cause of blades not spinning. A broken motherboard could also cause the issue, specifically a buggy PCI-E slot. In this case, the problem might originate either from the PCI-E slot in use or the motherboard as a whole. You can test this by shifting the GPU into a different PCI-E slot to see if it resolves the issue.

If it doesn’t, and you’ve followed all the steps above, the problem may be the motherboard. In this case, it’s probably time to invest in a new one or, if it’s new, send it back to the vendor and obtain a replacement. Most modern motherboards come with no-nonsense warranties, so this shouldn’t be an issue. 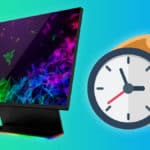 How To Overclock Your Monitor
Related Topics Tags