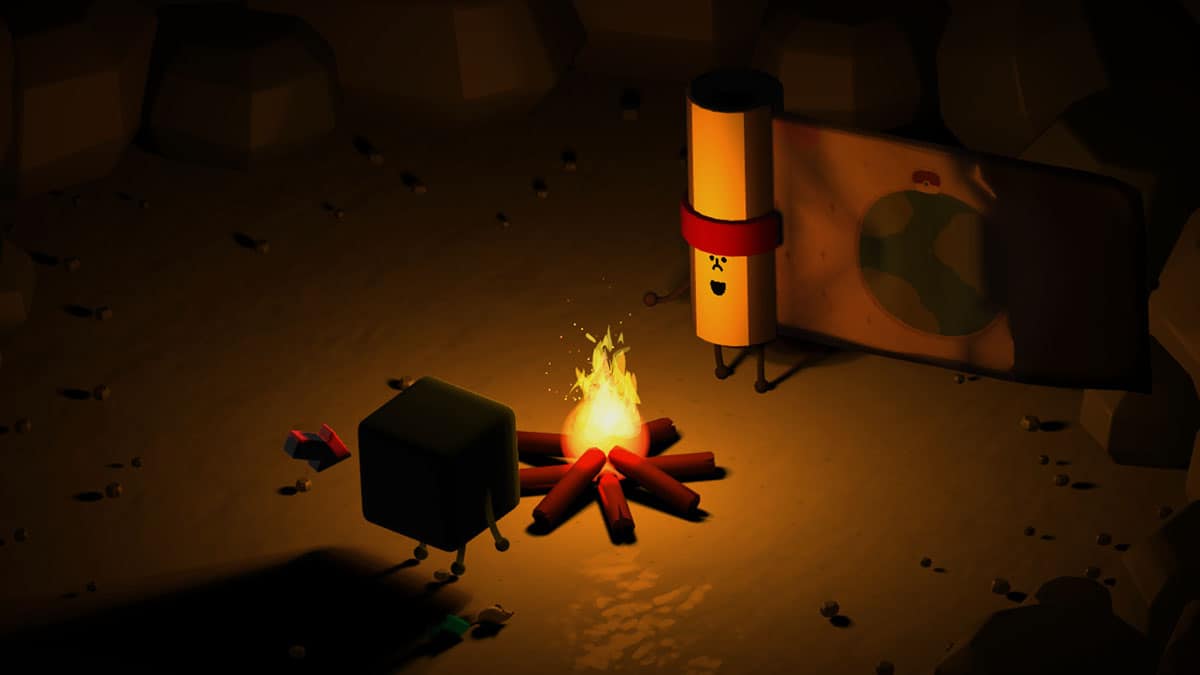 While many games can be chaotic and challenging, some keep things casual with relaxing gameplay, tranquil settings, and soothing sounds.

So if you’re looking to relax and unwind after a long day, keep reading on for recommendations for low-key games you can play at your leisure.

For a relaxing adventure, we suggest picking up Potion Permit, a colorful JRPG life sim with cozy characters.

In it, you take on the role of a chemist sent to the small town of Moonbury, an idyllic village that has always been wary of the outside world.

Tasked with curing the mayor’s daughter of a mysterious illness, you’ll also have to convince the residents of Moonbury to trust modern alchemy.

To be successful, you’ll have to prove yourself as a worthy member of the community by getting to know each villager and helping them improve their lives.

One of 2021’s most surprising indie hits, Chicory: A Colorful Tale is a 2D adventure puzzle game about a janitor dog named Pizza who discovers a magical paintbrush.

This artistic tool lets Pizza use brushstrokes and splashes of color to bring their cartoon world to life as they explore new areas, solve puzzles, and battle bosses.

The game tells a surprisingly emotional story that’s sure to tug on players’ heartstrings and offers a fresh perspective on what it means to be an artist.

Chicory is a great addition to any puzzle fan’s library that will brighten up your day with its earnest storytelling and vibrant visuals.

When approaching The Ramp, it’s best to think of it as more of a digital toy than a traditional video game, one that’s perfect for a few minutes of casual gaming.

Designed with skateboarders in mind, it offers satisfying and unique skateboarding gameplay with easy to learn, hard to master tricks and controls.

There are four levels included: a classic halfpipe, an empty pool, two compacted bowls, and a mega ramp for pulling off high-flying stunts.

While simple in its presentation and design, The Ramp is a great option for rainy days when you don’t feel like going outside to skate and still want to enter the flow zone.

Townscaper takes a minimalist approach to city building that manages to stay true to the genre’s captivating, simulation-driven nature.

Devoid of any goals or complex management systems, gameplay revolves around building quaint island towns with curving streets, soaring cathedrals, canal networks, or really anything you set your mind to.

This is all done block by block using simple controls that streamline the entire process, allowing you to focus on creating the layout, placement, and color of each structure.

In many ways, Townscaper is more of a virtual toy than an actual game, one that uses underlying algorithms to ensure every block placed magically becomes a cute house, archway, staircase, or bridge.

One of the most zen games on this list, Unpacking simulates the familiar experience of organizing your personal possessions after moving into a new home.

Over the course of eight house moves, players are given a chance to experience the emotional weight that comes with reflecting on life throughout the years.

Gameplay is a mix of block-fitting puzzles and home decoration, as players are encouraged to create satisfying and aesthetically pleasing living spaces.

If you fancy yourself something of an artist, then you may want to tap into your creative juices with a game like SuchArt.

Touted as a “Genius Art Simulator,” it casts you as a unique artist living in the year 2130 aboard a space studio all your own.

Each day, you’ll receive assignments from art clients with a particular vision in mind; its up to you to interpret that idea and filter it through your own imagination.

To achieve this, the game provides you with a wide selection of tools such as canvases, paintbrushes, spray paint cans, markers, and more.

PowerWash Simulator provides you with the simple satisfaction of turning dirty messes into sparkling wonders.

In it, you’re tasked with building up your own power washing business by taking on contracts across the dusty town of Muckingham.

There are no time restraints or final scores to worry about, just you and an abundance of washers, nozzles, and extensions designed for different tasks.

The game also gives you the ability to customize your gear and replay completed assignments in Free Play.

Next up, Peachleaf Pirates is a colorful and relaxing point & click RPG with farming sim elements and 2D pixel art visuals.

In it, you play as a sea traveler who washes ashore a vibrant island with no memory of how they got there.

Welcomed by an eccentric cast of locals, you’ll divide your time between adventuring, homesteading, and exploring the island’s many mysteries.

The game offers an abundance of strange and exotic crops to grow and harvest, including Mango, Guava, Chubaberry, and Fairyplum.

If there’s one thing we could use more of in relaxing games, it’s dogs, specifically cute mutating dogs who move around awkwardly.

Wobbledogs tasks you with raising an army of virtual pets in a customizable 3D sandbox with rooms you can rearrange to get your pups to socialize.

While the gameplay is meant to be casual and chill, you’ll find Wobbledogs’ systems are surprisingly deep, going as far as to physically simulate your dogs’ intestinal tracts.

This plays a vital role because as pups age, they undergo changes to their physiology based on their diet and behavior.

Since we’ve already recommended a relaxing life sim for dog lovers, it seems only fitting to include something for the cat community.

Cattails is a unique animal RPG with cute pixel art that has you stepping into the paws of a customizable feline living out their wildest dreams.

The game features an expansive open world where you’ll have to hunt, socialize, and explore to survive and eventually start your own family by raising a litter of kittens.

Along the way, you’ll battle with rival colonies, dig for treasure in hazardous caves, participate in festivals, and fill up your den with decorations and amenities.

Video games don’t get much more chill than Animal Crossing, where the only anxiety comes from remembering to pay off your loan to Tom Nook.

The series has always focused on letting players tailor things to their liking, whether that’s decorating a town or populating it with unique animal villagers.

Despite the extensive number of new decorations, animals, and loans, the game is always encouraging you to take things one day at a time.

Fans of Animal Crossing will enjoy playing Cozy Grove, a 2D life sim that sees you camping on an ever-changing island haunted by friendly ghosts.

As a Spirit Scout, you’re tasked with exploring the island’s forest each day, searching for hidden secrets, fishing, and completing favors for the local spirits.

Objects you find can be crafted into decorations that help spruce up the island’s appearance and restore some much-needed color and joy.

Completing the main story will take you roughly 40 hours, and since the game is synced to real-world time, you’ll find yourself checking in on Cozy Grove daily.

Slime Rancher is an adorable farming sim that tasks you with managing a ranch far from Earth on a planet populated by cute slime creatures.

Your job is to catch these slimes, bring them back to your ranch, and feed them food until they produce ‘Plorts,’ which serve as the game’s main currency and method for upgrading your tools and farm.

Each type of slime has unique behaviors and will interact with other species in different ways, so feel free to experiment and see what each one does.

Color Zen is a relaxing minimalist puzzle game in which you match corresponding colors in order, with the goal of filling the entire screen with a specified color.

Failing to solve a puzzle doesn’t bring any real penalty other than having to start from the beginning of a level, of which there are 460 included.

On Switch, the game can be played using touch screen controls in handheld mode or Joy-Con while docked.

If you’re a fan of the Katamari Damacy games, then there’s a good chance you’ve heard of Wattam, Keita Takahashi’s most recent project that was released in 2019.

While it introduces a bunch of random, unconventional gameplay mechanics, if we had to sum the game up, it’s essentially an action game centered on befriending an eccentric cast of characters.

This is done by holding hands with various trees, rocks, toilets, poop, etc., you encounter throughout the world.

The game also features minigames, puzzle-solving, and secrets that will keep you entertained for about 4 hours.

A Short Hike invites you on an adventure hiking, climbing, and soaring across the mountainous landscapes of Hawk Peak Provincial Park to reach its summit.

Along the way, you’ll discover hidden treasures and meet other hikers with interesting stories to share.

This is accompanied by a satisfying progression system that sees you collecting golden feathers to extend your flight.

As its name suggests, A Short Hike can be completed in a single sitting but rewards you for taking your time and exploring everything Hawk Peak has to offer.

There’s something so relaxing about games with a minimalist look, whether it be simple objects, a limited color palette, or just a sleek-looking user-interface.

What better a genre to showcase these features than a city builder like Islanders, where a bulk of the time is spent analyzing environments for potential resources.

Categorized as a strategy game, Islanders lets you craft beautiful cities without the stress of having to manage resources.

Point and click adventures are one of the most relaxing kinds of games and don’t require much split-second decision making.

A great example is Later Alligator, a mystery adventure that sees you exploring an alternate version of New York City inhabited by bipedal alligators.

The game is played from the perspective of Pat, a socially awkward reptile who becomes wrapped up in a criminal conspiracy involving his family.

Pat’s quest for answers leads them on a humorous adventure filled with 30+ minigames and over 100 different alligators to meet.

Inspired by games like Harvest Moon, Stardew Valley is a farming sim that offers players a relaxing and enjoyable experience.

The game offers a lot of flexibility in terms of how you choose to spend your days, allowing you to focus on doing the activities you enjoy most.

Over the in-game years, you’ll get to know the community of Stardew Valley well, forming relationships that can leave a lasting impression.

Abzu is an underwater adventure game that has you take on the role of a scuba diver that awakes to find yourself floating on the surface of a massive ocean.

Players get to explore the beautiful underwater environments filled with plant and animal life, as well as buried ancient technology and civilizations.

A majority of the game is spent solving simple puzzles and interacting with marine life using sonar-based abilities.

It’s one of the most calming games on this list and will make you feel like you’re in a different world.

House Flipper serves both as a parody of popular home-renovation TV shows and a legit house flipping simulation game.

In it, you purchase and sell virtual properties in hopes of making a profit by applying a bit of elbow grease to increase their value.

Each client will have their own preferences, so knowing how to cater to their needs is an essential ingredient for success. 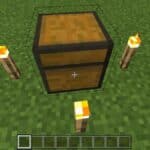 How To Show Coordinates In Minecraft
Related Topics Tags