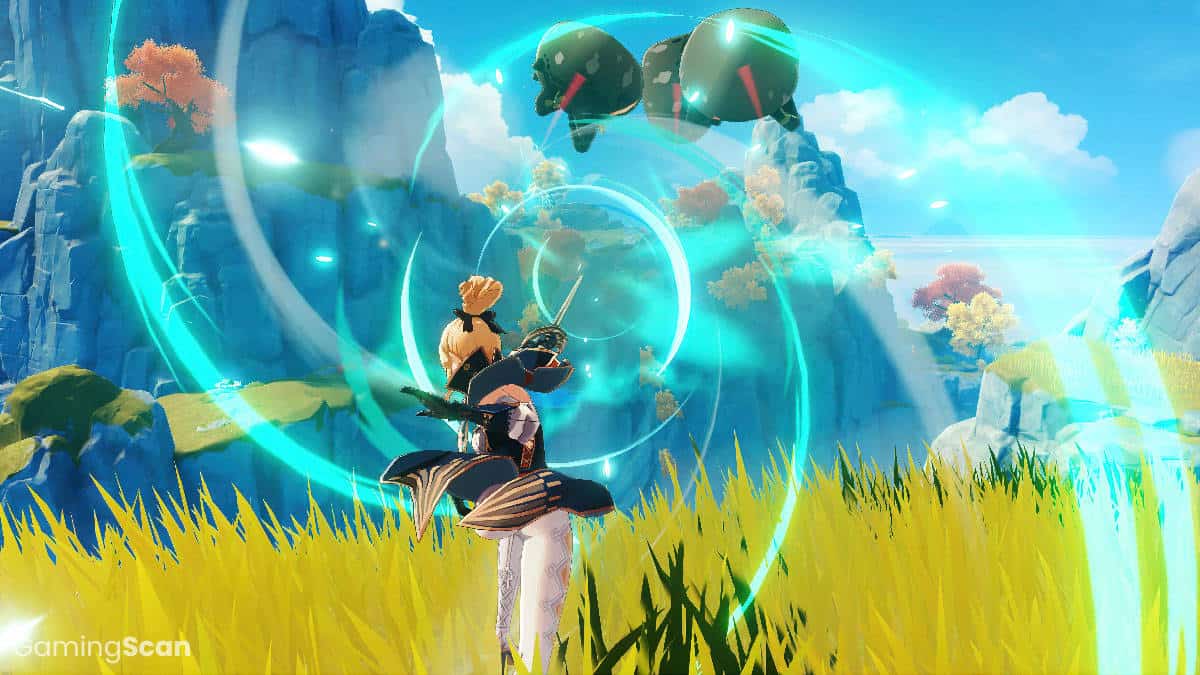 It’s hard not to get hooked by Mihoyo’s latest and most popular open-world RPG Genshin Impact considering the appeal of the game’s free-to-play structure, satisfying combat, and compelling story.

Whether you’re a fan of Genshin’s roster of unique characters, vibrant art style, or just well-designed RPGs, at some point you’ll find yourself looking for a new game that scratches the same itch.

We’ll be updating this list in the future with new titles, so make sure to check back and let us know if we missed any of your favorite games like Genshin!

Our first recommendation to Genshin fans is Mihoyo’s previous title Honkai Impact 3rd, another free-to-play action RPG that in many ways laid the foundation that Genshin Impact was built upon.

In it, you’re tasked with guiding a team of Valkyrie with distinct skills and playstyles through fast-paced action-combat scenarios.

Each Valkyrie can be leveled up using in-game purchases and traditional RPG leveling to improve their stats and damage-dealing potential.

Scarlet Nexus is another great choice for anyone who loves anime-inspired action RPGs with unique cel-shaded graphics similar to Genshin Impact.

In it, you take on the role of a member of a supernatural task force dispatched to fight evil mutants that plan to invade and consume human brains in a futuristic setting.

Story-wise, the game is a bit all over the place but does manage to do an excellent job building up its sci-fi-inspired world with atmospheric environments and plenty of eye-catching visual effects.

Additionally, characters can learn new abilities via a skill tree, unlocking new over-the-top combos that look and feel just as satisfying as those in Genshin Impact.

Breath of the Wild

For better or worse, players have been comparing Breath of the Wild and Genshin Impact ever since Genshin was first announced.

Controversies aside, the two do have some striking similarities, with Mihoyo’s going as far as to model Genshin’s combat system after BOTW.

There’s also the matter of both games having eerily similar cel-shaded graphics, though that’s more of a nitpick considering countless games have employed a similar art style.

Immortals Fenyx Rising is another free-roaming open-world game that’s elicited its own share of BOTW comparisons.

In it, you play as a hero who gets called upon by the Greek gods to defeat Typhon, a mighty Titan that has unleashed an army of mythological monsters on the world.

Gameplay primarily focuses on free-roaming exploration via horseback and a pair of magical wings that let you traverse environments with ease.

Like Genshin Impact, Immortals manages to draw inspiration from Nintendo’s best-selling title and adapt it in a way that feels wholly unique without overstaying its welcome.

If you’re a fan of stylish JRPGs with interesting characters, then you’ll like Persona 5 Royal, which expands upon the original by introducing a new party member, story cutscenes, and other content.

The game casts you as a rebellious teen codenamed Joker as he attends high school in Tokyo and becomes tangled in a supernatural world occupied by twisted villains and companions called Personas.

Like Genshin Impact, Persona 5 features a well-designed leveling system that offers tons of room for personalized playstyles and unique strategies.

However, this latest entry offers a new take on the franchise’s action RPG formula that openly borrows some ideas from other popular games in the genre.

This includes refinements to Ys IX’s combat that result in more frantic and exciting battles reminiscent of Genshin Impact.

Combine this with the terrific character and storytelling the Ys games are known for and you have the recipe for a noteworthy action RPG Genshin fans won’t want to miss.

Dragon Quest XI is the latest entry in the extensive JRPG series created by Square Enix and has you playing as a young man who discovers he’s the reincarnation of an ancient legendary hero.

With this knowledge, the hero sets forth to explore strange new lands with a team of adventurers in order to uncover the mysteries of his past.

Although the story mostly focuses on the hero’s journey, players can spend time improving the rest of their team’s skills, crafting gear, and equipping various outfits like in Genshin Impact.

There are also a large number of side quests, mini-games, and other content to extend the game’s already lengthy playtime.

Originally released for the Wii and later ported to the Nintendo 3DS, Xenoblade Chronicles is a universally acclaimed open-world JRPG that hits many of the same notes as Genshin Impact.

In it, you take on the role of a young hero named Shulk who bands with other characters to defeat an army of sci-fi alien robots known as the Mechon.

For the best version of the game, we recommend picking up the Definitive Edition, which features updated graphics, remastered music tracks, and improvements to XC’s notoriously obtuse quest tracking system.

Final Fantasy XIV is often credited for reviving the MMO genre due to its balanced approach to storytelling, gameplay, and graphics.

Additional updates have continued to expand the game’s world while introducing new systems and events including fishing raids, city restoration projects, and new variants of existing raids and trials.

Related:Best Upcoming MMORPGs 2022 (And Beyond)

The latest Shadowbringers expansion also takes the story to another level with higher stakes and compelling characters you can’t help but root for.

While its endgame crafting can feel a bit tedious, that’s something Genshin Impact fans can definitely relate to, the amount of detail and variety in FFXIV’s world will keep you entertained.

Ni No Kuni II makes several refinements to its predecessor’s gameplay loop that brings it a lot closer to action RPGs like Genshin Impact.

You play as a young king who gets stripped of his title and must set out to build a new kingdom with help from a team of extraordinary companions.

Additionally, combat lets you combine heroes’ abilities and combo off of each other’s attacks just like in Genshin Impact.

Fire Emblem is another popular Nintendo franchise that shares similarities with Genshin Impact, more so the spin-off Fire Emblem Warriors than the mainline strategy games.

What you end up with is a frenetic action RPG with a robust combat system that allows you to perform insane, over-the-top combos with series staples like Marth, Rowan, and Chrom.

Like Genshin Impact, each hero has a distinct playstyle that can be further defined by leveling up and acquiring new skills.

For one, it features bright and colorful cel-shaded graphics and a fantasy-themed setting filled with wonder and mystery.

Related:Best Upcoming Survival Games 2022 (And Beyond)

Additionally, combat is very much hack and slash-based, with players able to wield an assortment of blades, bows, etc. as they explore dungeons and battle bosses.

It’s a great alternative for anyone who’s already sunk in a lot of time in Genshin and wants something new that still feels familiar.

Probably the most different game on this list, Warframe is a popular free-to-play sci-fi looter shooter that shares a few but notable similarities with Genshin Impact.

Aside from the fact both games can be played for no cost, they’re both extremely grindy and feature robust character customization in the form of weapons, armor, and outfits.

Like Genshin, each character, or “Warframe,” possesses unique abilities that can be further defined by equipping certain weapons and modifiers.

Lastly, Warframe’s movement and combat systems allow you to move at insanely high speeds and pull off dazzling feats while clearing rooms of enemies. 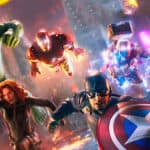