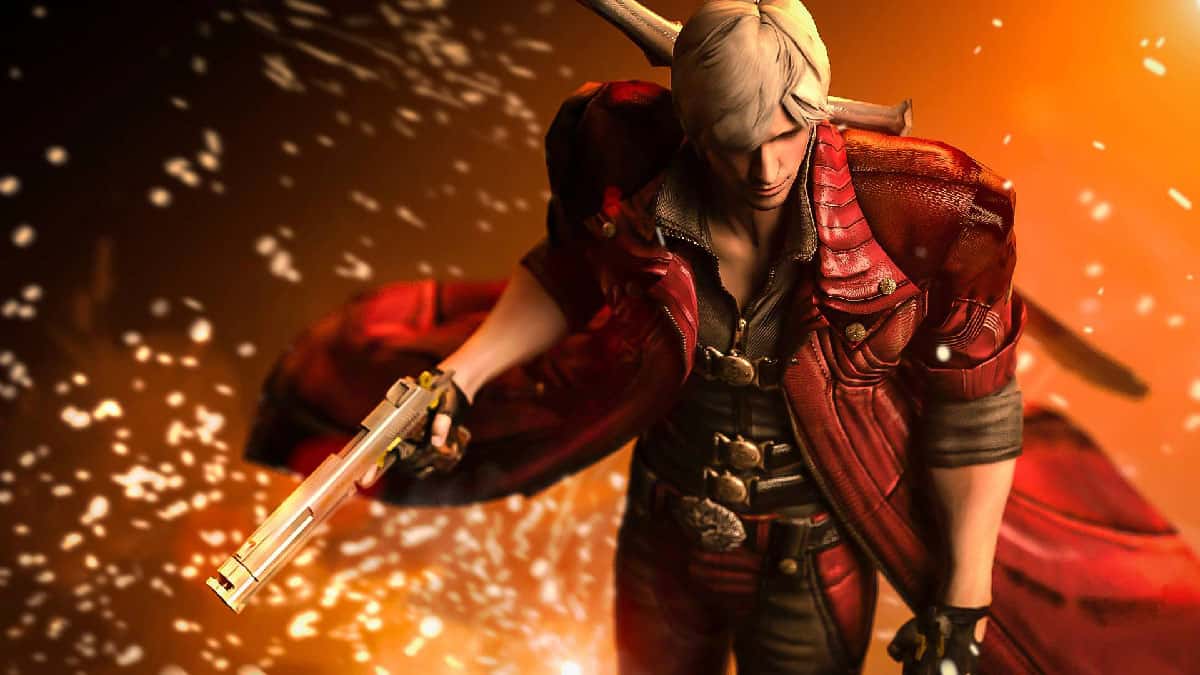 The Devil May Cry franchise got its start in 2001 and ever since has played a pivotal role in bringing the hack and slash genre to a wider audience.

While Devil May Cry 5 is the latest entry in the series and a largely successful one at that, fans will inevitably find themselves looking for a new game that scratches the same DMC itch.

Our first recommendation for DMC fans is Nier: Automata, which also features hack and slash combat dripping with style and exaggerated attack animations.

While its complicated, bizarre story can be hard to make sense of, things become much clearer on subsequent playthroughs, which is the intended design.

It centers on an android named 2B and her companion bot 9S as the pair become entangled in an ongoing war between gigantic machines.

Ultimately, both games have satisfying fast-paced combat, though Nier tends to emphasize its narrative a bit more whereas Devil May Cry is pretty much all about the gameplay.

Next, Scarlet Nexus is an anime-centric sci-fi action RPG in which you play as a member of a supernatural task force dispatched to fight evil mutants that plan to invade and consume human brains.

Players control one of two protagonists, male or female, both of which possess psychokinetic powers and wield various weapons including swords and guns.

Your character can learn new skills via a brain tree as well, resulting in increasingly over-the-top combos that look and feel just as satisfying to pull off as any Devil May Cry game.

Story-wise, the game is a bit all over the place but does manage to do an excellent job building up its sci-fi-inspired world with atmospheric environments and plenty of eye-catching visual effects.

If you’ve had your fill of playing as the Son of Sparda, why not take on the role of Son of Hades, Zagreus, as he sets out to escape an ever-shifting underworld guarded by powerful gods and reach Mt. Olympus.

Categorized as an isometric roguelike dungeon-crawler, Hades emphasizes story-telling across multiple runs in which the world and gameplay evolve based on randomized layouts and permanent upgrades.

Combat follows the same arcade-inspired hack and slash design as Devil May Cry, with Zagreus combining different abilities and weapons to cut down his foes.

It’s also an extremely well-written game with a cast of charismatic characters that frequently engage in banter complete with quippy dialogue and dramatic one-liners.

Another action-packed game with fantastic swordplay is Ghost of Tsushima, in which you play as a samurai tasked with defending his home from Mongol invaders.

The game plays with its historically-based setting in some interesting ways that force your character to toe the line between sacred samurai traditions and new strategies to achieve his goal.

While the combat may not be as frantic and chaotic as Devil May Cry, there’s an art to parrying and countering enemies attacks that, once mastered, opens up the number of possibilities.

And for those that want to ramp up the difficulty to Dante Must Die levels, GoT features a New Game+ mode that unlocks stronger enemies, weapon upgrades, and a new damage rating.

While there may not be much overlap between the lives of cartoon samurai Jack and video game demon hunter Dante, Battle Through Time is an interesting use of the animated series’ vibrant locations and memorable characters.

In many ways, it’s is a throwback to early 2000s arcade hack and slash games, including Devil May Cry, and explores alternate scenarios taking place during the show’s final season.

Throughout the game, Jack is forced to battle his nemesis Aku’s minions along with other familiar rivals using a variety of melee and ranged weapons including a sword, bow and arrow, and his bare hands.

Like Devil May Cry, it follows a mainly linear path consisting of nine levels for the main story, with the occasional branching side path where players can come across extra rewards and secrets.

Sekiro: Shadows Die Twice is a phenomenal action title that challenges players’ reflexes and maintains the steep learning curve fans have come to expect from From Software games.

The story is about a dark and mysterious shinobi on a mission to get revenge against the samurai who cut off his arm and kidnapped his lord before the game’s events.

Related:Sekiro: Shadows Die Twice Review – It Met Our Expectations, And Then Some

Instead of attacking the enemy’s health directly, combat revolves around targeting opponents’ posture and balance while monitoring your own as you combine various tools and abilities tied to the main character’s prosthetic arm.

While there’s a bigger emphasis on stealth mechanics, including using a grappling hook for quick escapes, skilled players will find enough room to set up combos and master Sekiro’s technical-based sword combat.

Persona may be more recognizable for its historically turn-based JRPG series, however, Persona 5: Strikers manages to turn this concept on its head by ramping up the speed and real-time action.

This brings it more in line with games like Devil May Cry, though with the distinct Persona flair fans of the series have come to love.

It features real-time action-RPG combat that builds upon the mainline games while also serving as a direct sequel to the critically-acclaimed Persona 5.

Levels are packed with mobs of fodder enemies and characters perform an abundance of over-the-top, stylish attacks that will feel familiar to any DMC fan, particularly those fresh off of Devil May Cry 5.

If you’ve had a chance to check out Devil May Cry Triple Pack on the Switch and replay the first three games in the series, then consider checking out Astral Chain as well.

Created by beloved action game developer Platinum Games, Astral Chain released the same year as Devil May Cry V and currently stands as one of the best Nintendo Switch exclusives.

The influence is most apparent in Astral Chain’s Legion mechanic, which allows the player to summon an otherworldly creature to fight alongside them, similar to demon summoning in DMC5.

Another console exclusive that may appeal to Devil May Cry fans is 2018’s God of War, which serves as both a reboot and sequel to previous entries in the Sony-owned hack and slash franchise.

In it, players step into the shoes of Kratos – aka the Ghost of Sparta and literal God of War, as he goes toe-to-toe with Norse mythology’s pantheon of gods.

Related:God of War Games In Order

Having rid himself of his Blades of Chaos, Kratos now wields a magical Leviathan Axe with assistance from his son Atreus, a skilled archer with other hidden talents.

Like Ghost of Tsushima, this one has a NG+ difficulty mode called “Give Me a Challenge+” which introduces new enemy behaviors that require faster reflexes.

Although Nioh 2 is modeled after the tough-but-fair game philosophy of the Dark Souls series, it still shares many similarities with the Devil May Cry games.

Taking place during the late 1500s in Sengoku Era Japan, the game serves as a precursor to the events of the original with a customizable half-spirit half-samurai protagonist named Hide.

Combat revolves around using a wide arsenal of traditional Japanese weapons including odachi, kusarigama, and dual katanas across three high-medium-low stances reminiscent of “Styles” in DMC4 and DMC5.

Each one falls into different playstyle categories and have their unique quirks, but are generally effective at tearing up enemies, both human and non-human alike.

The Darksiders series chronicles the events leading up to and during Heaven and Hell’s war amidst a great calamity, with each entry casting you as one of the biblical Four Horsemen of the Apocalypse.

In Darksiders III, you play as Fury a lethal war mage who wields whips, swords, flails, daggers and can enter different elemental states to enhance her abilities and dispatch enemies.

Like Devil May Cry, combat is centered on hack and slash game mechanics, with players able to chain together attacks using Fury’s various weapons and powers.

Outside of battles, both games follow a similar action-adventure set-up with mostly linear environments and story missions that move forward at a consistent pace.

The other From Software title we’ll be recommending to DMC fans is Bloodborne, which moves away from the more methodical combat of Dark Souls into hack and slash territory.

You’re encouraged to play more aggressively while still paying attention to telegraphed attacks to interrupt and stun enemies until you’ve won the fight.

To help you along, the game provides an assortment of oversized blades, axes, and whips, including some “trick weapons” which can be transformed to unlock a different move set.

Like Devil May Cry, Bloodborne’s world is quite dramatic and dark in its visual presentation but lacks a colorful protagonist like Dante to help lighten the mood.

Assault Spy is another anime-inspired action game that oozes style and fast-paced combat with a sprinkling of absurd comedy on top.

You play as several different optional characters including Asaru, a professional spy, and Amelia, a reckless CIA agent, as they attempt to infiltrate the shady megacorp Negabot.

Combat draws some clear influences from the Devil May Cry games, including a combo rating system that rewards you for pulling off stylish feats at breakneck speeds.

Defeating enemies unlocks new moves to incorporate into your repertoire, including dash and dodge maneuvers that let you avoid enemy bullets and close in on your target.

If you enjoy Astral Chain, then Bayonetta is another Platinum Games developed Nintendo exclusive that shares many similarities with Devil May Cry.

For one, both games are combo-based action games with hack and slash combat, feature charismatic protagonists, and have stories revolving around angels and demons.

The original was even directed by Hideki Kamiya, and in many ways feels like a spin-off to the DMC formula with the addition of magic powers.

Bayonetta can summon otherworldly contraptions mid-battle and use them to deliver devastating blows to her enemies as well as slow down time by performing last-second dodges. 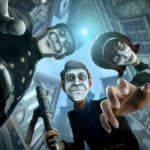