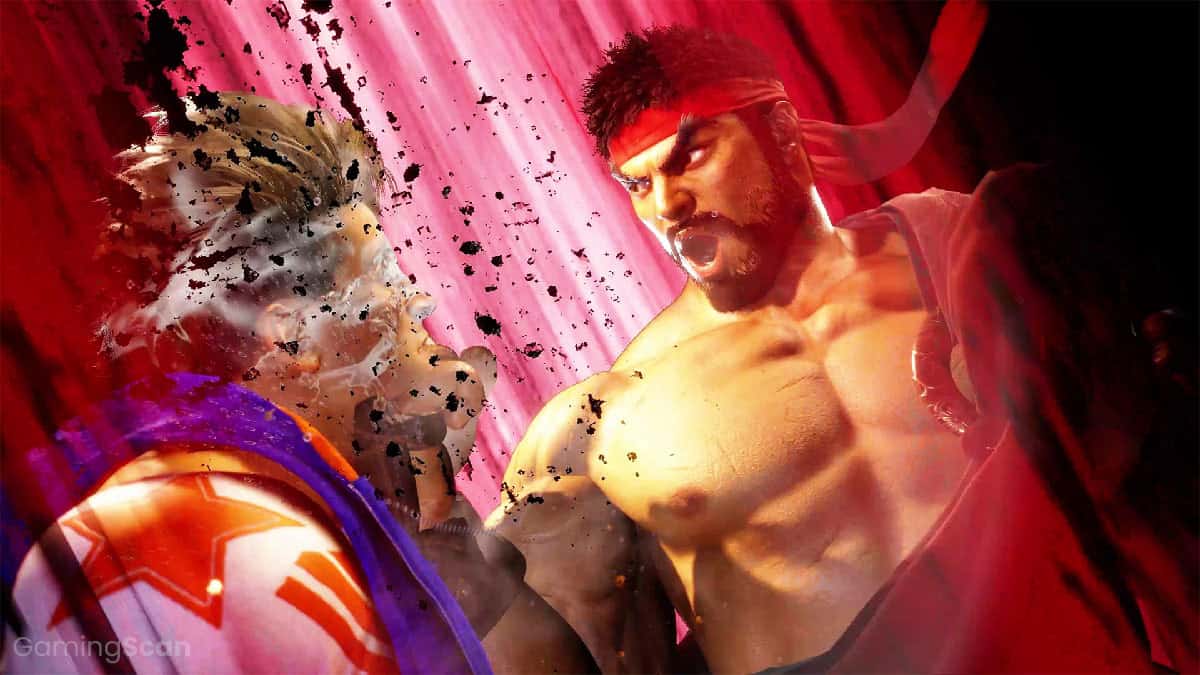 With a history spanning 30+ years, Street Fighter’s legacy is undisputed in both the fighting game and multiplayer space.

That’s not to say it’s the only viable fighter on the market – far from it, as countless contenders have tried to either dethrone or stand toe-to-toe with Street Fighter over the years.

In this list, we’ll highlight the best games like Street Fighter on Steam, PlayStation, Xbox, and Nintendo Switch to play in 2022.

This includes new fighting games like Street Fighter as well as a handful of beat ‘em ups with bare-knuckle brawling.

With all that said, it’s time to step into the arena and explore our picks for Street Fighter alternatives!

If you’ve got a particular fondness for Capcom’s fighting game history as a whole, the Capcom Fighting Collection is one of your best options for exploring the company’s catalog.

Each title has been remastered to support online multiplayer with robust rollback netcode and global leaderboards.

Seeing as this is the first time some of these games have been made available in Western territories, it’s definitely worth checking out if you’re a retro fighting game fan.

In it, you compete against the CPU or other players using 50 different fighters based on JoJo’s first 8 story arcs along with special guest characters.

Like Street Fighter, each character has a distinct playstyle with abilities that reflect their appearance and origins with respect to the JoJo manga’s continuity.

The best way to play this fighter in 2022 is via All-Star Battle R, a remastered version that introduces new single-player content, game mechanics, and characters.

Next up is Melty Blood: Type Lumina, the latest entry in a series of 2D fighters based on the visual romance novel Tsukihime.

Building off of the previous Melty Blood games, it retains many of the core battle mechanics while introducing new characters and systems.

This includes new ‘Moon Skills’ to expand your repertoire of attacks with each fighter and ‘Rapid Beat,’ a new-player friendly system that automatically chains together combos.

On the multiplayer side of things, Type Lumina utilizes rollback netcode for its online battles along with the ability to add custom titles, player icons, and character outfits.

The King of Fighters XV

The King of Fighters XV is the most recent installment and centers on 2D battles with 3v3 teams comprised of both SNK legacy characters and newcomers.

New to this entry is a single-button input system that lets even the most inexperienced players pull off flashy moves with minimal effort.

This makes KoF XV a great starting point for new players and Street Fighter fans looking to hone their skills against others online.

It comes courtesy of Cygames in collaboration with Arc System Works, best known for franchises like Guilty Gear and Blazblue.

The benefits of this tag-team duo are immediately clear as Versus features unique 3D graphics with combat that’s both intuitive and mechanically robust.

Whether you’re a fan of the Granblue universe or simply enjoy picking up new 2D fighters, this one is worth checking out.

Lethal League Blaze puts a stylish sports twist on classic 2D fighting games by having combatants hit a ball back and forth to increase both its speed and power.

Whoever has the unfortunate luck of getting hit by the ball without returning it is knocked off the stage, ending the round and resetting the ball’s momentum.

There’s a great deal of strategy and technique involved in outlasting your opponent and predicting the ball’s trajectory while moving around the battlefield.

On top of that, Blaze offers a slew of alternate game modes and modifiers to adjust the flow of battles.

While not a 2D fighter, Sloclap’s martial arts beat ‘em up Sifu has a lot to offer for those who primarily play Street Fighter games.

For one, it features precise combat that’s further complemented by detailed 3D environments and a captivating story about a martial arts student seeking revenge.

In order to get justice for their father’s murder, the player character arms themselves with a magic talisman that resurrects the wielder, only slightly older, upon dying.

Streets of Rage 4 is another beat ‘em up that features similar gameplay as Street Fighter while framing each battle around side-scrolling levels.

The game follows in the footsteps of the original Streets of Rage trilogy while expanding its roster with new fighters, interactive environments, and 2-4 player co-op.

Additionally, SoR 4 sports a hand-drawn visual style that manages to strike the perfect balance between modern graphics and retro fighters.

Considering this series has been around since the 1990s, a lot of its core gameplay elements will feel familiar to long-time Street Fighter fans.

Imagine a Street Fighter game where instead of supernaturally-gifted combatants, you got to play as Power Rangers; that’s the basic setup for Battle for the Grid.

Framed around 3v3 tag battles, this officially-licensed game pulls from the franchise’s 25-year-long history of color-coordinated teens duking it out with bad guys.

To this point, Battle for the Grid features a diverse roster of both heroes and villains based on a wide range of Power Ranger media including Mighty Morphin, S.P.D., and Mystic Force.

Players who pick up the Super Edition can explore a wealth of DLC, including a Street Fighter pack that adds Ryu and Chun-Li to the game.

Them’s Fighting Herds is another fantastic 2D fighter that puts a unique twist on the genre and comes courtesy of Mane6 and Modus Games.

In it, players pick from a cast of adorable cartoon animals and face off in cute and chaotic hoof-to-hoof showdowns.

Much like Street Fighter, the game’s streamlined combat is centered around 4-button inputs with light and heavy attacks, magic abilities, supers, and juggling.

You’ll learn to master each component across an episodic Story Mode and local/online multiplayer battles with rollback netcode.

Taking its cues from classic 2D fighters like Street Fighter and Marvel vs. Capcom, Skullgirls is a standout indie fighting game from Hidden Variable Studios.

Each battle is framed around a familiar tag system with multiple configurations ranging from 1v1 to 3v3 matchups.

If you’re looking to play in 2022, we suggest going with the 2nd Encore edition as it features new characters, skins, and modes.

To account for this, characters are each given a stylized hand-drawn look that affords better readability when delivering over-the-top, earth-shattering attacks.

The result is a satisfyingly chaotic blend of DBZ characters and settings with the eye-catching visuals and robust combat mechanics Arc Systems is known for.

This list wouldn’t be complete without mentioning what many consider to be Arc Systems’ best title to date, Guilty Gear Strive.

The game’s roster is comprised of characters that have appeared in various Arc Systems-developed games throughout the years.

As such, it’s worth checking out if you have a passion for 2D fighters and the new direction they appear to be heading in.

Another historic franchise that’s even teamed up with Street Fighter in the past for a crossover title, Tekken is without a doubt fighting game royalty.

Built from the ground up using Unreal Engine 4, the game features impressive graphics and a host of new systems for players to master.

Smash Ultimate is the latest iteration and draws from decades of Nintendo franchise history to create its star-studded selection of characters, stages, and tracks.

This includes appearances from Street Fighter mascots Ryu and Ken, which appear as Echo Fighters of each other with similar attacks.

While many still classify it as a party game, the competitive aspect of Smash Ultimate cannot be denied, especially when it comes to online multiplayer battles.

Another franchise with a fervent following and extensive history, Mortal Kombat continues to innovate within the competitive fighter space.

MK 11 is the most recent entry and includes a 25-character roster with the same crunchy combat the series is known for.

New to this installment are Fatal and Krushing Blows designed to expand your arsenal of attacks while making battles even more visceral and violent.

Players diving in now will have a wealth of updates and DLC add-ons to explore, many of which add guest characters from other popular media.

Another fighting game series like Street Fighter which happens to also be developed by NetherRealm, Injustice lets players live out their comic book fantasy match-ups.

Here we’re highlighting the sequel, Injustice 2, which builds off of its predecessor’s foundation with small but notable quality-of-life improvements.

For one, the story mode is a lot better this time around and focuses on Batman and a team of DC characters tasked with dismantling Superman’s evil regime.

Other additions include a new armor customization system that lets players modify each fighter and adjust their stat spread by equipping different gear.

To wrap up this list, we’re including one of the most beloved 2D fighters and entries in the MvC franchise, Ultimate Marvel vs. Capcom 3.

This tag-team fighting game affair sees players assembling teams of heroes and villains before entering the battlefield to duke it out for glory.

Like Street Fighter, combat revolves around high-risk, high-reward combos with the ability to juggle your opponent in the air to charge up your super meter.

Even if the online scene isn’t as active as it once was, Ultimate is still worth checking out for its deep roster of Marvel and Capcom characters. 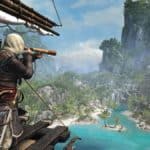