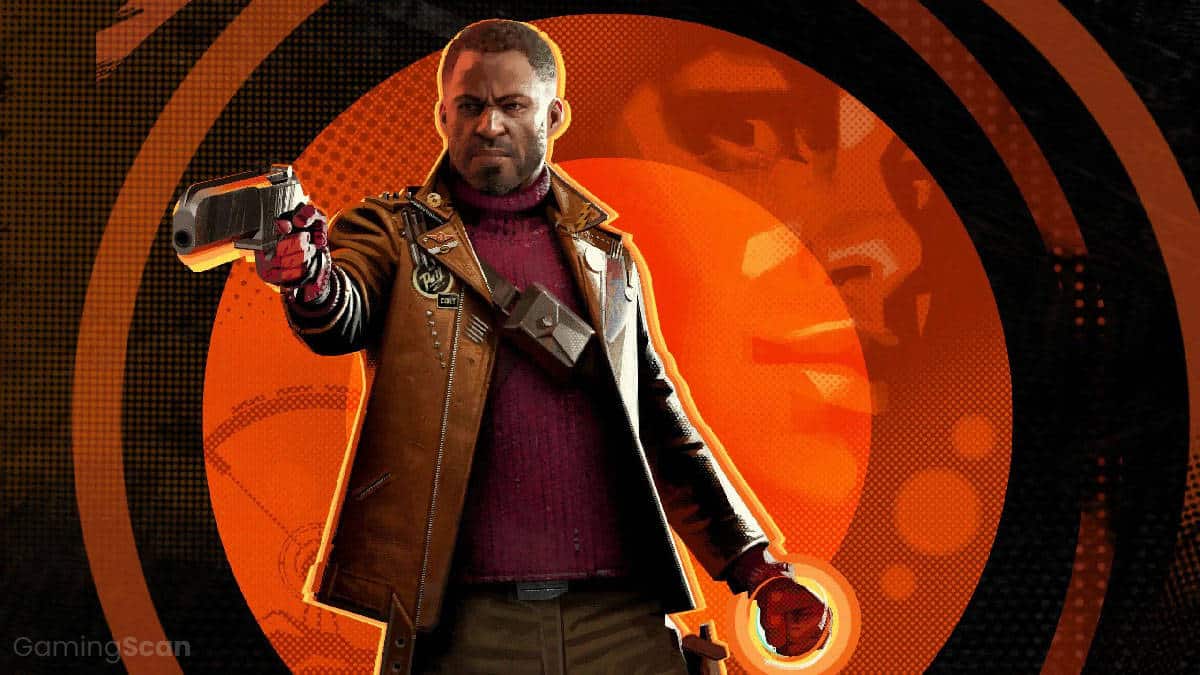 Developed by Arkane Studios and published by Bethesda, Deathloop is a stylish first-person shooter with a satisfying roguelike design that pairs perfectly with its time-looping narrative.

Once you’ve mastered the game’s intricate sandbox and seen everything Blackreef Island has to offer, it’s time to end the loop and move on to something new.

We’ll be updating this list in the future with new titles, so make sure to check back and let us know if we missed any of your favorite games similar to Deathloop!

Hitman 3 is the final chapter in IO Interactive’s World of Assassination trilogy and offers a much more streamlined experience compared to its predecessors.

While there’s no time looping narrative, you’ll find yourself replaying levels to discover new secrets and alternate paths as Agent 47 and his team, bring down the secret organization Providence.

Although the Borderlands games may not account for stealthy playstyles, they share many similarities with Deathloop from a gameplay and weapon perspective, particularly Borderlands 3.

Set seven years after Borderlands 2, the game has you taking on the role of one of four new Vault Hunters on a mission to stop twin siblings Troy and Tyreen from unleashing alien technology on the galaxy.

Like Deathloop, Borderlands 3 provides players with an abundance of creative and unique weaponry, skills, and abilities to wreak havoc on the open world.

Lastly, both games also take on lighthearted and comedic tones that do an excellent job of distracting you from the fact you’ve just murdered dozens of people within a matter of minutes.

There aren’t many Deathloop alternatives in the way of time looping first-person shooters, but Lemnis Gate comes pretty close while tacking on competitive multiplayer and turn-based mechanics.

In it, you and an opponent take turns playing as different operatives with unique equipment and gadgets that allow them to capture objectives and eliminate enemies.

Any actions you perform replay in a time loop and can be modified during later turns with additional operatives on either team.

There’s a great deal of weapon variety between the many classes and the fact that its PvP means you can play mind games against another person just like Julianna invades Colt’s world in Deathloop.

Continuing with the time looping theme, Twelve Minutes is a top-down story-driven puzzle game about a man trapped in a perpetual time loop with a deep-rooted mystery at its center.

To end the loop, the player must explore different paths within the confines of a small apartment, making discoveries and applying them to later loops to advance the story and dialogue.

This makes it similar to Deathloop from a thematic perspective even if the two have little to nothing in common gameplay-wise.

The Sexy Brutale is another story-driven puzzle game with a time looping plot that revolves around solving a murder mystery in a sprawling mansion.

In it, players take on the role of detective and closely follow the comings and goings of various guests at a high society party called The Sexy Brutale.

Over the course of the game’s 12-hour loop, characters will meet different fates that the player can alter to prevent them from dying before the loop resets.

Like Deathloop, a large part of the fun is figuring out and memorizing each character’s routine and looking for opportunities to intervene and affect the timeline.

The last time looping game we’ll be highlighting, and arguably the best on this list, is Outer Wilds, a first-person adventure game set in an ambitiously open-ended sandbox.

In it, you play as the newest recruit for a space program who finds themselves trapped in a 22-minute time loop that always ends with the sun exploding.

Like Deathloop, your character sets out to investigate the loop and find a way to end it by traveling to different locations looking for clues, specifically planets and moons within their solar system.

Although Outer Wilds doesn’t have any combat per se, you’ll find no shortage of obstacles, hazards, and surprises that can cause your loop to reset.

Prior to Deathloop, Arkane created the criminally underrated survival horror shooter Prey, in which players take on the role of a science researcher aboard a space station overrun with aliens.

Like Deathloop, players are given a variety of weapons, tools, and abilities that allow them to traverse the world and gain access to new areas as they progress through the game.

Additionally, it allows for both stealthy and aggressive playstyles, though you might find yourself pressed for resources if you go in hot every time.

Overall, Prey has that immersive sim quality Arkane is known to inject in its games, and in many ways feels like the prototype of Deathloop’s design, especially if you play the Mooncrash DLC.

If you’re looking for another shooter that combines stealth, survival, and roguelike mechanics while sporting a similar 1960s aesthetic as Deathloop, We Happy Few is the perfect game for you.

The story follows three characters over the course of three acts set in a fictional English city where citizens are forced to take hallucinogenic drugs designed to mask their dystopian society.

Each character introduces different abilities, skills, and motivations for escaping the city and must navigate feelings of paranoia and morally gray decisions that impact the story.

Though there aren’t time looping elements to speak of, We Happy Few’s captivating story and groovy 60s presentation will keep Deathloop players engaged from start to finish.

Of course, this list wouldn’t be complete without mentioning Arkane’s critically-acclaimed immersive sim Dishonored and its follow-up, Dishonored 2.

Both games see players inhabiting industrialized cities patrolled by guards that can be dealt with quietly or not-so-quietly, depending on your preference.

Many of your characters’ abilities share a striking resemblance to Colt’s mechanically, though Dishonored still takes the edges in terms of the number of powers available.

There are also some narrative connections between Deathloop and Dishonored 2 specifically, suggesting both series may exist in the same universe.

BioShock Infinite is another first-person shooter that starts with an extraordinary premise that becomes more layered and complex as you progress.

Much like Blackreef Island, the floating steampunk city Columbia acts as the perfect playground for causing mayhem with unique weapons and abilities called Vigors you obtain throughout the world.

Similar to Colt’s Slabs, Vigors unlock new elemental powers that can greatly turn the tide of battles as well as help with stealth and traversal.

The game also has a much stronger plot compared to most video games, so if Deathloop’s conclusion left you wanting, you’ll have more than enough to chew on with Infinite’s time-traveling, string theory shenanigans.

Like Deathloop, Deus Ex: Mankind Divided features a more contained open-world story about a double agent spy tasked with bringing down the Illuminati with help from a rogue group of hackers.

Gameplay features a similar blend of first-person shooter combat with an emphasis on stealth and RPG-based progression that lets you carve out a preferred playstyle.

As a result, players have a lot of freedom to approach challenges with a “shoot first, ask questions later” mindset, or take their time trying to methodically slip past enemies or disarm them.

This is further complemented by a suite of augmentations that broaden your character’s combat, stealth, and survival options similar to Colt’s different Slabs.

Our final recommendation needs no introduction whatsoever seeing as it’s one of the most beloved first-person puzzle platformers on PC.

While Portal 2 may not technically be a shooter, your character does have a gun that shoots, only instead of bullets its nature-defying portals.

Where the game compares to Deathloop is in the level of strategy and planning that goes into solving each puzzle, requiring you to scour levels for clues and objects that can help you progress.

Additionally, failing at a particular section will see your character respawn right at the start where you’ll have to repeat the cycle. 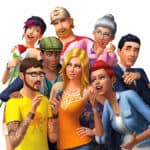