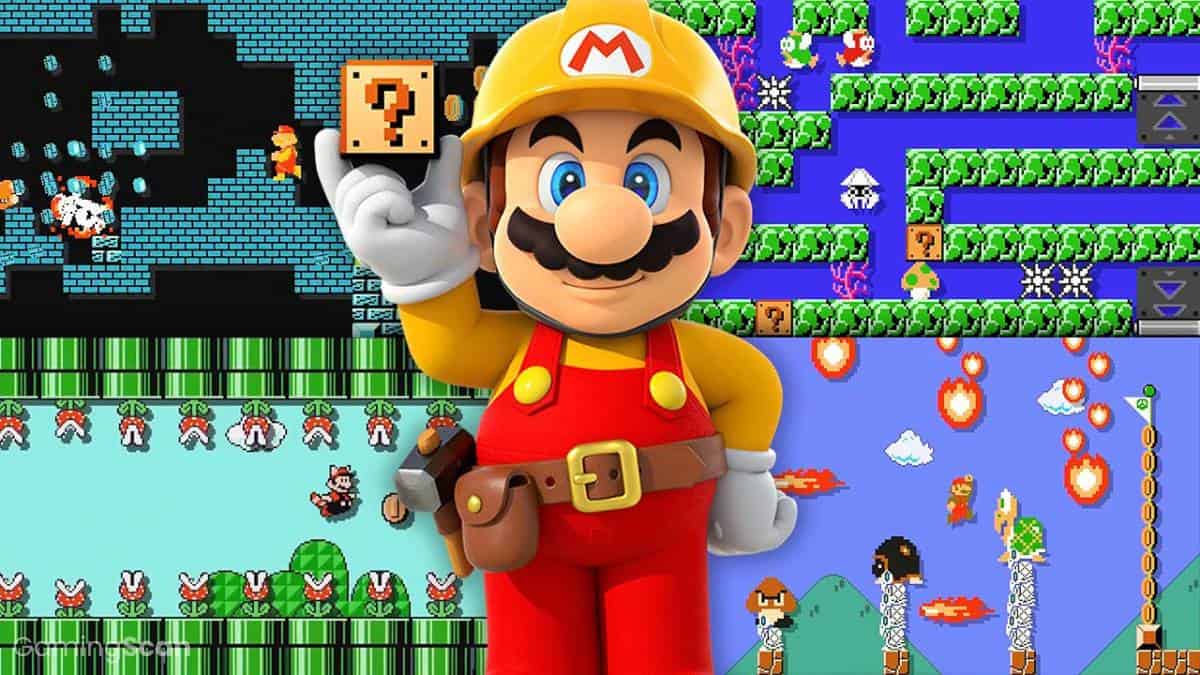 The release of Super Mario Maker 2 has resulted in a wave of new custom courses from the Maker community, many of which make full use of the sequel’s expanded toolkit and host of new features to dream up some truly interesting (and often bizarre) level designs. From carefully-crafted auto stages to chaotic speed-run levels, SMM2 has something to offer to every kind of player.

Since Nintendo isn’t exactly the best when it comes to curation, finding new courses that stand-out can be quite a hassle. Here, we’ve highlighted some of the best Super Mario Maker 2 levels that are worth checking out. We’ll be updating this list in the future with new courses, so make sure to check back. 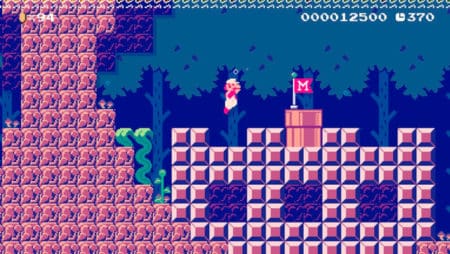 Search for the Sunken Castle (52T-7BK-LSG)

Video games may not have the best track record when it comes to water-themed levels. However, the Search for the Sunken Castle level created by Nabuz does a great job at balancing difficulty while also providing a sense of atmosphere through its heavily-detailed environments. Well-placed checkpoints and straight-forward puzzles allow you to take your time as you navigate underwater sections filled with bloopers and cheep cheep. Additionally, an abundance of Fire Flower power-ups make this course a lot more enjoyable and contrasts nicely with its aquatic motif. 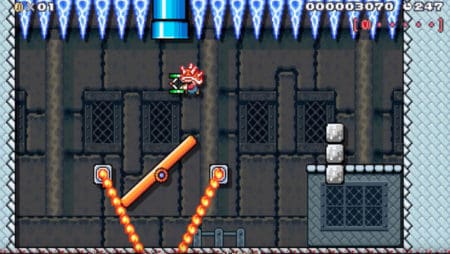 If you’re not familiar with Dan Ryckert’s SMM levels, consider yourself lucky; the Giant Bomb Producer is known for creating some of the most brutal courses, a passion he’s since returned to for SMM2. Trapped Under Ice is a cold-hearted fiasco that requires precise timing and plenty of patience. Even the most hardened makers may be frustrated by the large amount of backtracking and intricate puzzles present in this level. 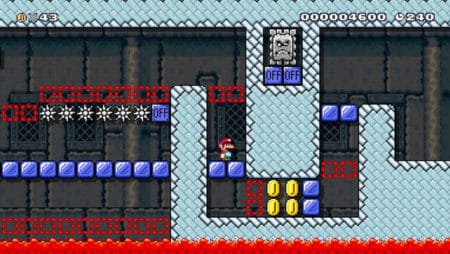 One of the more notable additions to SMM2 is On/Off switch blocks, which happens to be the central component of Nore139’s Switch X Switch course. It starts off fairly easy, giving players room to get used to the mechanic before introducing more obstacles such as spikes, Bullet Bills, and even an appearance from Bowser. Makers looking for fresh ideas on how to use switch blocks should definitely check out this course for some inspiration. 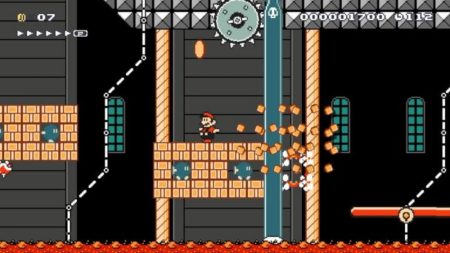 Set to Super Mario 64’s “Slide” track, Self-Destruct Activated puts players’ quick reflexes to the ultimate test. This course sees you racing through a castle on the brink of collapse as a myriad of lethal hazards like icicles, Thwomps, and Bullet Bills are constantly thrown your way. However, if you stick to the main coin paths and manage to scoop up some Super Stars, you should be able to see it through. 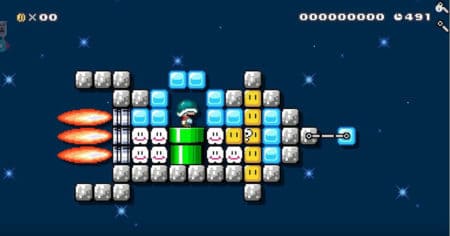 This one’s for Pikmin fans or just anyone who enjoys seeing maker creativity pushed to its limits. Futuredays’ course Olimar’s Pikmin Adventure pays homage to the classic Nintendo series at every turn, starting with an impressive rendition of Olimar’s rocket ship crashing.  Equipped with a Buzzy Beetle shell helmet (or shelmet as we like to call it), Mario begins exploring the planet’s surface with Goombas serving as stand-ins for Pikmin. While still constrained by SMM2’s limited tools, this level does an excellent job of recreating the mood and gameplay of Pikmin. 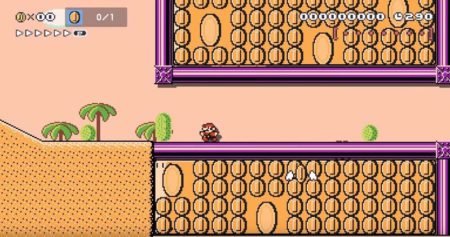 Multitap’s course Brother, Can You Spare A Coin? takes one of the core elements of Super Mario and flips it on its head. The stage has a pretty simple winning condition: Reach the goal after grabbing at least 1 Coin; this seems like an easy enough task until you realize that just about every coin in the level is either blocked off or guarded by some sort of level-design trickery. Playing through the entire course will have you ready to pull out your hair in a matter of minutes; however, persevere, and you’ll be rewarded for your suffering. 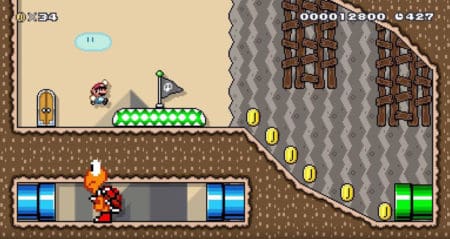 Arguably just as frustrating as water levels, escort missions have gotten a pretty bad reputation in video games for being annoying. However, Gabi’s course True Friendship provides a unique experience that explores unconventional uses for SMM2’s enemy AI. Playing as Mario involves solving simple puzzles for you and your new companion, a giant red Koopa, to progress through the course’s many obstacles. 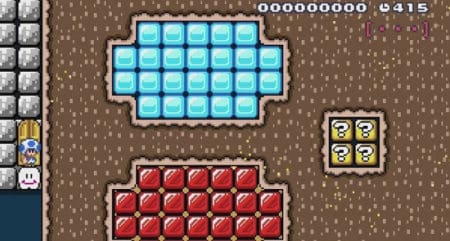 Fans of The Matrix or really anyone who spends enough time looking at memes will recognize the iconic “blue or red pill?” dilemma presented to Keanu Reeves’ character in the 1999 film present here as well. Mario_Lab’s course Welcome Neo is a reimagining of this scene using SMM2’s tools, presenting the player with the option to enter either a blue or red pipe. While each pipe leads to a similar-looking environment, the obstacles and enemies you’ll encounter are completely different, with both paths offering a high degree of difficulty. 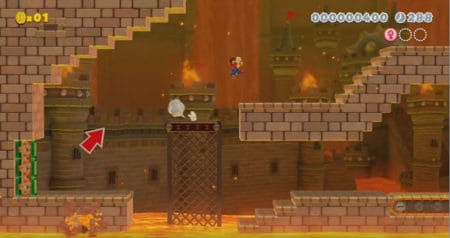 SnackerB’s course Mario’s Heist sees the retired Italian plumber having to make a quick escape after stealing Bowser’s stash of gold. Although this stage is littered with some cleverly-designed puzzles, rising lava and a plethora of enemies are the real challenges here. Additionally, the use of clear pipes in this level really ramps up the anxiety, forcing you to witness every near-death lava experience Mario encounters. 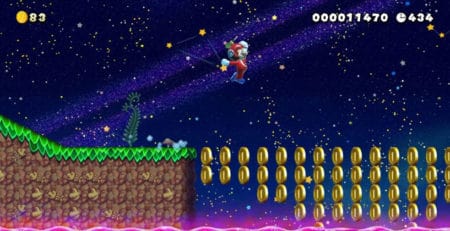 Lastly, GingerEd’s course Parallel Universe introduces alternate sub-worlds that require Mario to switch back and forth in order to solve puzzles and progress. A major portion of time you’ll be transforming solid blocks into coins and vice versa, with later sections requiring you to warp between worlds in order to obtain key items and power-ups. An outer space theme and unique gameplay premise make this level feel reminiscent of the Super Mario Galaxy games. 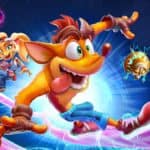