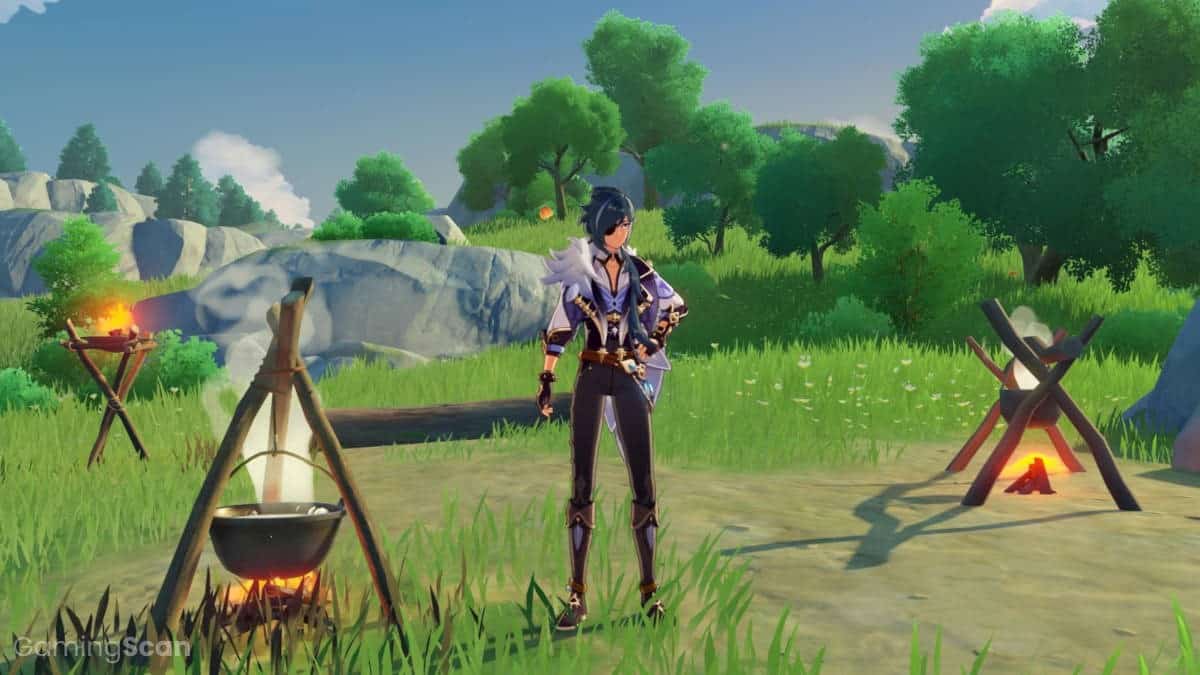 Cooking is the first of many mini-games you’ll encounter in Genshin Impact.

And it looks simple enough – you collect ingredients, pick out a recipe, and test your clicking reflexes to make a perfect dish.

Many ingredients can be found in the open world, such as apples that grow on trees or raw meat that can be obtained by killing boars. If you have trouble finding any such resource in the game you should refer to the official Interactive Map. However, some can be more elusive.

For example, ham does not appear in nature. To cook a dish that requires ham, you will first need to process it using raw meat and salt.

So, how do you go about doing this?

It’s very simple. Once you open the cooking menu, there will be two icons at the top of the screen – the first depicts a fork and knife, while the second appears to be two chili peppers.

Just click on the peppers and you will be taken from the cooking window into the processing window.

From here you will be able to create flour, cream, butter, ham, sugar, jam, cheese, etc.

Processing will take time, but you can process multiple ingredients at once.

Keep in mind, though, that some of the ingredients needed to process certain foods also aren’t found in nature. For example, you’ll need milk to get cream or salt to get ham. Stuff like salt and milk can only be bought from certain vendors at General Goods Shops.

If this sounds like a hassle and you don’t particularly care about cooking mini-games when you came here to play an Action RPG, you may very well decide that cooking (and by extension processing ingredients) simply isn’t worth doing.

But we’re here to tell you that every player should spend some time in the proverbial kitchen every now and again.

Well, there are actually three reasons for this, so let’s break them down.

The first reason is very simple: There is no passive health regeneration in Genshin Impact.

Moreover, there are only three ways to heal up – you can visit a Statue of the Seven, use a healer (Qiqi, Jean, Bennet, etc.), or eat food.

If you’re already running a healer in your active party then food becomes somewhat redundant, but still not entirely!

See, in addition to healing characters, you can use food to revive a downed party member. Certain characters like Barbara and Qiqi can bring characters back from 0 HP, but only once you max out their constellations and even then only once every 15 minutes. Meanwhile, you can use food to ensure your main DPS can still stay relevant even if the enemy happens to get the upper hand on them.

Furthermore, if your reputation with Mondstadt is at least at level 5, you’ll be able to craft the NRE Menu 30 gadget. This will let you consume food during combat by assigning it to a hotkey, thereby eliminating the need to navigate through any menus. So while healers can replace food to some extent, food can also replace healers anywhere outside the Spiral Abyss.

What’s more, certain dishes can be used to boost one or more of your stats. This includes, but is not limited to, CRIT Rate, ATK, DEF, Physical DMG, and so on. Food can also aid with exploration by slowing the rate at which you deplete Stamina or accumulate sheer cold in Dragonspine.

Once again, this doesn’t work inside the Spiral Abyss; no gadget does. But anywhere else is free game, even inside Domains. So if a certain Domain or enemy Boss is giving you trouble, you can improve your chances of beating it just by treating your party to a proper meal before heading off into combat.

There are a lot of achievements in Genshin Impact that are tied to cooking. Granted, achievement rewards an insignificant amount of Primogems individually, but completing all cooking achievements will really make the number stack up. This is one of the best ways to get Primogems as a F2P player.

So there you have it – a quick overview of how to process ingredients in Genshin Impact and why you should even bother to do so.

This is only one of the many confusing mechanics in Genshin Impact that can catch new players unaware. If you’re a beginner, we highly recommend checking out our Beginner’s Guide for Genshin Impact. Another very important piece of literature for new players is this article which will let you know how you can obtain the characters you want and how the gacha system works under the hood.

At the very least, you should check out the Character and Weapon Tier Lists to know where to spend your limited resources on. After all, resource management is the most important skill to have in this game.  We included all characters and weapons in these tier lists, including 3* ones, so that you can get maximum value even if you’re still a level 1 player going through the tutorials. 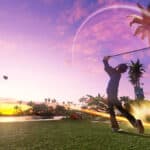