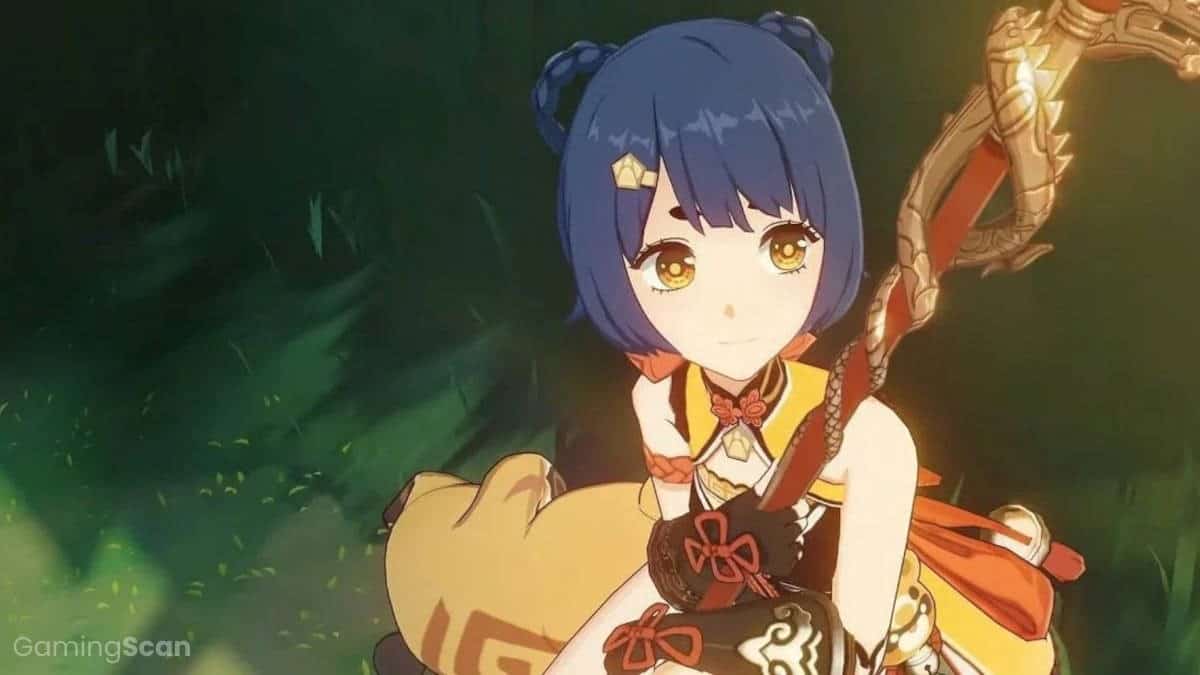 Xiangling is a 4* Pyro Polearm sub-DPS commonly regarded as one of the best units in the entire game.

She is one of the free characters that all players can unlock just by playing the game, but unlike all other free characters, she’s not subpar. In fact, she’s the opposite of that—she’s such an amazing character that we’ve placed her firmly in the S-Tier in our Genshin Impact Tier List, an honor rarely bestowed upon any 4* character, let alone a free one.

What makes her so useful is the ability to provide amazing utility through all of her abilities without needing to stay on the field. In addition to said utility, she also brings a metric ton of DMG with her.

In this guide, we’ll go over everything you need to know to play your Xiangling optimally.

So, without any further ado, let’s begin.

At its core, Xiangling’s kit is extremely simple—you switch to her, cast her Skill, cast her Burst, and switch to another character until her cooldowns refresh.

In a vacuum, she’s not even that great a character.

Her incredible strength, relative to other DPS characters, is a result of many small perks combined to make something greater than the sum of their parts.

For example, Xiangling has some highly impactful constellations, several artifact set bonuses that work wonders on her, and a plethora of weapon options that propel her to great heights. All of these perks will be discussed in their respective segments of the guide.

But there are two things unique to Xiangling’s Elemental Burst that the game doesn’t tell you about and that you should know if you want to maximize her DMG:

Because these terms probably mean nothing to you, let us explain.

Snapshotting refers to the characteristic of some (but not all) abilities to use the stats the character had upon casting the ability throughout its duration. In practice, this means that if you buff Xiangling and cast her Burst, the Burst will retain the benefits of the buff even after the buff expires. Likewise, if you cast her Burst and then buff Xiangling, the Burst will not get the benefits of the buff. So the sequence in which you cast abilities matters a lot.

ICD—short for Internal Cooldown—is a mechanic that dictates how frequently an ability can apply an Element onto an enemy. The standard ICD is either 2.5 seconds or 3 hits—whichever happens first. This means that most abilities in the game cannot apply an Element to an enemy every time they hit them.

We say most abilities because Xiangling’s Pyronado is the exception. For whatever reason, it has no ICD whatsoever! Knowing this allows you to pull off some crazy Elemental Reaction combos with Xiangling that no other character in the game can mimic.

Xiangling’s constellations start off poorly but build up to a powerful crescendo.

So while there’s little to no value in obtaining her C1, C2, and C5, you should still feel great about every Xiangling duplicate you get as these will get you that much closer to her amazing C3, C4, and C6.

F2P players looking to tackle the endgame will be well-rewarded for sniping Xiangling whenever she’s featured on a banner or purchasing her constellations in the Starglitter Shop.

Among the various artifact set bonuses that work great on Xiangling, the 4-piece Emblem of Severed Fate stands above the others as the most universally powerful one.

For endgame content relevancy, all you care about is buffing Xiangling’s Burst DMG and increasing its consistency—this set bonus accomplishes both.

In terms of main stats, Xiangling works best with an ATK% Sands, a Pyro DMG Goblet, and a CRIT Rate/CRIT DMG Logos.

In a Melt or Vaporize team that also features ways of buffing Xiangling’s ATK, you’ll get better results from an Elemental Mastery Sands.

And as for substats, the best ones you could get are CRIT Rate, CRIT DMG, Energy Recharge, and ATK%. Again, Elemental Mastery is also a great one to have, but only if you’re using Xiangling in a team built around proccing Elemental Reactions.

Although, if you’re running her in such a team, then you should also swap out the Emblem of Severed Fate set bonus for the 4-piece Crimson Witch of Flames. This artifact set greatly increases the potency of Melt and Vaporize Reactions, in addition to providing some extra Pyro DMG across the board.

Another solid option is the 4-piece Noblesse Oblige set bonus. This will sacrifice some of her personal DMG output in favor of buffing the rest of the team, putting her in a more supporting role.

The so-called National Team is one of the most powerful and well-accomplished team compositions in all of Genshin Impact, yet it consists entirely of 4* characters.

If you’re looking to make it far into the Spiral Abyss but you don’t have any of the top-tier 5* characters, this team will get you there.

Xiangling is here to cast her Burst and watch Elemental Reactions go off.

Bennett is the ATK buffer for the team. Make sure to Snapshot both Xiangling’s and Xingqiu’s Bursts for maximum effectiveness—this means casting Bennett’s Burst first and then casting their Bursts inside Bennett’s Burst. As the second Pyro character, her also unlocks the Pyro Resonance, increasing the ATK of all party members.

Xingqiu is here to provide the team with some off-field Hydro DMG for the sweet-sweet Vaporize Reactions.

Chongyun is technically the best candidate for the on-field Normal Attacker position in this team. That being said, this team is all about cycling through the Elemental Skills and Bursts of all party members whenever possible. Only perform Normal Attacks with Chongyun when everything else is on cooldown. If you have Raiden Shogun, you can use her instead of Chongyun for the so-called Raiden National Team—a greatly more powerful version of this already powerful team.

Xiangling’s role in this team is identical to her role in the National Team—she’s there to cast her Burst and watch big numbers pop.

Bennett is also here for the very same reason. However, if you don’t have Bennett, you can replace him with any Pyro character. Amber, Thoma, and Xinyan will do, although the best option will be Yanfei. While arguably not a F2P unit, Diluc works incredibly well in this team and many F2P players do begrudgingly have him.

Rosaria is here to provide some off-field Cryo DMG and share a portion of her CRIT Rate with the rest of the team. Kaeya is often presented as the best alternative for players who don’t have Rosaria, but since he’s already part of the team, the other two 4* options will have to do—this includes Chongyun and Diona. Diona is the perfect choice for teams that don’t have Bennett.

Kaeya is sometimes referred to as the discount Rosaria. He accomplishes the exact same role in this team, only without the CRIT Rate sharing. If the only character you don’t have for this team is Bennett, it’s better to swap Kaeya out for Diona than Rosaria.

Xiangling and Bennett don’t care whether they’re in a F2P team or a whale team—they do their job identically and provide amazing value in both instances.

Tartaglia, better known as Childe, is the on-field attacker in this team. In melee stance, his Hydro attacks are some of the fastest in all of Genshin Impact. Combined with the lack of ICD on Pyronado, this means Childe and Xiangling can Vaporize at a breakneck pace. Childe applies Hydro so quickly that he will often be the one to set up Elemental Reactions, rather than the one to proc them, technically making Xiangling the biggest DMG contributor in this team.

Kazuha is the team’s support. He’ll greatly buff the Elemental DMG output for the rest of the team thanks to both his kit and the 4-piece Viridescent Venerer set bonus.

Is Xiangling Worth It?

We end all our Genshin Impact character build guides by asking whether or not the character in question is worth investing resources into.

But this question seems silly in the context of this build guide.

Of course Xiangling is worth it.

She’s equally worth it for beginners and hardcore endgame players alike.

She’s so good that most players don’t ever replace her with any 5* character.

However, we should note that her usefulness is largely dependent on Bennett.

If you can’t run Xiangling and Bennett in the same team, her power-level drops significantly.

This isn’t an issue because Bennett is also an S-Tier unit used in many teams, but it’s something to keep in mind. 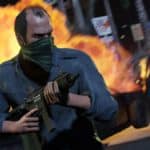