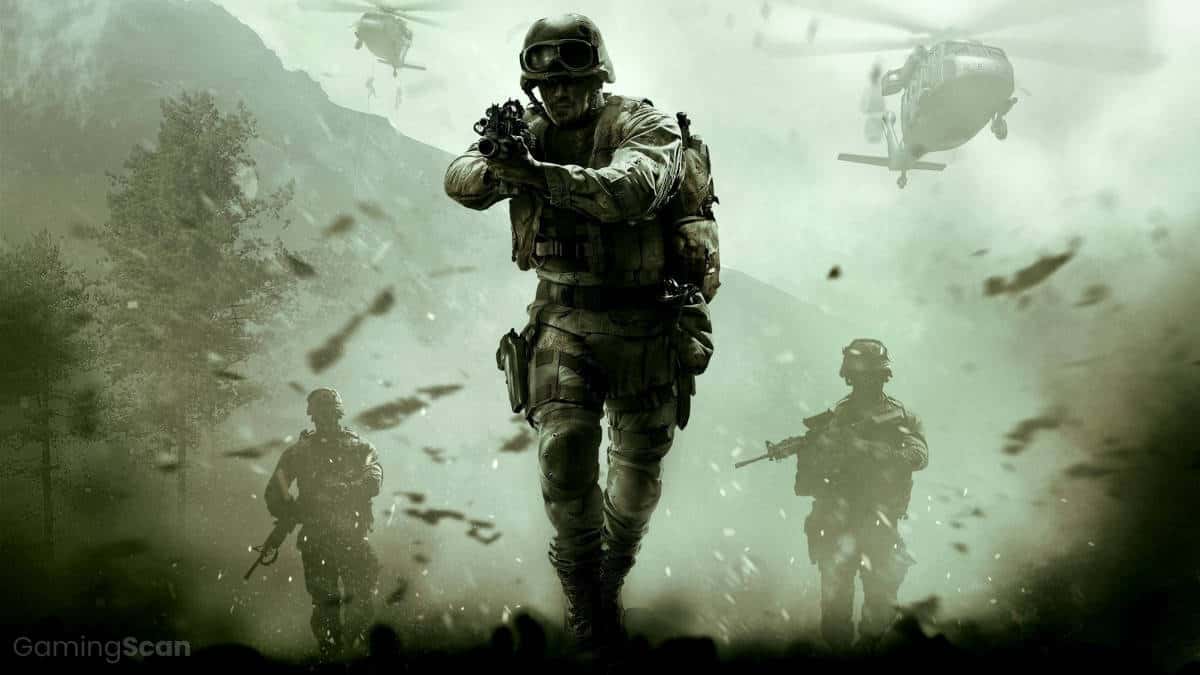 Call of Duty has become the template for first-person shooters, so much so that you would be hard-pressed to find one today that doesn’t try to mimic its control scheme.

However, its grip over the shooter space has begun loosening over the years, and today you can find tons of Call of Duty alternatives that offer refined gunplay, online matchmaking, and unique modes.

Considering the first Halo predates Call of Duty by about two years, it’s interesting to compare both franchises’ evolution throughout the years.

Much like its predecessors, Halo Infinite manages to stand out from other arena shooters by doubling down on weapon spawns, map size, and time-to-kill duration.

In the meantime, players can explore a growing list of PvP playlists where they can complete daily/weekly quests to earn XP and level up the battle pass to unlock rewards.

Now that Bungie’s gained total control over their space shooter MMO, we’re beginning to see the true vision they had in mind for Destiny 2 come to light.

The most significant changes are a switch to free-to-play and a restructuring of the game’s extensive content that lets players tackle the activities they find most enjoyable.

Like Call of Duty, there are various modes that allow you to team up with other players or go head-to-head in PvP.

Along the way, you unlock new gear, weapons, special abilities, and other upgrades that will bring you one step closer to defining your preferred playstyle.

If you enjoy Call of Duty’s cooperative game modes, then the Borderlands series is bound to scratch that itch for you and your squad.

You can’t really go wrong with any of the games in the franchise, though the most recent Borderlands 3 stands out as the most polished entry to date.

The game introduces new mission types, weapon mods, and loot adjustments that build off the previous games while addressing the issues with difficulty scaling found in its predecessors.

All in all, it’s the perfect kind of mindless action game fun for hanging out with friends in a voice call and demands little to no communication to come out victorious.

DOOM Eternal is another FPS that may appeal to COD fans and sees you exploring an array of hellish landscapes overflowing with demonic monsters just waiting to be blown to bits.

The sequel doubles down on its predecessor’s push-forward combat design while encouraging players to discover new tactics throughout its sandbox levels.

Like Call of Duty, environments are presented as massive jungle gyms with maze-like paths that let you snake around enemies until you can get the drop on them.

Combine this with a new grappling hook that adds a deeper layer to the game’s traversal system and overall improved player movement.

Despite having an art style tailored towards kids, Fortnite can feel just as challenging as Call of Duty, if not more due to the added layer of building mechanics.

While it may not be an FPS, there are many different weapons, modes, and cosmetic items to explore until you find a setup that works for you.

Additionally, since it’s primarily a battle royale, War Zone players will feel right at home dropping onto the map and gunning down opponents as they try to escape an ever-encroaching deadly storm.

The addition of Daily Challenges, a constantly shifting map, and countless crossovers with popular franchises has turned Fortnite into an all-encompassing free-to-play game that has something to offer for everyone.

Valorant borrows many of its ideas from popular shooters such as Overwatch, Counter-Strike, and Call of Duty while presenting its own unique combat flavor and diverse cast of playable characters.

Rounds follow the format of 5v5 tactical shooters, with players joining either Defending or Attacking sides to compete in objective-based rounds.

There are 15+ different heroes to play as, called Agents, all of which can be unlocked in-game and feature highly customizable loadouts.

If you feel like you’ve mastered all the ins and outs of Call of Duty, Valorant’s emphasis on catering to top-level players will provide you with a new competitive ladder to climb.

The first game we’ll be highlighting comes from former Call of Duty developer Respawn Entertainment and is the criminally underrated FPS Titanfall 2.

The game is an excellent showcase of Respawn’s unique approach to gun combat and also features one of the best traversal systems we’ve ever experienced in a first-person shooter of this kind.

The single-player campaign still holds up in 2022, and thanks to a resurgence in Titanfall popularity, you should have no problem finding matches online.

While the battle royale genre is a lot more diverse today, what with Fortnite, Call of Duty: War Zone, Apex Legends, and countless other games, at one point PUBG reigned supreme.

Although the game is still quite popular on console and PC, it was the free-to-play mobile version that really helped PUBG catapult to where it sits today.

This makes it a great alternative for anyone who’s sunk in hundreds of hours into Call of Duty Mobile and is looking for something new to dip their toes in.

Keep in mind, gunplay relies on projectile ballistics instead of hitscan, so aiming is a lot more demanding and skill-based than most of the weapons you wield in Call of Duty.

If you’re a fan of shooters, there’s a good chance you’ve already played Apex Legends at some point and had an opportunity to form your own opinion, considering it’s free-to-play across all platforms.

However, if you haven’t for some reason, or maybe it’s been a while, you may be surprised by how well the game’s come along since release, adapting many new features and introducing new modes and characters.

It’s another game made by Respawn, so there are some apparent similarities to Call of Duty, especially if you’re coming from another battle royale like War Zone.

Gunplay is a lot less twitchy and more methodical than COD, but not to the point of feeling like a tactical shooter where every shot counts, and the weapon and ability diversity makes for exciting matchups.

If you’re a fan of Call of Duty single-player campaigns, then you’ll likely enjoy playing through the Metro series of first-person shooters.

Based on Dmitry Glukhovsky’s novels, the series takes place in a post-apocalyptic world where survivors flee to underground bunkers to form new civilizations using the world’s metro tunnels.

However, the most recent entry switches things up by sending you back up to the surface to deal with new hazards and enemies scattered across the Russian Federation wasteland.

Keep in mind, Metro Exodus places a bigger emphasis on stealth and exploration than COD campaigns and doesn’t have any co-op or online multiplayer component.

If you enjoyed Call of Duty: WWII, then you’ll probably like Battlefield V‘s single-player campaign, which also takes place during the Second World War from the perspective of soldiers caught in the thick of it.

Battlefield games are known for their expansive multiplayer modes that cram up to 64 players in sprawling maps where separate small-scale skirmishes take precedence over giant team fights.

This makes for a more immersive experience with a lot more dynamic interactions; one second you’ll find yourself flanking enemy troops on the ground, the next you’re in a WWI fighter jet raining hellfire.

As a result, there’s a bit more strategy involved than your average Call of Duty, but fans of either franchise should have no problem finding their rhythm.

While it may be getting long in the tooth, Overwatch‘s unique blend of first-person shooter meets MOBA still makes for a satisfying gameplay loop in 2022.

Whereas Call of Duty is revered for its diverse weapon selection, Overwatch designates different classes with hyper-specialized abilities that allow players to hone in on a particular playstyle.

Both games also happen to feature an assortment of well-designed maps and modes that shape team fights and the pace of matches.

Considering Blizzard is currently working on a sequel, it may be better to hold off until Overwatch 2 releases, but if you’re still curious how the hero shooter holds up in 2022, why not give it a shot.

Since its release, Valve’s team-based FPS has gone on to become an esports staple and boasts one of the most competitive communities in gaming.

It’s no surprise CS:GO is so popular when you factor in it trims out all of the fat in Call of Duty, including double jumps, wall running, and the like.

What you’re left with is a refined, skill-focused shooter that’s well-supported with gameplay balances and regular content updates.

Rainbow Six Siege is Ubisoft’s critically-acclaimed FPS and has seen a surge in popularity ever since shifting to a more live service model with rolling updates.

It sees two teams competing, with the terrorists playing defense and the counter-terrorists attempting to infiltrate their territory and take everyone out.

The game has built a strong foundation that encompasses several game modes, a host of Operator classes, and intricately designed maps that can be a joy to explore.

Considering the game is constantly evolving, it’s worth checking out from season to season to discover new Operators, weapons, maps, and in-game events. 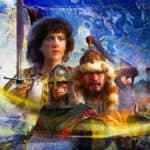