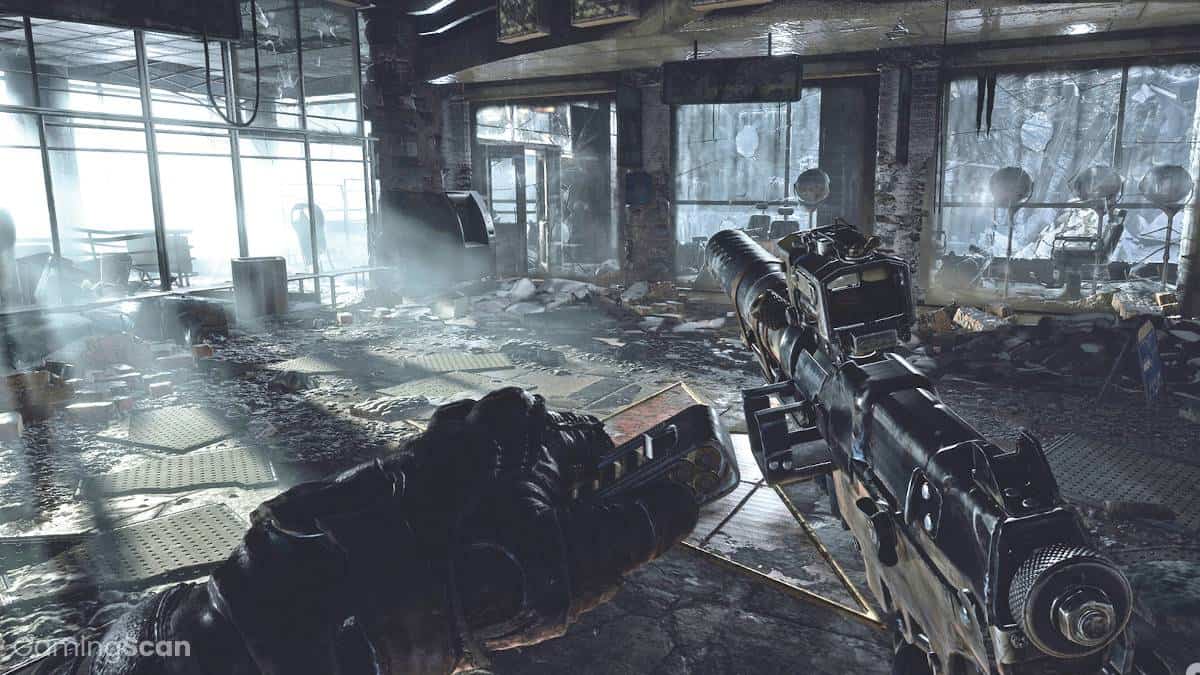 Metro is a relatively young video game franchise that made its debut in 2010 with Metro 2033, based on the Dmitry Glukhovsky novel of the same name.

It takes place in post-apocalyptic Russia and was released soon after S.T.A.L.K.E.R.: Call of Pripyat, and many parallels were drawn between it and the franchise that popularized this type of setting.

Granted, the original Metro 2033 is the most similar game to S.T.A.L.K.E.R. among the bunch, but even this one does some things differently.

In this game list, we’ll be going over the three games that compose the Metro video game universe so far! We’ve listed them in chronological order and added an overview of each one.

We keep these lists updated, so check back from time to time because we’ll add more titles as they come out. 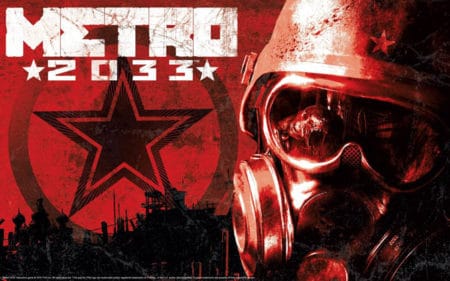 As mentioned in the introduction, the original game, Metro 2033, came out in 2010 and was based mainly on Glukhovsky’s novel of the same name.

It put the player in the shoes of Artyom, a semi-silent protagonist, one of the many dwellers of the Moscow Metro, which was transformed into a subterranean city and a (relatively) safe haven after the surface world was destroyed in nuclear fire.

The game doesn’t waste much time introducing the player to the unforgiving underground world, including the brand new threat posed by the so-called Dark Ones, a new breed of mutants with mysterious psychic abilities who threaten humanity.

After Hunter, Artyom’s friend and role model, goes missing, it’s up to him to make his way to the Spartan Order and put an end to this threat. The game has a good and a bad ending, and which ending the player gets is determined by the array of decisions that they have to make throughout the game.

Now, the original game does feature gameplay somewhat similar to that of S.T.A.L.K.E.R., combining action, stealth and survival into one dynamic gameplay experience. It is, however, more claustrophobic, and it doesn’t include as many RPG elements as the S.T.A.L.K.E.R. games do.

Throughout the game, the player will have a relatively expansive arsenal of up to three customizable firearms, including a revolver, an automatic weapon and a special slot reserved for shotguns and noiseless pneumatic weapons.

On top of that, there’s the trusty combat knife, throwing knives and thrown explosives. Still, ammo is hardly plentiful, and the player is encouraged to make use of stealth when facing human enemies, especially on greater difficulties.

As for survival elements, the player has to watch out for two things: ammo and gas mask filters. Military-grade ammo can cause extra damage when used with automatic weapons. Still, it’s also the primary form of currency in the Metro, and there’s only so much of it that the player can find in a single playthrough.

Meanwhile, the fragile gas mask is the thin plastic line between Artyom and death in irradiated areas of the Metro and the surface world, and to function, it needs filters. And much like ammo, there are only so many of them that can be found in the world.

The original Metro 2033 was released for Windows and the Xbox 360 in 2010, but a remastered version, Metro 2033 Redux, was released in 2014, and it brought the game to a broader range of platforms. These included the Xbox One, the PlayStation 4, OS X, Linux and Windows. Redux brought enhanced graphics, but it also changed the gameplay, limiting the player to using only two weapons at a time, reflecting the changes that were introduced in the second game. 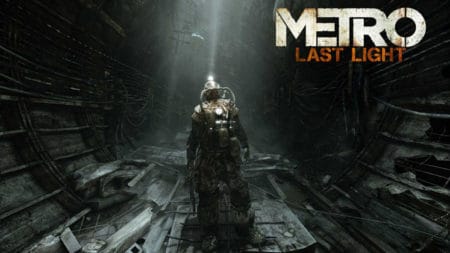 After the success of the first game, developers didn’t take too long to release a sequel, and so Metro: Last Light came out in 2013.

Last Light was a direct continuation of the previous game’s story, where the player once again assumed the role of Artyom — now a full-fledged Spartan ranger — who is tasked with finding and eliminating the last Dark One, who had somehow survived the nuclear missiles that rained down on its kind in the original game’s canon “bad” ending.

Now, Last Light introduces some significant changes and differs from Metro 2033 in several ways. Mainly, it is more focused on action and spectacle than on the slow-paced, survival-oriented experience that was the first game.

The player is restricted to using only two weapons while the knife and thrown weapons are relegated to hotkeys, a decision made to make the game more fluid when played with a controller.

Last Light cast a wider net than 2033 did, which reflects on the velocity and the straightforward plot. It’s more Hollywood-y, lacking that particular grit which made 2033 stand out.

Of course, it’s not all bad. Last Light also introduced a selection of new weapons, which is always a welcome change, and it’s still a fun and engaging experience. But apart from that and the aforementioned streamlining, there were no significant changes. The currency system, the stealth and the moral decisions remain in the game and work more or less the same. 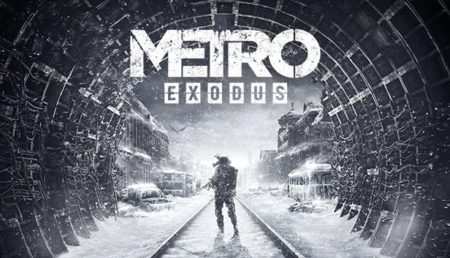 The third and newest game in the franchise, Metro Exodus, was released in February 2019, and it was the biggest, best-looking Metro game yet. But how was the rest of the game like?

Much like Last Light, it was a direct continuation of the previous game, albeit with a big twist. After a brief introduction, Artyom discovers that the world was not actually destroyed in the nuclear war, that people around the world are still alive, and that there was still much habitable land out there.

The game follows him and a small group of his Spartan comrades as they escape the Metro and set on their country-spanning trip in an attempt at figuring out what was truly going on outside the confines of Moscow.

The gameplay is more or less identical to that of Last Light, though Exodus places a greater accent on survival elements, crafting and weapon customization this time around. More importantly, it features several large open levels that contrast the claustrophobia of the Moscow Metro and the ruins of Russia’s irradiated capital.

This includes the bleak banks of the Volga river where the player encounters a technophobic religious cult, the basin of the evaporated Caspian Sea, which looks like something straight out of Mad Max and the Siberian wilderness inhabited by the mysterious “Children of the Forest.”

Along with some smaller levels in between, this provides Metro Exodus with some diversity that many felt was a very welcome change from the familiar environments of Moscow and its Metro.

In any case, Metro Exodus makes for a very colorful ride. However, the developers once again appear to favor spectacle over the atmosphere and tension that made the original Metro so appealing. Ultimately, it feels like an expanded, better-looking Last Light, which may be a good or a bad thing based on what part of the franchise you got originally into.

The game was released in February 2019 for the PlayStation 4, the Xbox One and Windows. 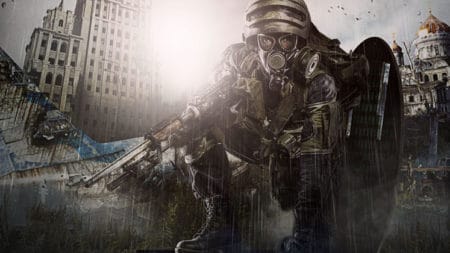 And that would be all the Metro games released so far! Understandably, since the last game virtually just came out, the devs haven’t yet commented on any further plans for the franchise.

Still, considering how well Exodus has sold, it’s unlikely that the series will be coming to a close any time soon. 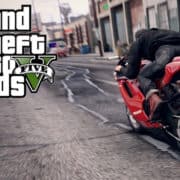