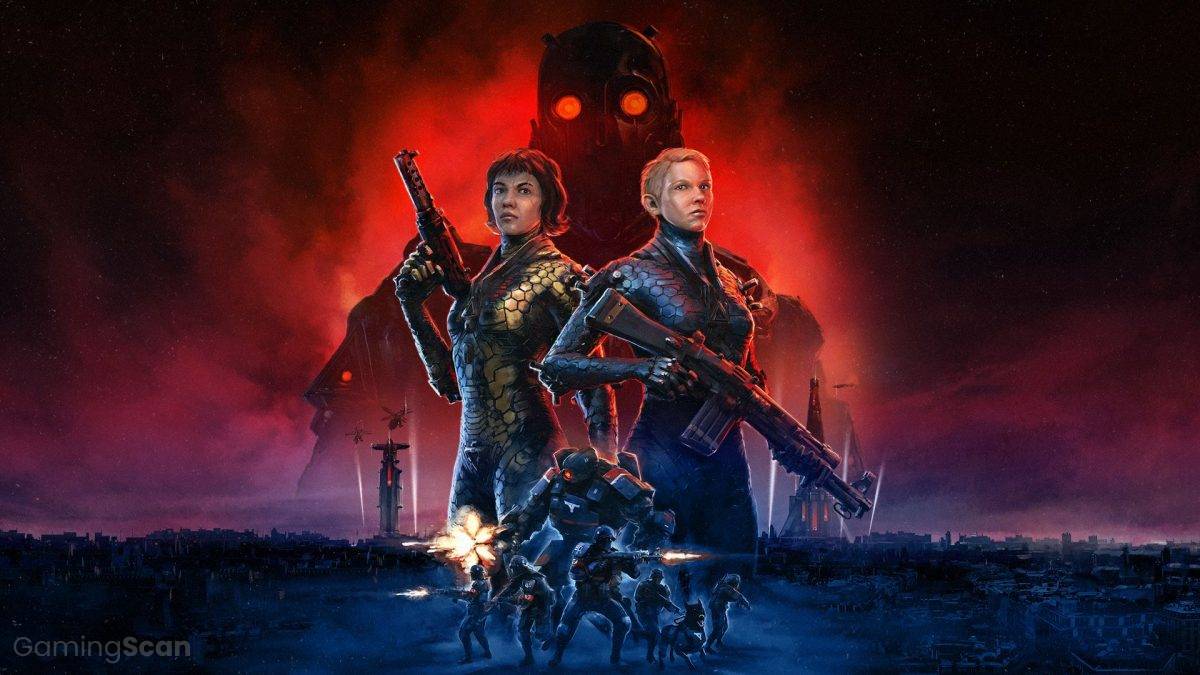 More recently, however, Wolfenstein has made a bit of a comeback with some great new releases such as Wolfenstein: The New Order (2014) and Wolfenstein II: The New Colossus (2017), which breathed new life into this seemingly forgotten franchise and brought it to modern platforms.

But there are quite a few more Wolfenstein games out there, and the series itself spans a total of four decades at this point!

What started as an obscure 8-bit top-down stealth game in the early 80s became one of the first and most significant FPS games that set the foundation for the modern Wolfenstein franchise and for the FPS genre as a whole.

That said, the series had evidently changed and evolved over the years, and in this article, we’ll be going over all the Wolfenstein games released to date, providing a brief overview of each one. 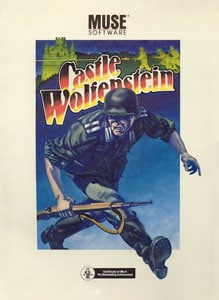 Chances are, you haven’t even heard of the original Wolfenstein game, seeing as most of us were introduced to the franchise either through Wolfenstein 3D or Return to Castle Wolfenstein.

Well, the first-ever Wolfenstein title is “Castle Wolfenstein” from 1981, and it is an 8-bit stealth game that has the player exploring the many chambers of the titular castle while stealthily making their way past the Nazi soldiers who guard it.

Of course, combat is an option, too, but with resilient enemies and limited supplies, the player is encouraged to do their best to avoid confrontations whenever possible.

Despite being downright primitive and unremarkable by today’s standards, Castle Wolfenstein was an interesting title back in the ‘80s, seeing as stealth games were only in their inception. This helped Castle Wolfenstein stand out somewhat, though obviously, this wasn’t the game that would ultimately make the franchise famous. 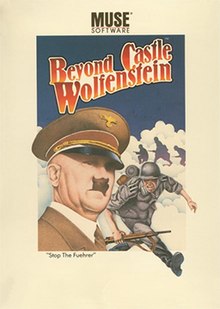 Released about three years after the first game, Beyond Castle Wolfenstein implemented some minor improvements and refined the gameplay mechanics of its predecessor.

It added a dagger as an option for quietly eliminating enemies and by implementing a pass system that made it more difficult for the player to impersonate Nazi guards.

Still, the sequel never really attracted that much attention, and it would only be with the next game developed by id Software that Wolfenstein would start becoming as we know it today. 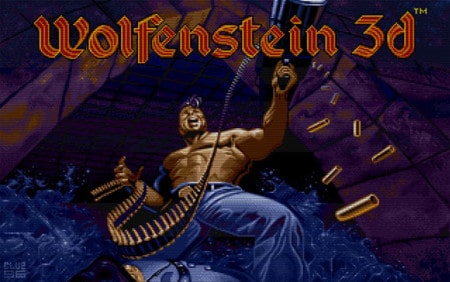 While Wolfenstein 3D was by no means the first first-person shooter ever made, it was definitely one of the key games that helped popularize the genre and open the door for more advanced FPS titles such as id Software’s own Doom and many others that would follow.

Obviously, Wolfenstein 3D had kept the setting and the atmosphere of the earlier games, taking place in underground bunkers and buildings filled with Nazi soldiers. Only this time, the player didn’t have to sneak around, but would instead be taking the enemies head-on Rambo-style with no regard for stealth.

The game features large grid-based levels that encouraged exploration, but due to the primitive software and the limited hardware power of the early ‘90s computers, there aren’t that many details, and the maze-like design of the levels could get tiresome after a while.

Of course, seeing as this is the “grandfather of 3D shooters”, this is all more than understandable.

The game was met with a very favorable reception, and its popularity exploded within the first month of its release. However, it would ultimately end up being shelved for almost a decade as id Software went on to experiment and innovate further with Doom and Quake. These games allowed for a greater degree of creative freedom than Wolfenstein’s WW2-era setting.

The game was originally released for DOS but was also ported to a wide variety of computers and consoles from the ‘90s, so we feel there is really no need to list all of those. If you want to try out Wolfenstein 3D, you can play it online or with the help of an emulator on your PC.

The year 2001 brought us a long-awaited return to Wolfenstein with… well, Return to Castle Wolfenstein.

Developed by Gray Matter Interactive under the supervision of id Software, the game was built using the id Tech 3 engine like many other notable titles from this era, including Quake III: Arena, Star Wars Jedi Knight II: Jedi Outcast, and the original Call of Duty.

Unlike Wolfenstein 3D, Return to Castle Wolfenstein had numerous successful FPS games to draw inspiration from, so it was much more complex than its predecessor from both a technical and from a gameplay standpoint.

Gameplay-wise, the game plays pretty much exactly as you’d expect a 2001 FPS title to play, featuring over a dozen weapons with different strengths and weaknesses, some based on actual WW2-era weapons and some completely fictional.

Apart from that, Return to Castle Wolfenstein also features stealth mechanics, with some missions that are focused entirely on stealth.

Overall, Return to Castle Wolfenstein is one of the best games in the franchise, and it has aged quite well, too, so it’s definitely worth trying out if you’ve never played it.

The next Wolfenstein game was Wolfenstein: Enemy Territory, an open-source free-to-play multiplayer game.

It was originally supposed to be a full-fledged expansion for Return to Castle Wolfenstein; however, the single-player campaign was never completed, and the multiplayer mode was instead made available for free.

Upon release, the game came with a total of six maps, and the two teams (Allies and Axis) assume either offensive or defensive positions on each map.

The attacking team is required to complete a set of objectives before the timer runs out to win. In contrast, the defending team only has to prevent the attackers from completing said objectives, along with potentially completing some optional objectives themselves.

Enemy Territory received very favorable reviews, and it even spawned a spiritual sequel titled Enemy Territory: Quake Wars, which, obviously, used Quake as its thematic backdrop instead of Wolfenstein.

However, the gameplay still remained more similar to Wolfenstein and other objective-based multiplayer games than to Quake. 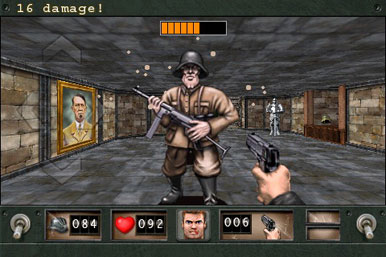 After another long break, Wolfenstein RPG was released. This mobile game was much slower-paced, and it features turn-based combat, but since it is an RPG, it also placed a lot of stock into the story and encouraged exploration.

Seeing as it was released back in 2008, when seeing the words “mobile game” and “good” in the same sentence wasn’t as rare of an occurrence as it is today, Wolfenstein RPG actually received very favorable reviews, even though it was really different from what the fans of the series were used to at the time of its release. 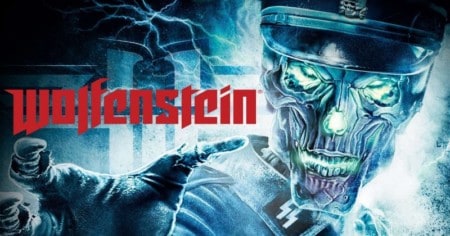 The next major Wolfenstein game came out in 2009, and it was simply titled “Wolfenstein,” even though it was a sequel to Return to Castle Wolfenstein.

This game was something of a mixed bag, as it was in development for years, and it was also the first Wolfenstein game to focus on consoles as the primary platforms, rather than on PC, so it was designed to be more controller-friendly.

While it was a decent game in its own right, the 2009 Wolfenstein ended up being quite unremarkable when it came to the franchise as a whole, with reviews that went from mediocre to above average, and it was far from a commercial success. 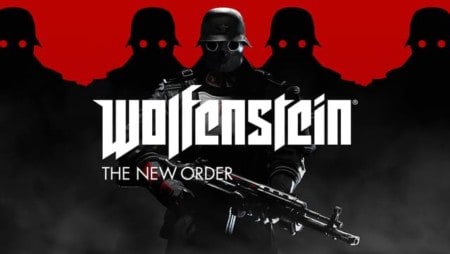 After the commercial failure of Wolfenstein 2009, the IP was acquired by Bethesda, and 2014 saw the release of a game that was something of a renaissance for the series – Wolfenstein: The New Order.

The New Order did several things right; mainly, it did a good job of finding a compromise between “new and old” when it came to FPS gameplay mechanics.

It is faced-paced, has health and armor meters, health regenerates only partially, and the player can carry several weapons, all of which are reminiscent of old-school shooters. However, the player is also more vulnerable to damage and encourages them to utilize cover against firearm-equipped enemies.

The New Order received an expansion a year after its release titled “Wolfenstein: The Old Blood.” As the name might suggest, it is a prequel to the base game, so it mainly expands upon the story, all the while delivering more levels and gameplay content while keeping the fundamentals largely unchanged.

All in all, The New Order and its expansion not only offer a fairly interesting narrative with generally well-written characters, but more importantly, this game marked a new era for Wolfenstein by introducing a rather unique and fresh approach to gameplay design that is immersive, visceral, and highly addictive.

Sure enough, given its huge success and popularity, The New Order received a proper sequel three years later, and it was Wolfenstein II: The New Colossus.

As sequels usually do, The New Colossus was built on the foundation of its predecessor while introducing smaller alterations and refinements to the gameplay formula.

That said, it mostly plays similarly to the previous game, making use of all of the previously mentioned elements that allow for that modern yet old-school feel. And much like the previous game, The New Colossus places a greater emphasis on the characters and the narrative, which is also something it was praised for.

The New Colossus didn’t receive a full-fledged expansion like its predecessor did, but it did receive a three-part DLC titled “The Freedom Chronicles” that adds hours of extra story and gameplay content.

Ultimately, Wolfenstein II: The New Colossus was everything that a sequel should be, capitalizing on the strengths of its predecessor while presenting a refreshed and refined experience that could very well be the best Wolfenstein game to date.

Following The New Colossus, we have Wolfenstein: Youngblood, which ended up being a rather lukewarm experience after the previous two games.

Youngblood features two protagonists and introduces co-op play, along with some light RPG elements that provide an extra degree of customization.

The gameplay formula of the earlier games is still there; however, the game suffers from lackluster characterization and a bland story that doesn’t live up to what the New Order and The New Colossus had to offer.

Ultimately, Youngblood is something of a plateau for the “new” Wolfenstein. It received largely mixed reviews.

The plot and presentation weren’t as good as those of the previous two games, all the while there were no major innovations added to the existing gameplay formula, thus making it grow a bit stale, as good as it may be at its core.

From a narrative standpoint, it was a prequel and an independent optional story that supplemented the main storyline of Youngblood, but it was also designed specifically for VR. Sadly, much like Youngblood, it was met with mixed reception.

We’ll update the article as new games come out, so be sure to revisit this list from time to time if you’re a fan of the Wolfenstein games. 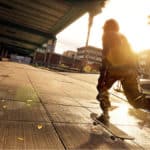