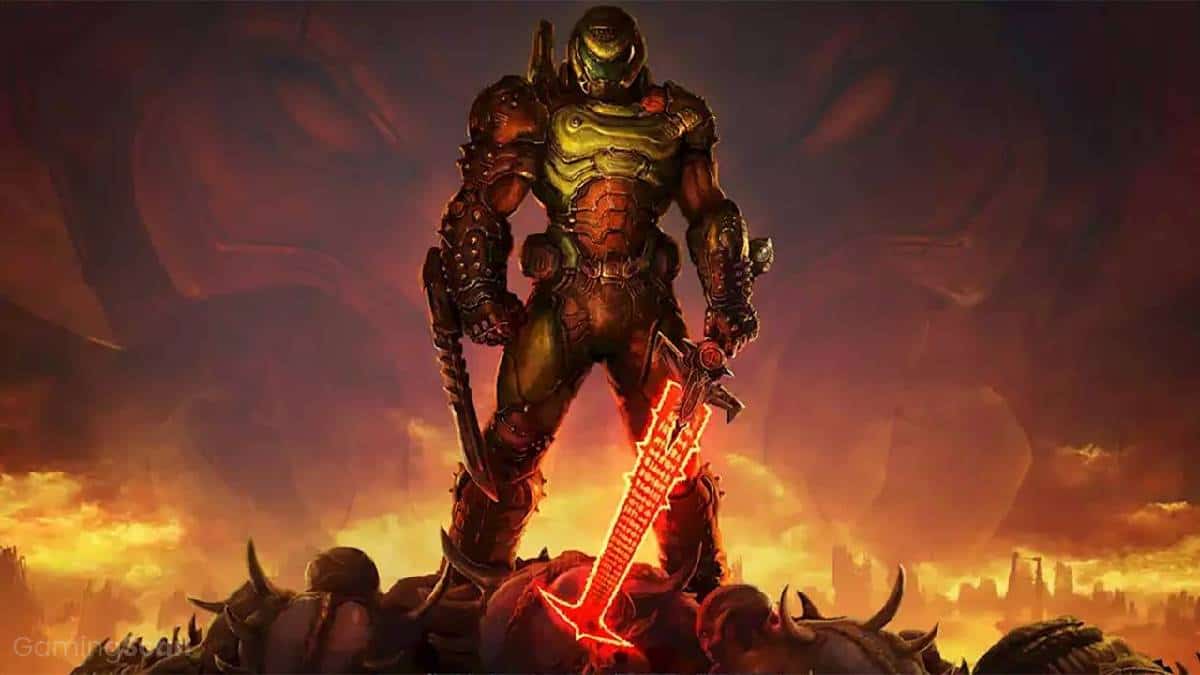 Doom is, without a doubt, one of the most iconic video game franchises of all time.

Along with Wolfenstein and Quake, the original Doom was one of id Software’s most influential games. And, as it usually goes with successful titles, it grew to span over a dozen games across a variety of platforms over the years.

In this list, we’ll be listing all Doom games ever made and providing a brief overview of each one. 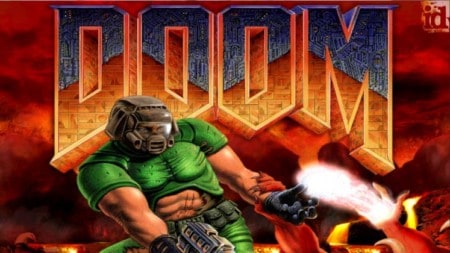 First up, we have the original Doom that set the foundation for all the other games to come. It had a lot in common with Wolfenstein 3D, as these were the two id Software games that helped define the modern FPS genre.

The game doesn’t offer much in terms of plot. Basically, the player takes control of an unnamed protagonist—a U.S. marine who would come to be known as the iconic Doomguy—and is pushed head-first into the action, taking on a demonic invasion of Mars with nothing but a handgun.

Though it may seem very rudimentary by today’s standards, Doom was quite a technical marvel back in 1993. It featured 3D environments that were more advanced and varied than those of its predecessor, Wolfenstein 3D, which contributed in no small part to its success.

Meanwhile, the graphic content, the Satanic imagery, and high levels of gore helped the game catch a fair share of flak and become one of the most controversial games in history, putting it in the same league as Mortal Kombat, GTA, and some others.

The original Doom is also available on more platforms than any other Doom game that came afterward, as it was ported to several video game consoles from the 90s. Later on, it was brought to the Xbox 360, the iOS and Android mobile operating systems, and, most recently, the 8th generation consoles. 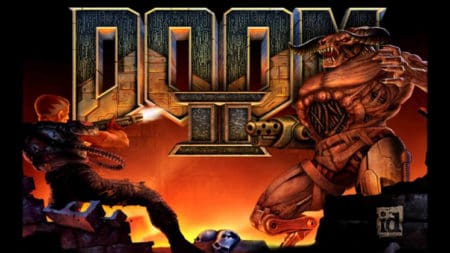 Next, we have the sequel to the original Doom, known as Doom II or Doom II: Hell on Earth. It expanded and improved upon the foundation set by the first game in a number of ways and, naturally, it was no stranger to controversy either.

As the title of the game implies, the events of the second game take place on Earth rather than Mars. Just like the first game, Doom II isn’t exactly a plot-heavy game, and it only offers a basic premise like its predecessor.

On the gameplay front, Doom II plays more or less the same as the original. There are no major changes to the game’s mechanics, and only one new weapon was added, the iconic Super shotgun. However, Doom II did also add a range of interesting new enemies that help distinguish the sequel from the original.

Just like Doom, Doom II was released first for the MS-DOS, but it wasn’t ported to as many different devices as the original. It was ported to the GBA in the early 2000s, and then it was brought to the Xbox 360, and finally to the 8th generation consoles, as well as iOS and Android smartphones. 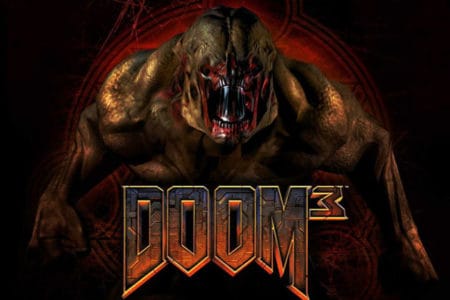 Ten years after Doom II, another Doom game was finally released – Doom 3. Having come out in the early 2000s, this game put a lot of stock in high-resolution graphics and detailed 3D environments. However, it also presented a change of pace that not everyone appreciated.

The story, while still not the primary focus of the game, is given way more spotlight than in the prior two games. Thanks to technological advances, Doom 3 could finally present players with a real storyline and real characters. Technically, Doom 3 is something of a reimagining of the original Doom, as it explores the events that led to the signature demonic invasion on Mars.

Doom 3 also gravitated more towards building a tense horror atmosphere rather than simply throwing the player into a gory shooting gallery, and this reflects on the gameplay.

Namely, the game is slower, more methodical, and more difficult. Infamously, most of the levels are very dark, requiring the player to make thorough use of a handheld flashlight, which could not be combined with other weapons.

Nonetheless, the game was met with generally positive reviews, though it is far from being among the more popular and influential entries in the franchise. It was initially released for Windows, but it was also subsequently ported to Linux, Mac OS and the original Xbox. 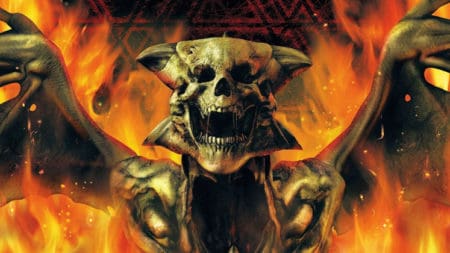 Doom 3: Resurrection of Evil was released soon after Doom 3 as an expansion for the base game on Windows and Linux and as a standalone expansion for the Xbox. That said, it doesn’t differ much from Doom 3 when it comes to the graphics or the gameplay, but it does give us some refreshing additions.

The story still follows the new take on the Mars invasion previously seen in Doom 3, but the pace of the game picks up—levels are no longer as dark, and the game is generally faster-paced and more exciting to play compared to its predecessor.

The only concrete changes made to the game have to do with the weapons arsenal and the addition of some new enemies that weren’t present in the base game. As far as the weapons are concerned, the most notable addition is the Grabber, a weapon similar to the iconic Gravity Gun from Half-Life 2.

Just like the base game, Resurrection of Evil was released for Windows, Linux, and the original Xbox, though it was never ported to Mac OS. 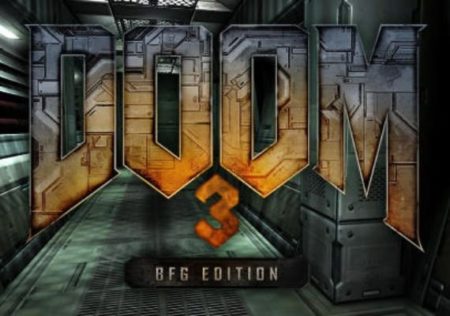 BFG Edition features updated graphics for Doom 3 and its expansion, and it also includes the first two games as a bonus. More importantly, it fixes some issues with the original version of Doom 3 and also includes some extra content.

On top of that, it added an armor-mounted flashlight, which solved one of the main problems that players had with Doom 3. 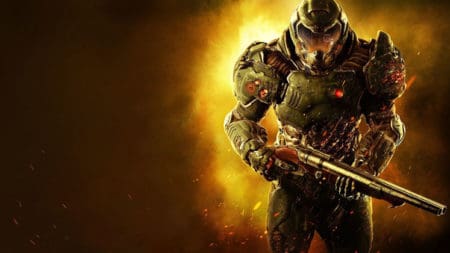 While Doom 3 tried out a slower and more realistic approach, the 2016 reboot did the exact opposite—it embraced the fast-paced, action-oriented gameplay of the original, and the execution is nothing short of marvelous.

The game takes place on Mars once again, putting the player in the combat boots of a new incarnation of Doomguy, who is now elevated to the mythical status of “Doom Slayer,” awakened from slumber to stop—you guessed it—a demonic invasion of Mars.

The game features a varied selection of weapons, power-ups, lots of diverse enemies, graphic “glory kill” finishers, as well as plenty of verticality and mobility. All of this comes together to make the 2016 incarnation of Doom one of the best single-player FPS games ever made.

The game was originally released for Windows, the PS4 and the Xbox One, but it was also brought to the Nintendo Switch in 2017. 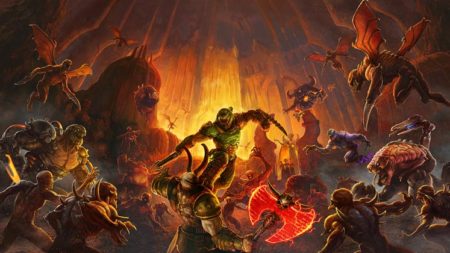 Lastly, we have the latest entry in the franchise that launched in 2020: Doom Eternal.

Doom Eternal is a continuation of 2016 Doom‘s story, and it has the player assuming the role of the Doom Slayer once again. However, in contrast to the highly minimalistic approach to storytelling in Doom 2016, Eternal tells its story in a more conventional and straightforward manner.

While not everyone (ourselves included) was a fan of how Doom Eternal presented the story it wanted to tell, the gameplay execution was still spot-on and even better than its predecessor in a number of respects, which is the game’s main selling point.

Doom Eternal places an even greater emphasis on movement this time around, so if you think that Doom 2016 was fast, Doom Eternal is even faster. Most of the weapons from the previous game make a comeback, though they are tweaked and re-skinned, and the overall gameplay formula is highly focused, tense, and unforgiving.

You can read our full review of Doom Eternal here. The game is, naturally, available for the PlayStation 4, the Xbox One, and the PC, and it was also released for Google’s Stadia platform. A Switch version is in the works, although no concrete release date has been set yet.

Final Doom is based on Doom II, featuring the same graphics, weapons and enemies. It consists of two level packs titled TNT: Evilution and The Plutonia Experiment, so it’s essentially a standalone expansion for Doom II.

In addition to the MS-DOS and the Mac OS releases, Final Doom was also brought to the original PlayStation, though the console version of the game was slightly altered when it comes to the difficulty. 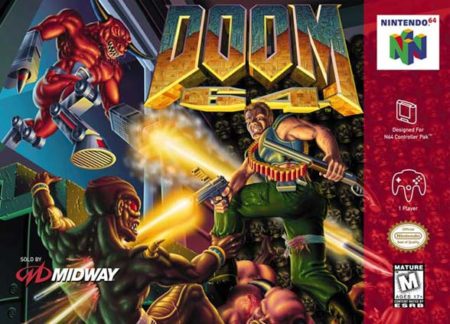 Originally released exclusively for the Nintendo 64, as the title implies, Doom 64 was essentially a non-canon sequel to Doom II until Doom Eternal pretty much confirmed it as a canon entry in the series.

It was largely overlooked back in the 90s since it was bound to the Nintendo 64, whose infamous controller was hardly ideal for FPS games, especially fast-paced ones like Doom.

As for Doom 64 specifically, it had an overall darker tone, a soundtrack that focused more on enhancing the atmosphere to the point where the game almost felt as if it were a horror title at times, and all of the enemies received unique new sprites.

It was ported and released for 8th generation consoles and PC in March 2020, just before the launch of Doom Eternal. The port was included for free for those who pre-ordered Doom Eternal, and it even features an extra chapter. 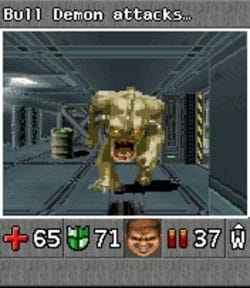 Yes, as unusual as it sounds, there was a Doom RPG game released for Java and Symbian phones back in 2005. The story is based on the events seen in Doom 3, but as can be inferred from the title, the game is a turn-based RPG rather than a first-person shooter. 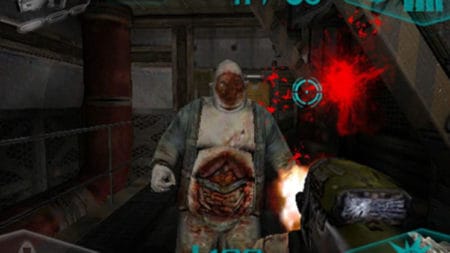 Another Doom mobile game titled Doom Resurrection came to iOS a few years later. Unlike Doom RPG, it featured real-time FPS action, though it was still based on the plot from Doom 3.

A sequel to the original Doom RPG, Doom II RPG doesn’t fundamentally differ much from its predecessor, though it was brought to a wider range of mobile platforms, including not only Java but also BlackBerry, Windows Mobile and iOS. 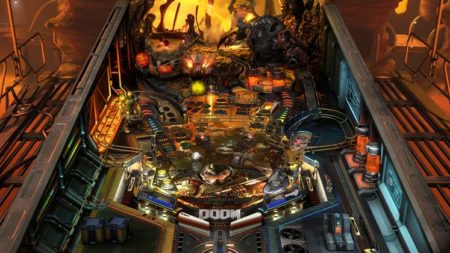 Released in late 2016, Doom Pinball is just what the name implies — a Doom-themed pinball game heavily inspired by the 2016 reboot of Doom that had launched earlier that year.

Finally, we have Doom VFR, a VR game inspired by the 2016 Doom. Sadly, the game was met with mixed reception, mainly due to the fact that the fast-paced gameplay of Doom 2016 did not translate all that well to VR.

And those would be all the Doom games released so far!

We’ll make sure to update this list as more Doom games are released, so be sure to check back from time to time. 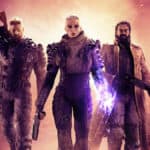