While routers, in general, can be notoriously finicky, you have a lot more to gain from purchasing this router than you have to use. It’s both inexpensive and packed with useful features, and in the vast majority of cases, it does its job well. It’s a good router for gaming, too, and it’ll support several family members gaming at once, too.

In this review, we’ll be looking at the TP-LINK AC1750, a smart wi-fi router that’s packed full of useful features. As our technology continues to grow and change, even our wi-fi routers, once delegated only to spreading wireless signals, can do so much more.

If you’re looking for a router that can do much more than simply project a signal, this should be an option on your list. In the sections below, we’ll go over the benefits and drawbacks of using this type of router, all of the extra things it can do, and whether we believe it’s worth buying. Read on to learn more! 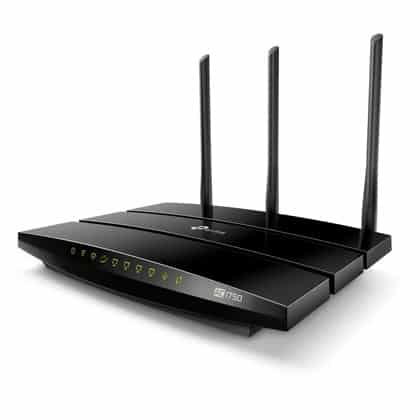 The TP-Link AC1750 is an excellent example of affordable, yet smart and cutting-edge router technology. If you can find this router on sale, it starts around only $60, and it tops out around $80. While you can get cheap routers for less, you don’t see too many quality smart routers for a cheaper price.

Keep in mind that this router is advertised to support up to 1300 Mbps, too. That’s Gigabit internet speeds over wi-fi. While gigabit wi-fi speeds are becoming more common over time, wi-fi speeds still lag behind Ethernet in terms of raw output. This router narrows the gap that much more, though.

As far as wireless functionality goes, this is your standard plug-and-play router. It’s easy to set up, comes with industry-standard dual-band signals, and looks alarmingly like a spaceship. While we’re a bit disappointed that the antennas on the back aren’t removable or replaceable, that’s more or less par for the course among similar routers.

One convenient thing to note about this router is its setup method. Instead of using a CD or other installation media to set it up, this router uses a web-based setup instead. This makes it incredibly easy to set up and maintain – you never need to worry about losing the installation media.

According to this router’s documentation, it can support up to 2,500 square feet. This will be more than enough to cover most small to mid-sized homes. Some larger homes might need an extender or two, however. 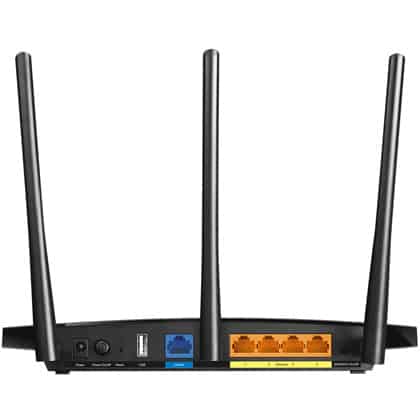 While this router is pretty standard as far as form and function go, what really sets it apart is its smart features. For one, this router has an onboard USB port complete with media-sharing features. This isn’t an extra you won’t see among too many smart routers, especially in this price range. The onboard USB port can be used for minor storage, sharing media with everyone on the network or through an FTP server.

Another useful feature that this router employs is the TP-Link Tether App. This app lets you manage your router and your network remotely from your Android or iOS smartphone. In theory, you could even disable or change the password on your wi-fi network while halfway across the world. Talk about a great way to mess with your housemates!

Yet another convenient feature of this router is another guest function. Instead of a password, you can generate a QR code for this router that, when scanned, will allow guest devices to access the network. You can even print out this code and keep it handy for friends and family to use when they come over. 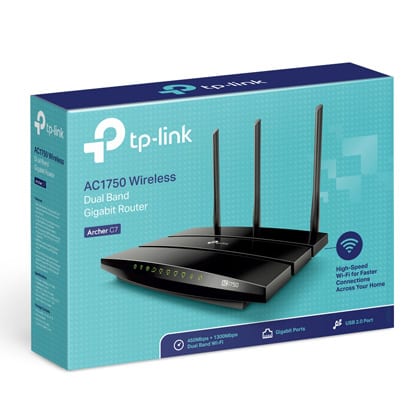 As with any product – and, it seems, any router – this piece of technology does have its share of drawbacks. Besides the standard signal-dropping complaints, this router can be extremely frustrating to get replaced, too. This is mostly because of TP-Link’s return and replacement process. While certain websites and stores are easy to work with, TP-Link is not.

Additionally, there may be some confusing setup processes to follow with this device. Update functions, especially, can throw off your ability to connect to the router. Make sure everything is set up, connected, and working properly before attempting to update this router’s firmware. 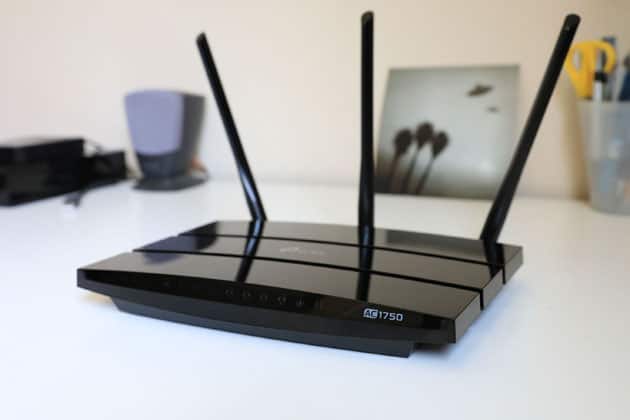 While, like all routers, this one has its own set of drawbacks, it has a lot going for it, too. For one, it’s inexpensive, and it’s (usually) quite easy to set up and use. For most users, this will be an excellent purchase, and not only because of its affordable price.

Rose Mattise
Rose has been combining her love for gaming with her passion for writing for years. She enjoys tinkering with PCs, scoping out the latest games, and whiling away the hours at her computer - usually by writing about her findings.