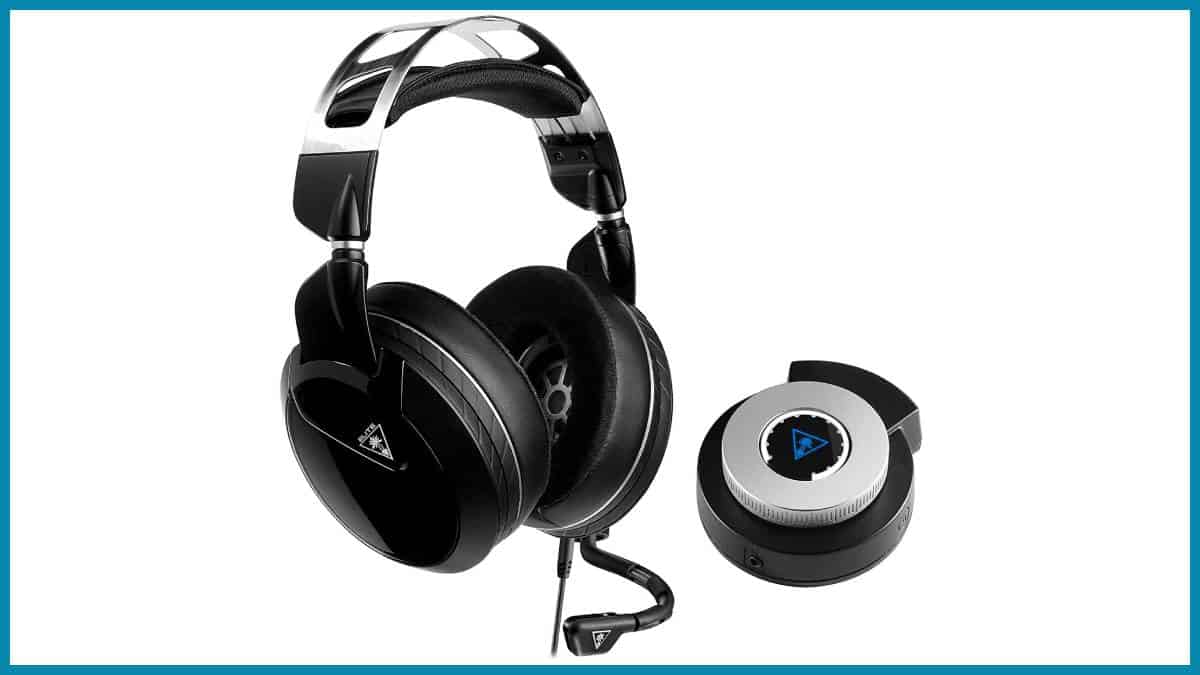 Overall, the Elite Pro 2 is such a good headset that it’s a real shame it can’t be bought separately from the SuperAmp.

The Amp itself is excellent when used on a console, but it offers very little for PC gaming aside from the SuperHuman hearing feature that’s so good that it’s ban-worthy.

The recent Elite Atlas by Turtle Beach was a smash hit and remains one of the best mid-range gaming headsets, so we’re very excited to see how the company’s new high-end Elite Pro 2 fares.

Seeing it borrow a lot in terms of exterior design from its successful predecessor was a delight, but at the asking price of $250, the Elite Pro 2 will really have to step up its game, and we’re excited to see how it does so.

From a visual standpoint, the Elite Pro 2 has one of the most stunning designs we’ve seen the company put out. The headset both looks and feels refined and premium, with even the plastic components feeling very robust and durable. Couple this with the fact that everything from the cable and the microphone to the ear cushions and ear plates is detachable, and you’ve got yourself a headset with a potentially unmatched lifespan.

As far as the color pallet is concerned, the Elite Pro 2 is available in two distinct variants: the white one that’s compatible with the Xbox One, and the Black one that’s compatible with the PS4. Both of these designs work wonderfully in tandem with the target console when placed side by side. So if you’re on the younger side of the gaming demographic and you’re sending your parents to pick these up for you, make sure to tell them that the color matters.

And, while the color choices are limited, you’re left with some customization options in the form of the aforementioned removable ear plates. The selection of alternative plates is somewhat limited at the moment, but hopefully, you’ll be able to show your support for most of your favorite teams and video games in the near future.

Aside from this, you also get a bunch of different cables and the Elite SuperAmp. The SuperAmp is a story for another part of this review, but the cable situation is pretty unique as well.

It’s important to keep in mind that this is a console-focused headset. We emphasize this point because the overall experience of using it with a console and with the PC is quite different, especially pertaining to the SuperAmp. Many of the neat and welcome features when using the amp with the Xbox One or the PlayStation 4, like for example effectively lengthening the cable or letting you listen to audio from your PC as well as the console, become irrelevant at best and aggravating at worst when connected to the PC.

In addition, only the Elite SuperAmp is Bluetooth enabled, so while this technically makes the headset somewhat wireless, the Elite Pro 2 is not a wireless headset originally. This isn’t necessarily a bad thing, but we wanted to point it out just so that there are no misunderstandings. If you want a wireless gaming headset, this ain’t it!

And finally, the Elite Pro 2 uses a USB cable instead of an optical cable. Whether this is a good or a bad thing is entirely up to you, but just know that this does make the headset compatible with fewer devices.

The Elite SuperAmp (from now on referred to as ‘the Amp’) is as big a part of the overall experience as the headset itself, so your thoughts and feelings on the Amp will basically determine your stance towards the entire product. And while there is certainly a lot to love about this Amp, it’s not without its shortcomings.

So let’s start with the good stuff. First of all, we like that the Amp has some solid weight to it, meaning that it won’t come racing towards you every time there’s some strain on the cable; it tries its best to hold its own in these tug-of-war games, and we appreciate that.

It also has a very rudimentary look to it, with only a single volume dial knob and some LED lights, but it’s what’s on the inside that counts, right? And the Elite SuperAmp certainly has a lot to offer. In addition to the Bluetooth connectivity that we already mentioned, this Amp bestows upon the Elite Pro 2 a more powerful sound, DTS Headphone: X surround sound, SuperHuman Hearing, microphone monitoring, dynamic chat boost, stream output, and a bunch of different audio presets.

The range of features it brings to the table is truly impressive, especially the SuperHuman Hearing audio tuning, which brings the frequencies of sounds like footsteps to the very forefront. If you want a competitive edge in online shooters, and especially in the current BR craze, it doesn’t get much better than this.

Now the thing that you’ll either love or loathe is the fact that all of these features are accessible only through either the PC or the mobile app. The part that bothers us the most about this is the fact that you have to reach for your phone every time you want to tinker with the chat volume, as the physical knob on the Amp only controls the master volume. Having separate dials at least for in-game and chat volumes would’ve been a welcome feature, but even with the cumbersome design taken into consideration, we feel that the Amp does offer some much-needed customizability to console gamers.

Still, the thing that works against the Amp the most is that it accounts for $150 of the $250 price tag. Great as it is, there are several things keep the Amp from being a $150 product, not least of which is the bug-riddled PC version of the app used to control it. The breadth of features otherwise not readily available makes excellent for console use, but if you need a headset primarily for PC gaming, then the Elite Pro 2 is an easy pass because the Amp just isn’t worth it.

We’ve only had good things to say about the level of comfort that the Elite Atlas provided, and Turtle Beach actually managed to step up their game when designing the Elite Pro 2. We’re again presented with incredibly thick and plush ear cushions that hug the head with all the tenderness of a soft pillow after a long and tiresome day, only this time the padding is further augmented with the inclusion of a cooling gel. This gel helps keep your ears nice and cool even after prolonged gaming sessions so that neither ear pain nor ear sweating can hamper your experience.

The floating, self-adjusting headband is also a genuine pleasure to wear, as it never presses down on your head too hard, even though the Elite Pro 2 isn’t the lightest headset around. And of course, we can’t overstress the level of added comfort and convenience that the ProSpecs relief system offers to anyone wearing glasses. All in all, we actually don’t have a single thing to criticize this headset on when it comes to comfort.

As expected, the microphone on this thing is just phenomenal. The voice it records is crystal clear, and most importantly, it remains highly intelligible even when there’s a lot of ambient noise. It’s also very smart about only picking up the sound that comes directly in front of it and does an excellent job of ignoring the rest with extreme prejudice.

It was designed to be fit for professional tournament play with live audiences roaring in the venue during matches and still provide the players with the best possible means of communication. So it’s more than well equipped to let you leave your AC on or your window open while you game. It also sounds very natural when using it to take calls while your mobile device is connected to the Amp.

The only thing we wouldn’t recommend is using Discord from your PC connected wirelessly to the Amp as a means of voice chatting while you game on the console. The sound quality will drop immensely. This is hardly a criticism of the microphone – if anything, we blame the Amp – but it is something that’s worth noting.

And now we come to the audio. Honestly, no better word describes the sound quality of the Elite Pro 2 than ‘impressive.’

We’ve compared this headset to the Elite Altas a fair bit, but while the general design philosophy behind the sound remains largely the same – meaning it was tuned specifically to cater video games – the Elite Pro 2 improves upon a lot of aspects that the Elite Atlas lacks in.

For starters, all of its frequencies sound good: the lows are powerful and punchy, the mids are pronounced and not at all lost in a typical V-shaped sound signature, and the highs are gentle and completely distortion-free even at higher volumes.

Being a gaming-focused headset, it won’t fare nearly as well when you’re using it to watch movies or listen to music. Still, thankfully the EQ presets provided by the Amp make it so that it’s not also only optimal for a single genre of video games. Choosing the different presets will cater to different genres of games, and you’ll want to get into the habit of changing them regularly if you play a lot of different types of games. Funnily enough, movies actually sound better without the Amp.

All in all, the Turtle Beach Elite Pro 2 is an excellent example of showing that longevity, comfort, and both sound and microphone quality can all be neatly packed into a single product. On its own, it’s a perfectly fine headset, but with the SuperAmp, it becomes unmatched for console use.

That said, we still would’ve liked the option to buy the headset separately from the Amp. At $100, there aren’t many headsets that could go head-to-head with it, and we could easily see it becoming an absolute fan-favorite in that price range, but alas! It is not to be.

So how do the Elite Pro 2 and the SuperAmp fare at the $250 price point?

That honestly depends mainly on how you plan on using them. They work wonders for console gaming, which is technically the primary task here, so kudos on that! But if you’re looking to spend this amount of cash on a headset that’ll be used mostly on the PC, there are better options than the fully-priced Elite Pro 2 + SuperAmp.

Speaking of which, it’s currently not at full price, so if you like what you see here, you may want to make the purchase sooner rather than later. 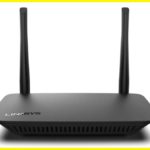