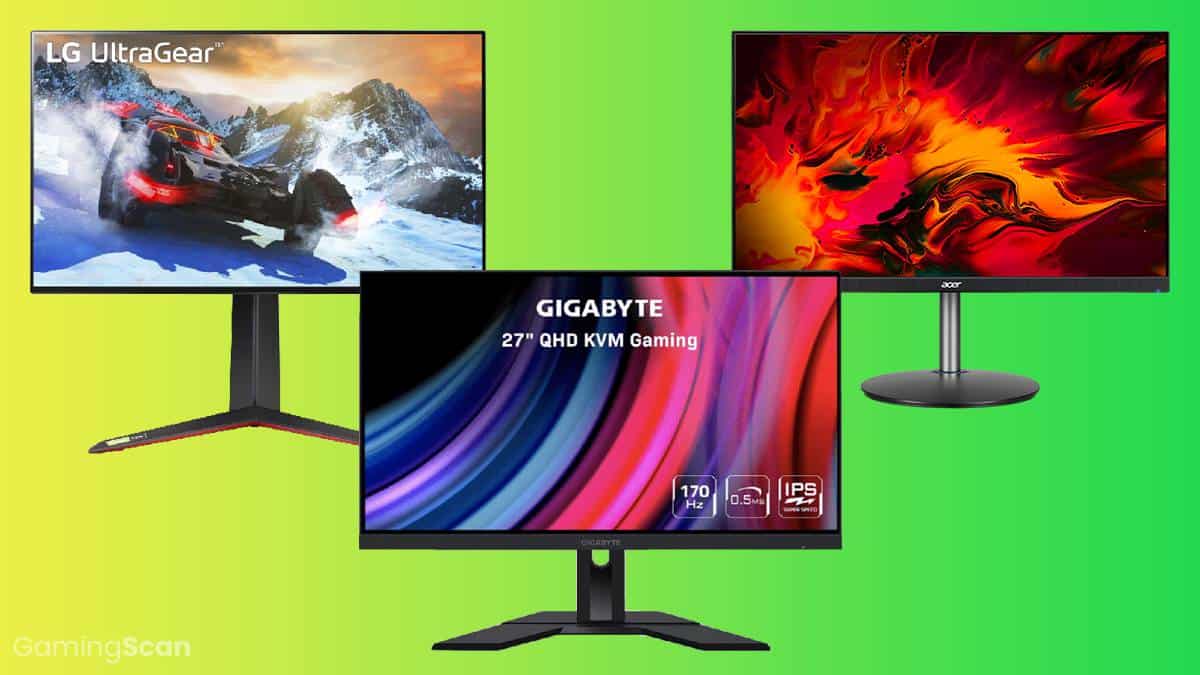 Using a monitor for gaming on the Xbox Series X/S has several advantages. Compared to TVs, monitors generally have lower input lag and are more widely available in 1440p resolution.

Most gaming monitors also have a 144 Hz refresh rate and FreeSync support. Furthermore, they take up less space since they usually come in smaller sizes.

But while most monitors will work on the Xbox Series X/S as long as they have HDMI input, the best ones are hard to find.

Among the dozens of products on the market, these monitors stand out as the best monitors for Xbox Series X/S. 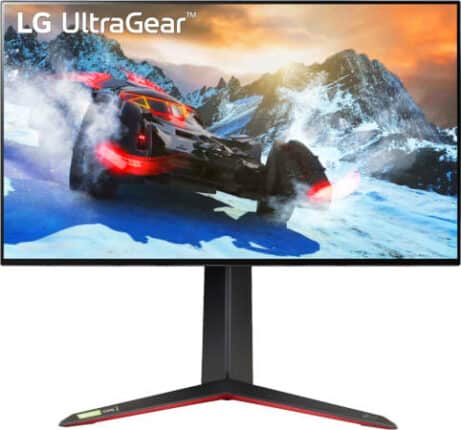 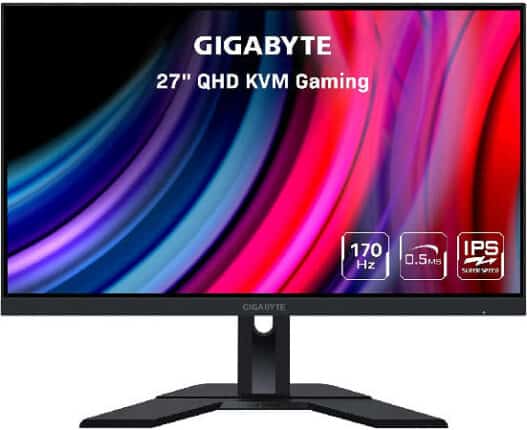 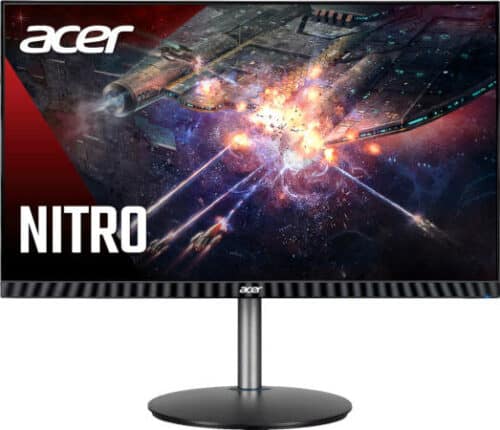 The table above gives you an overview of the best monitors for Xbox Series X and Xbox Series S today.

In the following sections, we will dive deeper into each monitor and explain why they are among the best Xbox Series X and Xbox Series S monitors.

Let’s get started with the first monitor on the list!

For the Xbox Series X, the 27GP950-B is the best gaming monitor that you can get right now. It’s one of the few monitors with an HDMI 2.1 port, allowing it to take full advantage of the console’s features.

It sells for almost $1,000, but few other gaming monitors can offer its list of features, including those selling for a similar price.

The 27GP950-B is a 27-inch 4K monitor with a native refresh rate of 144 Hz. It has VESA DisplayHDR 600 certification and supports FreeSync via HDMI for smoother gameplay.

Offering a fast response time and low input lag, the 27GP950-B is an all-around monitor. It’s great for both single-player games and competitive games like Apex Legends and Call of Duty: Warzone.

With its HDMI 2.1 port, it allows you to play games in 4K at 120 Hz. Although there aren’t many games that can actually run in 4K at 120 fps right now, it makes for a more future-proof setup.

Overall, the 27GP950-B is one of the best 4K monitors on the market. It’s a well-designed monitor that offers pretty much everything you need for gaming on the Xbox Series X, including HDR support and FreeSync over HDMI.

If you can afford it, you’ll be in for a visual treat.

Among 1440p monitors, the M27Q is easily one of the best, offering an excellent price-to-performance ratio few other products can match.

It’s perfect for both Xbox models, featuring a 170 Hz refresh rate and FreeSync over HDMI. You can use it for playing games that can run at 120 fps, whether the resolution is set to 1080p or 1440p.

The M27Q is built for fast-paced games, including competitive games. In addition to its high refresh rate and FreeSync feature, it has a very fast response time and extremely low input lag.

For single-player games where picture quality is more important, the M27Q is also great. It has high pixel density and excellent color accuracy out of the box. It can also get bright enough for gaming in a well-lit room.

But don’t expect too much regarding HDR. The M27Q has VESA DisplayHDR 400 certification, but its HDR performance is mediocre – it’s one of those monitors that will make you skeptical of HDR monitors.

With the M27Q, you get one of the best 1440p monitors for less than $400. It’s loaded with features and offers superb gaming performance. And unlike some gaming monitors with fancy stands, it won’t take up a lot of space on your desk.

If you have a limited budget, the XF243Y is the best monitor for Xbox Series X/S, especially if you mostly play first-person shooters, racing games, and other fast-paced games.

It’s the most affordable product listed here, normally selling for around $200, an excellent price for what it brings to the table.

The XF243Y is a gaming monitor with a 144 Hz refresh rate and a 1080p resolution, which looks perfect on its smaller 24-inch screen. It will allow you to play games at 120 fps even if you have the less powerful Xbox Series S.

Additionally, it supports FreeSync over HDMI and boasts a fast response time and negligible input lag – all big pluses if you love to play competitive games like Overwatch and Rainbow Six Siege.

For single-player games with pretty visuals, the XF243Y is also a good budget monitor.

Its overall picture quality is better than most IPS monitors in the same price range, with great color accuracy out of the box and wide viewing angles, but it has a low contrast ratio.

While limited in features, the XF243Y easily stands out as one of the best monitors under $200, offering good picture quality and smooth performance. It’s a highly recommended monitor if you simply want to play games at 120 fps, with or without FreeSync, on your Xbox Series X/S. 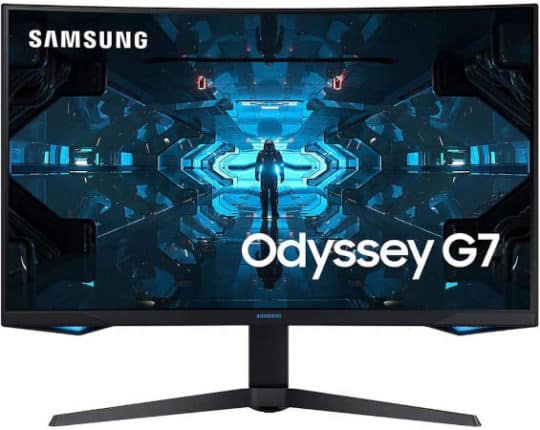 It’s available in 27 inches and 32 inches, with the latter being our recommendation if you want a more immersive gaming experience. The resolution is 1440p for both models.

Featuring a curved screen and RGB lighting, the G7 is a FreeSync monitor with an extremely high 240 Hz refresh rate. The refresh rate is limited to 144 Hz over HDMI, but this is a non-issue since your console is also limited to 120 fps.

The G7 has good picture quality and is suitable for different types of games, including horror games, first-person shooters, and RPGs.

It has a superb contrast ratio, with the capability to display very deep blacks, and boasts exceptional response time and input lag. HDR performance is also good – the G7 has VESA DisplayHDR 600 certification – but viewing angles are narrow.

Although the G7 is quite expensive, it’s worth every penny, especially if you also intend to use it for PC gaming. You will need a larger desk for it, though, as it takes up more space due to its curved screen and bulky stand. 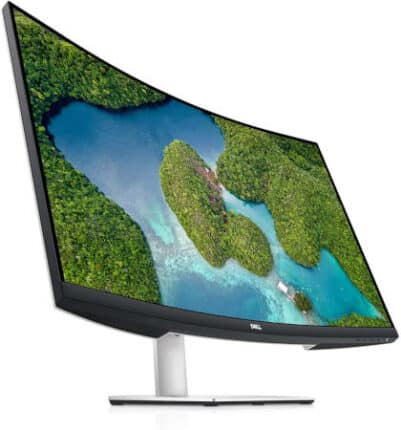 The S2721QS is a 4K monitor that looks like an office monitor on the outside but works really well for gaming on the Xbox Series X. It’s significantly more affordable than the LG 27GP950-B, selling for well under $500.

A 27-inch IPS monitor, the S2721QS has a simple design, featuring thin bezels and a fully adjustable stand. It has two HDMI 2.0 ports that support FreeSync, with a FreeSync range of 40-60 Hz.

While not recommended for competitive games, this Dell monitor is great for single-player games like Kingdom Hearts III. In addition to its excellent color accuracy (99 percent sRGB coverage), it has a good contrast ratio for an IPS monitor.

Both response time and input lag are also good, especially the latter. Response times are fast regardless of the overdrive setting, while input lag is unnoticeable.

The S2721QS is limited to a 60 Hz refresh rate, but this isn’t a deal-breaker since most games can’t run past 60 fps, even on the Series X model.

If you want a regular 4K monitor for gaming on the Xbox Series X, the S2721QS is one of the best options on the market, especially if you have a limited budget. It’s not as versatile as the LG 4K monitor, but it’s great for playing single-player games.

The Xbox Series X and Series S both support 1080p and 1440p, but only the more powerful Series X model fully supports gaming in 4K.

For the Series S model, the target resolution is 1440p. While the console can upscale to 4K when connected to a 4K monitor, it won’t be the same as gaming in native 4K on the Xbox Series X.

You can also stream media in 4K on the Xbox Series S, which is a plus if you intend to use it for both gaming and watching movies on streaming platforms like Netflix.

You can play games at 120 fps on both Xbox models, provided that your monitor also has a refresh rate of at least 120 Hz.

Finding gaming monitors that can run at 120 Hz is easy since most models nowadays have a native refresh rate of 144 Hz. Of course, finding the best one among the bunch is a different story.

The list of Xbox games that can run at 120 fps is still short, but there are significantly more titles to choose from compared with the PS5. The list includes popular games like Sea of Thieves, Call of Duty: Warzone, and Overwatch.

However, some games can only run at 120 fps in lower resolutions. Additionally, some games don’t support 120 fps on the Xbox Series S at all, which is due to the console’s slightly inferior hardware compared to the Series X model.

The Xbox Series X/S has an HDMI 2.1 port. This allows gaming in 4K at 120 Hz on the Series X model, but not on the Series S model.

If you have the Xbox Series X and want to take full advantage of the console’s features, you need a monitor with an HDMI 2.1 input port.

Unfortunately, monitors with HDMI 2.1 are still not widely available. And the ones currently out on the market are very expensive.

If your target output is 1080p at 120 Hz, you can still use monitors with the even older HDMI 1.4, but it’s best to stick to more recent models that already use HDMI 2.0.

Be aware that not all monitors with high refresh rates support 120 Hz through HDMI. You need to check this in the monitor specifications or manual.

In addition to 120 Hz, the Xbox Series X/S also supports variable refresh rate technology and is compatible with FreeSync monitors.

With FreeSync, the monitor dynamically matches its refresh rate to the console’s GPU output instead of refreshing at a fixed rate.

This reduces screen tearing – which is when the monitor is displaying multiple images at once – for smoother performance, as long as the frame rate is within the FreeSync range.

To take advantage of FreeSync, you need a monitor that supports FreeSync through HDMI. If FreeSync is limited to DisplayPort, you can’t use it regardless of your console model.

In the end, your choice will depend on your preferences and budget. Obviously, it’s easier if you have a big budget, allowing you to simply focus on finding a monitor that matches your needs.

If money is not an issue, the LG 27GP950-B is the best monitor that you can get specifically for the Xbox Series X. It has everything you need, including HDR support and HDMI 2.1 for gaming in 4K at 120 Hz.

The Gigabyte M27Q and the Acer Nitro XF243Y are more affordable options if you don’t care about 4K gaming and just want to play games at 120 Hz. The M27Q is a 1440p monitor while the XF243Y is a 1080p monitor; both monitors have excellent gaming performance.

The Samsung Odyssey G7 and the Dell S2721QS are alternatives to the M27Q and the 27GP950-B, respectively. The G7 is similar to the M27Q in gaming performance but has a VA panel instead of IPS, while the S2721QS is a cheaper option if you want a regular 4K monitor.

You can’t really go wrong with the monitors listed in this product guide. All of them are great for gaming on the Xbox Series X/S, with fast response times, low input lag, and FreeSync support. 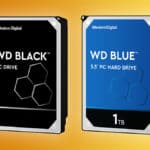