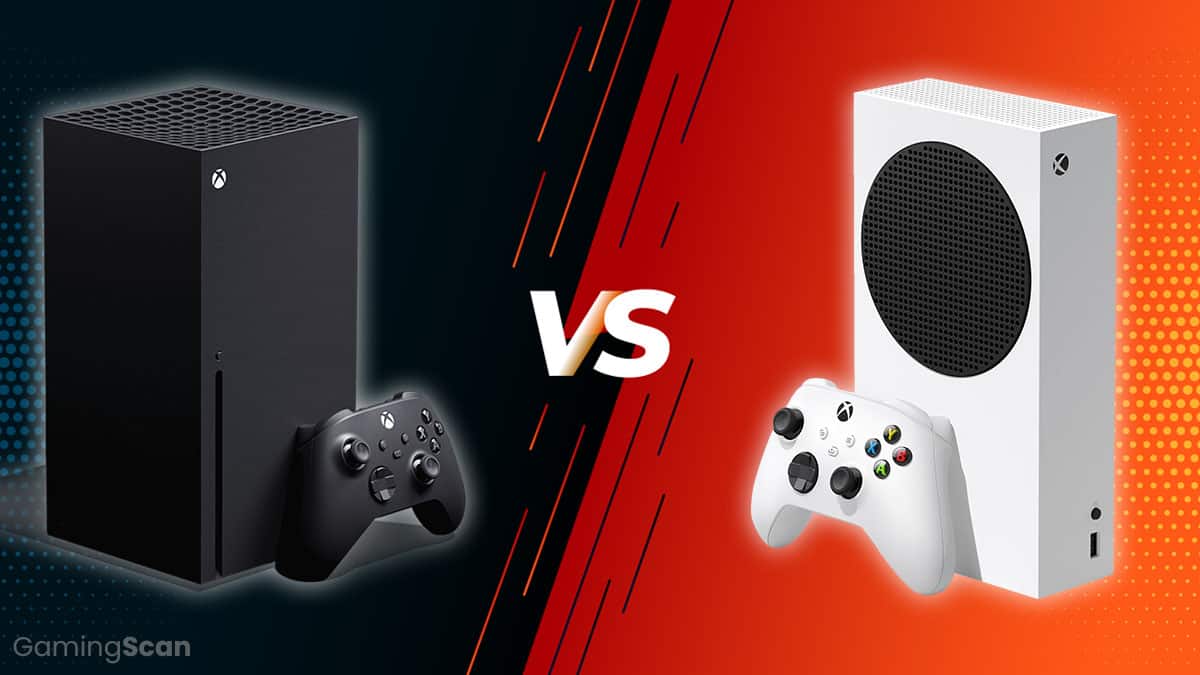 Those who had been following the news about the upcoming new generation of consoles in the weeks before their release received a pleasant surprise when Microsoft finally confirmed that the existence of the Xbox Series S, a budget-friendly alternative to their flagship Xbox Series X console.

Released on November 10, 2020, the Xbox Series X and Series S consoles cost $500 and $300, respectively. But what exactly are the differences that make for this gap in pricing?

In this article, we’ll answer precisely that, taking a look at what the respective strengths and weaknesses of these two consoles are, how they compare to one another, and to their main competitor – the PlayStation 5.

So, if you’re on the fence about which console is the right choice for you, read on!

Xbox Series S — What Is It?

Design-wise, the Series S console is highly compact, relative both to the Series X and the older Xbox consoles. As a matter of fact, it is the smallest Xbox to date. While it is only slightly shorter than the Xbox Series X, it is also much slimmer, making its appearance more reminiscent of the previous-generation Xbox One consoles than of the Series X’s monolithic design.

The two-tone black-and-white exterior is a bit of an unusual choice for an Xbox, although it definitely seems to be “in” at the moment and it does help distinguish the Series S from its last-gen counterparts.

Overall, the console’s relatively inconspicuous, sleek, and compact exterior has largely been positively received. Apart from being aesthetically pleasing, the console doesn’t take up much shelf space and is much more portable than its pricier counterpart.

But enough about the design – how does it fare in action?

Now, on the hardware front, the Series S, understandably, lags behind the Series X. While it uses the same 8-core Zen 2-based CPU (albeit at a slightly lower base clock speed), the GPU has been scaled down considerably—not only is the number of CUs almost three times lower (20 compared to the Series X’s 52), but the clock speed is lower here as well.

As a result, the Series S will offer roughly a third of the Series X’s graphics processing power when expressed in teraflops: 4 compared to the pricier console’s 12.15. Because of this, the Xbox Series S renders most games in 1440p rather than native 4K, meaning that the resolution is upscaled when the console is hooked up to a 4K display.

Of course, the GPU isn’t the only area where Microsoft had to downscale the Series S, as the cheaper console offers less memory as well. Namely, it comes with 10 GB of RAM and a 512 GB SSD, down from the Series X’s 16 GB of RAM and 1 TB SSD.

Finally, the Xbox Series S is also a digital-only console, meaning that it will come without a Blu-ray drive. This is an understandable decision, as it was Microsoft’s intent to offer the cheapest console possible that would still be able to run next-gen games, and a 4K UHD Blu-ray drive is by no means a cheap component.

So, we have established that the Xbox Series S is a weaker and cheaper alternative to the Xbox Series X, but the real question is: does the price gap make up for the performance gap?

Well, the difference in pricing is nothing to scoff at here. As mentioned in the introduction, the Xbox Series X is priced at $500 while the Xbox Series S costs only $300, making it $200 cheaper than the “standard” console. So, what do you get with each one, in practical terms?

First of all, there’s the question of performance, which is where the biggest practical difference between the two consoles lies.

In terms of in-game performance, both consoles are aiming to, ideally, deliver 60 FPS and both are capable of going as high as 120 FPS when it comes to certain titles. However, as mentioned previously, they do so at different resolutions—while the Series X is targeting true native 4K, the Series S renders most games in 1440p and upscales the resolution if necessary, i.e., if it is connected to a 4K display.

In spite of this, it is worth noting that both consoles fully support real-time ray tracing, so combined with proper optimization, you can rest assured that next-gen games do look like next-gen games, even on the Series S. As to whether you mind gaming in upscaled rather than native 4K, that is something of a subjective matter.

Overall, it’s important to keep in mind that the exact performance and graphics quality will vary from game to game based on how demanding and how well-optimized it is, rather than depending on raw hardware power alone.

Furthermore, there’s also the question of memory. While the difference in RAM capacity isn’t something that will lead to any overt difference in performance, some will undoubtedly find the more limited storage space less than ideal in 2023.

Namely, with games taking up more and more space, a 512 GB SSD simply won’t be enough to store more than a few AAA games at a time. And though this won’t be a problem for everyone, it’s worth keeping in mind if you’re the kind of person who likes to have a ton of games downloaded and ready to go.

Of course, both consoles will feature expandable storage, but that would constitute an extra cost on top of the price of the console itself.

So, while the Xbox Series S is significantly weaker on paper, is it still worth it, considering the price gap?

As usual, this is a largely subjective matter. If you don’t have a 4K TV and don’t plan on upgrading, then the Series S is obviously the superior product in terms of value. Moreover, if you care more about saving $200 than about getting the best performance and graphics possible out of the latest games, then it’s still the clear winner.

On the other hand, the Xbox Series X isn’t all about better visuals and better 4K performance. Namely, it also comes with a 4K UltraHD Blu-ray drive, whereas the Series S doesn’t feature a disc drive at all.

Now, 4K UltraHD Blu-ray players are expensive and most of them would easily cover the $200 price gap between the two consoles, so it’s definitely something to keep in mind if you intend on using the console as a Blu-ray player. However, there’s also the matter of physical game copies.

While some gamers simply prefer having a physical game library, owning physical copies means that you are always free to sell them or buy used games and save money in the long run. That said, some would find being limited only to Microsoft’s store when purchasing games and other media a tad too restrictive.

With all that in mind, it should be easy to decide which of the two consoles would be a better fit for your needs and your budget. To summarize, the key differences are:

We can’t wrap this article up without touching upon the question of which of the two consoles wins on the budget front of the latest iteration of the “console war”, as both Microsoft and Sony are offering more budget-friendly alternatives to their new consoles this time around.

So, while both the Xbox Series S and the PlayStation 5 Digital Edition are aimed at the more budget-conscious gamers, the latter offers the exact same performance as the “main” console and is merely lacking the 4K UHD Blu-ray drive.

Naturally, this reflects on the price. At $300, the Xbox Series S is remarkably cheap but it comes with a performance/graphics downgrade. On the other hand, at $400, the PlayStation 5 Digital Edition offers the same kind of 4K performance that its $500 competitor does. So, which of these two offers better value?

Rather, a range of other factors come into play here. Can you take advantage of the console’s backwards compatibility? Which exclusives do you want to play? Which platform has better subscription services? What about VR games?

That said, we suggest checking out our main PlayStation 5 vs Xbox article where we compare the two platforms more thoroughly, so it should help you decide which “team” you want to be on during this console generation.

And so, that would be it for our comparison of the Xbox Series S and Series X consoles. Both of them certainly have their merits, but which of the two you ultimately go with is going to depend largely on your personal preferences and your budget.

If you intend on getting any of the new consoles, let us know in the comments which one you’re getting and why! 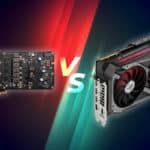 GPU vs Graphics Card – What Is The Difference?
Related Topics Tags