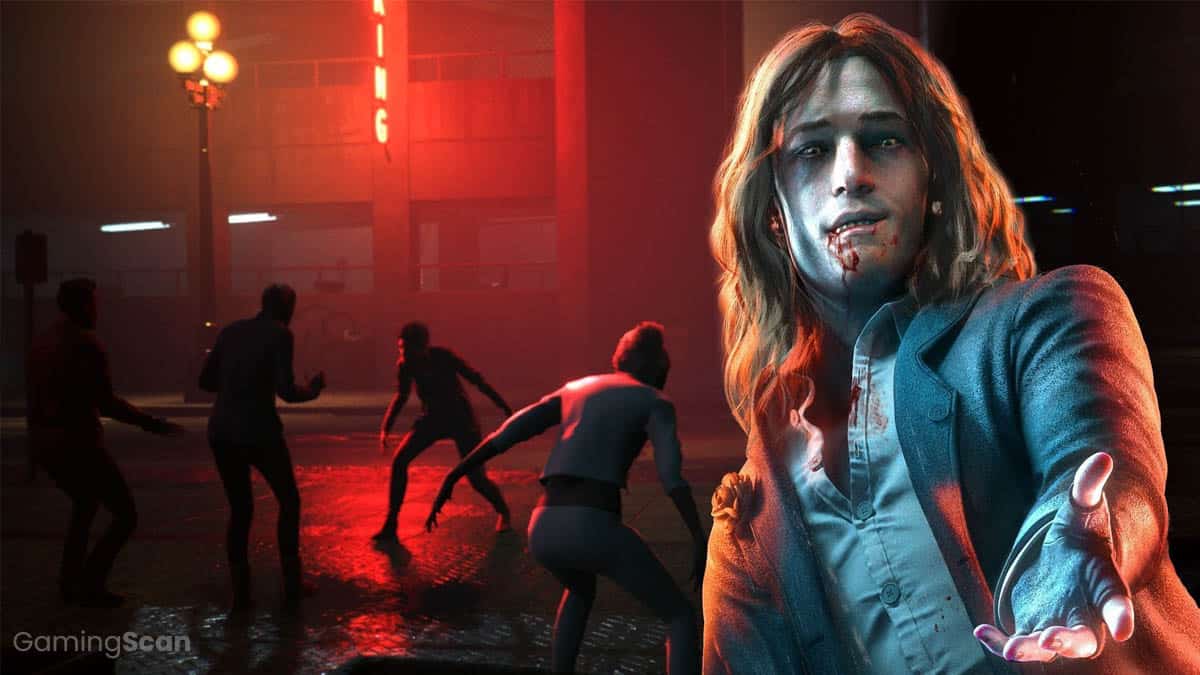 Vampire: The Masquerade – Bloodlines is one of those games that, despite technical difficulties and troubled development, managed to make its way into the gaming hall of fame. And, as the popular internet saying goes: whenever you mention it, someone will reinstall it!

It is an action RPG with a gripping storyline, excellent writing, memorable characters, and deep lore, and it is precisely these things that make it such an oustanding title, despite the spotty combat and the plethora of bugs that plagued it at launch and were only fixed by fans years after the game’s initial release.

Now, if you’ve finished Bloodlines and don’t know where to go next, read on, as we’ll be listing some similar games that can help keep you occupied until the release of Bloodlines 2. 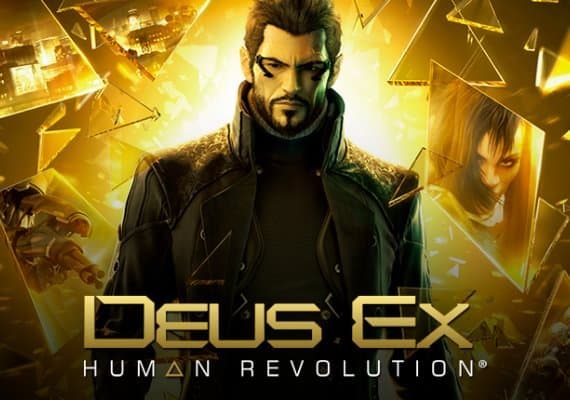 The cyberpunk setting has a lot of similarities with the World of Darkness – they both present dark, violent dystopias where invisible forces control the fate of humanity through complex global conspiracies. In that respect, as well as a few others, Deus Ex: Human Revolution is a game very similar to Bloodlines.

First and foremost, while it isn’t a full-on action RPG, it is a stealth action game with some RPG elements that allow the player to customize their playstyle and take different approaches to handling enemy encounters.

The game’s world includes several city hubs, much like Bloodlines, and a series of well-designed levels that allow the player to take multiple paths, depending on their equipment and ability set. On top of that, there is plenty of dialog and important choices to be made on the way towards unraveling a massive conspiracy, so Vampire: The Masquerade fans should feel right at home.

Human Revolution also got a sequel in 2016 in the form of Deus Ex: Mankind Divided, although it wasn’t received anywhere near as well. On the other hand, the original Deus Ex from the year 2000 is still worth playing if you don’t mind the clunkiness that inevitably comes with older games. After all, along with Bloodlines, Deus Ex is often cited as one of the all-time greats! 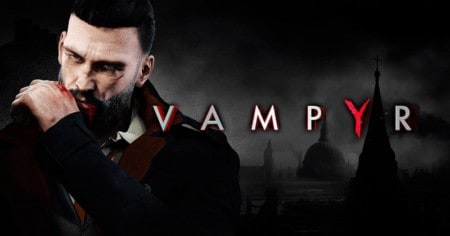 Vampyr is a more modern action RPG that shares a lot of common ground with Bloodlines, although there are more similarities when it comes to the lore and the setting than in terms of the gameplay or the overall execution.

The game is played from a third-person perspective and borrows some combat elements from the Souls series, although the bulk of the gameplay comes down to elements seen in other recent action RPGs released throughout the 2010s. This includes a crafting system, a somewhat bare-bones leveling system, as well as a semi-open world that the player can explore.

Ultimately, there are many characters that the player can interact with (too many, some would say) and there are some moral choices to be made along the way, although Vampyr’s main enemy ends up being its repetitiveness. Regardless, it is one of the better high-budget vampire games made to date, so Bloodlines fans might want to check it out. 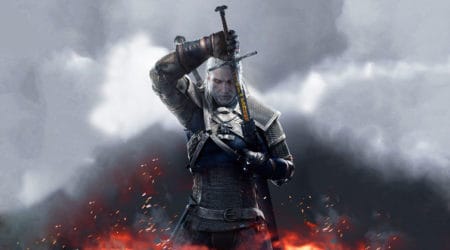 Here is a title that’s often brought up these days when RPGs and games in general are being discussed—The Witcher 3: Wild Hunt. Granted, it’s not a game that would first spring to mind when we’re talking about games similar to Bloodlines, but they do have a lot in common.

Much like Bloodlines, the Witcher takes place in a dark world where evil runs rampant and where it sometimes isn’t entirely clear who the real monsters are. Sure enough, it’s not quite as subtle but it still focuses a lot on the supernatural and on moral grey areas. Besides, both titles are considered to be a part of the “best games of all time” pantheon, so that’s worth keeping in mind, too.

Gameplay-wise, it’s a third-person RPG that focuses mainly on sword fighting, although simple spells (witcher signs) and various alchemical potions and oils also come into the equation, allowing the player to diversify and customize their playstyle to a certain degree.

The game even features vampires, albeit you play as the hunter of monsters this time around, rather than as one of them. And though vampires are hardly central to the base game, the second expansion—Blood and Wine—has them as one of the main themes. 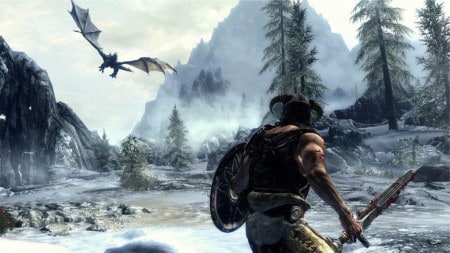 Next, there’s another famous RPG that most people have played by now—The Elder Scrolls V: Skyrim. And while Bethesda’s hit open-world RPG is virtually nothing like Bloodlines at first glance, it is still one of the few modern games that lets you assume the role of a vampire.

Much like The Witcher 3, Skyrim features vampires in the base game, but they don’t get much attention. However, one of its DLCs—Dawnguard—focuses heavily on them and allows the player to choose whether they want to experience the DLC’s storyline as a hunter or as a vampire. Naturally, the choice affects not only the story, but also the weapons and abilities that the player will have access to.

Gameplay-wise, vampirism offers some passive effects and active abilities that can augment virtually any playstyle. Moreover, if the player sides with the vampires, they get access to the unique Vampire Lord form that has its own special set of abilities, as well as a unique skill tree of its own.

But of course, Skyrim overall isn’t a game all that similar to Bloodlines in tone or execution, but nonetheless, if you’re longing to play as a vampire in another RPG game, it’s an option. 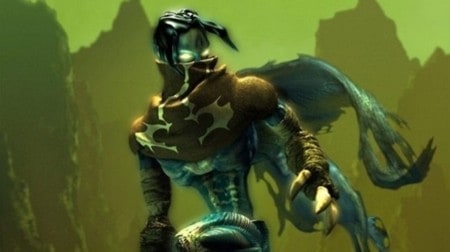 One of the franchises that will almost always get brought up whenever vampire games are being discussed is the Legacy of Kain series. And while this is a 7-part franchise, the fans of the series generally feel that Legacy of Kain: Soul Reaver is the best of the bunch.

This is an action adventure game that follows a familiar formula, changing gears between hack ‘n’ slash action segments and puzzle solving, making good use of one of the game’s core mechanics—the protagonist’s ability to shift between the physical and astral realms.

Now, Soul Reaver is a very old game—over 20 years old at this point. That said, the graphics aren’t much to look at and the gameplay, while somewhat clunky by today’s standards, still holds up quite well and we’d say that the game is more than worth playing even in 2022. This goes for the entire Legacy of Kain series, if you don’t mind the outdated visuals and occasional clunkiness. 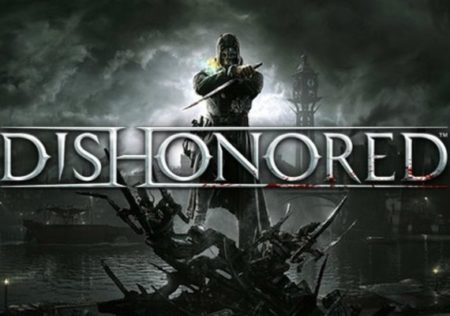 Moving on, we have the action-adventure stealth hit from 2012—Dishonored. Set in a dark, decaying world that’s saturated with steampunk vibes, Dishonored really hits the nail on the head when it comes to the atmosphere and the themes that the World of Darkness is known for exploring.

We’ve mentioned that Dishonored is an action-adventure game, and while it has some RPG elements and offers a degree of player agency, it shines the brightest when it is approached as a stealth game. With the non-linear level design, great mobility, and all the gadgets and magical abilities that the player has at their disposal, Dishonored is a perfect example of a stealth sandbox done right.

All in all, with its dark world, a plot revolving around a big conspiracy, and the overbearing occult and Lovecraftian themes, Dishonored is definitely similar to Bloodlines when it comes to the overall “vibe”, although it’s not a full-blooded RPG. Regardless, fans of action and especially fans of stealth games are bound to have a field day with it.

Furthermore, Dishonored has received two sequels: Dishonored 2 and Dishonored: Death of the Outsider. So, if you like the tone and the gameplay formula of the first game, there’s more where that came from.

We’ve already mentioned that the World of Darkness and Cyberpunk have a lot in common, so how can we not mention one of the most anticipated cyberpunk games made to date—Cyberpunk 2077?

CD Projekt Red’s latest game lets players experience the world of cyberpunk like never before, free to explore the diverse areas of a living, breathing metropolis, all the while also featuring a classic, more fleshed-out system than most action RPGs in recent memories. That said, the player character is highly customizable, both in terms of their appearance and abilities.

With customizable stats and three different classes with different specializations (Solo for combat, Techie for machines, and NetRunner for hacking), Cyberpunk 2077 gives players plenty of options when it comes to choosing how they’ll approach different challenges, not to mention that it will give the game a ton of replay value, too.

Though the game’s launch was surrounded by no small amount of controversy, particularly due to how the last-gen console versions were downright unplayable and since it launched in a seemingly unfinished state, Cyberpunk 2077 still delivers an amazing story and engaging gameplay experience that is definitely worth giving a shot—ideally after all the bugs are ironed out.

And so, that would be our selection of the best games similar to Vampire: The Masquerade – Bloodlines! As mentioned in the introduction, its setting and execution make Bloodlines a very unique experience, so few games can really compare.

Many were overjoyed when the sequel, Vampire: The Masquerade – Bloodlines 2, was announced, although others received it with an understandable amount of apprehension that turned out to be quite justified after all the road blocks that the game hit in its development.

In the end, it’s unlikely that the sequel will ever manage to come close to topping the glory of the original, but we can only wait and see how it turns out. 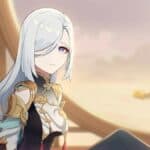