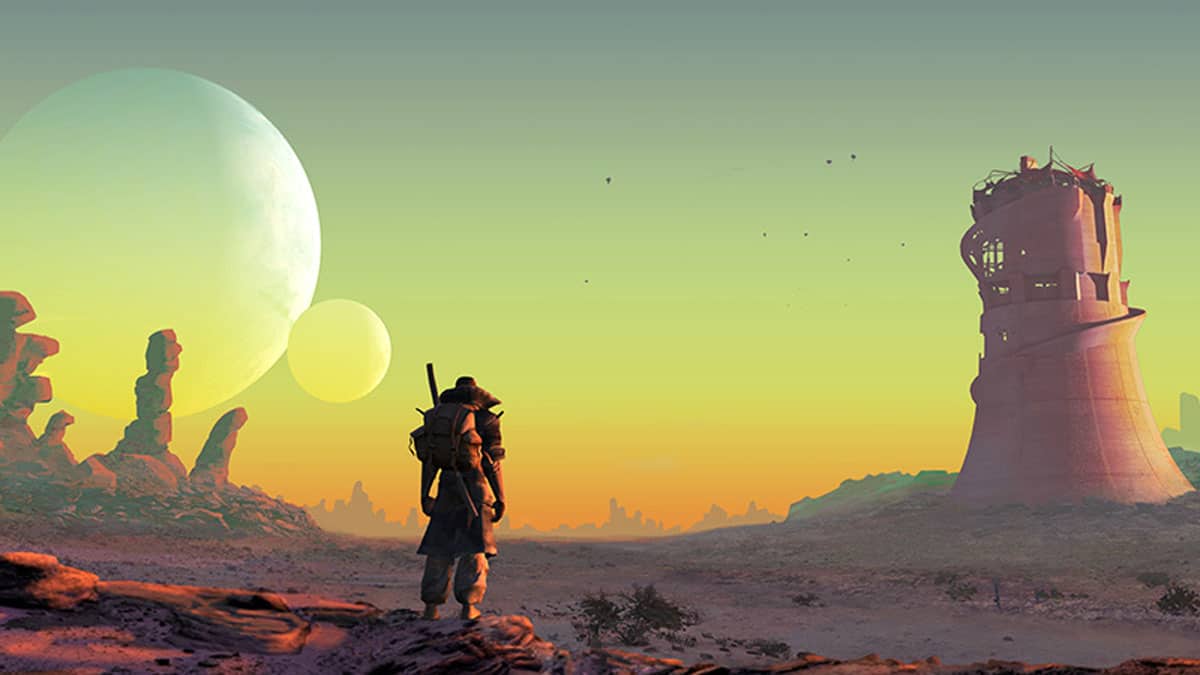 Kenshi is an open-world survival RPG that sees you exploring a harsh wasteland filled with infinite challenges and opportunities.

While it’s steep learning curve can be brutal for new players, those who persevere usually end up getting hooked on Kenshi’s unique and unpredictable systems.

We’ll be updating this list in the future with new titles, so make sure to check back and let us know if we missed any of your favorite games similar to Kenshi!

Billed as a PvE-focused open-world survival crafting co-op game, Valheim sees you and your friends exploring a vast primordial pool in the tenth Norse world.

Environments are teeming with untapped resources that must be harnessed to keep your Viking hero fed, well-rested, and safe from enemy attacks.

To this point, the game features a base-building system that sees you constructing longhouses and filling them with furniture, fortifications, and various workbenches for all your Viking needs.

If you’re craving more PvP survival games like Kenshi, then SCUM’s brutal reality show setup where the world’s toughest criminals throw down on a remote island will likely hold your attention.

In it, you and other players compete to be the last man standing while overcoming challenging obstacles such as mutated wildlife, evil machines, and rogue military operatives.

SCUM also likes to get hyper-technical with its survival mechanics and features a unique metabolism system where health and other stats rely on consuming nutrients, vitamins, and minerals.

Initially conceived as an ARMA 2 mod, DayZ has gone on to become one of the top sandbox survival games in the market.

Much like Kenshi, the game is known and revered for its unforgiving gameplay, high skill ceiling, and controversial playerbase.

While its numbers aren’t as high these days due to the increased competition in its genre, DayZ is one of the original PvP sandboxes.

Conan: Exiles is another survival game that features a hellish open-world sandbox filled with monsters and resources you’ll need to build bases and weapons.

Similar to Kenshi, you’re free to carve out your own path and focus on the areas of the game you enjoy.

For you, this may mean discovering every piece of lore you can, decking out your base with fancy furniture, or going around capturing and enslaving NPCs.

Medieval Dynasty is an open-world survival game that leans into the squad management aspect of Kenshi’s gameplay.

Set in Europe during the Early Middle Ages, the game sees you establishing your own colony in the hopes of turning it into a prosperous dynasty that will last for generations.

You’ll be defending your people from wild animals, providing food and shelter, and turning your small settlement into a bustling village.

The further you get in Kenshi, the more significant base-building becomes as dozens of characters join your squad.

Another game that emphasizes base-building is Factorio, which centers on automating machines to gather and refine resources for your very own production paradise.

Frostpunk is another game like Kenshi that offers base-building in addition to colony management simulation.

The game takes place in an alternate world where a new ice age has come about during the 19th century.

You play as the leader of a settlement that maintains its survival through a steam-powered heat generator located in the heart of the village.

Taking things even further, RimWorld features a near-perfect blend of base-building, survival, and strategy game mechanics that may appeal to fans of Kenshi.

The game lets you pick from several biomes before crash-landing with a team of space colonists with both physical and emotional needs that must be met to flourish.

Its deeply-rewarding gameplay loop is further complemented by an AI-driven storyteller that’s known for its hilariously morbid scenarios.

Similar to Kenshi, Mount & Blade II: Bannerlord is a systems-driven sandbox game that lets you role-play as various character classes based on its medieval setting.

Whether you’re interested in becoming a famous jouster, wealthy tradesman, sword-for-hire, thief, or more, there are numerous paths to explore.

The game also features a party system and management component reminiscent of Kenshi, in which you lead armies of hundreds or more into battle.

If your favorite aspect of Kenshi is how cruel the game’s open-world can be, there’s a good chance you’ll enjoy Kingdom Come: Deliverance’s equally sadistic setup.

In it, you play as the son of a blacksmith who joins a group of rebels to protect others after his parents and village are slaughtered by raiders.

You’re not some magical or charismatic hero but instead a bumbling oaf facing the same obstacles as everyone else, including finding food, water, and a place to lay your head at night.

Like Kenshi, Ark is one of those games you either really love or really hate depending on your personal tolerance for grinding, griefing, and game-breaking bugs.

With that said, it incorporates some fun new ideas into the survival genre, namely the ability to tame wild animals to have them carry items and defend your base.

While PvP combat can be tough, especially for new players, the single-player mode allows you to craft intricate fortresses without worrying about another person blowing it up.

The Forest is a horror-themed open-world survival game that sees you playing as a father searching for his son after the pair crash-land on a remote island occupied by cannibalistic mutants.

It offers base-building, crafting, and first-person combat coupled with a reactive enemy AI that behaves differently depending on the time of day.

After dark, its not uncommon to find yourself getting swarmed by the not-so-friendly local inhabitants.

Like Kenshi, Rust mimics real-life through mechanics like hunger and thirst in addition to physical conditions ranging from hypothermia to radiation poisoning.

There are also wild animals to watch out for, hostile NPCs, and the worst of them all, other players who will try and raid your base.

The best part is that most of what you do in Rust is unscripted, allowing for some truly bizarre and exciting moments, especially your interactions with other players.

State of Decay 2 sees you managing a community of survivors in a post-apocalyptic world teeming with undead monsters.

Like Kenshi, it has you starting with a single character and recruiting additional ones as you progress by scavenging for supplies and fortifying your base.

Resources in each map are limited, forcing you to carefully decide what goals you want to achieve and which skills you’d like to invest in.

However, getting to them is no small feat since most of the game revolves around trying to survive life on an alien planet through resource-gathering and crafting.

It features a wide selection of space ships and vehicles that allow you to travel great distances to establish stations and set up outposts. 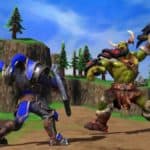